One evening, after a onerous day of work at the computer, I though it would be relaxing to spend some time outside and take pictures of the setting sun. There was an overlook on a nearby hill that I thought would be a good vantage point for the sunset, so I packed up the camera and headed outside.

I have found that the sun always goes down faster than I plan for. After getting about half way there, I noticed that not only was the light gone on the surrounding landscape, but also that sun would very soon be gone behind the next ridge of mountains. I don’t typically run with my camera gear, but this was a special situation. 🙂 I took a little shortcut to reach the overlook, and scrambled to the top of the ridge where I thought the overlook was. But there was nothing; nothing but dense forest between me and the brilliant orange sky. Where was the overlook? On the next ridge? Nope. I had only been scouting here once before, so perhaps I missed it by taking the shortcut. Back down the mountain I went and took the mail trail through a saddle and up onto another ridge. Still nothing.

It was at this point that I knew I wouldn’t be able to make it anywhere in time for a good picture. So I stopped, set the camera aside, found a place I could faintly see the bright red sun and distant mountain ranges through the branches, and tried to simply  enjoy the beauty and stillness of the moment.

It’s nice to get pictures, but missing a photo op isn’t the end of the world. It’s vital to learn to hold all things loosely, and to consciously choose to set all affections on things above instead of on things on the earth.

Though not of the sunset, here are a few snapshots from the hike. Also, I found out later that the overlook was a little further up the trail than I had remembered. Hopefully there’ll be a next time. 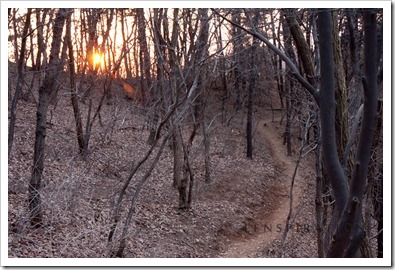 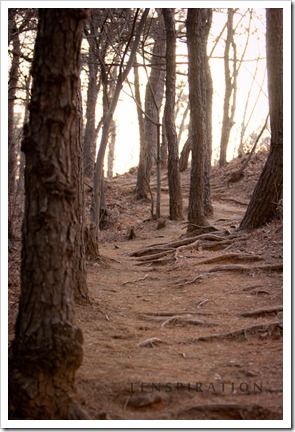 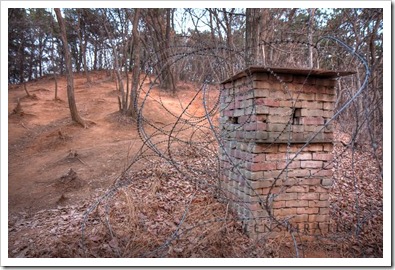