Pic of the Month: February ‘12

You would think that with yesterday being Leap Day, I would have had my Pic of the Month for February all done and ready to be posted first thing this morning! But alas, it is all too true that regardless of how many hours are in a day or how many days are in a week, I can always find something suitable enough to fill them up with. This is why God had to command us to rest one day out of every seven. 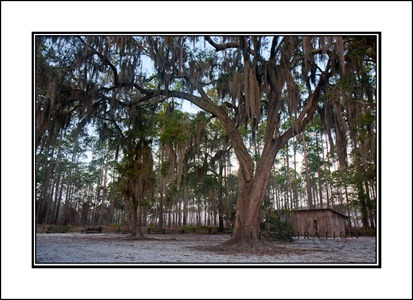 But trust me, I’m not always like that. I don’t always have something going on all the time. I mean, really, I’m actually early sometimes! Or at least I would like to think so; but alas again! some folks think that 5 minutes early is actually on time. So what do I say to that? Fine! I’ll be 30 minutes early!

Though I went to bed after midnight on a Friday several weeks ago, I got up at 5:00 in the morning to drive out to Okefenokee for a pristine, awe-inspiring, perfect sunrise. You know, it’s not every Saturday that one has the opportunity to take pictures in the wild swamplands of Georgia! Sunrise was at 6:30, so if it takes me half an hour to get ready and half an hour to drive to the entrance, than it means I’ll be half an hour early with plenty of time to find a spot to take pictures of the sunrise. I was excited. I was going to be early for once!

All went as planned until I reached the entrance of the park. As scheduled, it was 6:00 on the dot. But instead of looking at a beautiful sunrise burning mist off a wetland landscape, I sat in the car for half an hour staring at a big sign on an even bigger gate spanning the road that said “Closed from Sunset to Sunrise.” Why did I even try to get here early?!

Perhaps I should have asked myself why I had planned the excursion . . . late at night; if it’s posted at the front entrance, it’s more than likely to be posted on a website. As long as I live, I will always be able to find things suitable enough to fill up my time. So that’s why it’s imperative to not lose the bigger picture by choosing to put first things first in the order that God designed: God first, others second, and self last. That way, we will never be late for the most important things.