At 2:20 this morning, on April 15th, exactly 100 years ago, the RMS Titanic slipped beneath the surface of the North Atlantic. 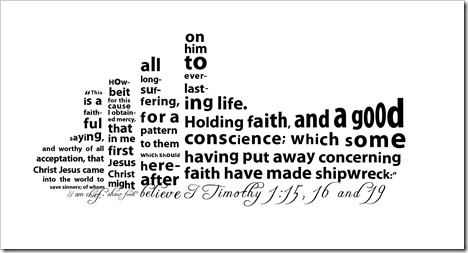 With my brother being somewhat of a historian, I have been kept up to date with the timeline and many facts surrounding this tragic event. And because his birthday was on the 13th, it was no wonder that the décor and theme of the birthday celebration was centered around the Titanic. So for Donald, to be included in his card, I designed a Scripture verse that was both appropriate to his birthday and to the anniversary of the sinking of the Titanic.