Being in Korea on Memorial Day is a little different than being in the States. Though it is not a recognized holiday here, Donald and I took the opportunity to recognize with honor a special group of great men and women from the past during a recent fieldtrip to Yanghwajin Foreign Missionary Cemetery in Seoul. 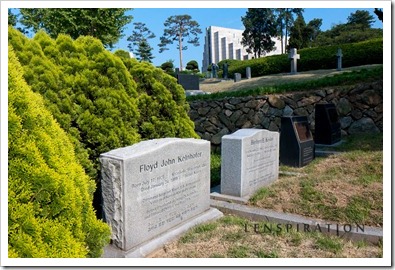 Among the graves found in the cemetery, 145 belong to foreign missionaries and their families who dedicated their lives to the uplifting of the Korean people during the late 19th and 20th centuries. Abandoning promising careers back home, they came to share the light of the Gospel, establish hospitals, and begin schools. Some who came shared in the many sufferings and hardships brought about during the Japanese occupation, and many willingly exposed themselves to much danger in fighting for Korea’s independence.

Thank you, Lord, for these great men and women of faith who are little known, if even known at all, who sacrificed their lives to for the benefit of others. If it is great love to lay down one’s life for his friends, how much greater is it to lay down one’s life for a people and a country unrelated to kindred and practically unknown to the world at the time? And yet, because of their efforts, today Korea sends out the world’s second largest number of Christian missionaries and contains 11 of the world’s 12 largest Christian churches.

Let us never forget the impact that a few individuals wholly dedicated to the Lord can make on the world for good! 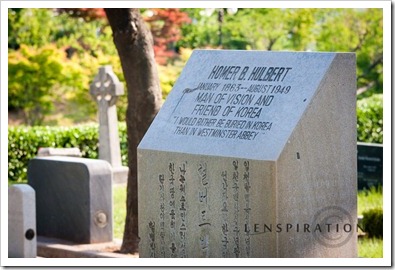 “I would rather be buried in Korea
than in Westminster Abbey.” –Homer B. Hulbert.