A hearty THANK YOU to each and every one of you who commented on my last post on The Power of Music cover! A final decision was reached just in the nick of time for it to be printed and bound before the West Virginia Family Encouragement Weekend next week where it will be released to the public for the first time.

As you can see, we decided to go with the third option. We felt that it conveyed a more relational, personal message of seeking God in the area of music. 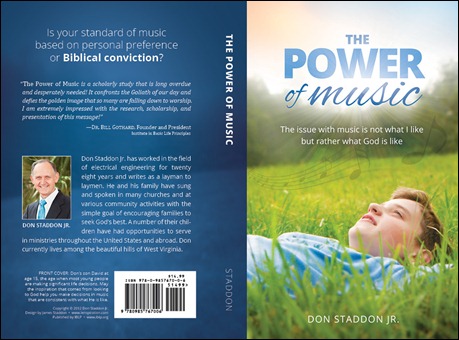 If you’ve ever designed something for someone, you’ll understand that there is a huge difference between a comp design and the final document that will be sent to the printer. You have to deal with many, many details that are required in a print version but not typically noticed in a comp, screen version: grain, bleed, color cast, transparency issues, RGB vs CMYK, spine width, true black, resolution, dpi . . . the list goes on and on.

So, if you’ve never designed something for someone before, let me give you a closer look at the cover to illustrate a few of the Photoshop changes that I made after it was decided that this would indeed be the actual cover:

Eliminating Grain – As you can see, clearing up the grain becomes high priority when seen at 100%, though it’s hardly noticeable when viewed on a screen for review purposes. 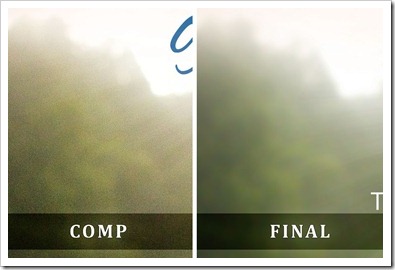 Enhancing Details – I got real picky when it came to making sure the sun rays were as pronounced as thy could be while still being conservative. 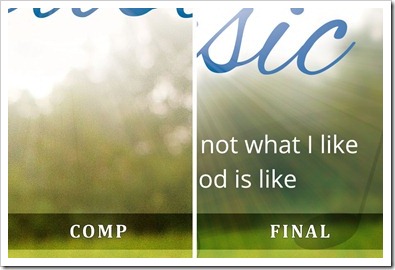 Sharpening – While removing grain, I made sure to keep the important elements, like David’s eyes, tack sharp. This was accomplished easily with masks on blurred layers. 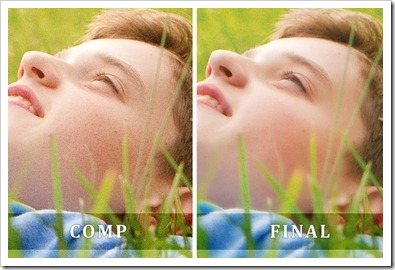 Making Eye Movement Adjustments – In the final document, I decided to take some time to add some trees to keep the viewers eyes from sliding off the right side of the page. The artificial tree line was something I had more time to tweak once I knew it would actually be used. 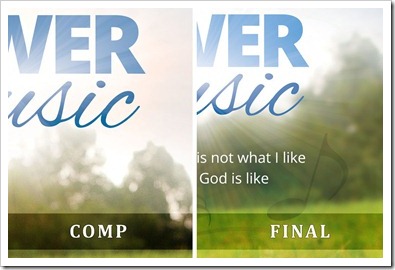 So I hope that gives you an idea of what kind of things that go on behind the scenes!