Did you see the lunar eclipse the other night? I had never seen one on a clear night before so I was pretty excited when I heard this one was rolling around. The only other one I had the opportunity to observe was on a relatively cloudy night so I only caught hazy glimpses every once in a while of a seemly colorless orb. It wasn’t worth staying up late for. But early Tuesday morning . . . it was worth it this time!

I think this is one of my favorite shots. It’s really hard to get creative when the moon is so tiny and all I have to shoot with is a 200mm lens. Perhaps I should think about investing in an extender. Anyway, it was impossible to keep the foreground branch and moon in focus at the same time due to the wide aperture necessary to get the shot, so I opted to focus on the branch, the element that would look most odd out of focus. 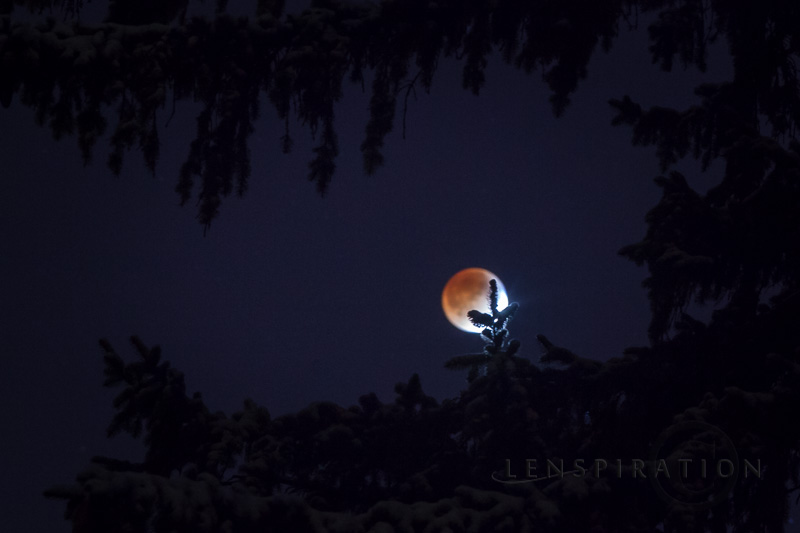 I read in this article to keep the shutter-speed as close to 1/30th second as possible to avoid motion blur. The moon really does move through the sky faster than we think. However, using the 200mm, f/4 lens that I was, I couldn’t get 1/30th second without knocking the ISO to astronomical heights. The best I could do was 1/20th at 3200 ISO. The 5Dii does pretty well with grain at high numbers, but when cropping in on a subject to 1:1, 3200 ISO just doesn’t cut it, as you can see. 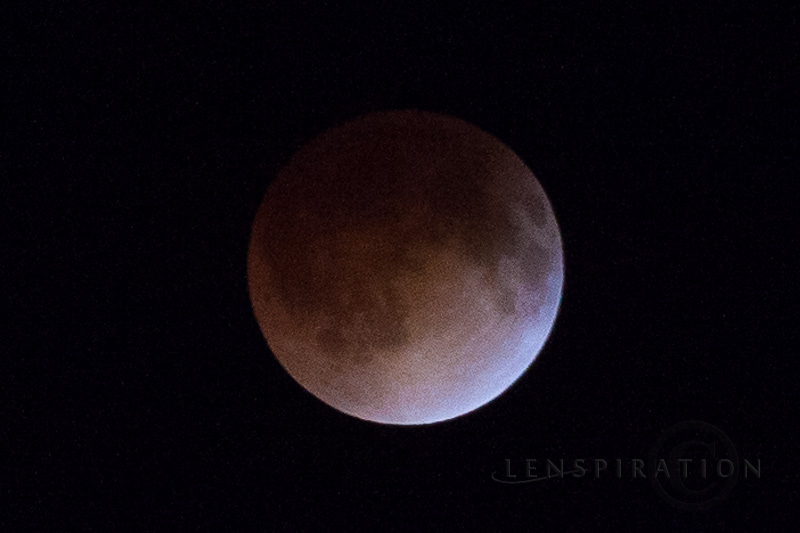 So, when I realized my pictures were turning out so grainy looking, it was time to move to experiment mode. How much blur would I see at slower shutter speeds? I tried all kinds of combinations and discovered ISO 800 at 1/5th second was just fine. Yes, the image is still noisy and there’s no crisp detail, but I certainly like it better than the previous picture I took with settings recommended by the experts. 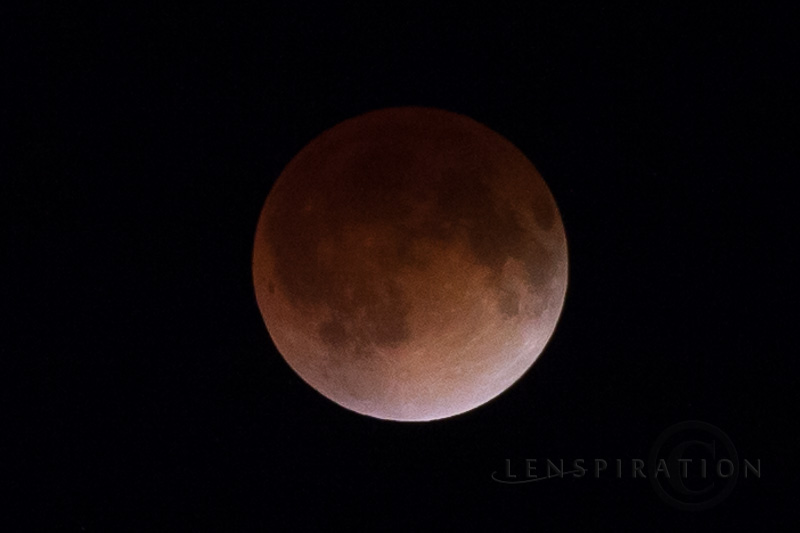 And that’s something to keep in mind. Shooting like a pro doesn’t mean you memorize a whole list of setting combinations for every single shooting situation. Those lists are simply a launching pad to get you started in the right direction. It’s just a matter of knowing your camera well enough to get the best possible image in any situation. That’s what counts in the end anyway.