4-Wheeler Ride of a Lifetime

After the big snow earlier this month, the forecast indicated it would be clear skies the next morning. I couldn’t believe it! With 10 inches of snow on the ground with clear skies, I knew it was going to be an absolutely beautiful morning for photography! So I started making plans.

There is a gas well field close to my house about 2 miles as the crow flies. It’s a big cleared area at the top of a mountain so makes a great place for sunrises and sunsets. That’s where I figured I wanted to be for sunrise the next day.

Problem is, with this much snow at our place, it means we’d be stuck in our hollow for a day or two. I knew there was no getting out for pictures by vehicle. So I figured I’d either walk . . . or call up my neighbor to see if he would enjoy assisting a photographer on an early morning excursion on his 4-wheeler.

Justin is a hero. We rendezvous at 5:30 the next morning. It was below 0 degrees Ferenheit. Sitting behind him on the 4-wheeler my face just about froze even though it was shielded from the biting wind as we cruised at 20mph on that frigid flight. Justin was my shield. When we got to the gas well, I wanted to get to the highest point possible. Justin was my transport. Without him, it would have been a long, miserable hike. Can’t thank you enough, Justin! 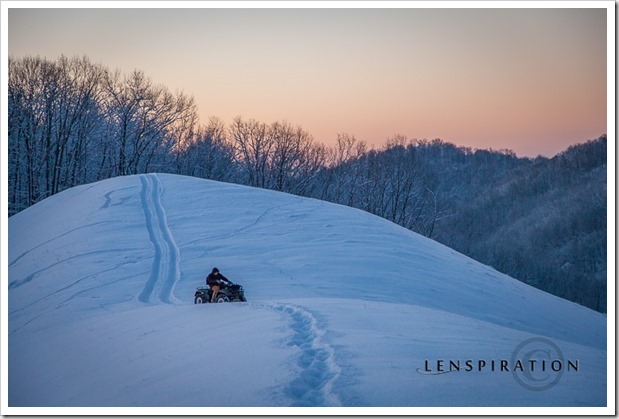 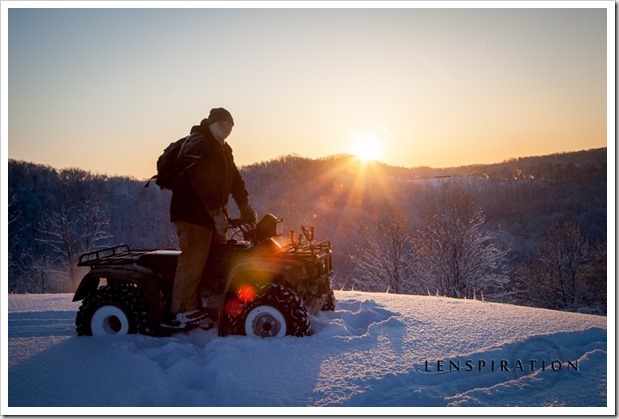 After shooting the sunrise and moonset, we had some fun together. Justin is a true West Virginian, and has a whole set of skills surrounding 4-wheelers. I wanted to capture that.

With the sunlight still golden and at a low angle, I switched my camera settings for fast action and had Justin display some of his expertise . . . in moderation, of course. The best of the shots were taken at over 1/500sec, but the effect of motion blur was evident around 1/200th which I thought looked pretty neat, if the rest of the picture wasn’t blurry. 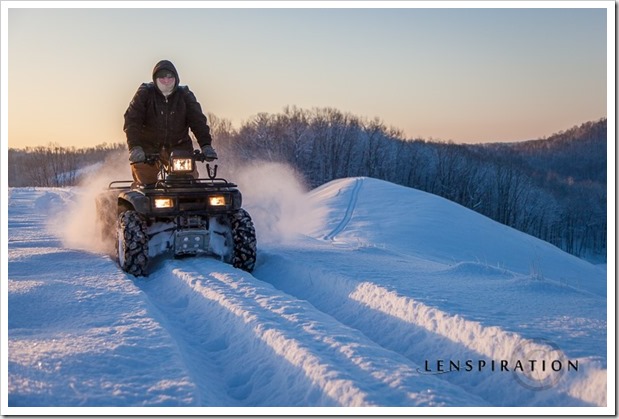 I absolutely love the above shot! It was one in a burst of shots I took as he barreled toward me, but it was the only one that turned out nicely with the feeling of depth amplified by the track visible on the ridge behind him. 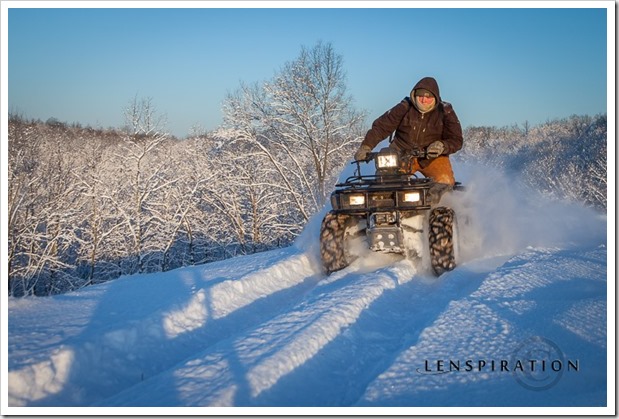 I think this was a really cool angle, catching him coming round the bend, but there’s a big problem with the picture in general. Can you guess? My shadow. It would take a lot of Photoshopping to get that out of there, plus the other shadows that were cast by the fence we were shooting next to, one of those things photographers hope the viewers will never guess was actually there. 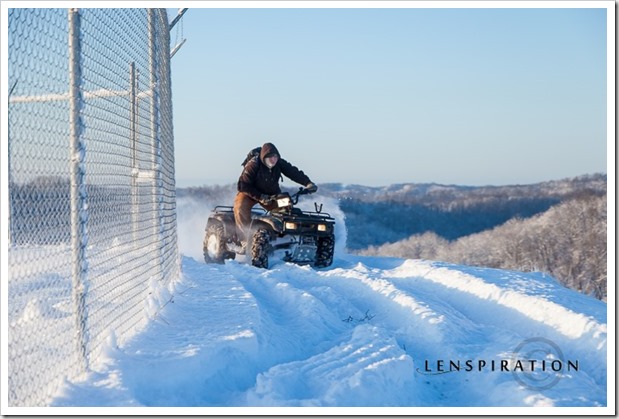 There’s no real way I can thank Justin enough for the grand adventure, but I figured I’d do my best by making him a canvas print, which just came in the mail yesterday! Can’t wait to give it to him! 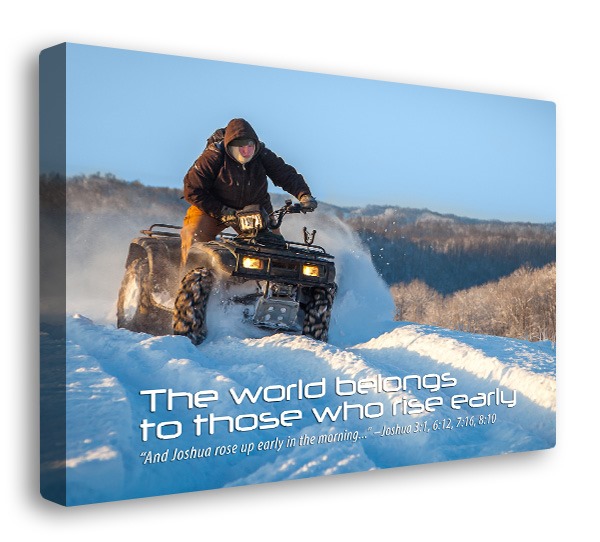