How I Shot an Architectural Assignment

After a great summer of ACTION workshops and writing the Basic DSLR Photography Course, travels for the autumn season have officially begun!

Because I’ll be on the road a lot, I won’t be able to post in as much detail as I normally do, but I’m still going to do my best to post about what I’m doing and what I’m learning.

My travels started in Wellington, Texas. There’s a church there that is starting up something new called MissionTalk For Churches. They needed pictures of their church to put in materials. It really wasn’t in that scenic of a location, so part of my job was to make the church look nice in pictures. Here’s what I did, and ideas for how you can approach similar photography assignments you might have:

I shot low. I was laying down in the street for many of my pictures. This removed a lot of foreground junk or un-picturesque-ness of the area. Thankfully there weren’t too many cars around. 🙂 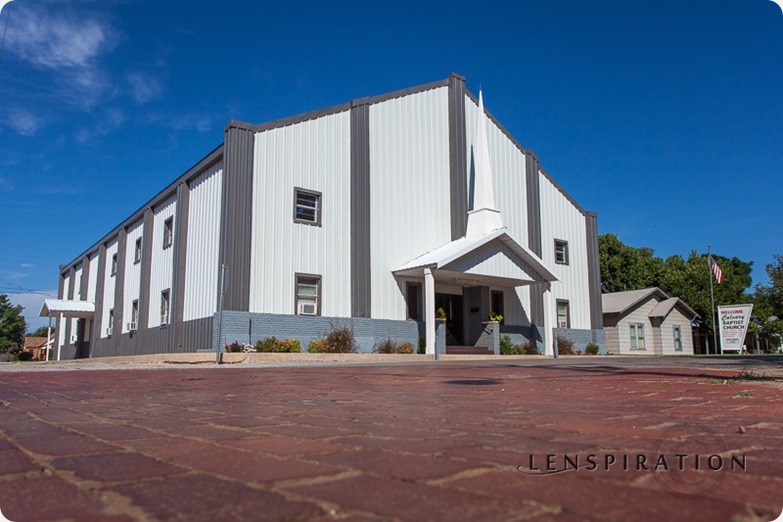 I found the best angle. I walked around to see all four sides of the church and determined that this angle was going to be the best for the majority of my shots. Part of the reason is because at that time of day, of the two visible sides, one is in sunlight the other is in shadow, creating a sense of depth. 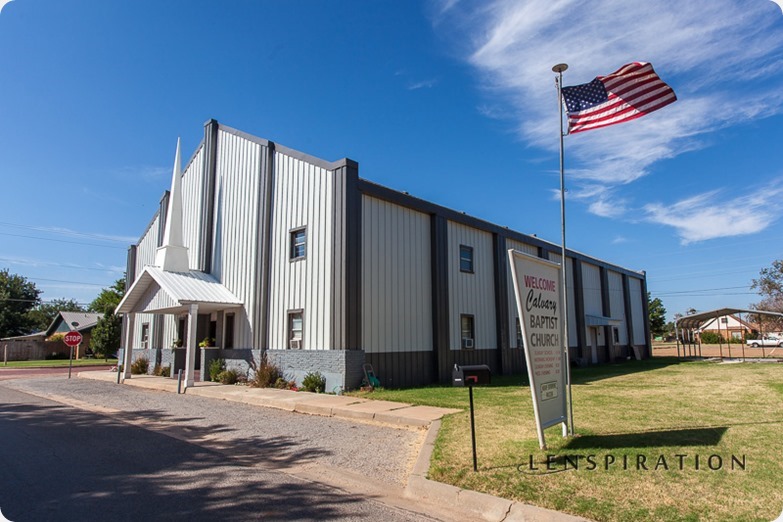 I found a creative shot. I pulled from my knowledge of creative effects to try to shoot something unique and different. Sunstars are a great way to make mid-day shots look more interesting. 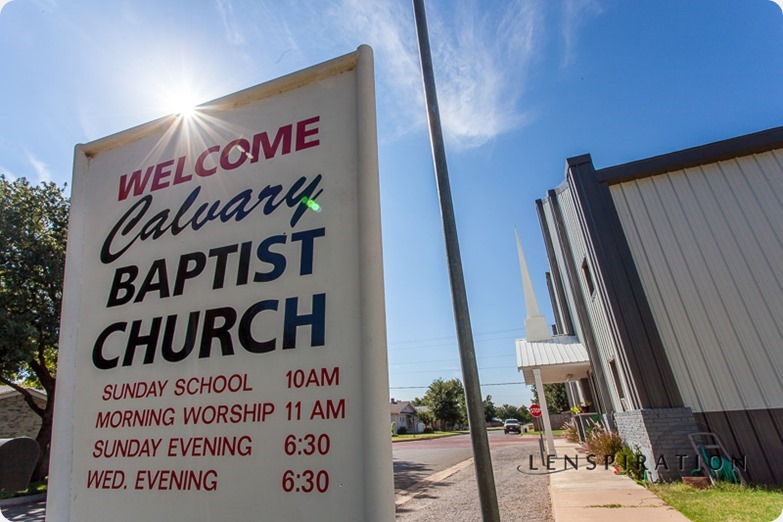 Include the surroundings. Its hard to step back and shoot from a distance. After scrolling through all the pictures I took (60 or so) I noticed that they were all closeups of the church. Its important to step back and include some “empty” space because you never know how that space might be used in publications later. 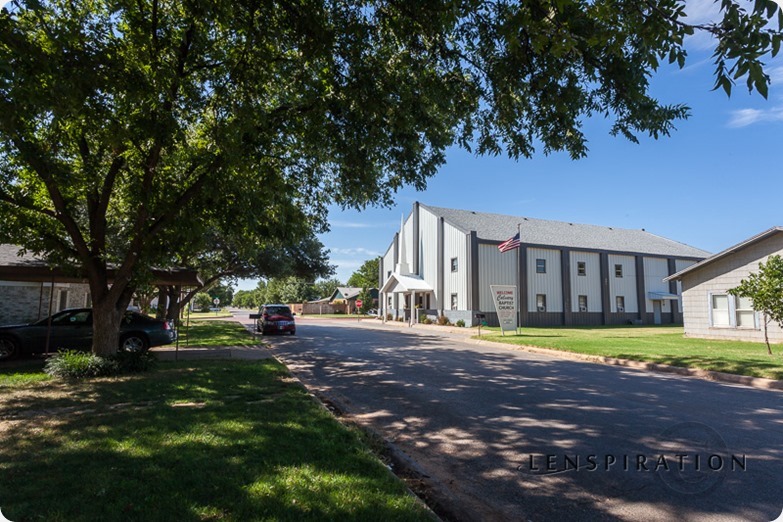