Behind The Shot: Morning Vigil

I spent the early part of last week in the Columbia River Gorge scouting for the July CAPTURE Oregon workshop. My goal was to finalize the best places to take pictures for sunrise, sunset and any time in between, rain or shine. This shot is from one of the locations I’ll plan on visiting: 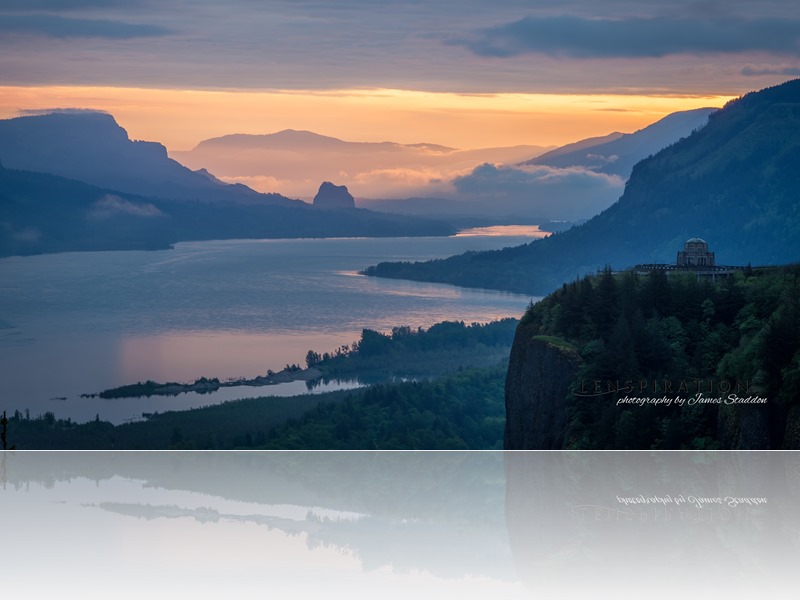 This shot was taken at sunrise on the very last morning of my scouting excursion. At the beginning of my trip, I spent some time trying to figure out which locations I wanted to scout. First I Googled something like “best overlooks in the Columbia River Gorge” and looked around on Google Images and other photographers’ websites to get an idea of what overlooks would offer great photos. As I searched around, I made note of where exactly they were, adding them to a Google My Maps map that I have created for such purposes. I then took some time to figure out which times of day would be the best time to visit those locations. 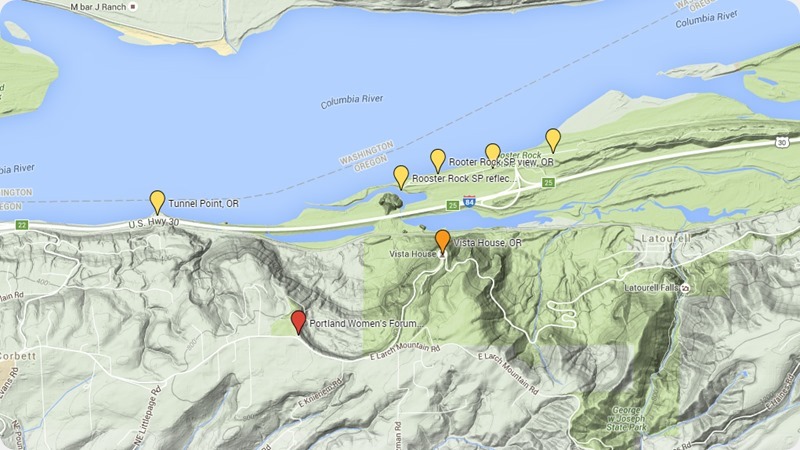 Once I have a few places scouted out and had figured out what time of day that would be best photographed, I was able to put together a rough schedule of where I should each morning and evening. And depending on the travel times, I would know what time to set my alarm. I generally try to arrive at a location about 1 hour before sunrise, so that meant my alarm was going off between 4-5am every morning. Arriving an hour before sunrise allows me to check out different angles, get set up in plenty of time, and shoot pre-sunrise long-exposures if the location lends itself to such shots.

For this particular location, I arrived pretty late, only about 20 minutes before sunrise. But it wasn’t because I had over slept . . . this particular overlook turned out to be Plan B. Plan A was the 360 degree Larch Mountain overlook. In my online scouting, I was under the impression that it was open, even though the area was high enough in elevation that the road would normally be closed due to snow through the end of April. Well, my impression proved wrong and the road to the overlook was indeed closed about 4 uphill miles from the top. So that’s why I had to come up with Plan B. Because the Portland Women’s Forum overlook was close by and I had not yet scouted it out, I figured it would be the next best option for the sunrise.

And it turned out to be a pretty good spot! Because it was so cloudy, I wasn’t sure if there would be any color at sunrise. But just in case, I set up my tripod and camera settings quickly at the first break in the trees and waited. When the scene didn’t change after a few minutes, I looked around to see if any other vantage point would be better than the one I had started with. This is what I ended up with: 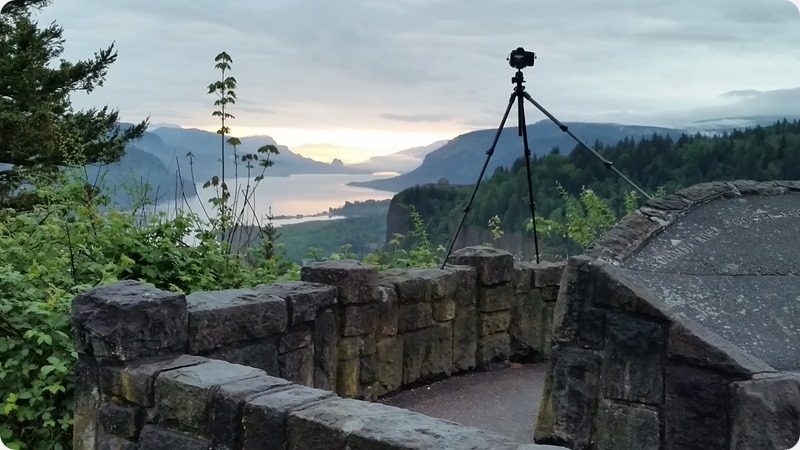 I needed to be as high as possible to be able to shoot above the trees in the foreground. As for camera settings, I experimented with multiple focal lengths, and determined that 150mm was what I needed to include only the elements that were interesting at this particular time. I always keep my ISO as low as possible for quality’s sake, and used aperture f/16 to make sure the entire scene was in focus. This left the shutter speed between 1/10th of a second and 2.5 seconds (depending on what part of the scene I was exposing for) which wasn’t a problem because I had the camera on a tripod. With Drive Mode set to 2 second timer, I was able to trip the shutter without touching the camera to make sure there were no unnecessary vibrations from my own finger pressing the shutter release.

In post, I merged 6 different exposures to help me create a realistic dynamic range that the camera could not pick up in one shot. 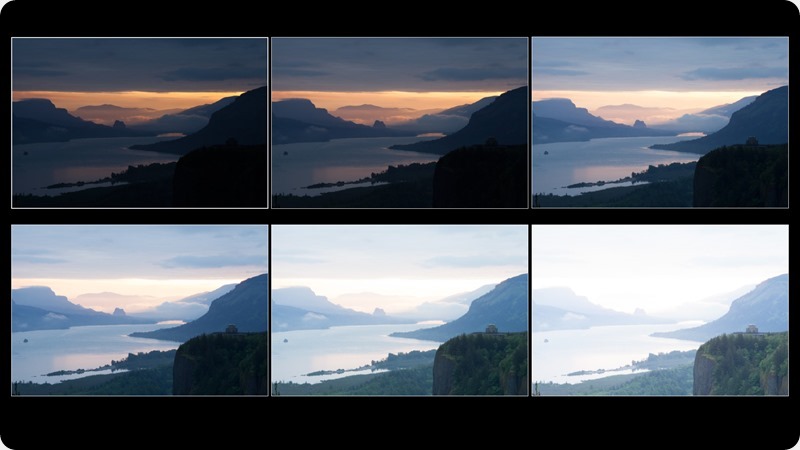 To learn more about how I do my online scouting, on-location scouting, use Google My Maps, set up my camera for landscape shots or merge multiple exposures for realistic HDR processing join the PRO Membership and refer to “Morning Vigil” on the PRO Q&A Forum.