What We Learned On The Green Lake Photography Team

I just got back from the last ACTION photography workshop of the year in Green Lake, Wisconsin. Like the five other homeschool Conferences from over the summer, it was a blast! Here are some of the photos we took over the week and what we learned in shooting them. 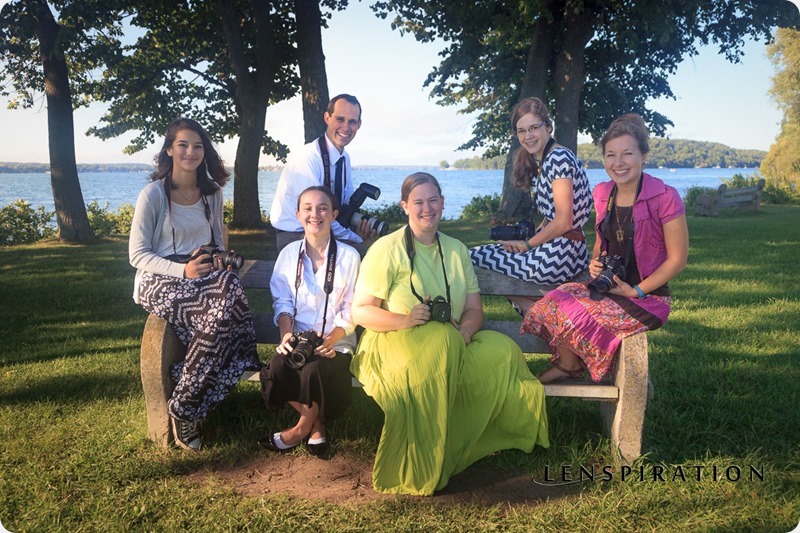 This is our group shot, taken out by beautiful Green Lake. This campus was a great spot for a Conference! What I learned in this shot was that I really need to clean the glass on my lens more often. I think there were some smudges on it that translate as bluish tinges across the image in various places that were very difficult to remove in LR. If I wanted to really use this picture for anything, I’d have to take it into PS. 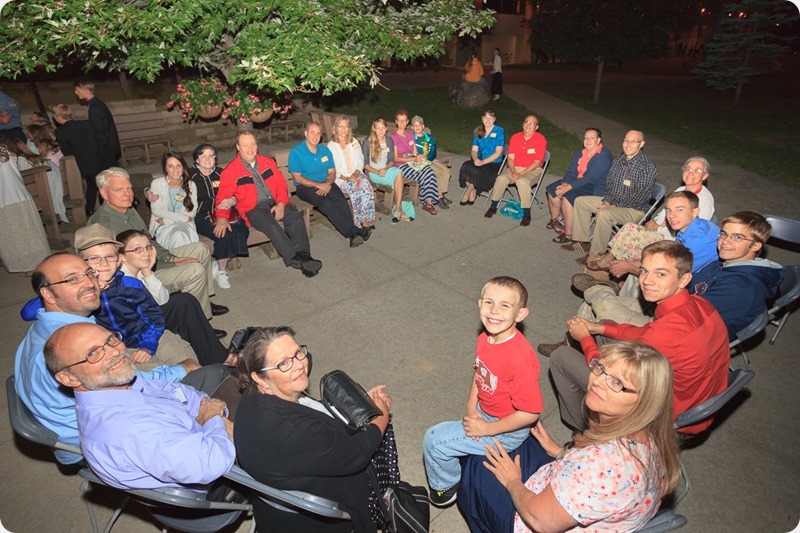 This shot was taken during the ice-cream fellowship on Thursday night. The fact that it was after dark, the only light was a yellow street lamp, the group was seated in a circle, and that there was nothing around for me to stand on to get a higher perspective, made this a very difficult situation to photograph. But I like challenges. So I grabbed my 580EX speedlite, lifted the white bounce-card, flipped down the diffuser panel for complete frame flash coverage, set the focus, lifted the camera as high as I could above my head, shot a few experiment shots, and then asked the group to look up at the camera for the final shot. The Gradient Tool, Radial Filter and Highlights slider helped even out the lighting in post. And of course it really helped that the boy in the front gave me a really big smile too. 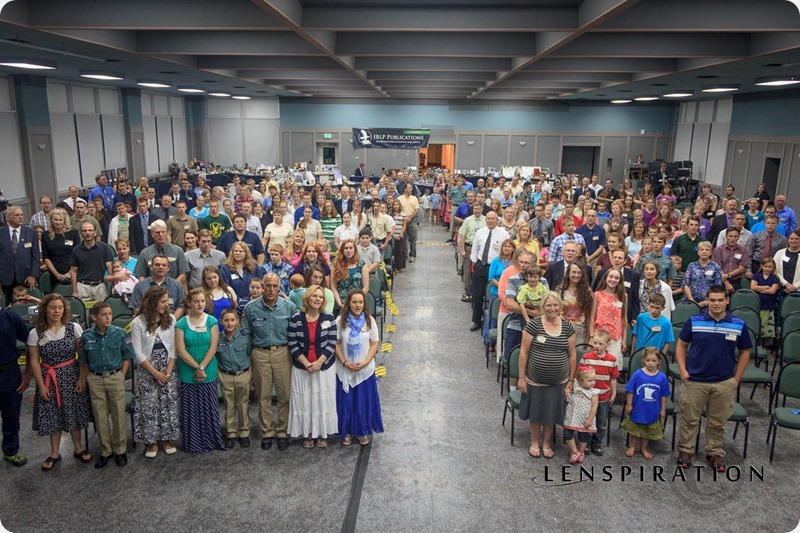 This is the group shot of the entire Conference. To keep glare and lens flare eliminated completely, it really helped to have the guys behind stage turn off the main stage lights. 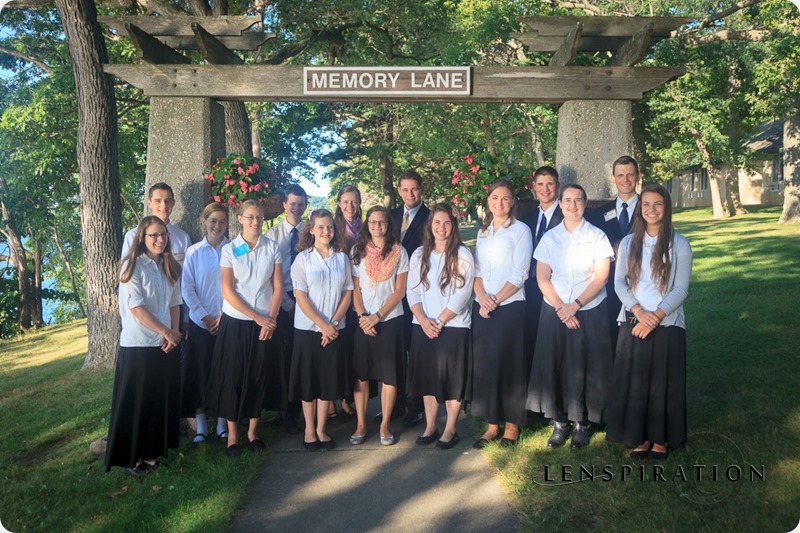 This is the CI leadership team group shot. I really should have chosen a spot that didn’t have dappled light. But I think it’s better than a shot indoors. 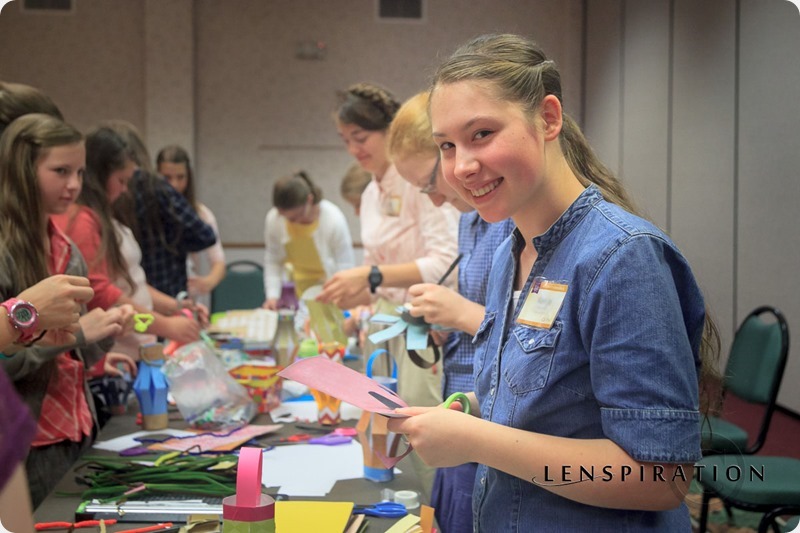 This is a shot of the COMMIT girls at craft time. Simply addressing the girl by name (name badges are really helpful) and asking her to smile at the camera really helped this shot stand out from the norm. 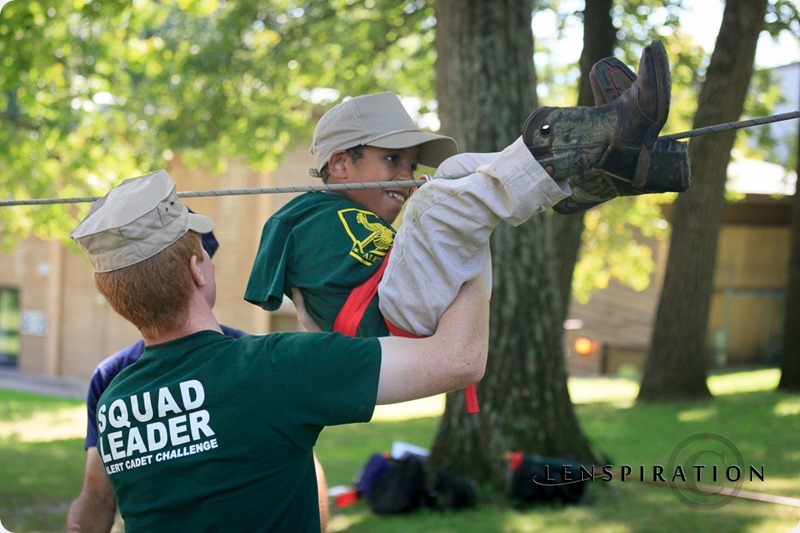 Since I was the only “guy” on the photography team, I was mainly in charge of shooting the ALERT Cadet challenge. When I arrived at this particular activity, Captain Warner requested I get a good shot of this special needs kid participating in the River Crossing activity. It was my challenge to capture—all at the same time and during a fast moving event—a clean background, excited expression and a perspective that would show what made this such a heart-warming shot . . . an angle that showed the fact that this kid with no arms was still able to be as involved as everyone else.

We took hundreds of pictures, and there are a million and one things I could say about them, but time fails me. I guess you’ll just have to come to an ACTION next year to learn all there is to learn about event photography!