The Truth Will Set You Free….Even In Critique!

And then someone critiques it.

“You should have done this. And this. And oh, this too. And this, of course.”

We respectfully nod our heads.

But inside, the storm rages! “You don’t understand! It was impossible to do that! And there was no way I could have done that. And that….like, if only you were there you would understand!”

Listening to critique is hard. Critiquers (I’m making up my own word here) misunderstand a lot of things.

There are two equally valid truths butting heads in the mind of a photographer as they listen to the critique of their picture:

1: The truth that their picture truly isn’t perfect (ouch)

2: The truth that they truly couldn’t have implemented the suggested critique

If I can just keep these two truths differentiated in my mind as I listen to critique, then oh, it suddenly become so much easier to receive!

Though seemingly contradictory at times, truth is truth, and there is freedom to be had in knowing it.

So, with this in mind, it’s a good thing for me to step back and look at the backstory behind some of the pictures I critique. As the critiquer, when I am reminded that there are aspects outside of a photographer’s control, it helps me to be more understanding and diplomatic in my critique.

I critique a lot of pictures. I say, “Do this. And this. And oh, this too.” And most of the time I never really know much of the backstory.

Well, after a recent critique webinar, Morgan gave me some backstories! I thought her short, informative comments about her pictures I critiqued were interesting and kinda funny, so I thought I’d share 5 of them with you here: 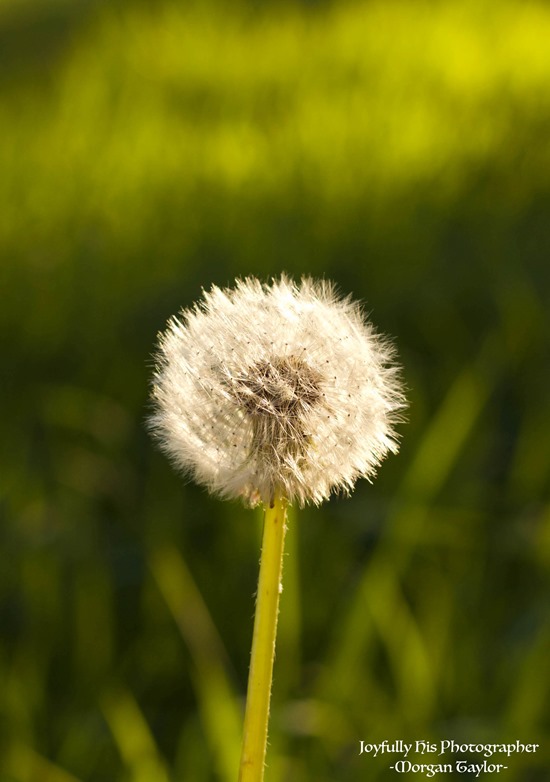 James: It’s nice that this was shot at golden hour (I assume it was golden hour?). It makes things look more beautiful naturally….even weeds! Good contrast and focus. I’d probably crop some off the top to keep it from being dead center.

Morgan: Yes, it was shot during golden hour…my favourite time to shoot! 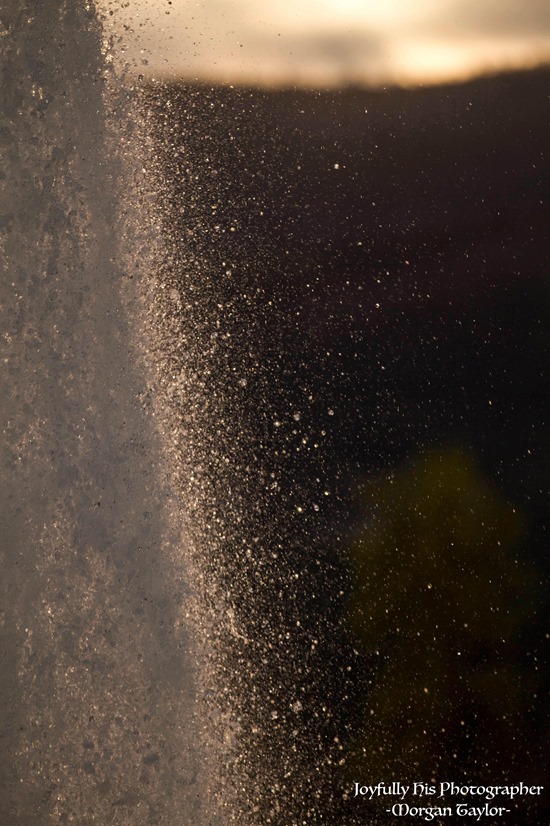 James: I have NO clue what this is a picture of! The edge of a side of an old book, close up, was my first impression. Maybe it’s a water fountain or waterfall?! There’s enough story to make me feel like there’s supposed to be a story, but not enough story to tell me what the story actually is. Zooming out would help give more context, or zooming in would keep it in the abstract/texture category.

Morgan: You’re right, this is a difficult image to figure out without knowing the background. It’s a water fountain in a park in Kelowna, BC. We were taking a walk at sunset and it caught my eye! I was on the fence about the strip of sky at the top…but it didn’t look right to me without it.  I had zoomed in due to interfering buildings and surrounding, but I guess that was too far. 🙂 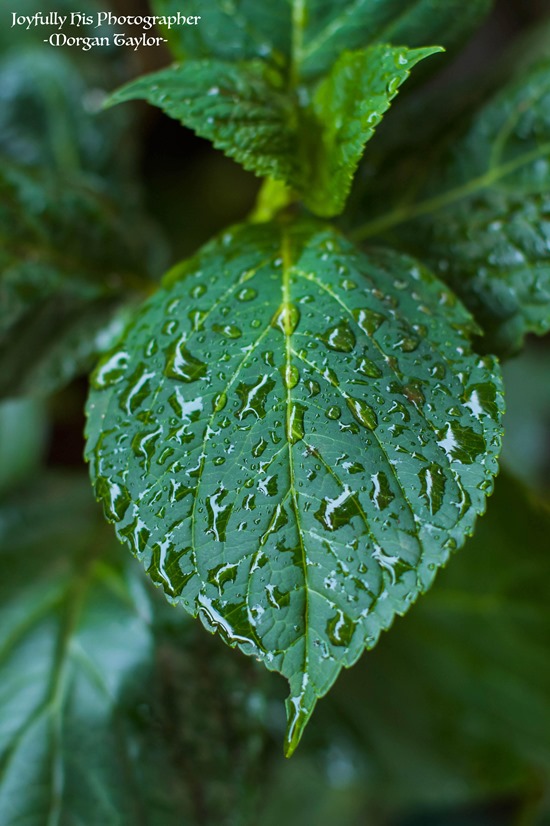 James: Phenomenal shot! Looks like you’re in a forest/jungle in the pouring rain. Well-defined lines, shape and natural colour.

Morgan: This is in my backyard…not quite a jungle, but pretty close. 🙂 I don’t remember if that was natural rain…or if I had purposely sprinkled the leaf for the sake of the picture. 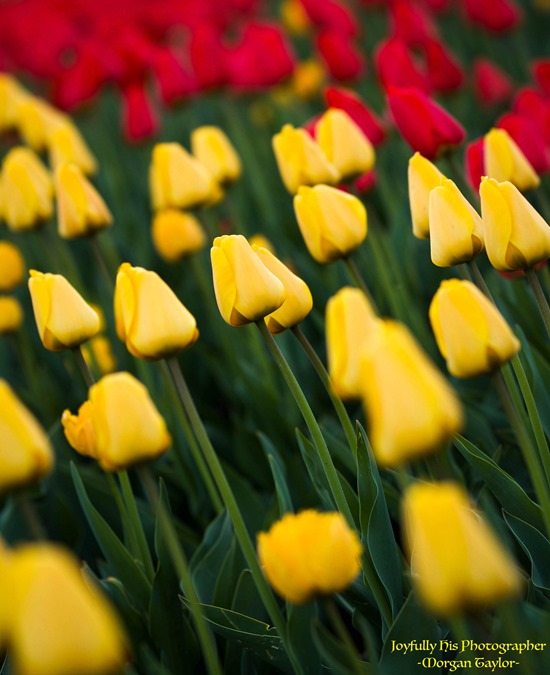 James: Great subject! Flowers going the same direction and sharp focus. It would be interesting to know what factors played into the choice of that flower in particular. Great colour contrasts! Isolating the central flower to avoid it overlapping with the other flower behind it is something I might try to change with repositioning.

Morgan: I can’t remember exactly why I chose that particular flower…it was likely due to being pretty much in the middle of the tulip patch where I was shooting so I could get a good contrast shot of red/yellow tulips with a zoom lens. I definitely wasn’t paying attention to that yellow flower in the background…and I don’t have another shot without it. Oh well! 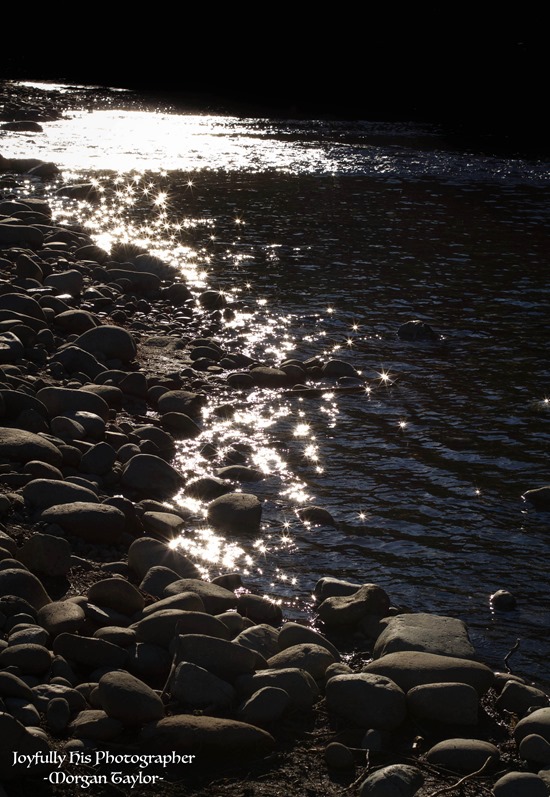 James: First of all…it feels crooked. Fix the tiny details first and then move on to the large things. You’ve got another mix between story and texture…I’m not sure what to think: white glowing glob at he top and black “no-man’s land” in the top right. Maybe try cropping to zone in on only the shimmering aspect? Try getting closer down to the rocks to include more concrete information? Good combination of textures in water and rocks there, and well-developed starbursts as well.

Morgan: My crooked horizons…to be perfectly honest, I don’t notice them due to having a naturally permanent head tilt to the left. I’m going to have to practice making my head stay straight in order to fix that! 🙂 The black background was edited in due to a chromatic aberration/bad lens flare on the bank on the other side of the river. I guess I should probably try to edit that differently to avoid the “void” look. The water was pretty muddy (due to certain siblings running through it at intervals, haha!)…but I could work on changing that to make it look less brown. Definitely not an earth-shaking place to shoot…brown rocks, muddy water, and not so attractive river bank…might have to try again this summer!

(Well, for a location that difficult, it’s a better shot than I thought!)

So, anyway, let us continue to embrace critique!

If you’d like to critique some of my images, feel free to leave some comments on any of the 44 photos in the 2019 Lenspiration Calendar Possibilities album.

And if you would like to get some of your images critiqued in Lenspiration’s next Photo Critique Webinar, here’s more info on that: 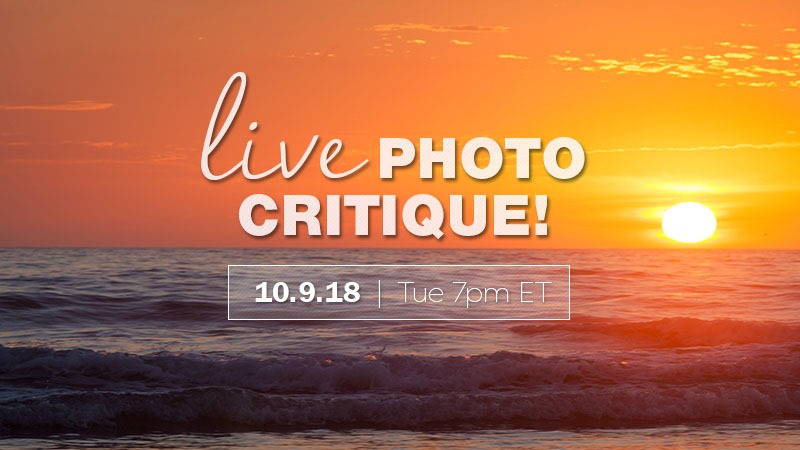