A Behind-the-Scenes Look at the 2019 Photography Team Group Photos!

If you think learning photography is not easy, try learning portrait photography, were you have half the amount of time (or is it a quarter the amount of time?) to spend thinking about what settings you’re going to use on your camera while the rest of the time you spend engaging the subject(s) and making it feel like the photoshoot is going smoothly.

And if you think portrait photography is hard, try taking portraits of a group of people! Now you’ve got everyone’s opinions to consider and everyone’s expressions to synchronize!

And I sure got some practice at it during the Photography Team’s earlier this year!

Taking pictures of groups of photographers, I have to say, was a little easier. They kinda know what you’re going through and generally give you some slack and the benefit of the doubt. And of course, when needed, I could always pretend like I was training them how to do “group photography”. That always seemed to help make things appear more coherent as I stumbled through trying to figure out what I was going to do next or how I was going to set things up.

Anyway, since I took so many PT group photos this year, I thought I’d share some of them with you here! Thankfully, not all the back stories are embarrassing:

The Rogers Teach Them Diligently Photography Team group photo was an absolute disaster. Now you got to remember, it was the first PT of the year (though, you can conveniently forget that I’ve been doing PT group photos for many years). Not only did I forget to ask everyone to take off their name badges, I totally forgot that I had recently switched my camera to back-button focus. Yes, those elevators back there were indeed exquisite! 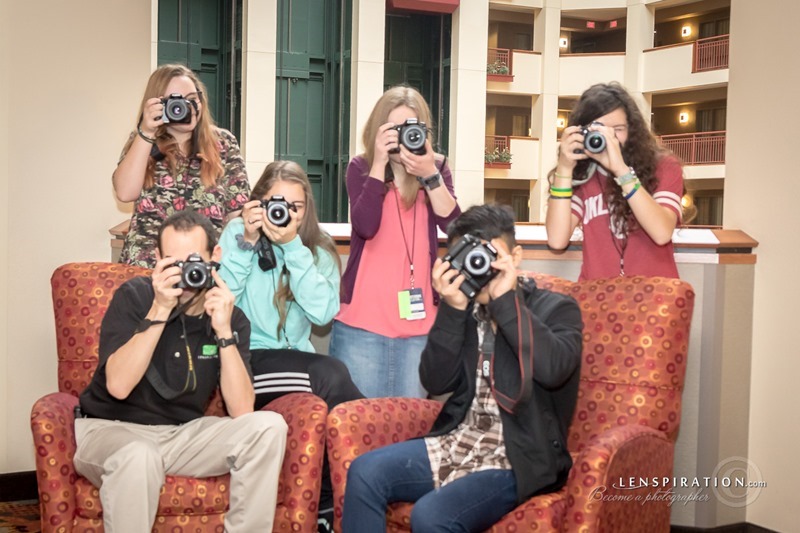 I decided I would be more alert to details before the TTD Nashville group photo. I even made time for poses at two different locations, just in case.

Being at the Gaylord Opryland Resort, we had plenty of locations to play around with, so that was a lot of fun 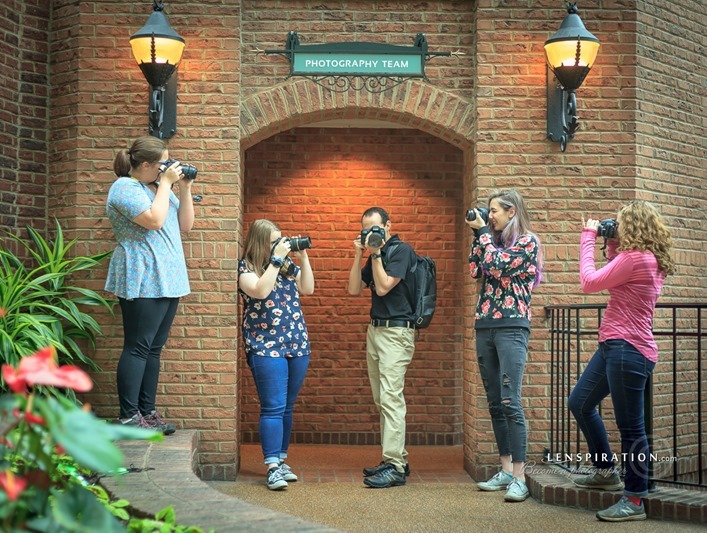 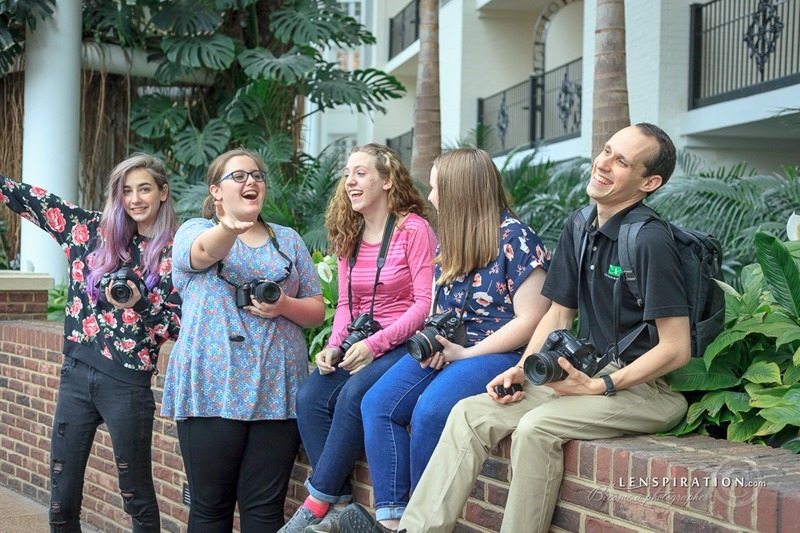 There was this beautiful bridge at the Convention center in Atlanta, so that’s where I went for the team photo at that Convention. I’m disappointed that I wasn’t able to use more leading lines, and it’s sad that I couldn’t find a way to include more symmetry. I’m sure it was the bridge’s fault, though. At least I was able to just barely manage to not chop my feet off. 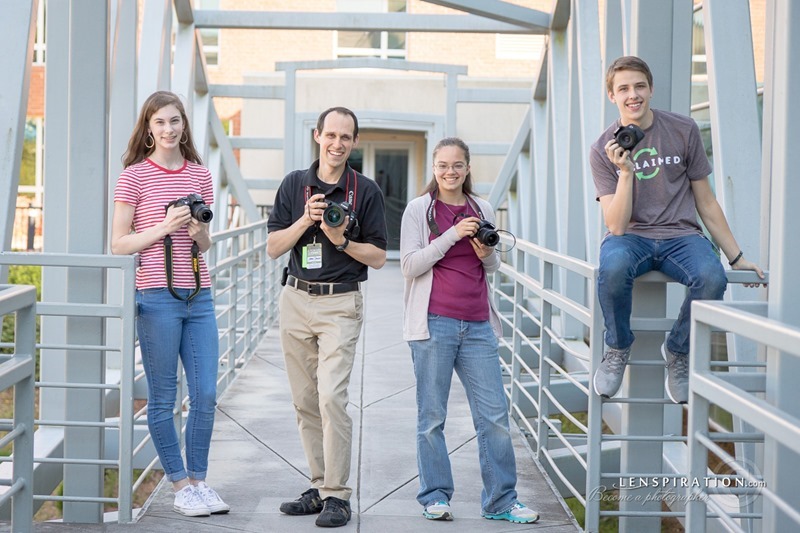 Since we had a much smaller team in Big Sandy than I was expecting, we went exploring inside one of the buildings to take a group photo in a spot where a larger group wouldn’t fit! It was a great spot to talk about how to effectively use bounce flash for amazing indoor photos. Too bad the flash made so many reflections in the background windows to render the group photo unamazing.

I think I like the close up shot better. The reflections aren’t as noticeable. 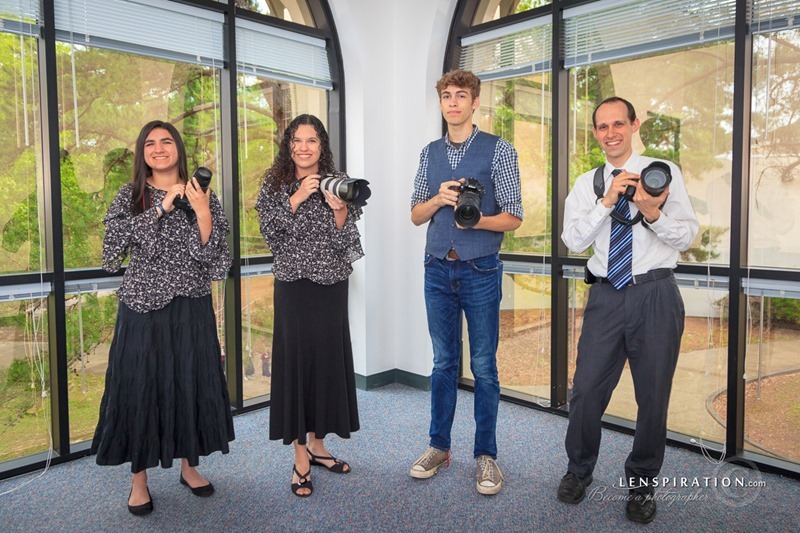 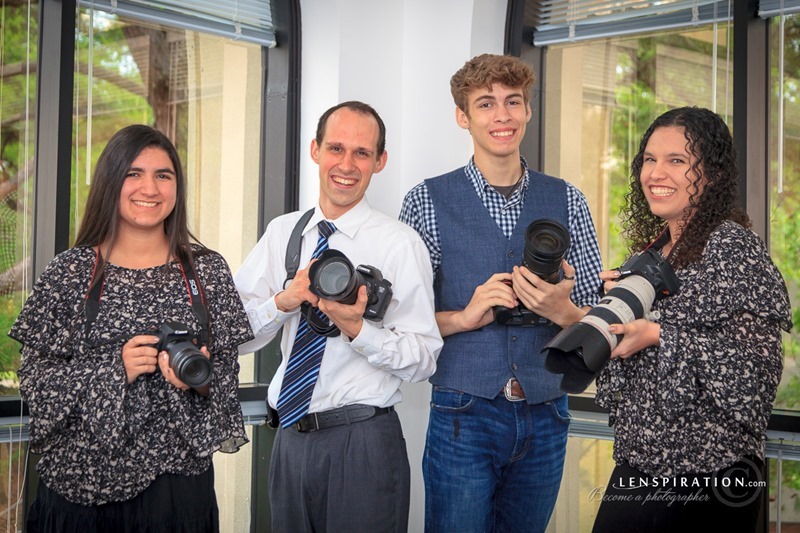 In Denver I decided I was going to make sure the background was blurry for our group photo. This is always hard because for most group shots one doesn’t normally opt for (or even have the option for) a widest aperture possible, a close proximity to the subject, and a telephoto focal length. But one of the students let me borrow his 24-70mm f/2.8 so I was actually able to use a wide aperture (f/2.8) and a fairly telephoto focal length (64mm). At that focal length for a group shot, the camera sure felt a long way off. It was sitting on a tripod so far away I couldn’t hear whether photos were actually being taken by my remote! Intentionally keeping the background at a distance and all the subjects on one focus plane helped with that too. 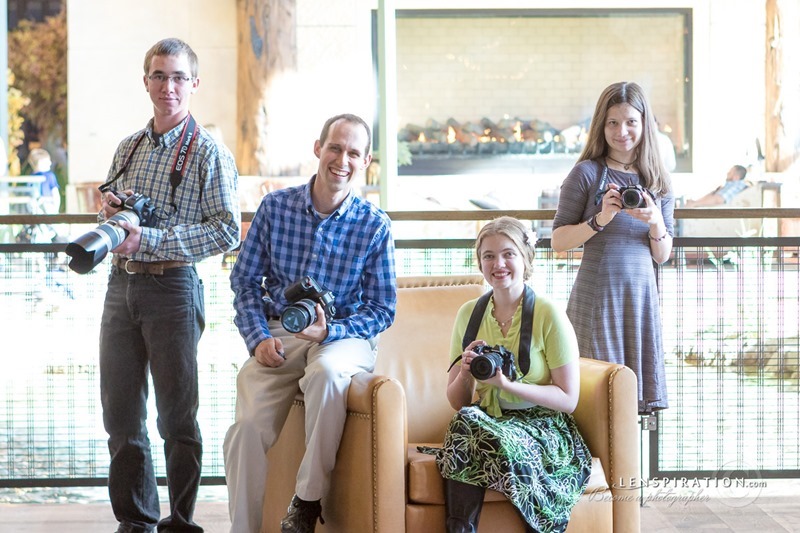 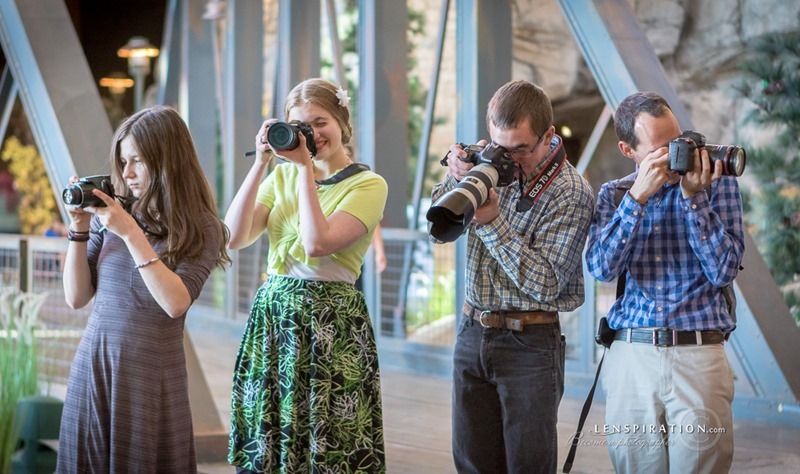 Columbus was a nightmare. Why do all my embarrassing moments have to be with the largest groups?!

It took a while to get set up, but finally we were all in position, and I go sit down in the middle, and click my remote….and nothing happens! Bad time for batteries to run out. “Hang on guys, sorry, I’m going to run back to the booth and get some fresh batteries.” “And I’m just not going to tell them that I wasn’t supposed to leave my backpack at the booth….” So I run really fast and get my batteries, and come back, and get everyone set up again, and click my remote….and still nothing happens! I forget exactly what I tried to do after that. I think I tried to use a 10sec timer. Then a friendly guy walked by and, seeing the gymnastics show, offered to release the shutter for us. And that was great. But I still wasn’t sure what was up with my remote. So, after everyone disperses and I’m sitting back at my booth contemplating the conundrum, I happen to notice a setting on my remote that I had never seen before. Do you tend to overlook settings when you’re under pressure? Well, it was set to a 4sec delay setting that the remote got bumped to. I actually didn’t even know it existed! And 4sec without the help of the blinking yellow timer indicator light thingy. Or at least I don’t recall seeing the blinking yellow timer indicator light. Oh, the joys of sophisticated equipment! At least we had a fun time shooting the group photo and laughing at the guy who was in charge of shooting it. 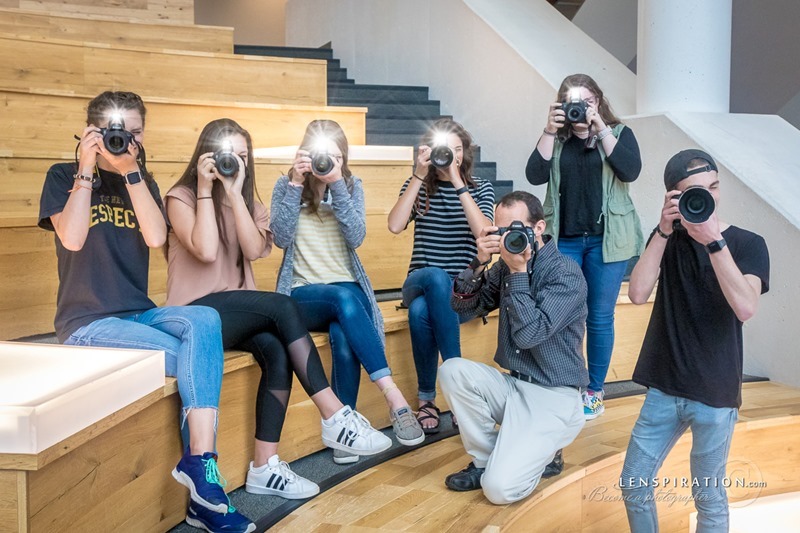 Yay, a group photo where nothing went wrong! It was a super challenging location so it required a lot of post processing to make it look ok, but I think it was a kinda fun location. I shot at f/18 (which is super atypical for group photos) but thankfully there was plenty of light coming from the thinly overcast midday sky. There’s a lot of blank area on the left side of the photo, but I could probably crop that out if I didn’t mind dithing the 2:3 ratio. I kinda liked a B&W rendition of a second and similar pose too. 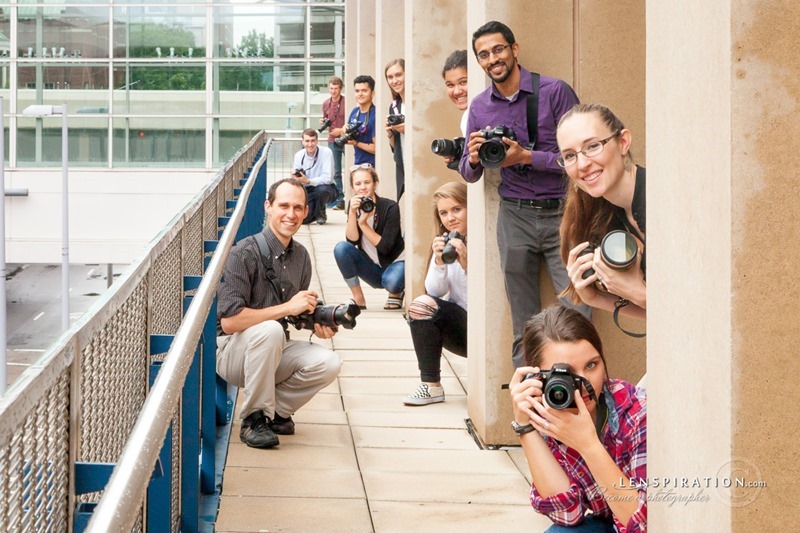 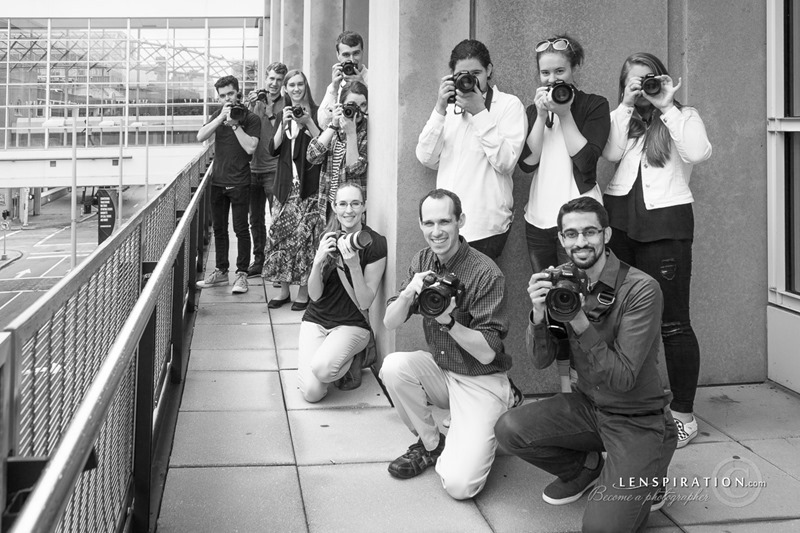 So there you have it! A behind-the-scenes look at this spring’s Photography Team group photos!

And in case you couldn’t tell, I did have fun shooting them.

Very much looking forward to next year!