It's pretty funny what happened on a recent photo excursion I went on with a friend. 🙂 I'll let John tell it to you in his own words . . .

When was the last time you went to photograph an epic location and only took ONE photo?

Recently I had a friend in town (i.e. Mr. Lenspiration 🙂 ) for a few days, and with some extra time on our hands, we started thinking of scenic places nearby that we could take our cameras along and explore!

I live in a small county beside the Chesapeake bay with no stoplights and two lighthouses, so I knew it wouldn’t be hard as there were so many places I’ve explored and knew of. The problem was deciding on where to go with the limited time given.

As long as I can remember, we’ve had two old paintings on our living room wall. One of a local lighthouse, and the other of a tide mill called Poplar Grove Mill. While debating where to go for photography, I remembered the old tide mill, did some research on it, and was fascinated by the history behind it. The original colonial mill was located on an estate and built around 1770 but later destroyed during the civil war, to be rebuilt soon after. Now it’s the only surviving tide mill in Virginia.

So, we decided to stop there for golden hour on the way to New Point Comfort Lighthouse for sunset.

After we pulled up to the pre-civil war era mansion, a guy working on the property told us the elderly lady who owned the estate and tide mill was in her truck parked a short ways away. James and I walked over and after some small talk and introducing ourselves, I told her James was from out of town and we were interested in taking pictures of the old tide mill.

Usually when asking someone if I can take pictures of them, their family, or their property they’re more than happy for me to photograph what I want.

But this time, that wasn’t the case.

She wasn't too keen on two strangers taking pictures on her property. She asked why we wanted to take the photos. She asked us why the photos already on Google weren't good enough.

But finally, she did give us permission. With conditions.

"You can only take one picture each. And do it quickly."

Talk about a challenge! How could I get the perfect picture in one try?

We thanked her, grabbed our cameras, and hurried down to the water where the mill stood. I picked one side to take a picture of and James picked the other. 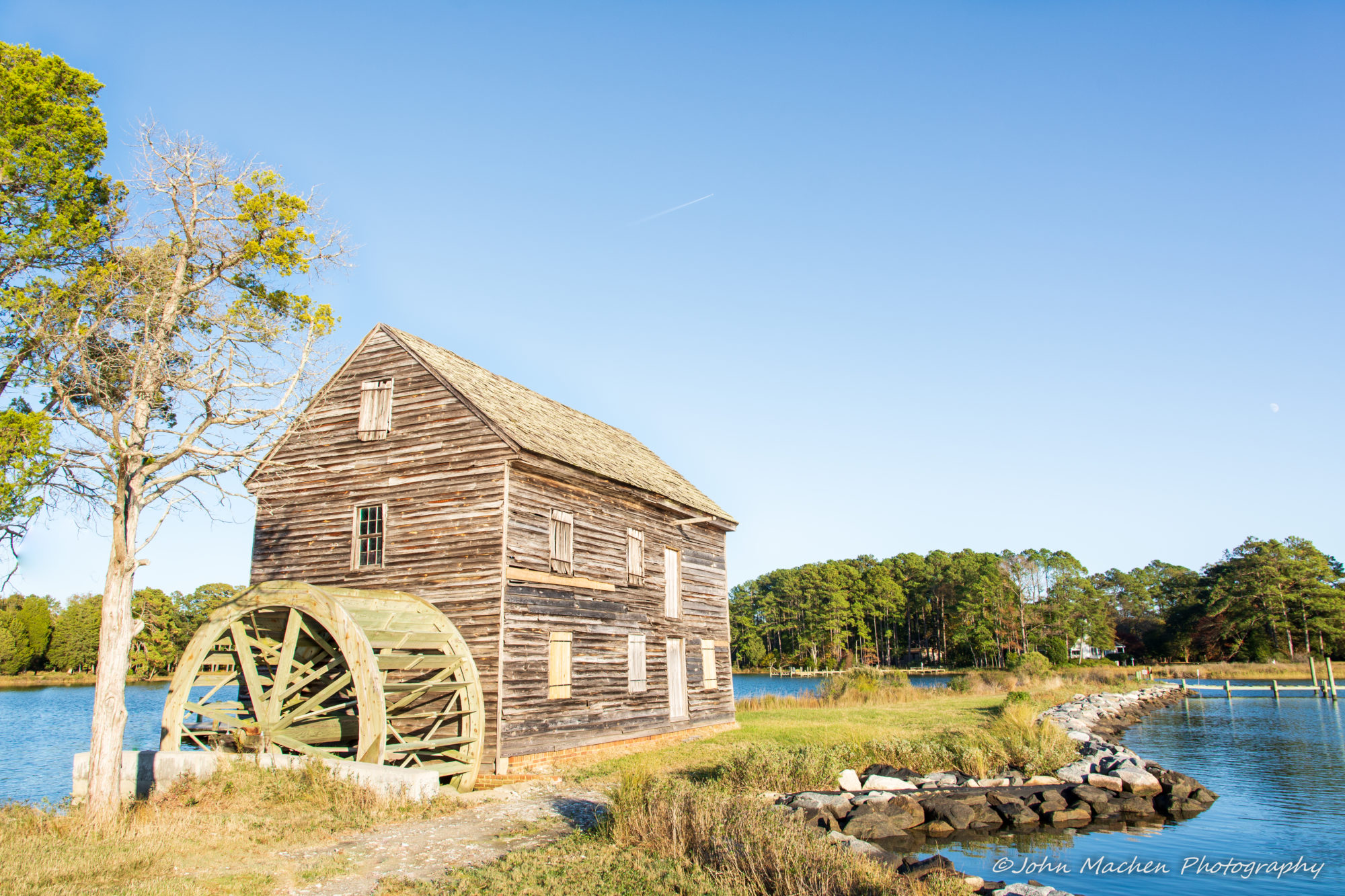 Later I had the thought, even if you can only get one picture, you’re still getting the worth of a thousand words! Make your pictures count and bring glory to God by your witness to others. 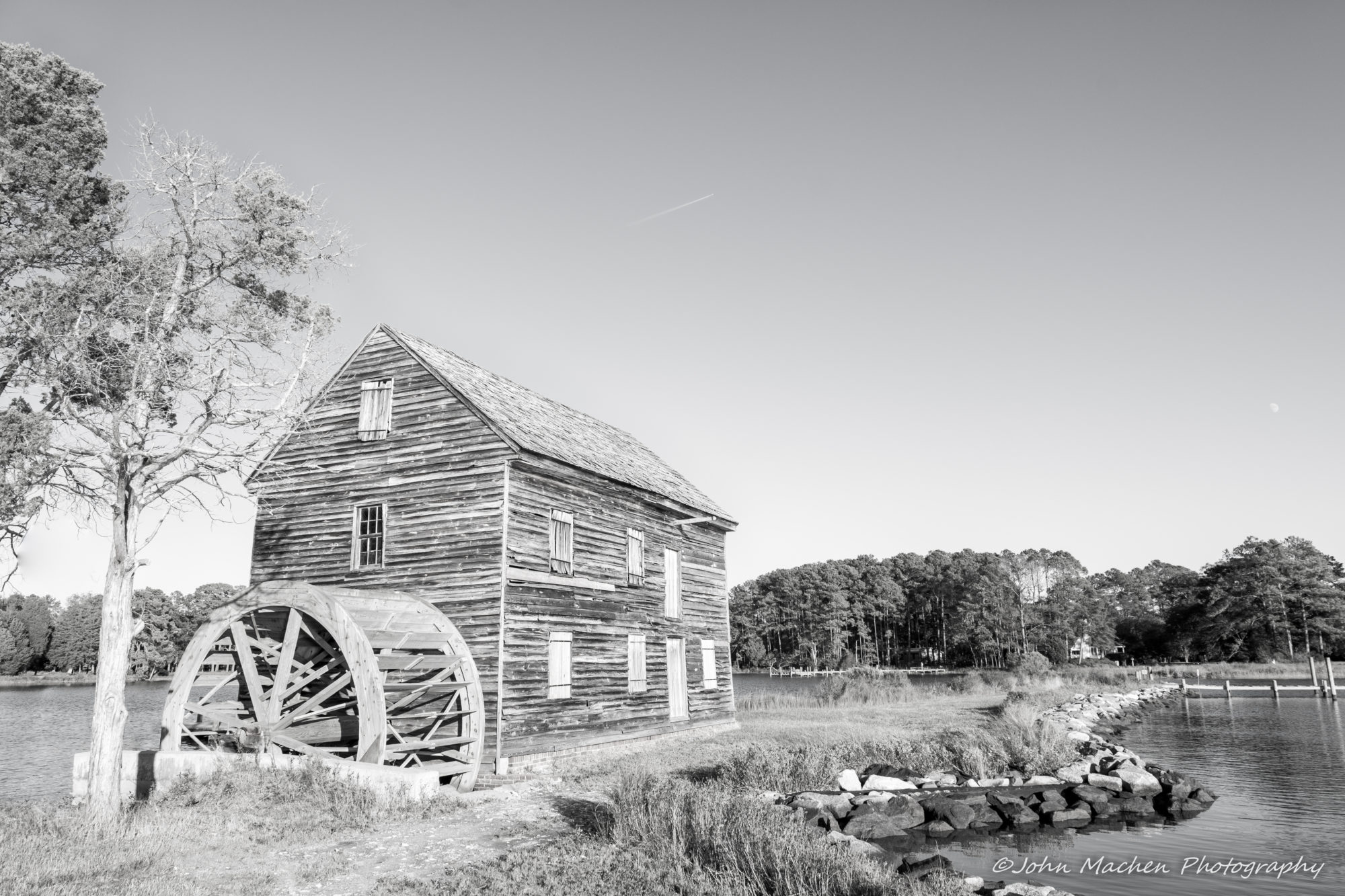 That's seriously the first time I had ever had anything like that happened to me too! It's kinda fun that you never know what might happen as a photographer. 🙂

So, here's the photo I took. I snapped it as John was running back in respect of the owners request to move quickly. As a fine art piece, I think editing him out would be better, but for remembering the uniqueness of the occasion, it makes more sense to leave him in there. 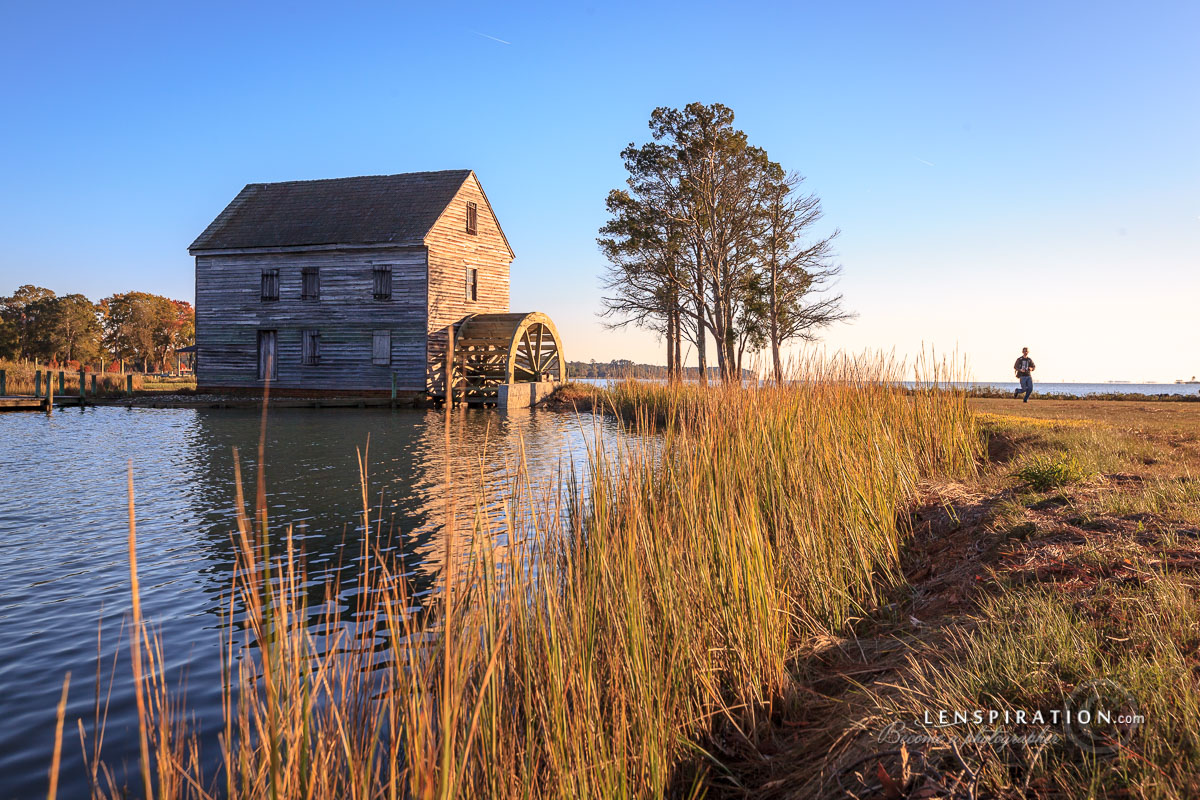