One catches a first glimpse of their destination. They scramble forward to get the best view, pull out the camera and take their prizewinning shot.

But is it really prizewinning?

Was it the subject that made the photo great? If so, the viewer will probably be disappointed at how un-prizewinning their photo is when they look at it again later on their computer.

There is a whole lot more to a photo that wows it’s viewers than just a wow subject. Among other things, composition and lighting play integral roles in the making of a great shot, and most of the time finding the right angle and being there at the right time are what will make wow subjects actually appear wow to the viewer.

And so that’s why, back in October during the CAPTURE Georgia workshop, we spent about an hour and a half at two waterfalls that short afternoon we spend in Cloudland State Park. We could have easily spent more time. And if we had, we would have gotten an even greater amount of interesting shots.

But I thought it would be fun to share the shots that we did find. I think it’s neat that once each photographer was able to slow down and actually make time to create some works of art, they were surprised that they could actually make some truly beautiful works of art. 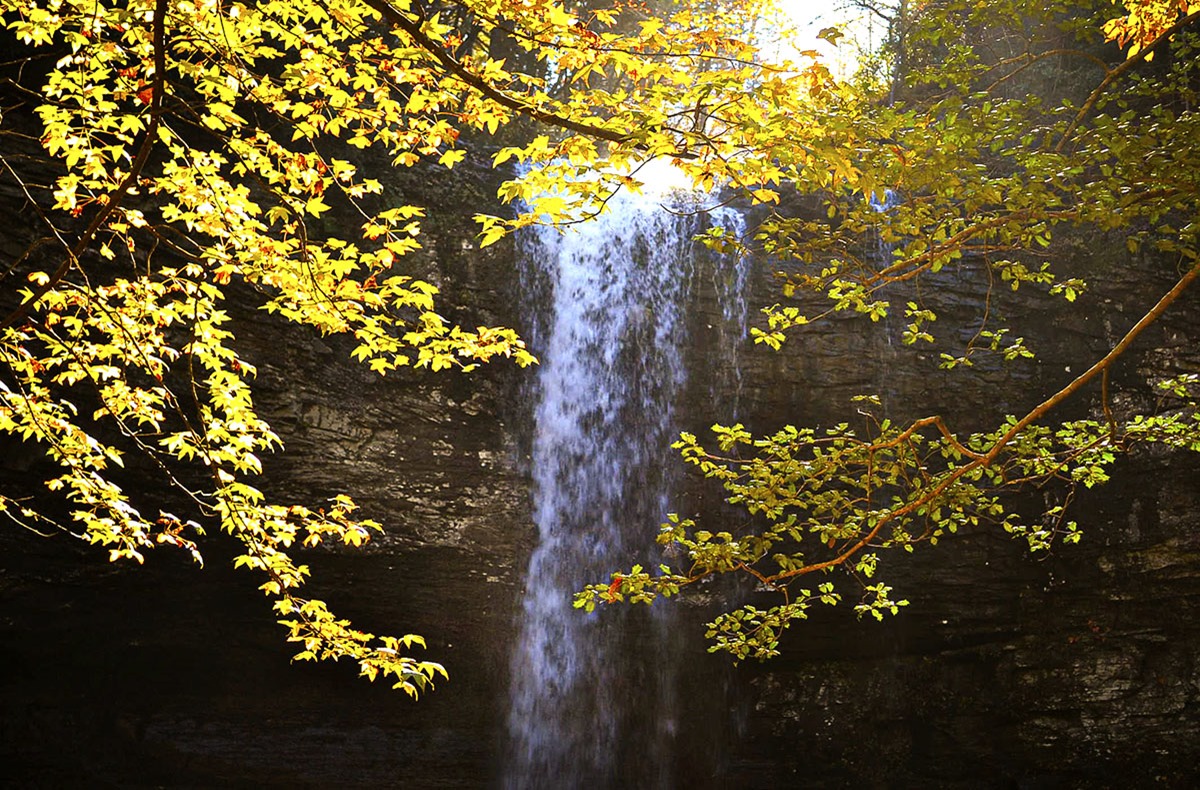 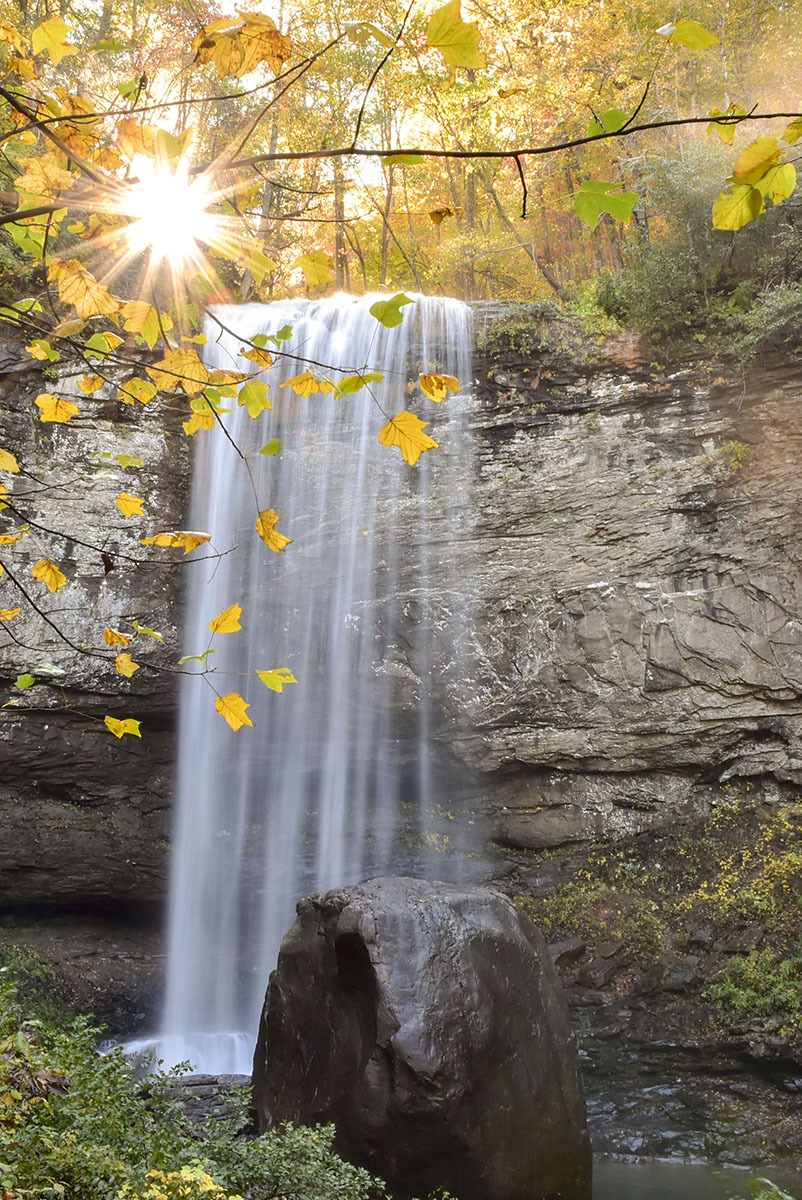 Amber maximized on the unique position of the main light source at Cherokee Falls. 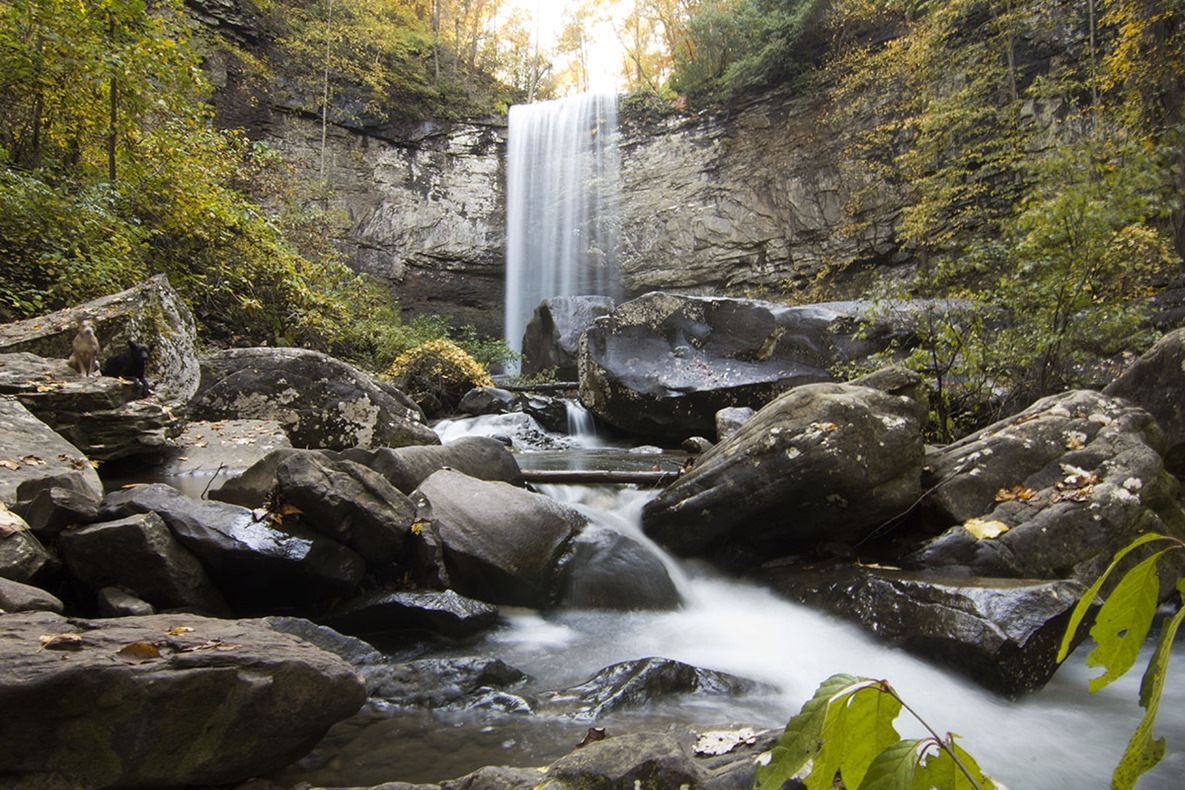 Dara risked a centered composition in an attempt to bring focus in an incredibly cluttered environment at Hemlock Falls. 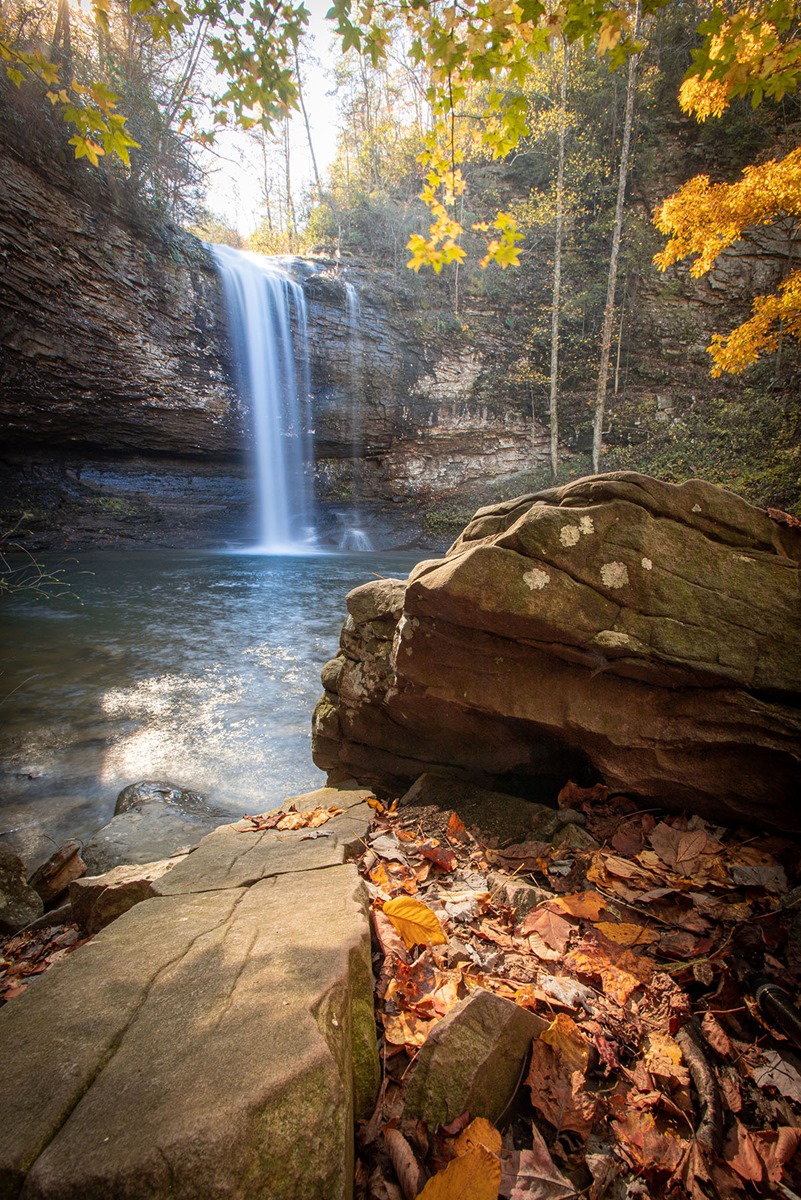 Luke worked a visual puzzle to engage and hold the eye in the scene using foreground elements and frames at Cherokee Falls. 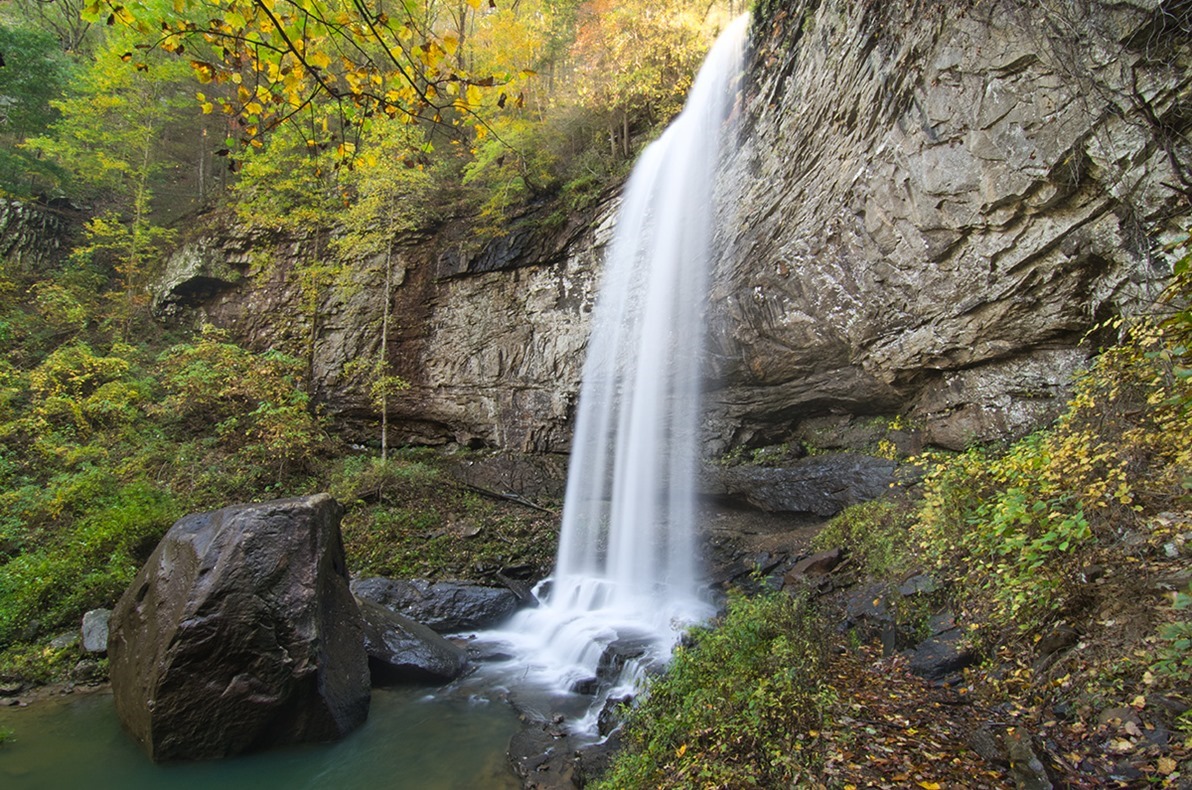 And here’s Ryan’s own perspective on how he found the perspective he did at Hemlock Falls: “As soon as we arrived at the falls, I began searching for a different composition that would give a unique view of the falls. I began walking along the river that stems from the falls and trekked around for a while, going behind the waterfall and to both sides until I found this angle. The 40 foot high falls dwarfs the giant boulder at it’s base. My biggest challenge was keeping the spray from the cataract of water from blurring my camera lens. In the end, this was among my favorite shots from Cloudland Canyon, due to the composition, story, and mood of the photo.”

As the instructor, I do not spend much time behind my own lens during a workshop. However, I did manage to get this snapshot of Cherokee Falls that I sadly never had time to perfect. 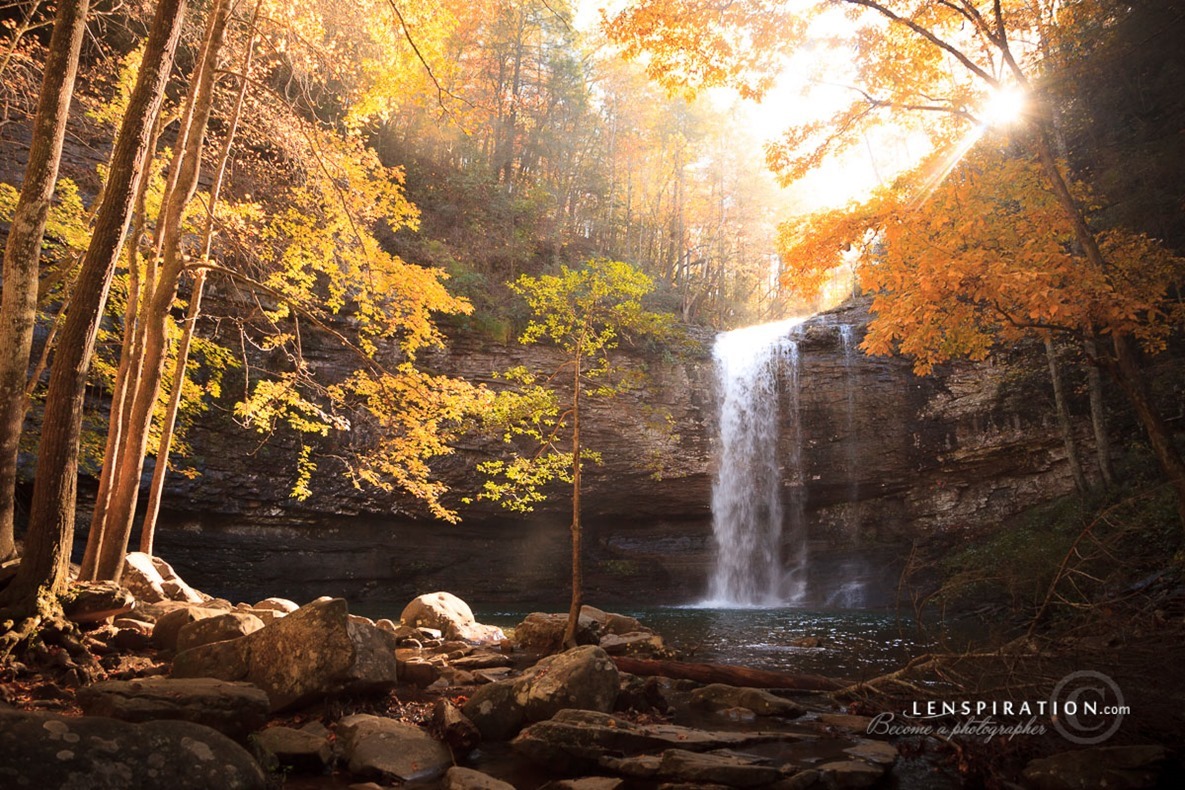 There’s a whole lot more to a location than what first meets the eye. When you see a beautiful subject, sure, take that initial perspective, but remember there are gems waiting to be discovered for those who are willing to look around for a different perspective.

“My son, if thou wilt receive my words, and hide my commandments with thee; so that thou incline thine ear unto wisdom, and apply thine heart to understanding; yea, if thou criest after knowledge, and liftest up thy voice for understanding; if thou seekest her as silver, and searchest for her as for hid treasures; then shalt thou understand the fear of the Lord, and find the knowledge of God.” Proverbs 2:1-5