A Rare Opportunity to Wait

Today, I was scheduled to drive up to Pennsylvania for Miracle Mountain Ranch’s annual Photography Summit. Of course, it was canceled because of you know what (and they’re working on something to replace it online . . . will try to keep you up on that).

But this meant I suddenly had some extra time! Well, maybe not extra. No one ever has any extra time. But at least I found myself with some time that I could use to work on things that I wouldn’t have been able to work on otherwise.

Wow. What a great spot for photos!

We’ve all heard of Garden of the Gods in Colorado Springs. Ever since I was young I’ve wanted to go there, so of course I had to stop in while I was in the area for a Convention last year. And while it was indeed a beautiful place, it’s also quite the tourist attraction. We didn’t end up spending much time there.

Which means I had some extra time on my hands. Well, maybe not extra, but I’ve already explained that.

Since we didn’t need to be at our next destination till evening, I had this incredible luxury of a free afternoon at the foot of Pikes Peak. Of course this is always an exciting thing for a photographer, but I had no clue where to go!

And boy were we in for a treat! 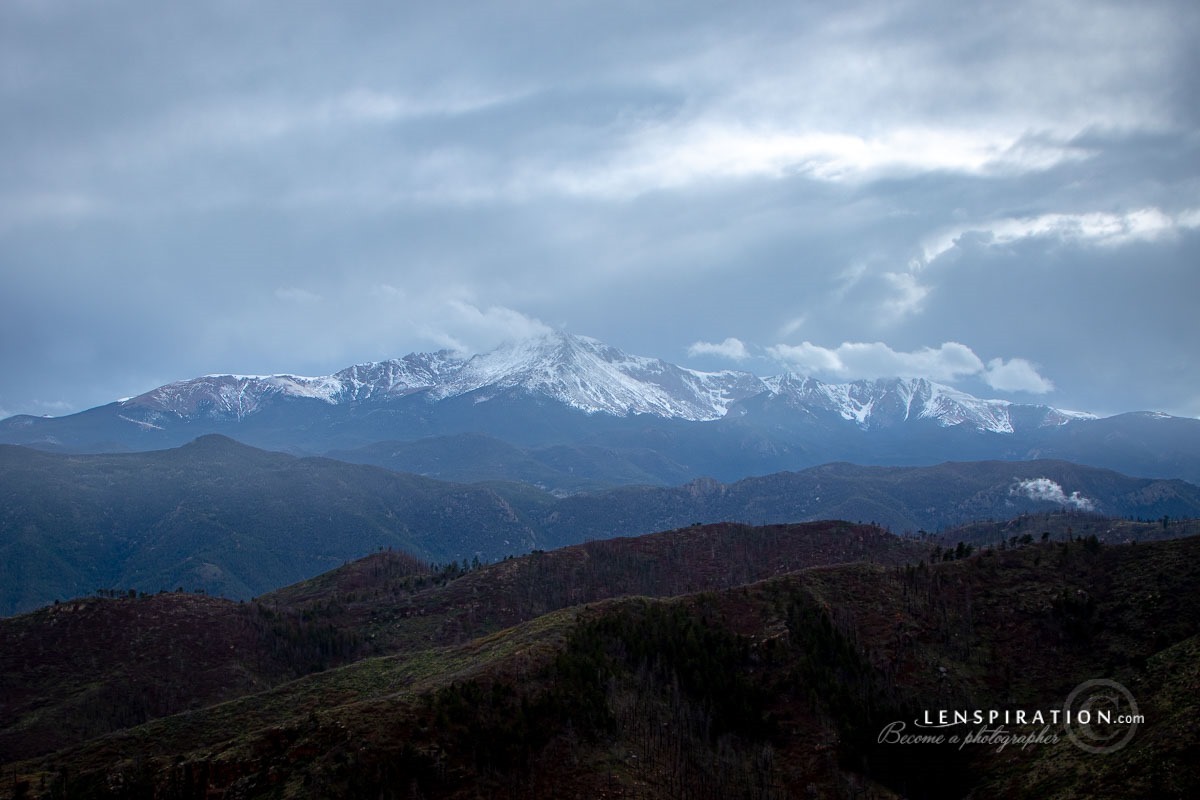 Spectacular, eh? Well, I’m sure that’s the normal first impression of West Virginia country boys when they arrive at such a vista for the first time in a while.

Of course, our first, awe-inspired snapshots of a spectacular place just never do it justice. And so thankfully, today I had the luxury of time. A rare opportunity where I could actually wait for the sun and clouds to do their work and move into just the perfect position for a masterpiece.

At least, that was what I was hoping for.

Sometimes, we arrive at a spectacular place at the moment of majesty, spend 2 minutes capturing the most amazing picture ever, and then move on. This is the typical family-vacation strategy. But when there’s the time for it, it’s really nice to be able to wait and see how the landscape changes. And it’s interesting just how things played out this time!

The weather forecast predicted heavy clouds breaking up to clearer skies by sunset. While the clouds were around, I tried scoping out some shots with the telephoto: 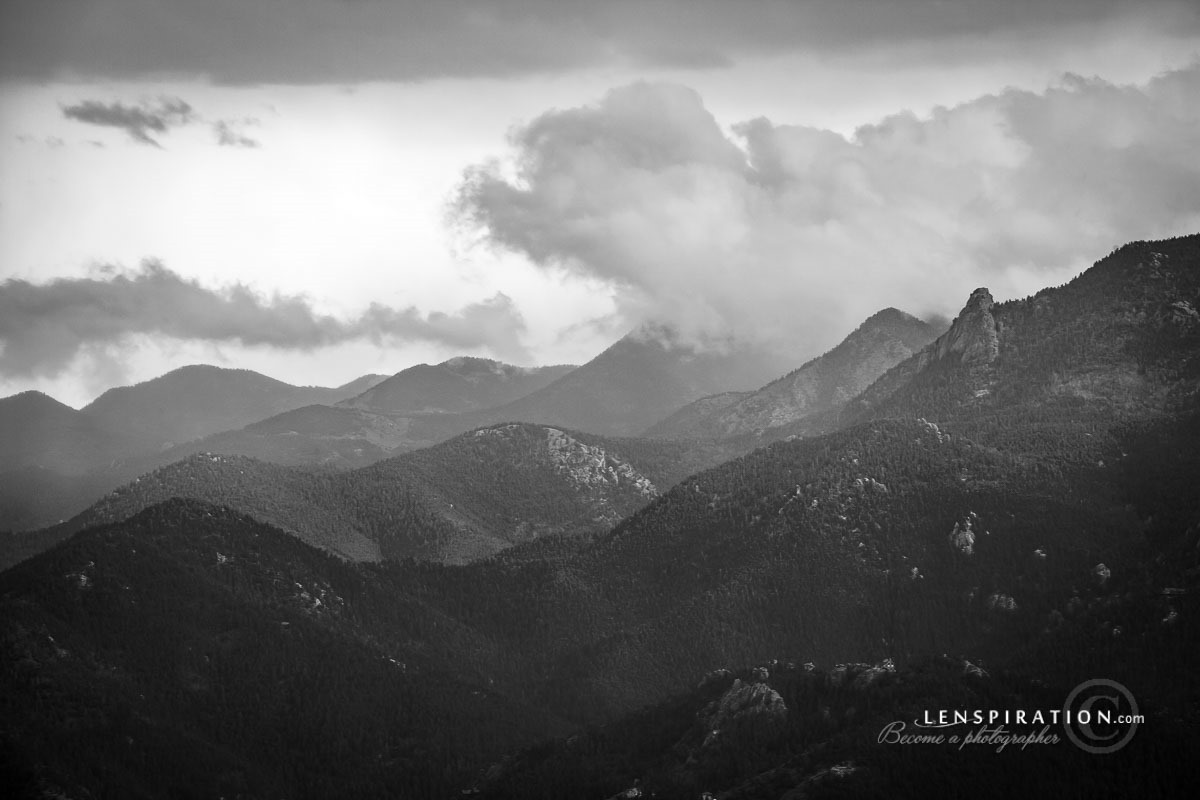 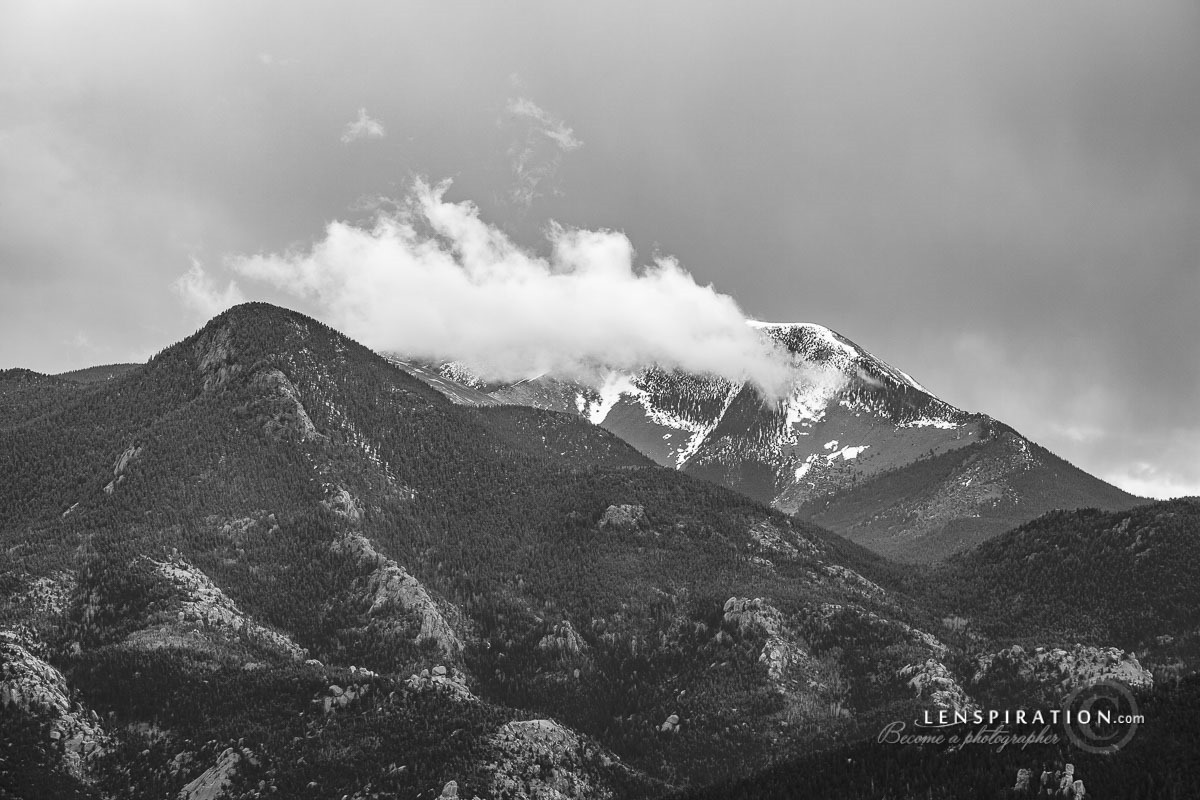 And post processing allowed me to do some stuff with the foreground: 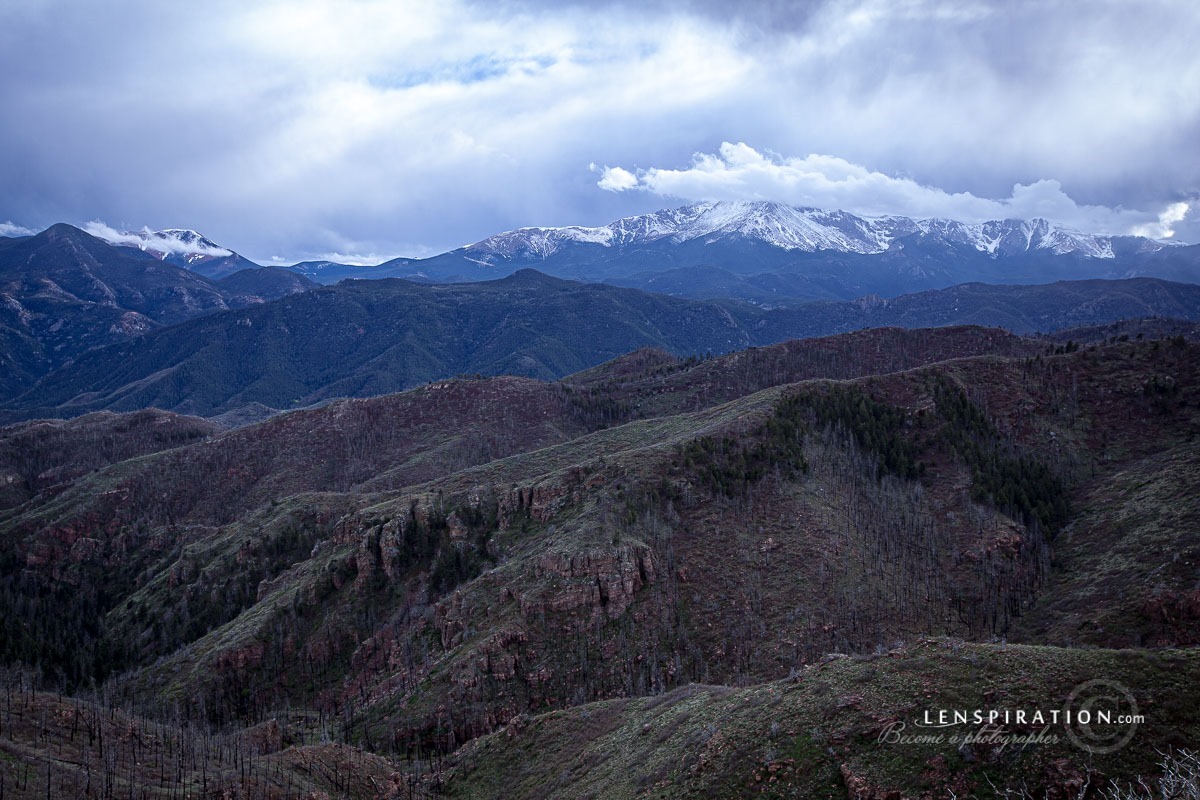 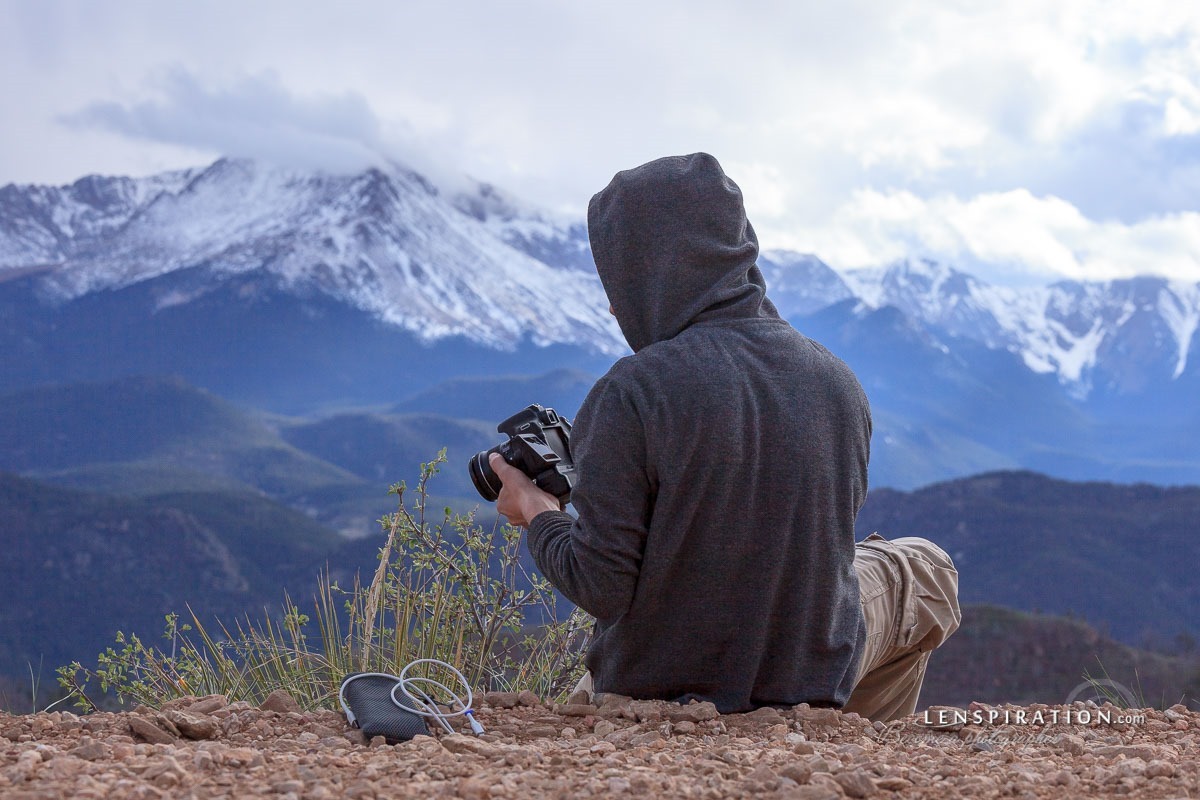 And beyond taking pictures, this time of waiting turned out to be a great time for devotions. Even though it was spitting snow, I couldn’t help but pull out the folding chair and really enjoy the experience.

Then the sun made it’s appearance! 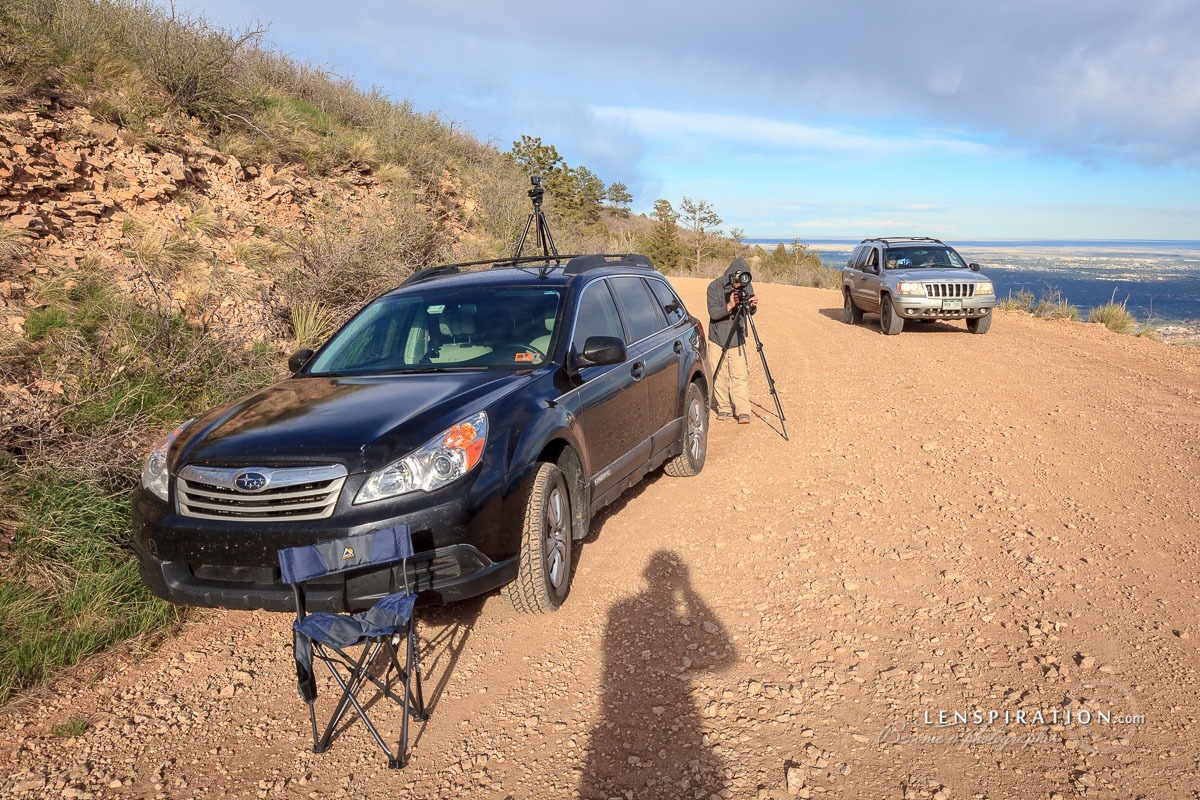 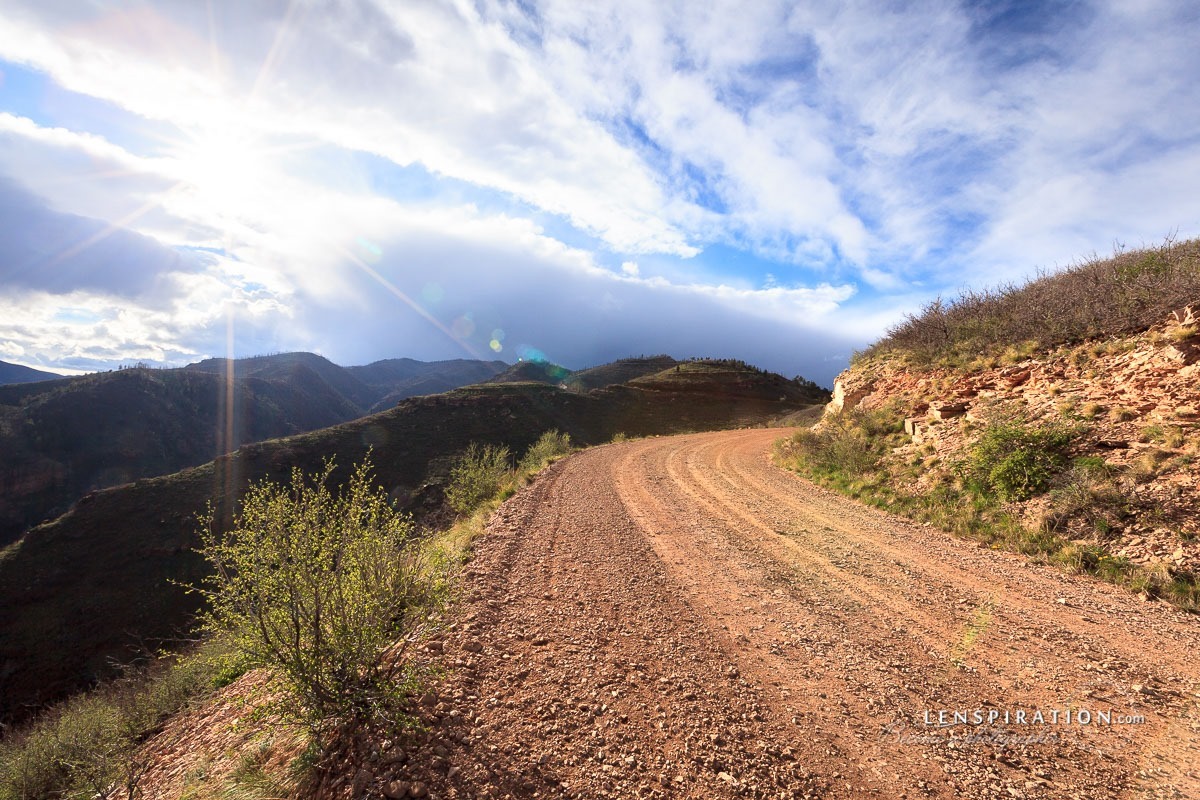 This is when the excitement started ramping up. Finally, there was texture on the slopes. 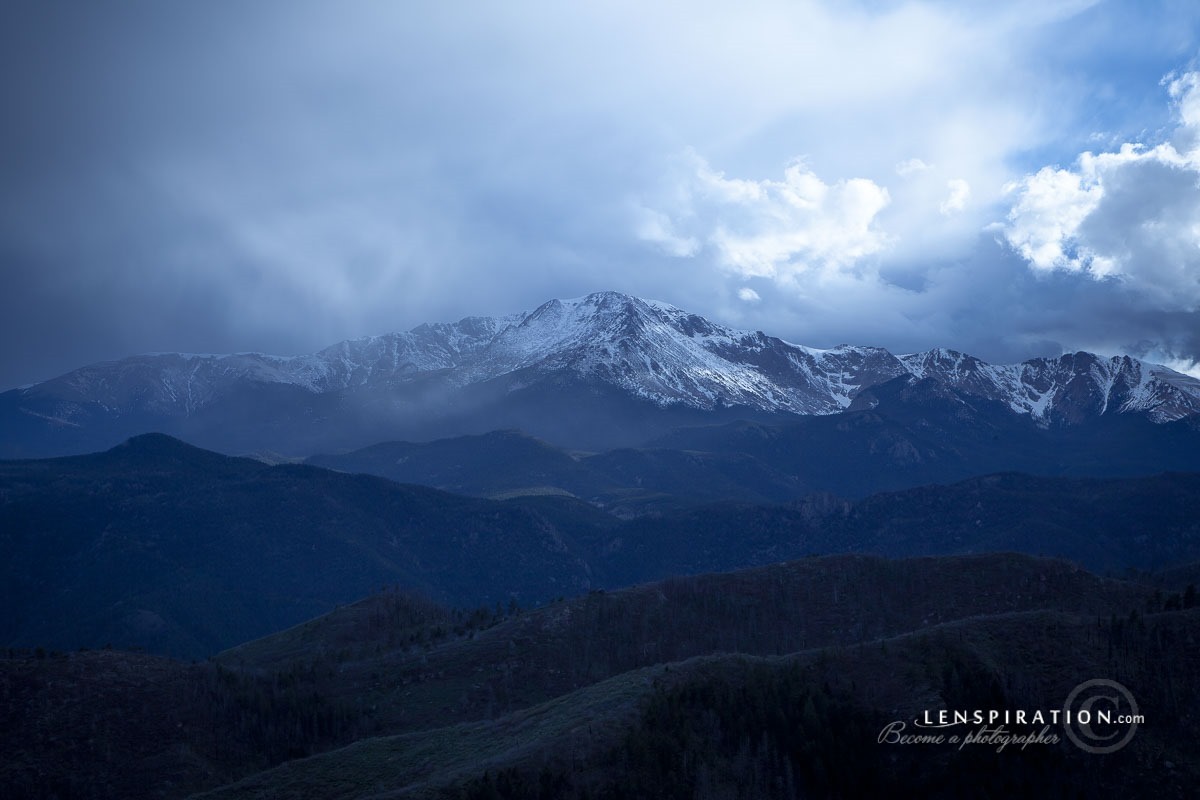 And the more the sunlight moved in, the more dramatic the scene became. 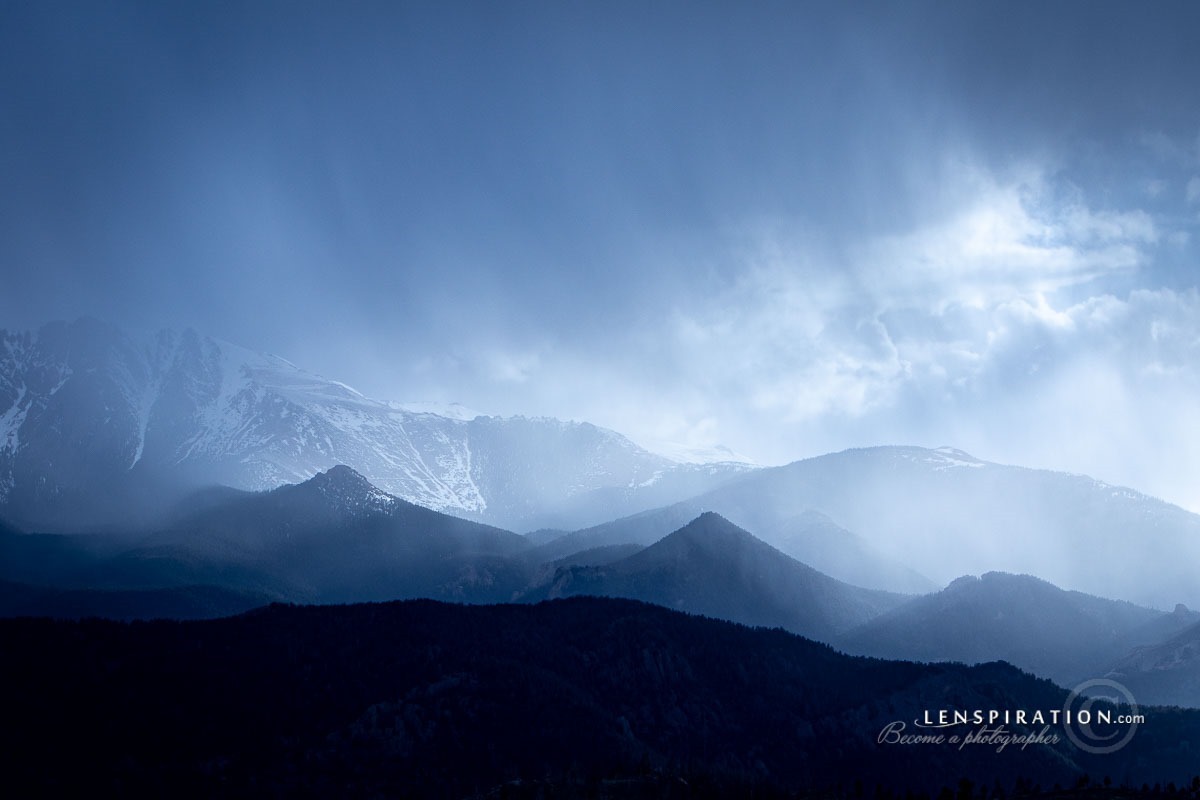 But I had to be careful. With the drama came blown-out highlights on the now-visible higher clouds. The wispy, misty storm clouds were amazing for atmospheric perspective, but the clearing skies were bringing with them an invasion of normality. 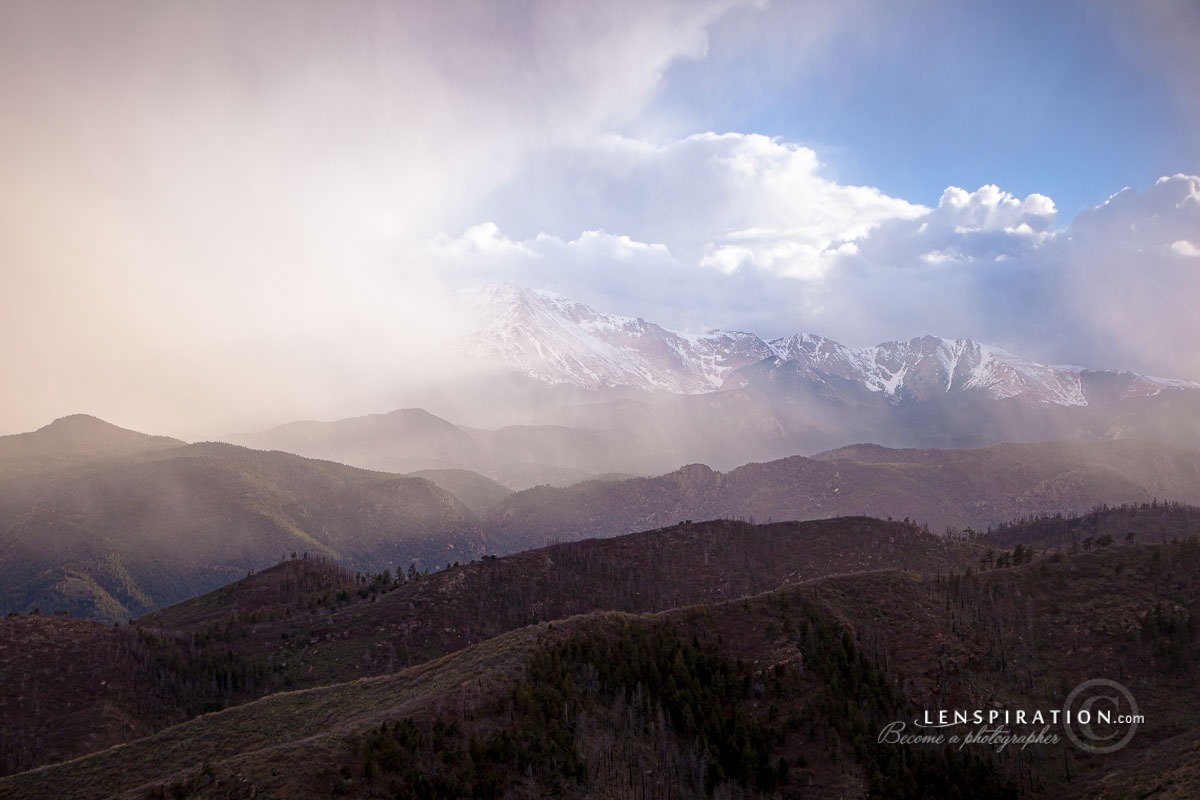 So again, it was a blessing to have that rare opportunity to wait. As the storm blew eastward, it unveiled Pikes Peak in such a fascinating way that I was really grateful to be there to watch it. 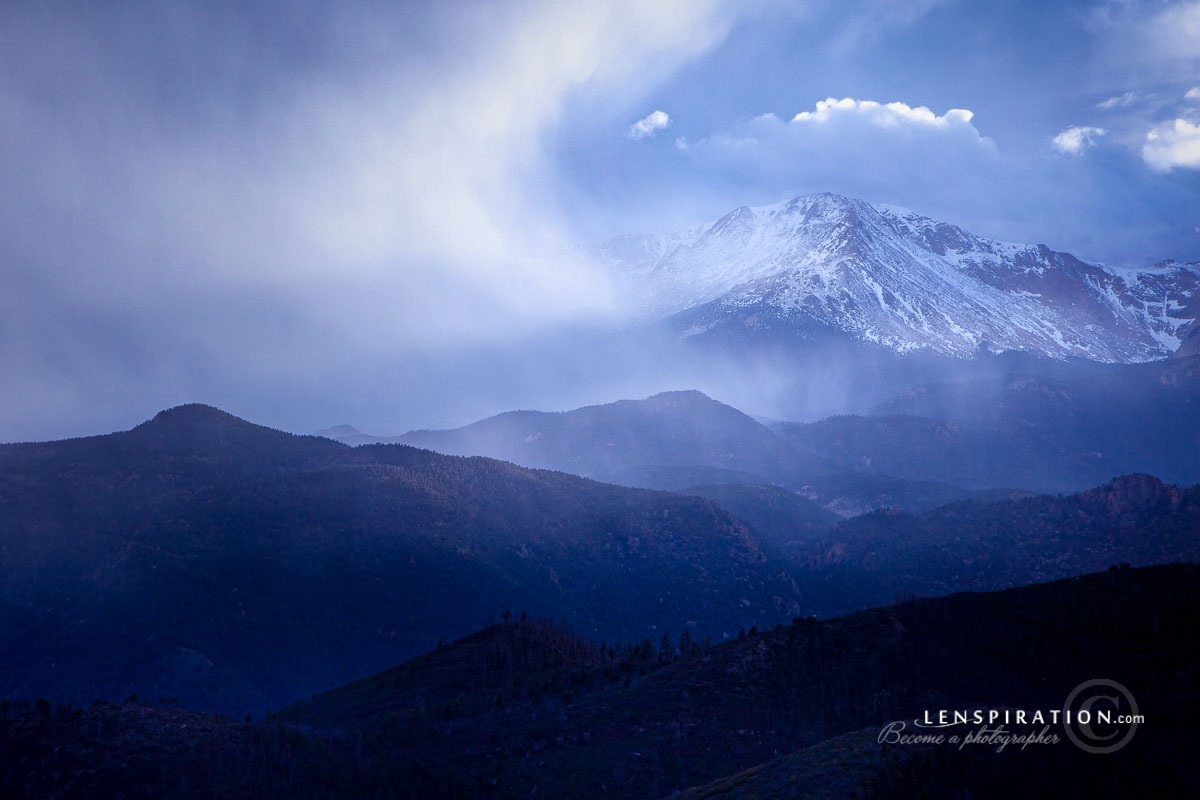 And this is the shot that I liked most for a desktop wallpaper: 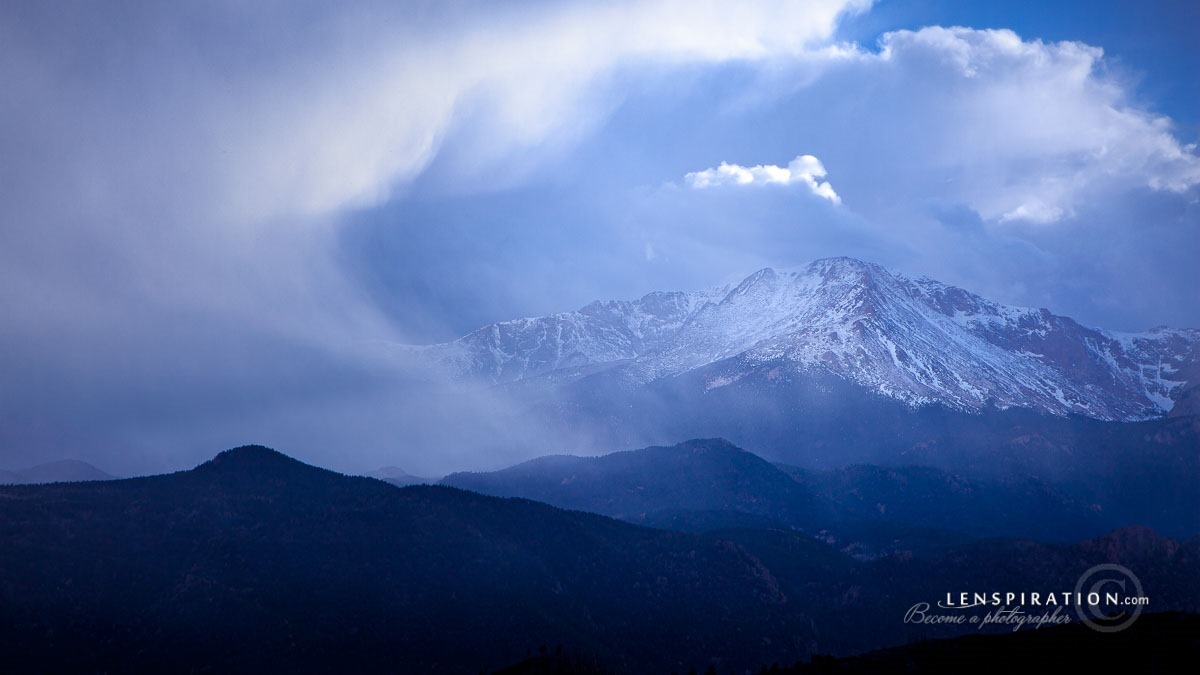 And so, while it might seem inconvenient at the moment for things to be canceled and schedules to be completely rearranged, I think it’s interesting that God is giving me a rare opportunity to wait. An opportunity to wait and see how the He decides to unveil His majesty in His perfect time.

“For as the heavens are higher than the earth, so are My ways higher than your ways, and My thoughts than your thoughts” (Isaiah 55:9).