Can You See Yourself Growing?

I thought it was pretty funny how, after posting a survey about Lenspiration last week, I got an email from this other photographer who was sending out his own survey.

Jeff Schultz is a professional Alaskan photographer, and after visiting his studio in 2014, I’ve been following his blog ever since. He was asking about the kind of content that would be helpful for his readers, so, of course, I took it.

If you’d like to unload your photography questions on a photographer with a lifetime of experience who is looking for questions to answer with new (potentially free) content, feel free to take his survey too here. I do recommend following Jeff not only as a landscape and wildlife photographer, but also as a commercial and event photographer.

But anyway, while I was thinking “Alaska” thoughts, I decided I would go back to some old photos from the first time I was in Alaska, in 2013, to see if I could find something I could use for this month’s desktop background!

It was really interesting, looking through those old photos! With some of them I was like, “I wonder what I was thinking!”, or “oh, I forgot that I had learned not to do that!”, or “wow, compositionally, I think I would have done that differently now.”

Here are some examples…. 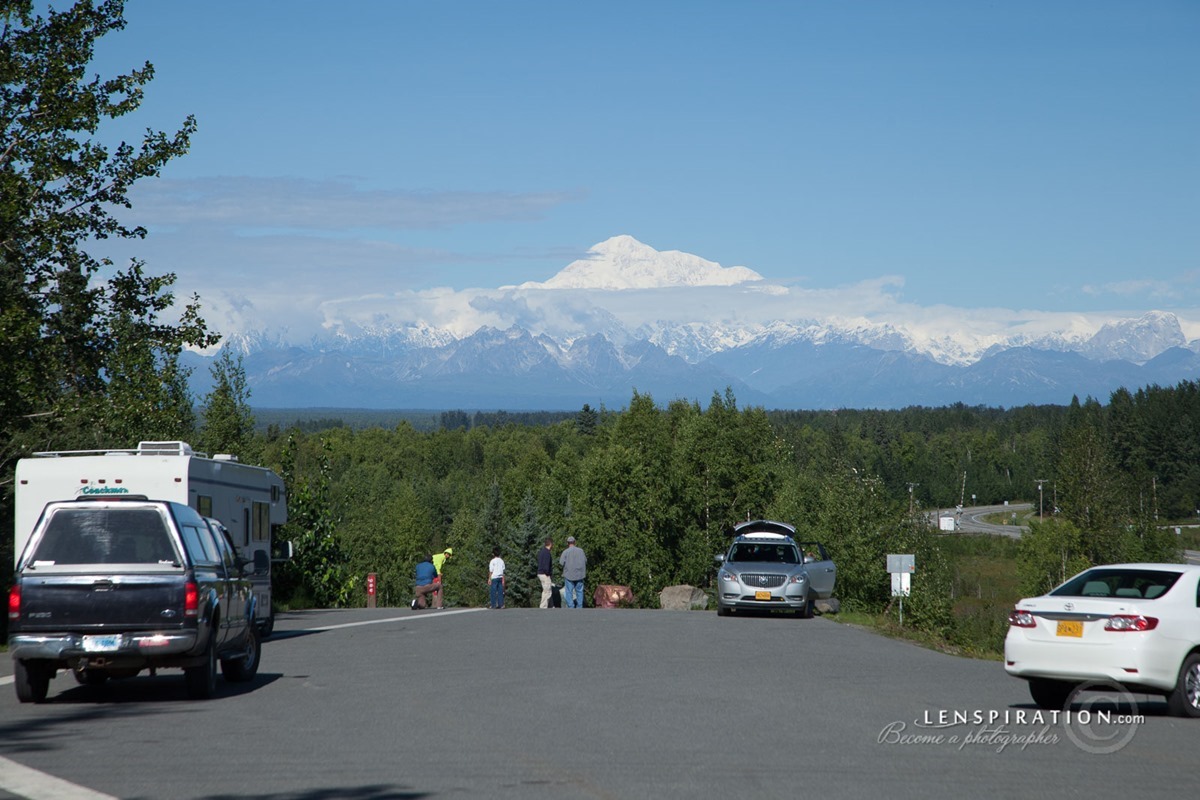 Like, really? If this was the only view of the mountain we saw, and I had only a fleeting moment to snap it for memory’s sake while zipping by on the highway, sure, I get it. But when we had specifically pulled off to get out and enjoy the view for a few minutes, I can’t conceive a reason for why I took it. Let alone, three photos that are almost identical! Perhaps it was the amazement of seeing the sheer grandeur of Mt. McKinley for the fist time? Perhaps I wanted to tell some sort of story of people observing the mountain? I honestly can’t remember. I think I decided long ago not to fill up my hard drive with these sort of pictures. 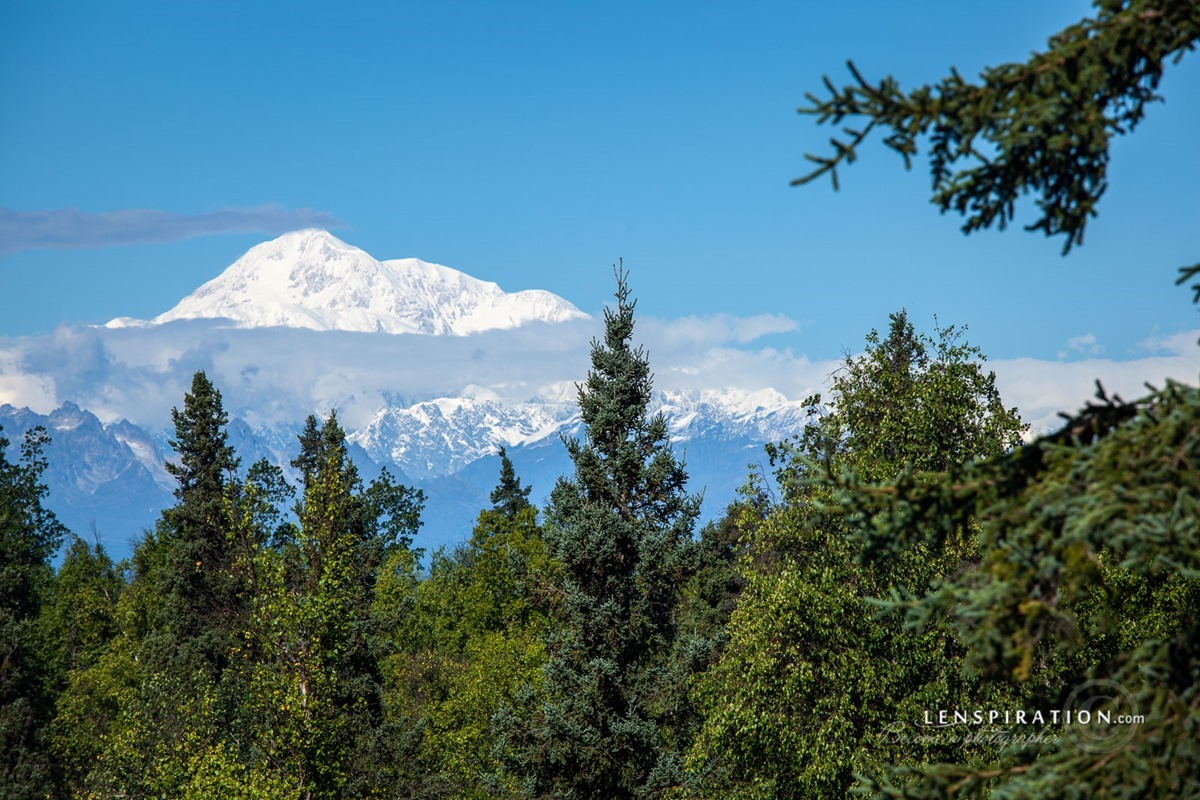 Finding things to frame a photo is a really good idea; it makes sense to use something to fill in all that empty blue sky up there in the right corner. But….you would think I would have known this particular element wasn’t going to work by looking through the viewfinder, wouldn’t you?

Here’s an element that works a little better I think: 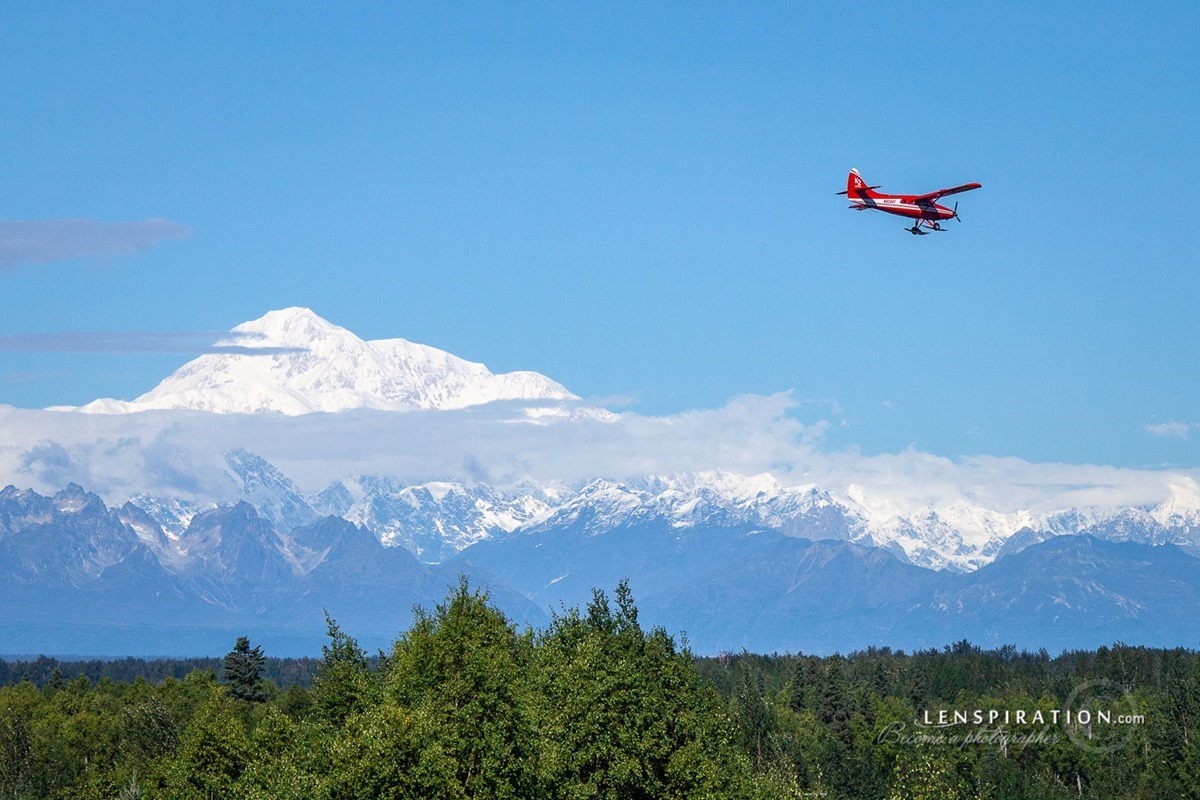 There isn’t time to pull over at every bend  in the road when driving through enchanting landscapes (and not every photo I take is intended to be an artistic, wow, calendar shot either), but there was an old thought that was triggered in my mind when I saw this shot…. 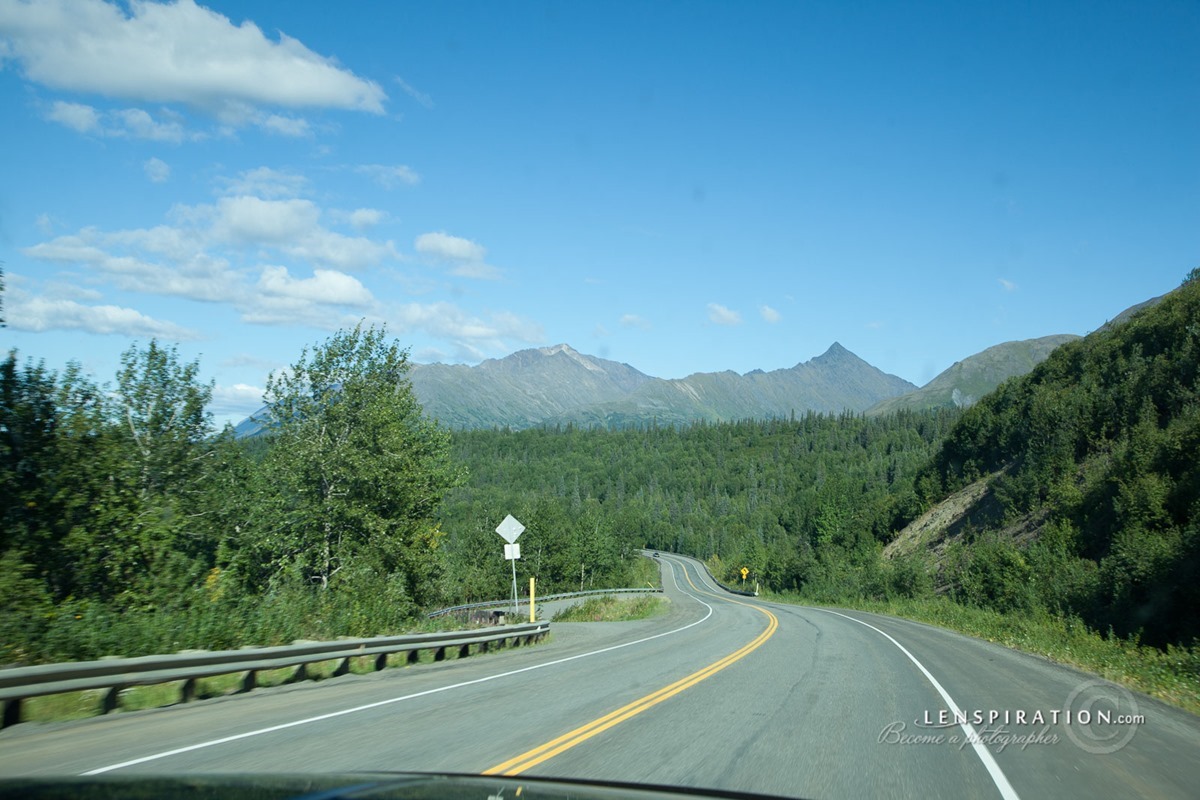 The color casts that car windows create. It’s not often perceived with the eye, but it’s usually fairly obvious in photos. I just had forgotten that I had learned that. 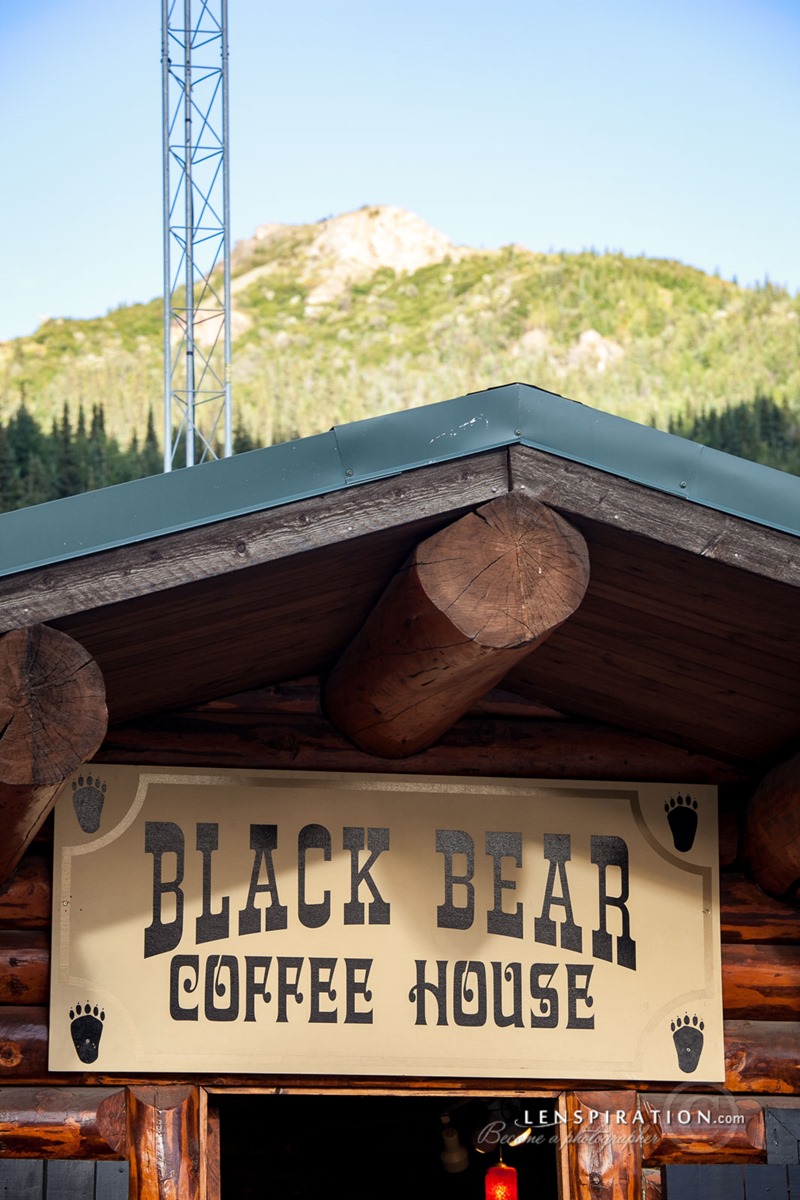 Ok, neat sign with a neat mountain peak behind it….that’s what I saw with my eyes. But that’s not what you see, is it? First off, there’s the dynamic range. Secondly….did I not even see that metal frame pole thing? 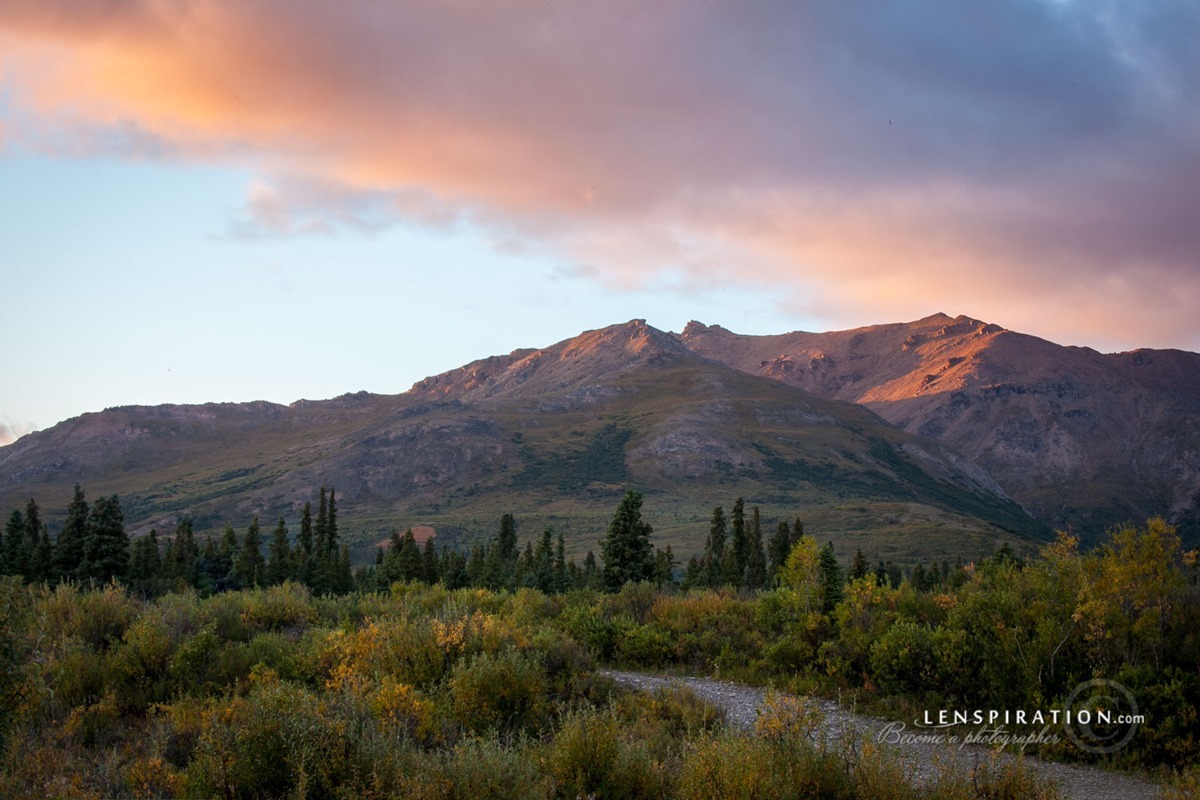 Sunset was spectacular that evening. There was even a nice little trail we were able to hike out on to get away from the road and give us some options for foreground. Beautiful light, fair enough of a subject….why did I not step over, ever so slightly to the right, to make the trail a more integral part of the photo? Oh, it could have been epic! 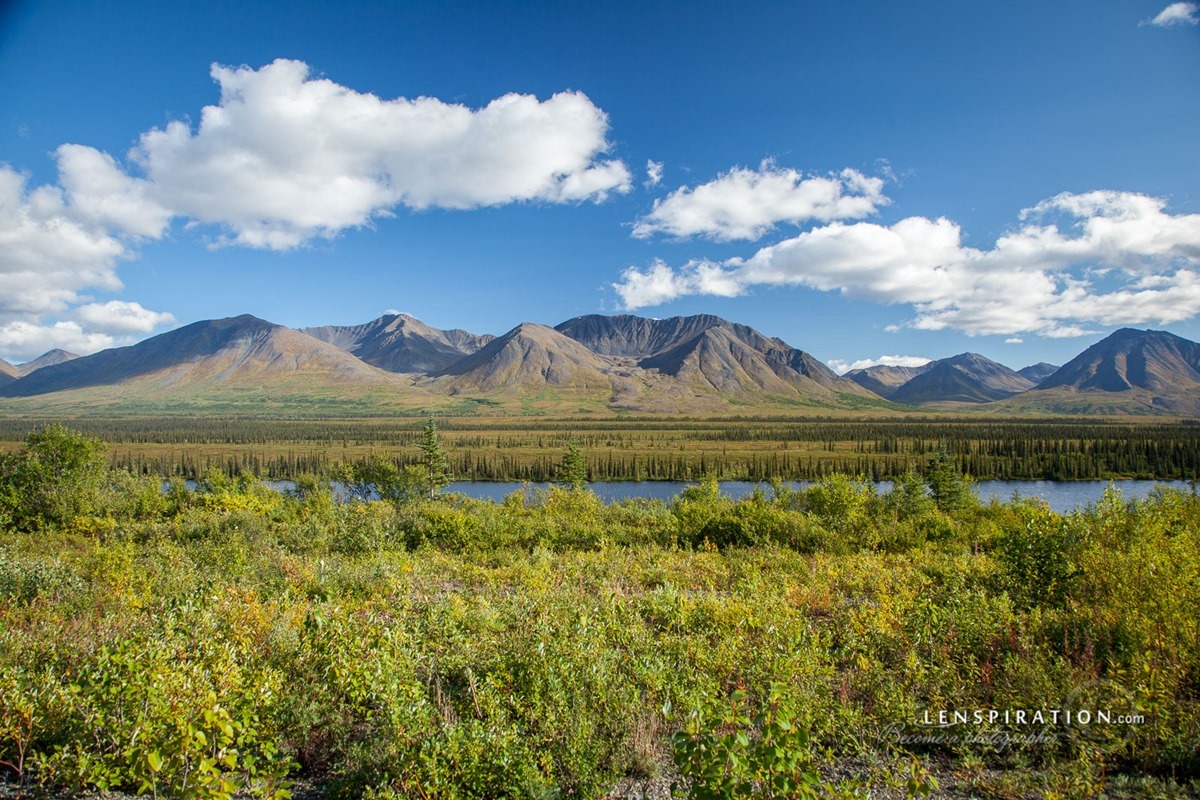 The one thing that stood out to me the most, going through those photos from Denali, was my foregrounds. So many of the photos were of really neat scenes, but I wasn’t thinking about my foregrounds. 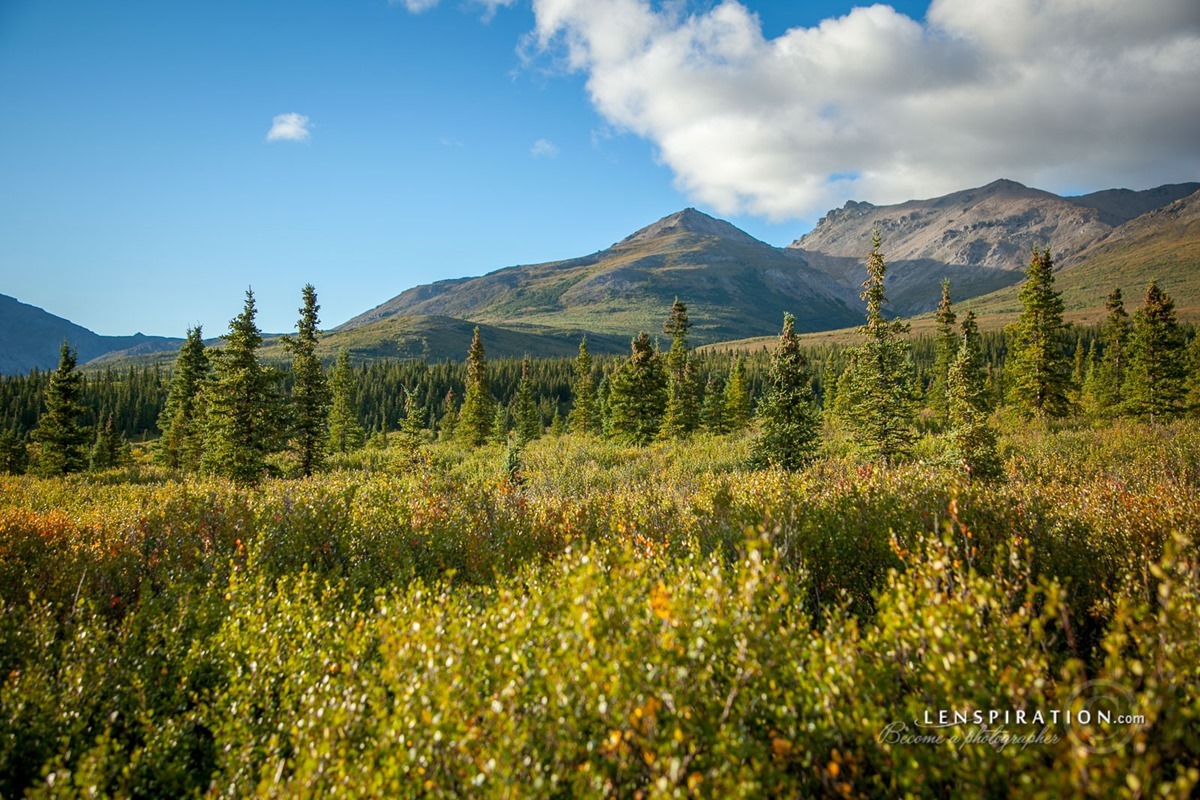 Bushes right up next to the camera don’t make great foregrounds if they don’t feel intentionally placed. Especially if they’re out of focus and take up this much real estate. 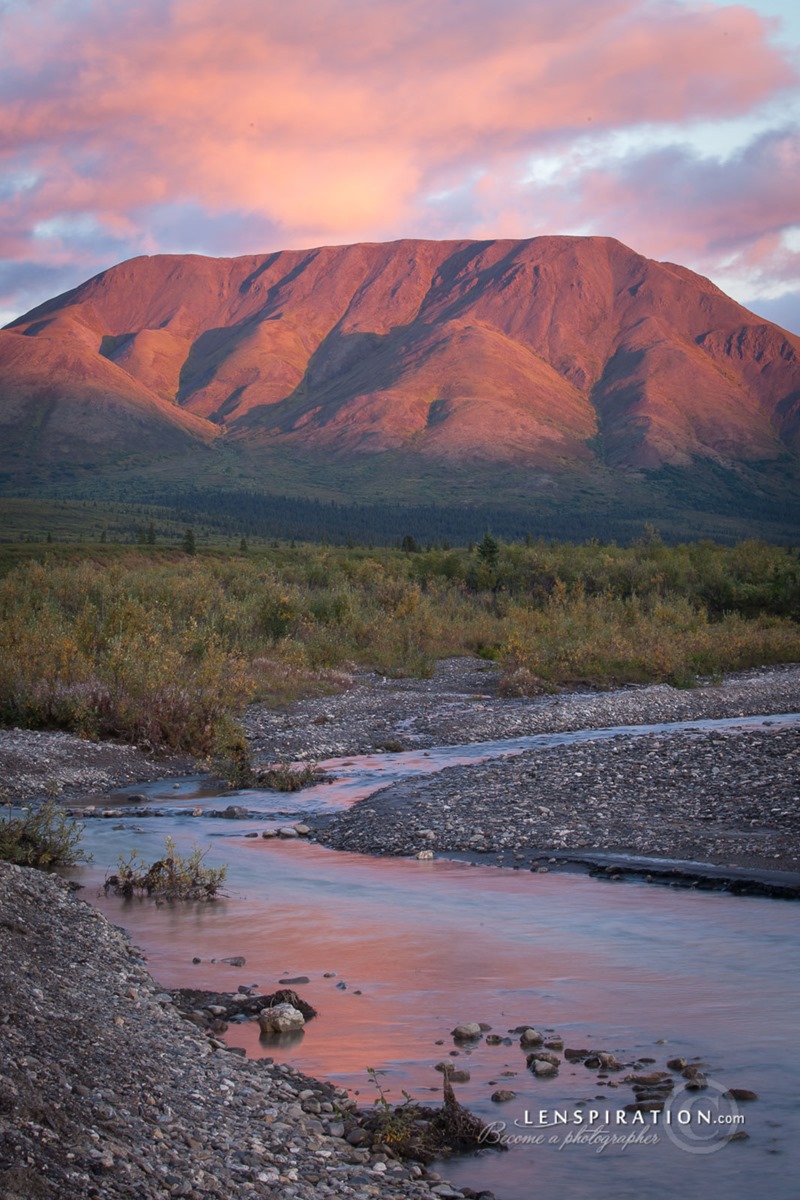 I remember thinking how beautiful the light was on that mountain that night! “That looks like Uluru!”, I remember thinking. But was that the best foreground I could find? Evidently so, because it was the only perspective I took on it.

There was one unprocessed photo from that Denali folder, however, that I think turned out pretty well. No, the foreground isn’t in focus, but the bushes form a texture that I don’t feel is distracting and fills the foreground fairly well. No, the tree on the left isn’t in focus as much as I would like it to be, but it’s not so out-of-focus that that’s the first thing I think when I see the picture. Yes, the chromatic aberration is aggravated by the higher level of processing needed to compensate for the dynamic range. No, the clouds aren’t in the perfect spot, since I just shot whatever clouds there happened to be. But overall, I’m impressed with the framing trees, the feeling of “vast expanse” that was exactly what I was feeling in the moment (and probably the entire inspiration for the shot), and it really is the kind of scene that I find myself wanting to look at more the more I look at it. 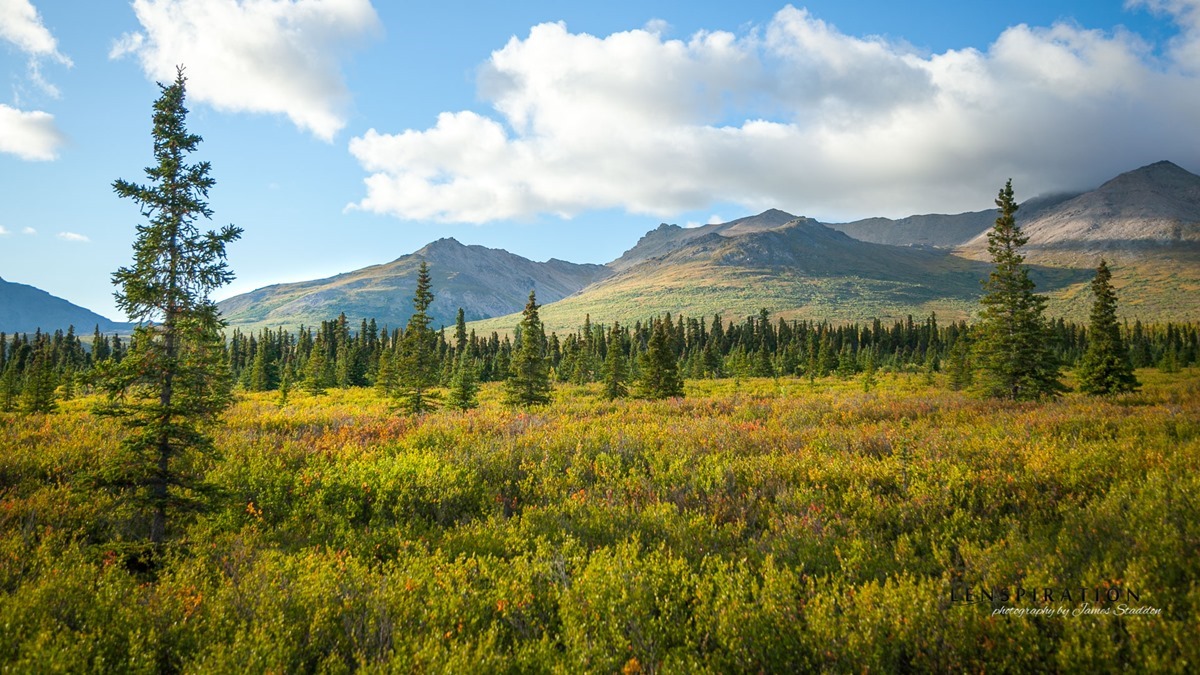