I ran across a fun little catchphrase the other day: “Don’t make your photos your best-kept secret.”

It’s always nice when you can get your photos off the hard drive and used for something.

And if that something happens to be of eternal value too, it’s extra nice! A friend of mine is an incredible pianist. She recorded a beautiful arrangement of “Savior Like a Shepherd Lead Us” and asked if I might have some pictures she could use to make a video of the recording. So I went searching my hard drives for photos of sheep and lambs and paths and pastures!

Not all 16 photos she used in the video came from Lenspiration, so I thought it might be fun to let you guess how many of them did, and exactly which ones.

As you watch the video, jot your guesses down on a piece of paper… and be sure to subscribe to her channel too.

Now, before I show you the answers, a couple questions:

Did you actually jot down some guesses?

Why did you think they were mine?

What attributes about the photos made you think that they were mine? Had you seen them on Lenspiration before?

Or was it the location… “Oh, James could never have been there.”

Or maybe it was the “style”?

Or the “epicness” or lack thereof?

Perhaps it was the time of day.

How it was edited.

Why did you think, or not think, that such and such a photo was taken by James?

It’s good practice to study the work of the artists you follow, and think about what makes their work theirs.

So, now let’s see how close your guesses were!

Here are the photos in the video that came from Lenspiration: 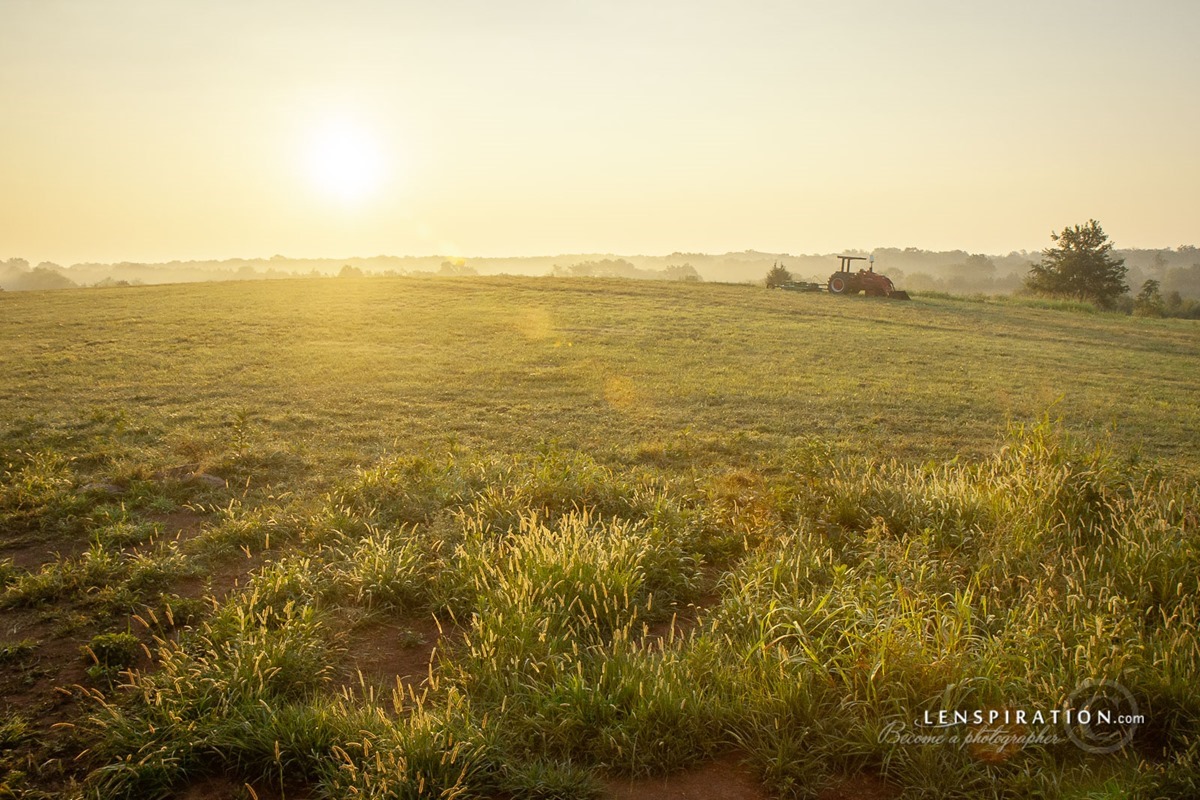 Picture #2 in the video. Sunrise over an open pasture in the Virginia countryside. 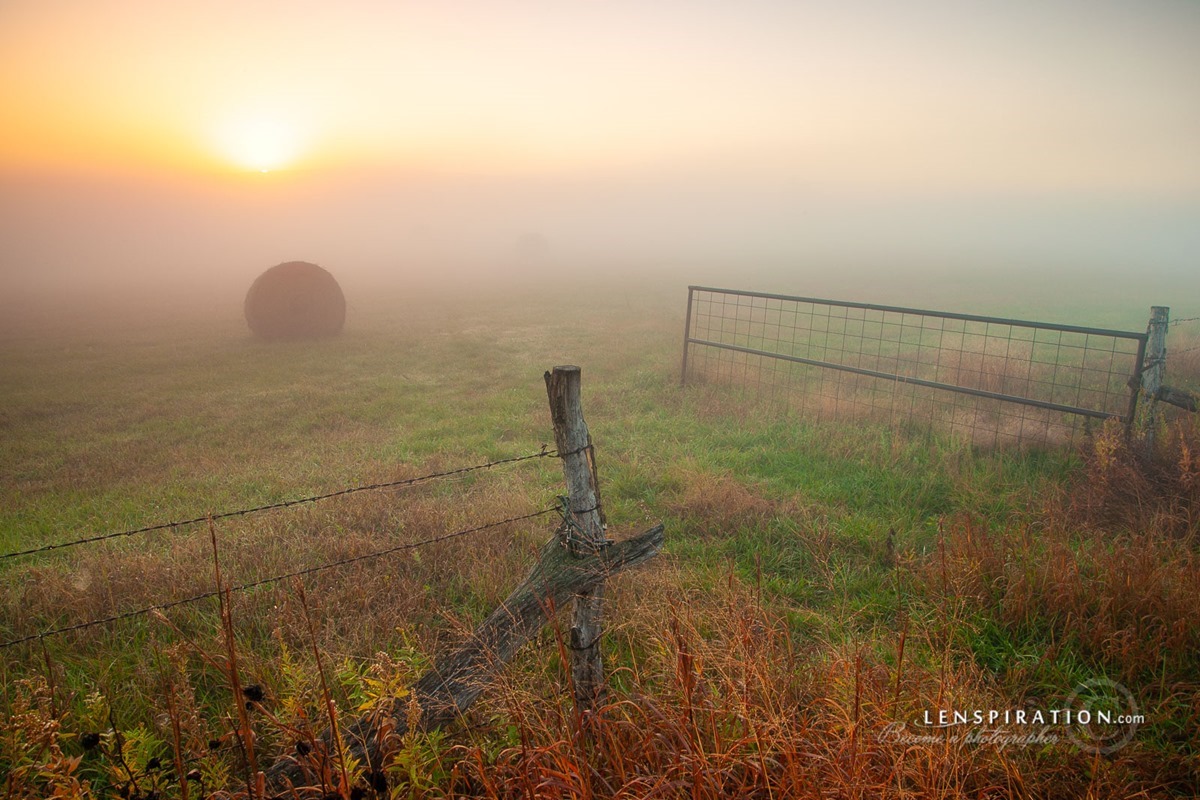 Picture #4 in the video. A misty sunrise taken in the rolling countryside of eastern Kansas, one of my favorite shots from a photography workshop held near Topeka back in 2014. 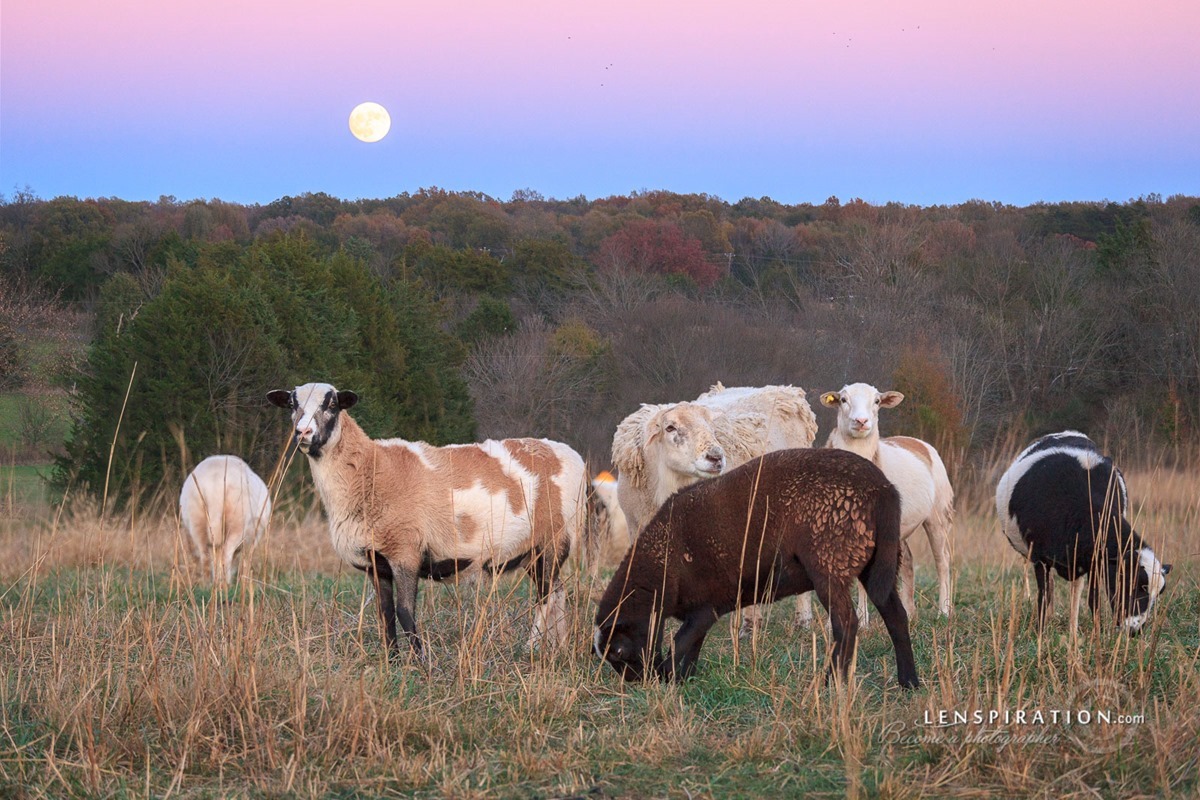 Picture #10 in the video. Sheep grazing on the same farm as the first photo, only this time in the evening of a full moon. 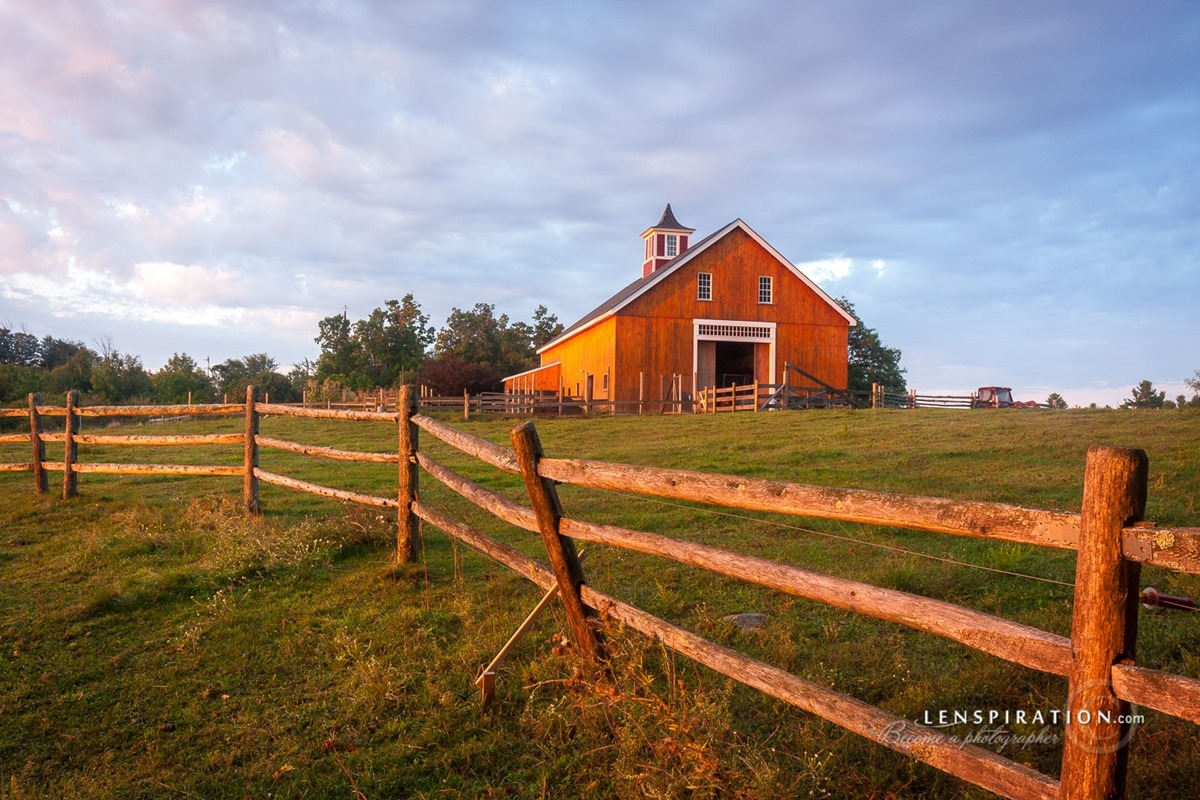 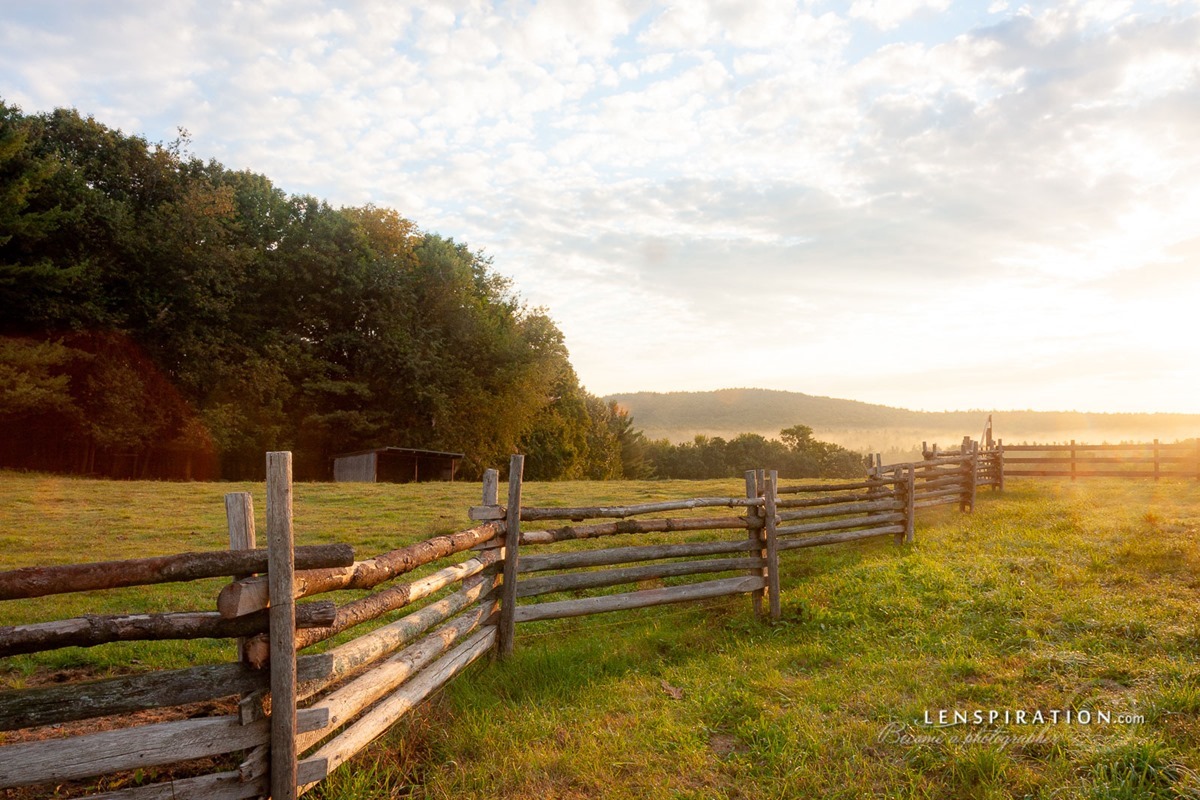 Picture #13 in the video. The same farm as the previous photo, just from another perspective, and a little later in the morning. 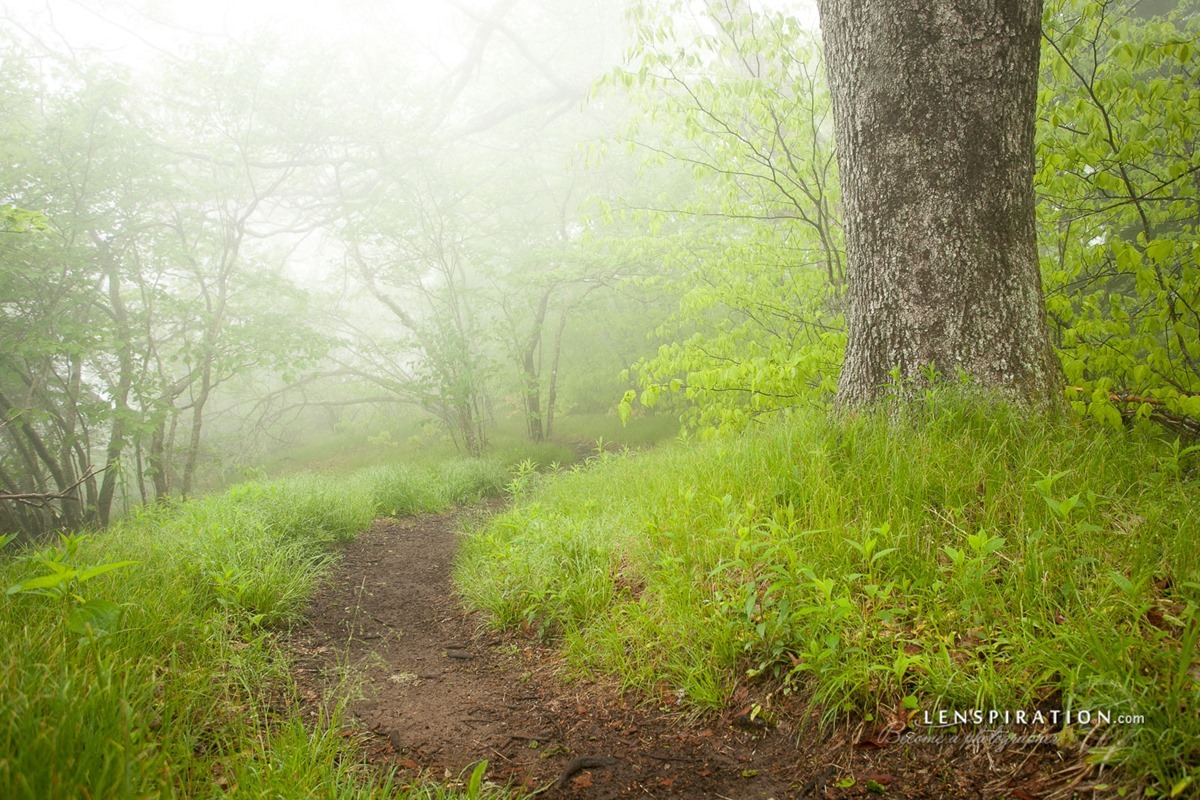 Picture #15 in the video, the second to the last one. A random path off one of the many overlooks along the Blue Ridge Parkway in North Carolina that for some reason has always reminded me of songs like “Savior Like a Shepherd Lead Us”, so I’m glad she decided to use it.

And congratulations to @creative-click-photography for having her photo chosen as the title slide!

So, were you right about any of the photos!?

Most likely, if you’ve been following Lenspiration for a while, you probably recognized most of the photos since you had seen them before.

But what about the ones you had never seen before? Did you notice subtitle differences in “style” between the photos that were mine and those that were not mine?

For one thing, it’s obvious that I didn’t have very many pictures of sheep! When was the last time I was driving down the road and saw a sheep and was like “Hey! let’s jump out and take a picture of the sheep!” Like, never? The simple fact that there are not very many animals in my photography portfolio reveals an aspect of my “style.” It’s not like I intentionally don’t take pictures of animals. It’s just that I don’t see them like other people do, who, also unintentionally, may have animals as an integral part of their photography “style”.

I also find the way I edit photos is different than most of the other photos that were used in the video. Of course, I think my editing style is best. But why do I think that? Because I’m me! Since you’re not “me”, your editing style is going to be different. Not intentionally, it’s just because you are you. Observing an artist’s work, the way they edit photos will reveal yet another aspect of their “style.”

But you won’t be able to pick up on hardly any of the various aspects and nuances of each artist if you aren’t looking for them. The more you study the work of one single artist, the more you begin to appreciate the various aspects that tie the whole of his work together. What the artist likes and dislikes you begin to pick up on. We begin to discover more about what the artist is like.

I was reading in Colossians 1 the other day. Did you know Jesus is an artist? “For by him were all things created, that are in heaven, and that are in earth, visible and invisible…” And I think it’s fun that the more we study His amazing artwork, whether it’s physical objects or intangible subjects, like art or logic, the more we begin to appreciate the various aspects that tie the whole of His work together. We start to see the Artist’s “style”. What the Artist likes and dislikes we begin to pick up on. We begin to discover more about what the Artist is like!