Yup! And as normal, I was feeling quite nervous again about figuring out how to shoot it. 🙂 It’s just so hard to find people willing to have their pictures taken for website headers and stuff online!

To make it worse, I was away from home. It’s convention season! I couldn’t ask the regular people that I know. So I started asking the folks I would be staying with on my travels. My first try didn’t work. There was another family I was going to ask, but as it turned out, I really don’t think that would have worked (with scheduling and all). So in the middle of it all, I figured since I was at a homeschool convention, I’d just get brave and talk to the parents of the one photography student I had on the Photography Team! It was the last option I could think of.

And, here’s what happened…

Even though we hardly knew each other, it went a whole lot better than I expected.

This first angle was great because it felt secluded and there wasn’t the bright sunlight shining on the walls behind the family. 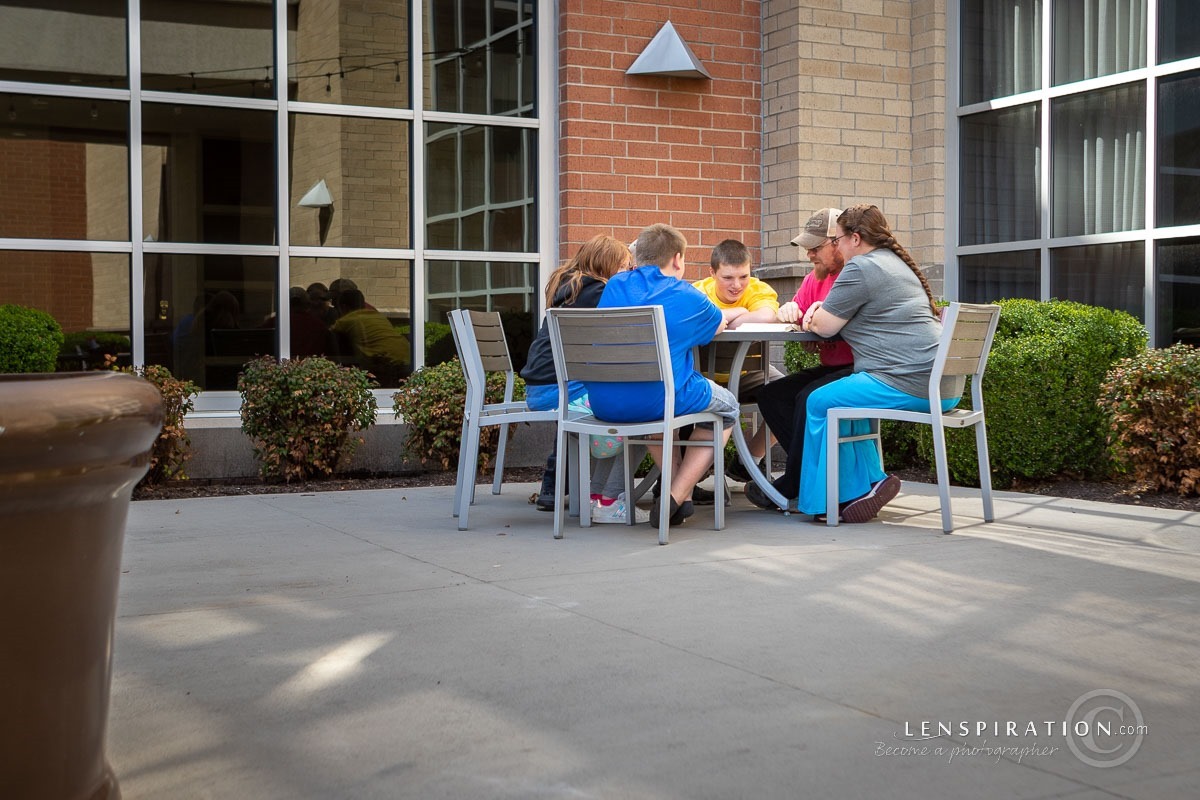 That angle directed a lot of attention to Mr. Mustard, so I opted to move to a different angle that directed the attention to the dad instead. Of course, I could have swapped what chairs people were sitting in, but I didn’t want to do that until I had explored other angles.

This angle with the bush in front works really well I think. The bush makes it feel more like a garden, less like a hotel, and provided the impression of distance and seclusion. 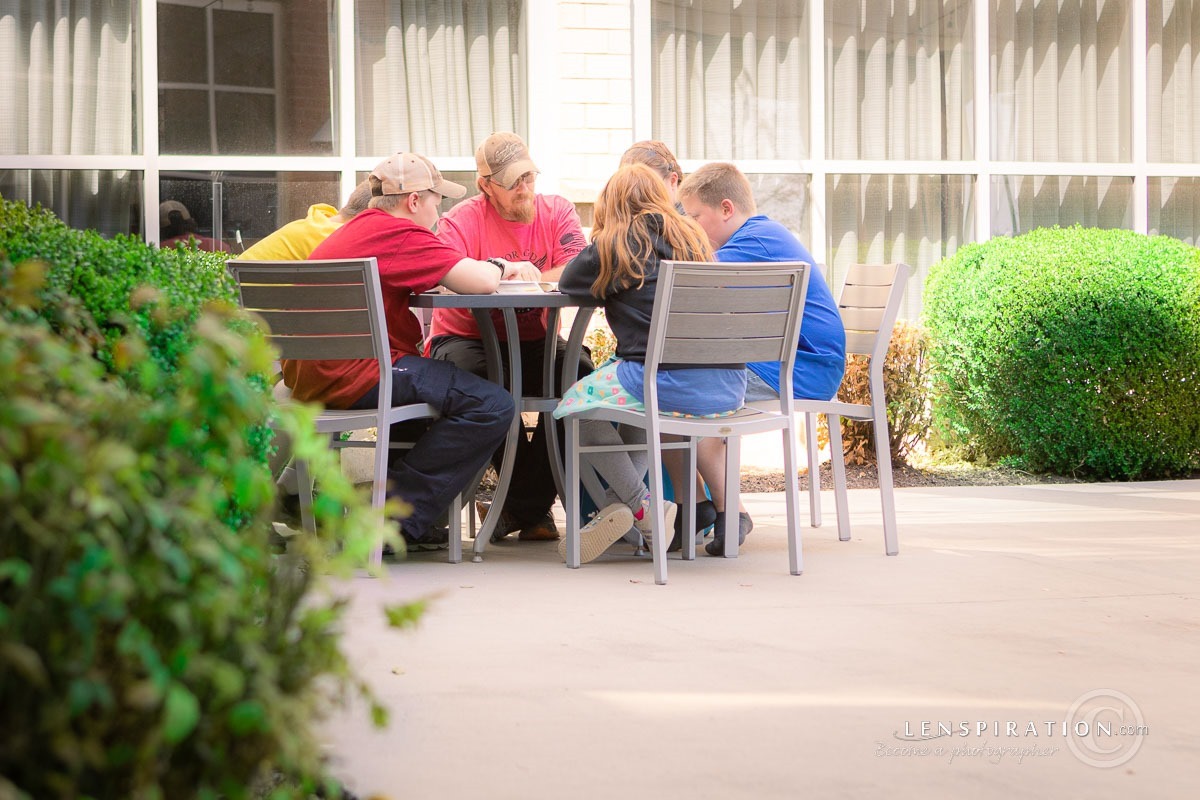 Liking this angle better, I went ahead and started looking for elements that I could use to direct the eye to the subjects and fill the frame for a composition that would work better on a website header. 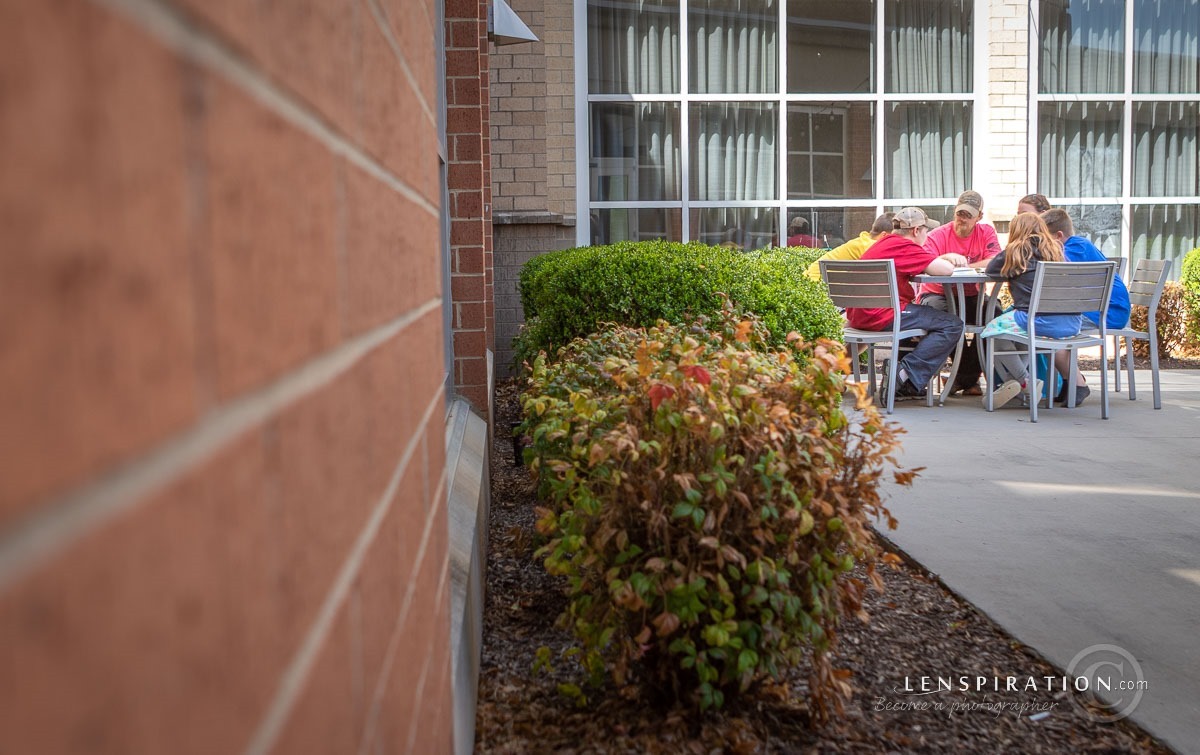 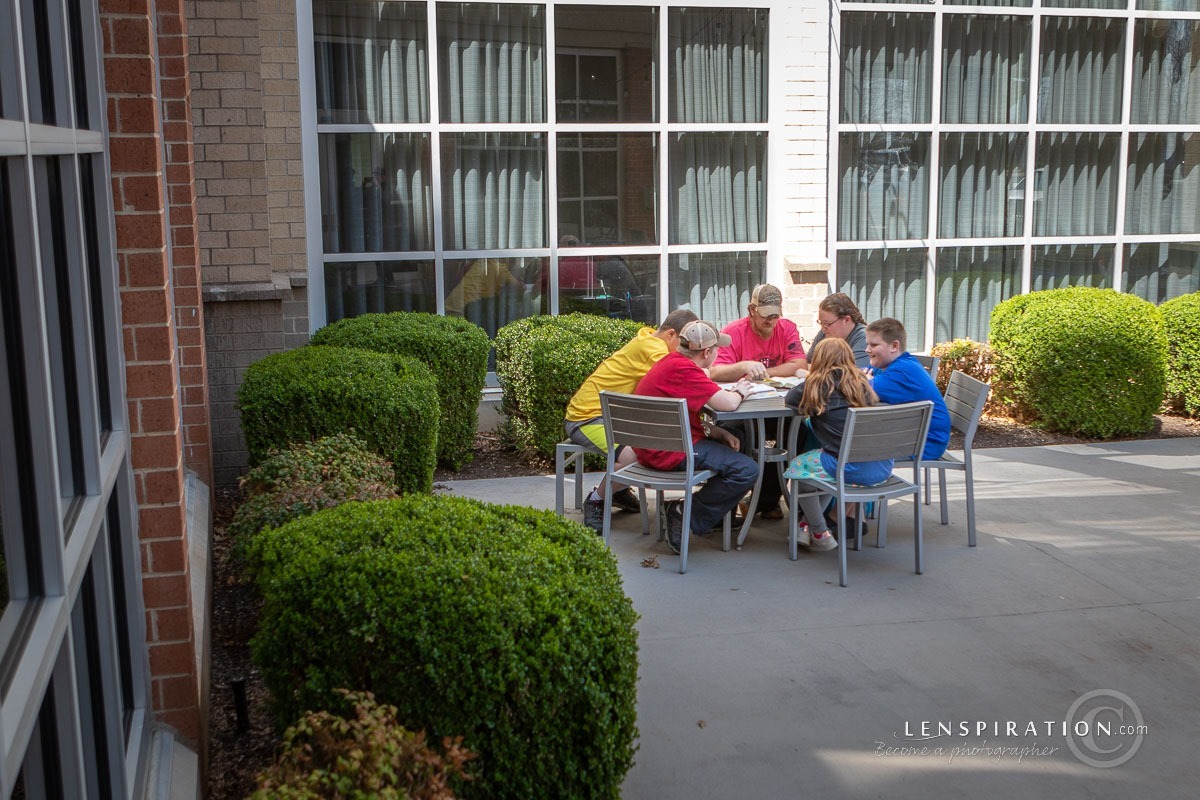 I tried a looking-down shot because I wanted some variety, but a wider angle lens would have been better for that. It’s a nice photo, though, so maybe it could be used for another element of the website. 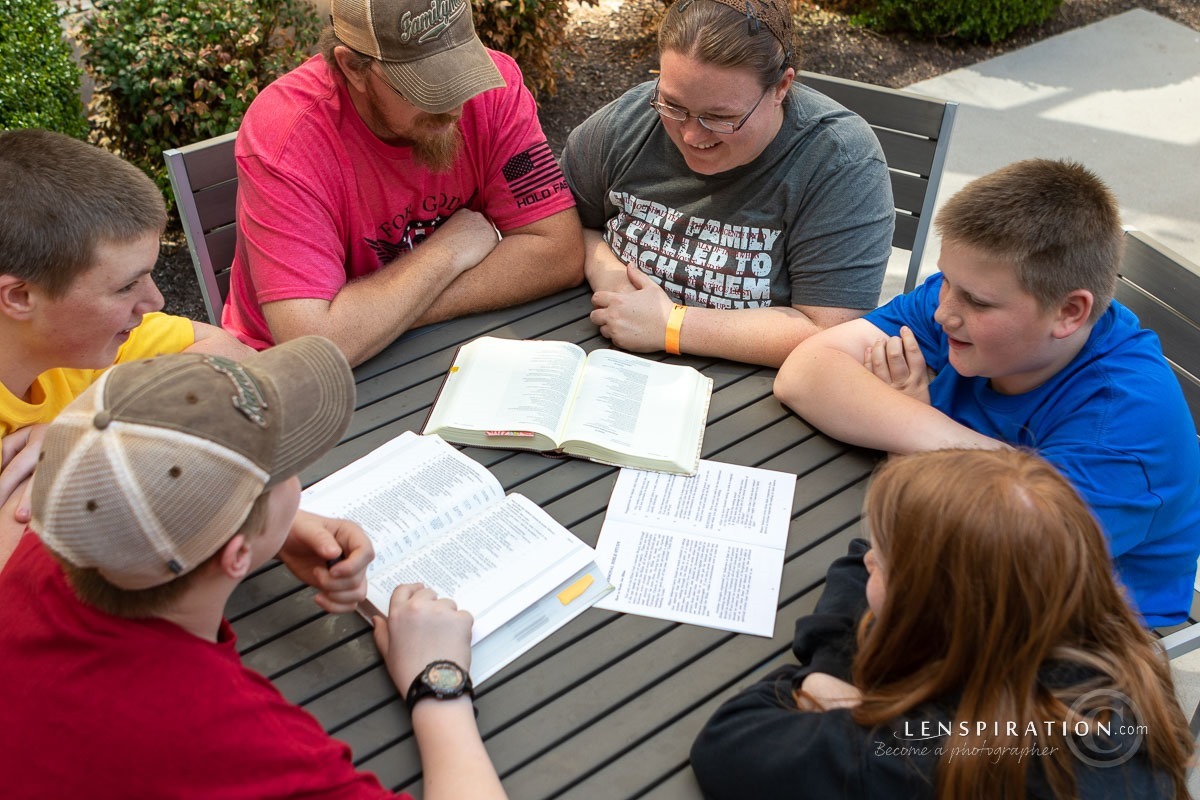 But the technical side of things isn’t the hard part for me. It’s getting subjects to take pictures of in the first place and carrying out the whole thing! That’s generally not every photographer’s strong suit. So that’s what this month’s Premium Training is all about! How do I know what to say to folks I want to photograph? Who do I ask to begin with? What should I know about conducting a photo shoot? Where do I go to shoot? Members can now access the new training, A Step-By-Step Guide to Shooting a Portrait-Related Assignment, to learn how to do these things. You can be a fearless assignment photographer! 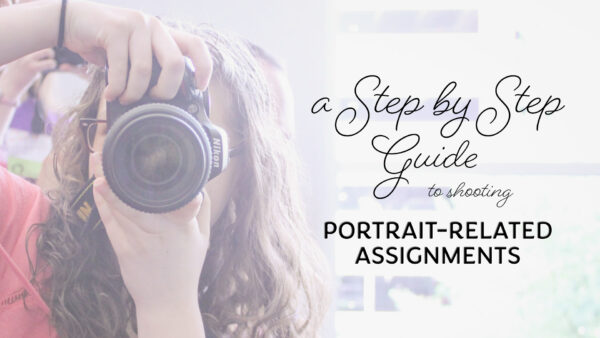 Now that you’ve watched me shoot this assignment and know the step-by-step process for getting great photos with people, it’s your turn to go shoot a Family Having Devotions!

Get the "Family Having Devotions" assignment details! 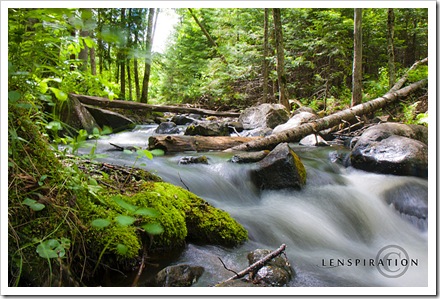 Is it Worth it?