From the top of Seneca Rocks, the views are picturesque, the danger real, and the experience of climbing around positively thrilling (see The Hike Up To Seneca Rocks).

But the hike down was also picturesque, dangerous, and thrilling in it’s own way.

Picturesque? Ah! How the artist’s heart leaps in the moment it peers back at the fantasy land through which it has just traversed! 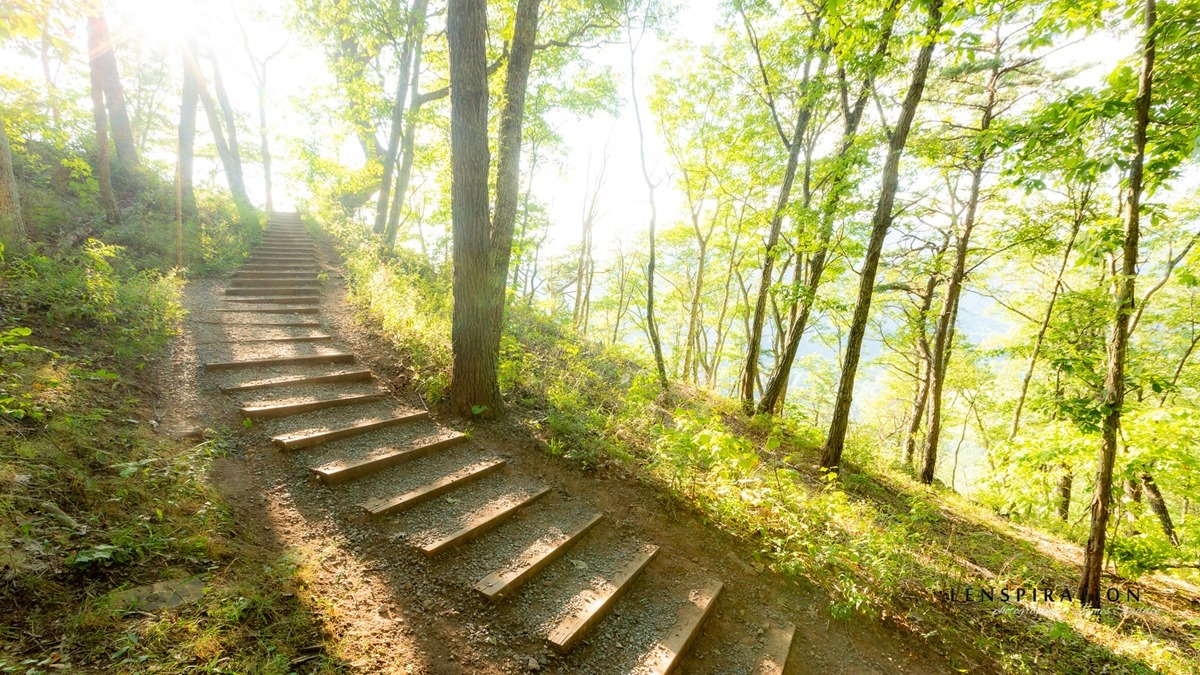 The moment I saw this winding staircase, I could feel the presence of a lingering masterpiece. One just needed to ore it out of the dirt and clutter. My first photo: 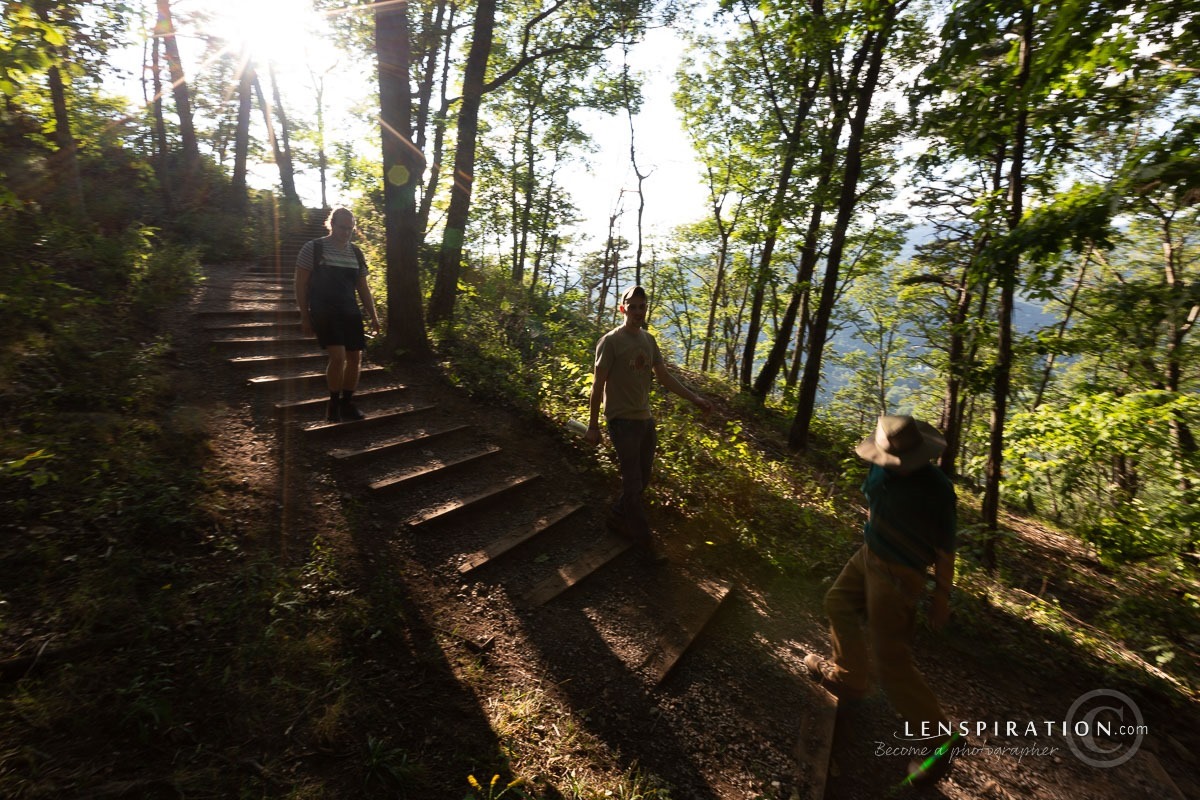 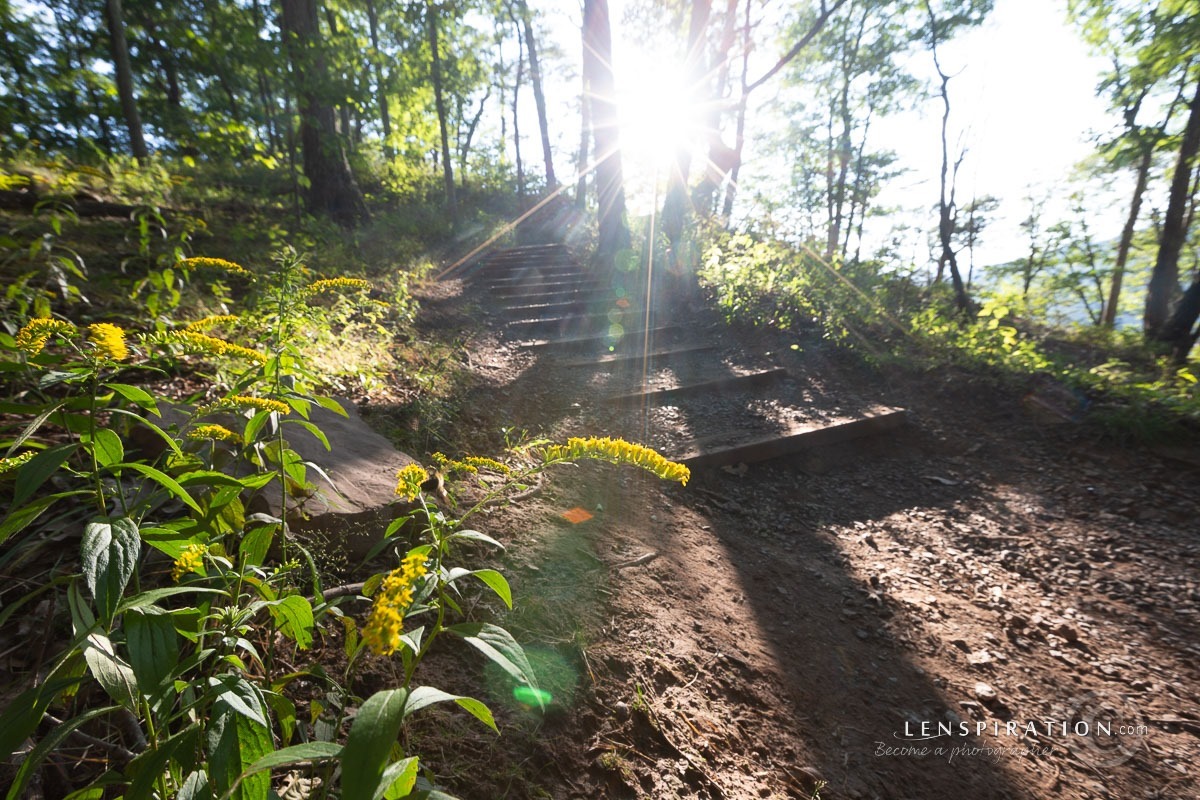 No, that’s not it either. 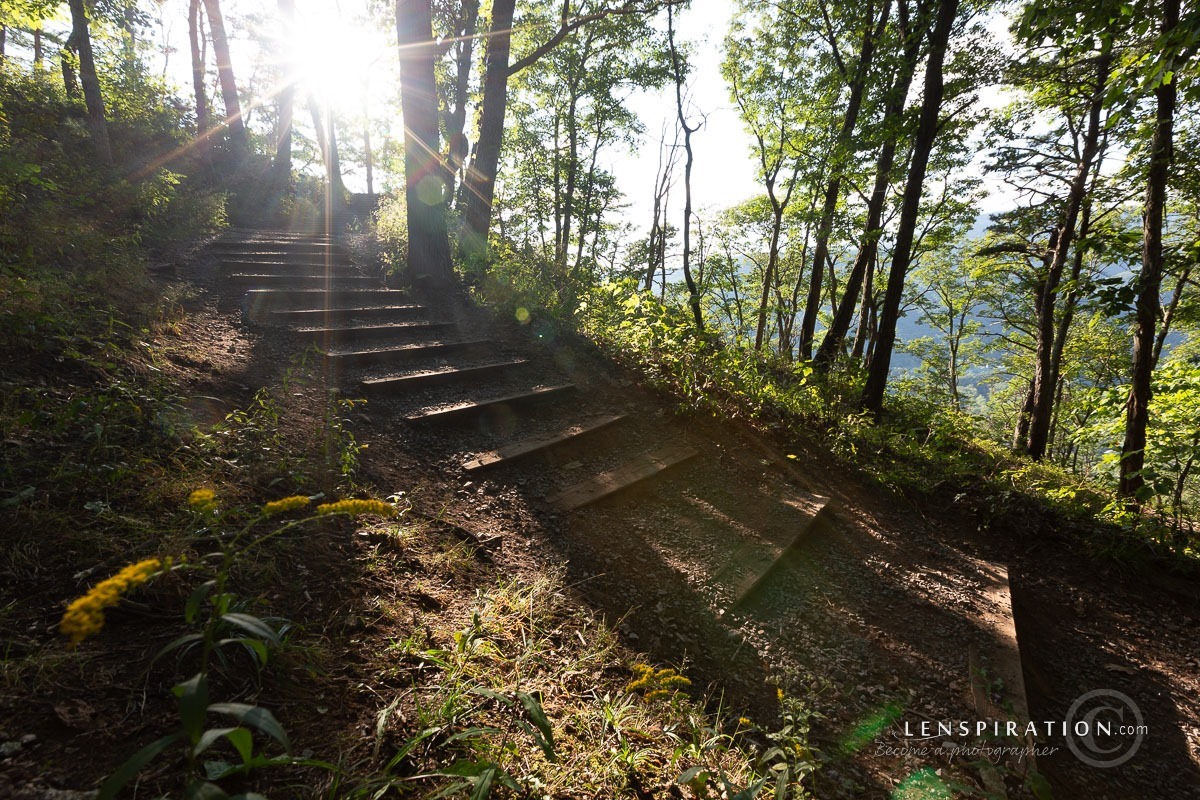 “For once, I don’t think including extra foreground elements is going to help me out with this one.” 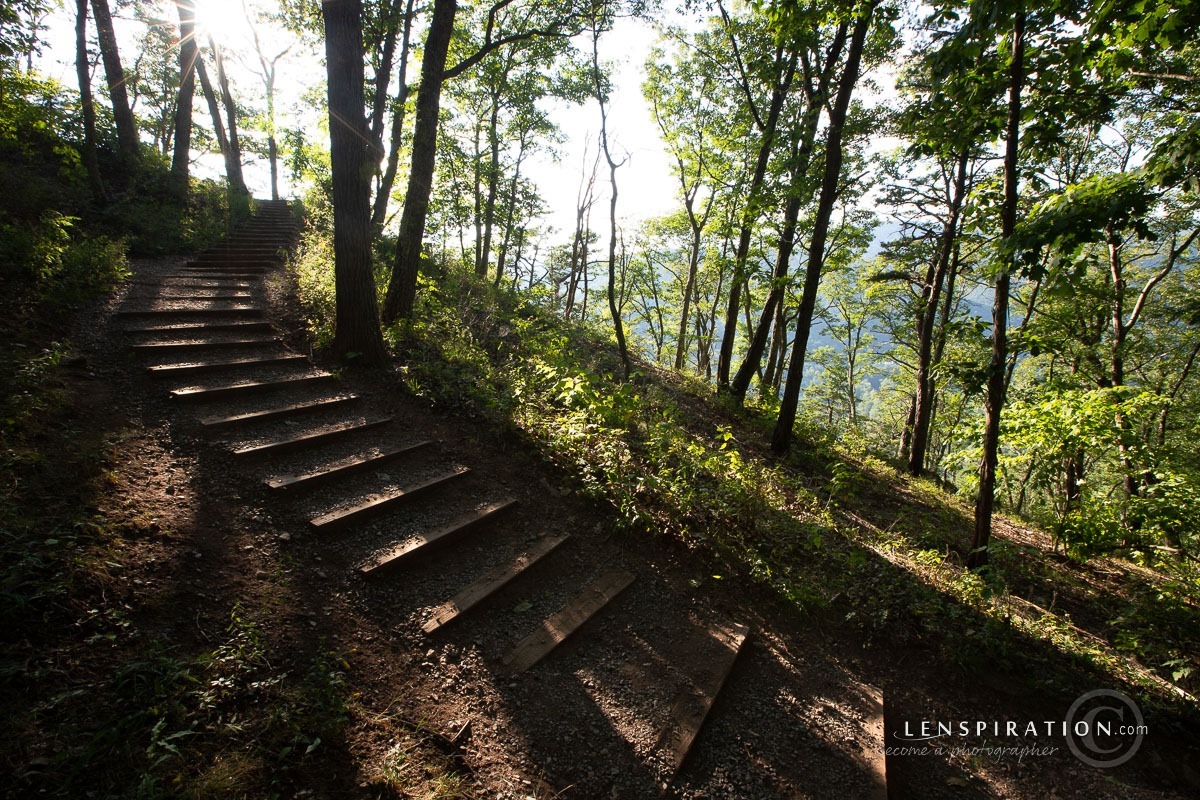 There we go. Raw photos never do a location justice, though. 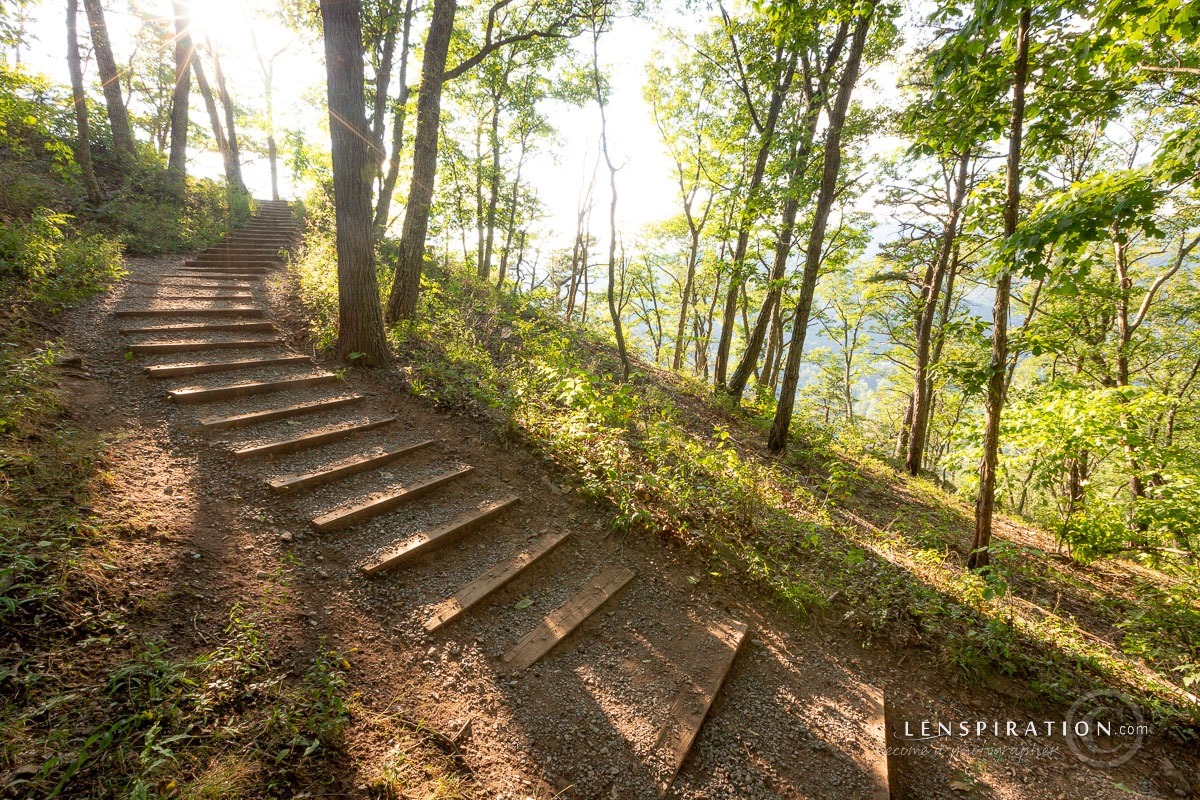 That’s more like it. A little editing, and it looks like I remember it looking when I was there!

And that’s how most buried treasure is found.

While mesmerized by the staircase, my hiking companions vanished. Had they decided to commence the descent like any sensible person would have done after walking down those steps? Probably. It was high time to commence my descent as well. They would be looking for me, expecting my reunion for the safety of us all. So my pace was quick and my attention focused as I took off down the trail in stretched strides.

Then, suddenly . . . oh how it made my heart skip a beat! . . . there was a tremendous crashing in the woods at what seemed right next to me. And next thing I knew, I stood face to face with a most dangerous beast.

Did you know that whitetail deer are responsible for 1.5 million car accidents a year, resulting in billions of dollars in property damage and hundreds of deer/vehicle related deaths?!

“A tremendous crashing,” I have to admit, would be a bit of an exaggeration (though for the ants and slugs colonizing the area, I’m sure they would have deemed it as such). But it’s close proximity to the trail was no exaggeration. Quite astounding, actually, given that I consider these beasts to be wild creatures. I even had the fleeting notion that I could ore out this treasure with the 16-35mm. Since it was what was in my hand at the moment, why not give it a try? 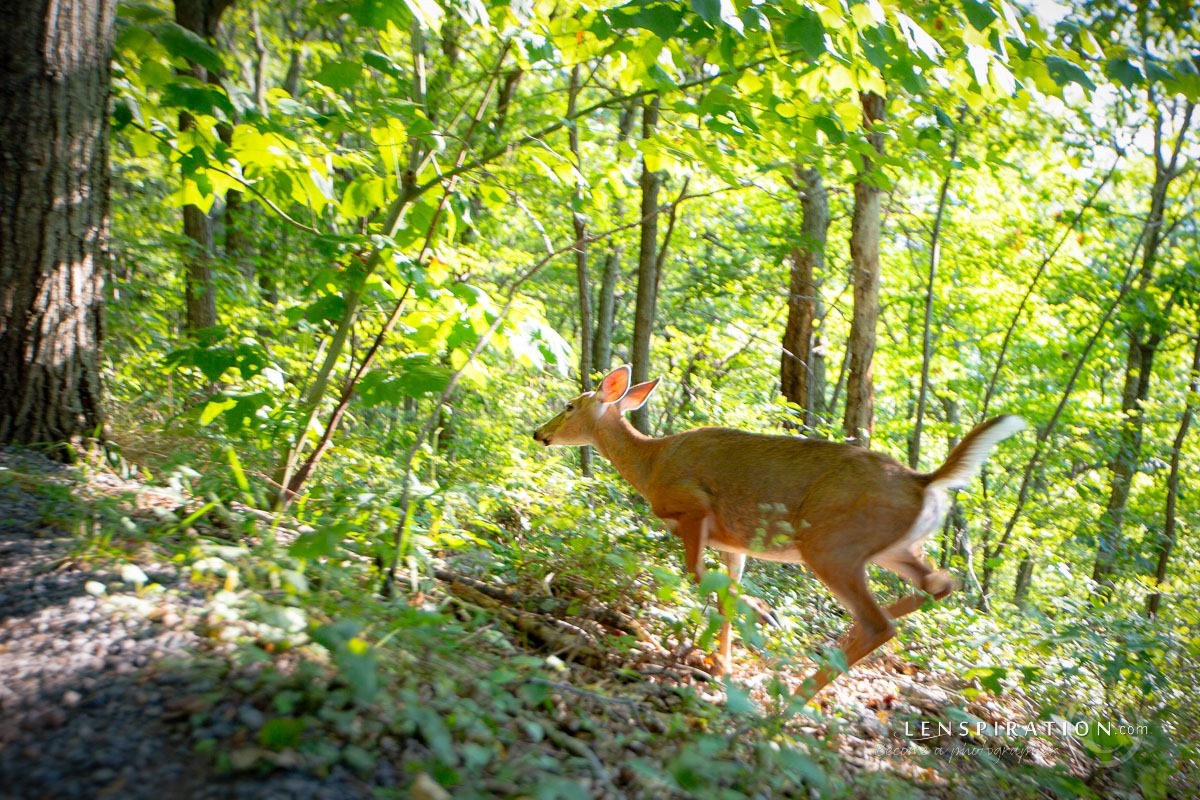 I don’t think I’ve ever tried photographed a deer at 35mm before.

It crossed the trail as I switched to a 70-200mm. It definitely had a destination in mind. But that’s when I discovered that it had a companion. A smaller version of itself. Yet still the same lack of wildness. Which I didn’t mind. 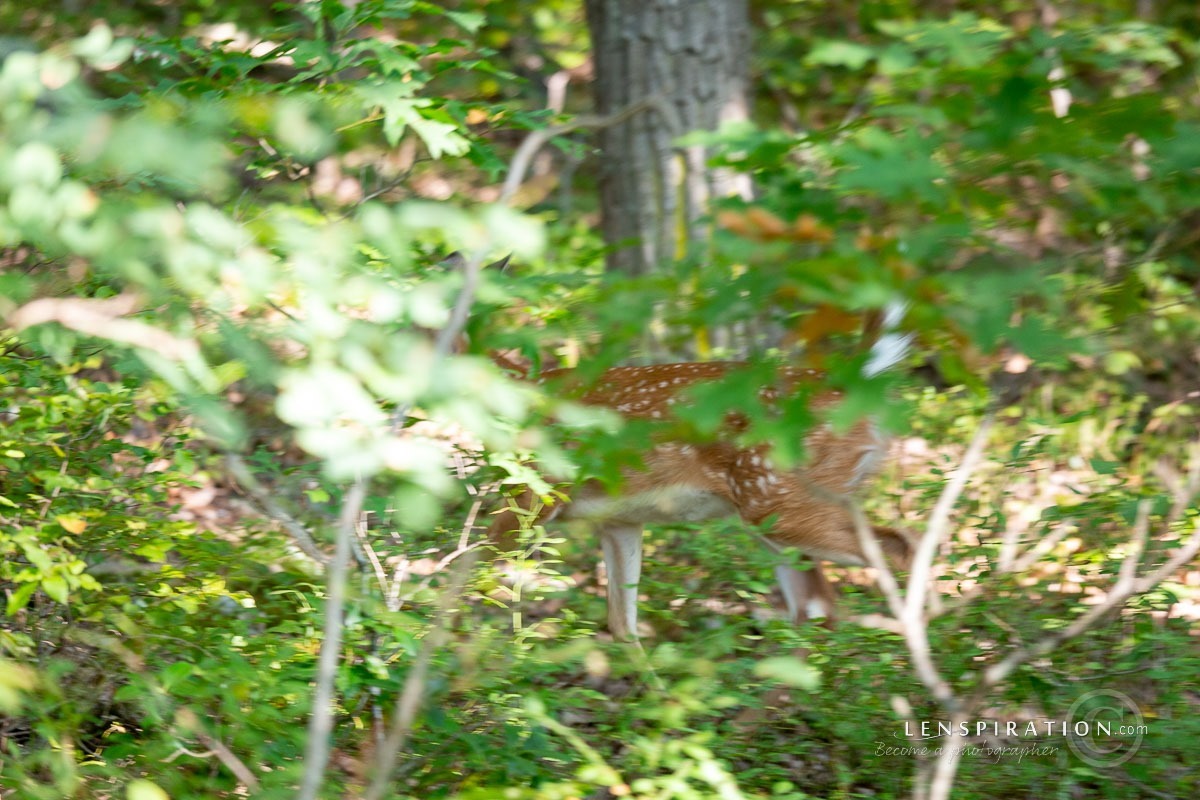 The brush was thick. But I snapped away, moving around to find a shooting lane as it moved it’s way through the thicket. Then it stopped. It evidently had no inkling of the principles of good lighting as it posed for me. But perhaps exposing for the shadows actually was a benefit in disguise. 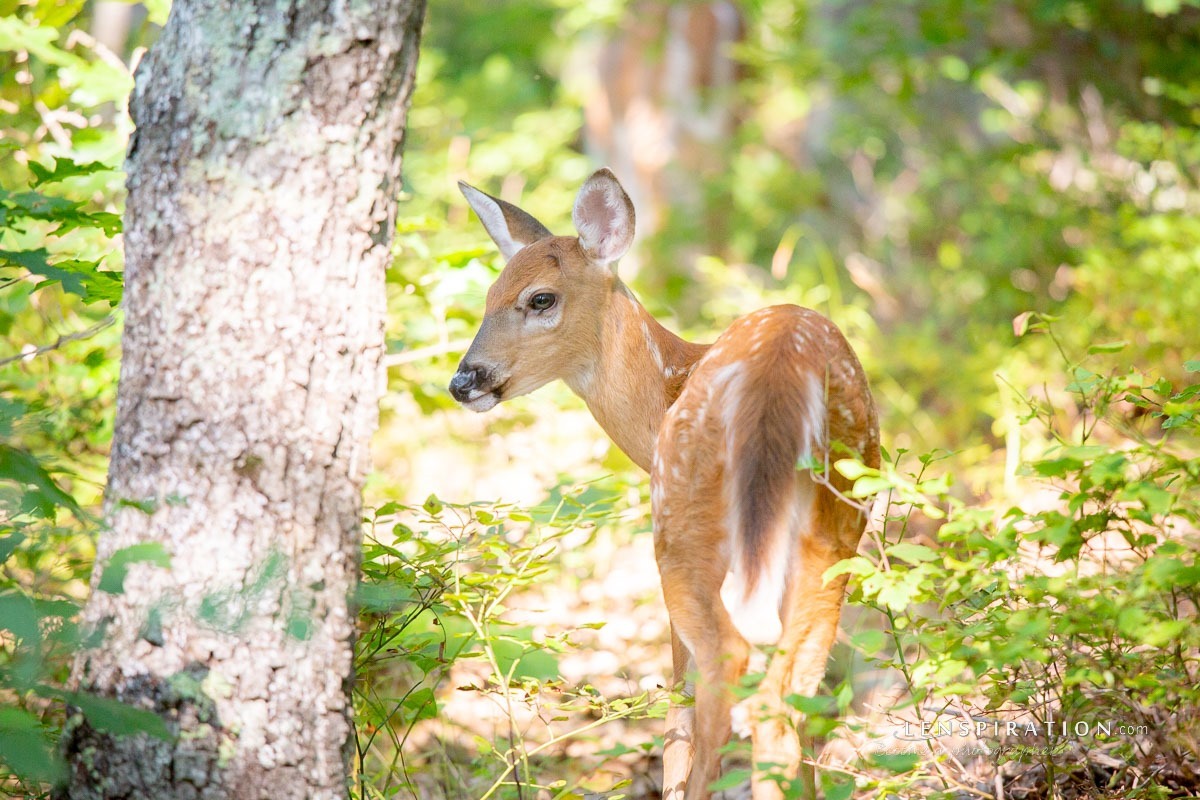 Watching the deer run off, I didn’t feel like any of the photos were good. But you never know! I really didn’t know there was one I could pull out until I sat down to edit them.

And that’s what makes photography thrilling to me. There are so many unknowns. You never know what you’ll find. You never know how your shot will turn out better than any other shot you’ve taken. Or, perhaps how you can take a better shot of something a million other people before you have photographed.

Like Seneca Rocks. It’s the same rock outcropping that has been around for thousands of years. 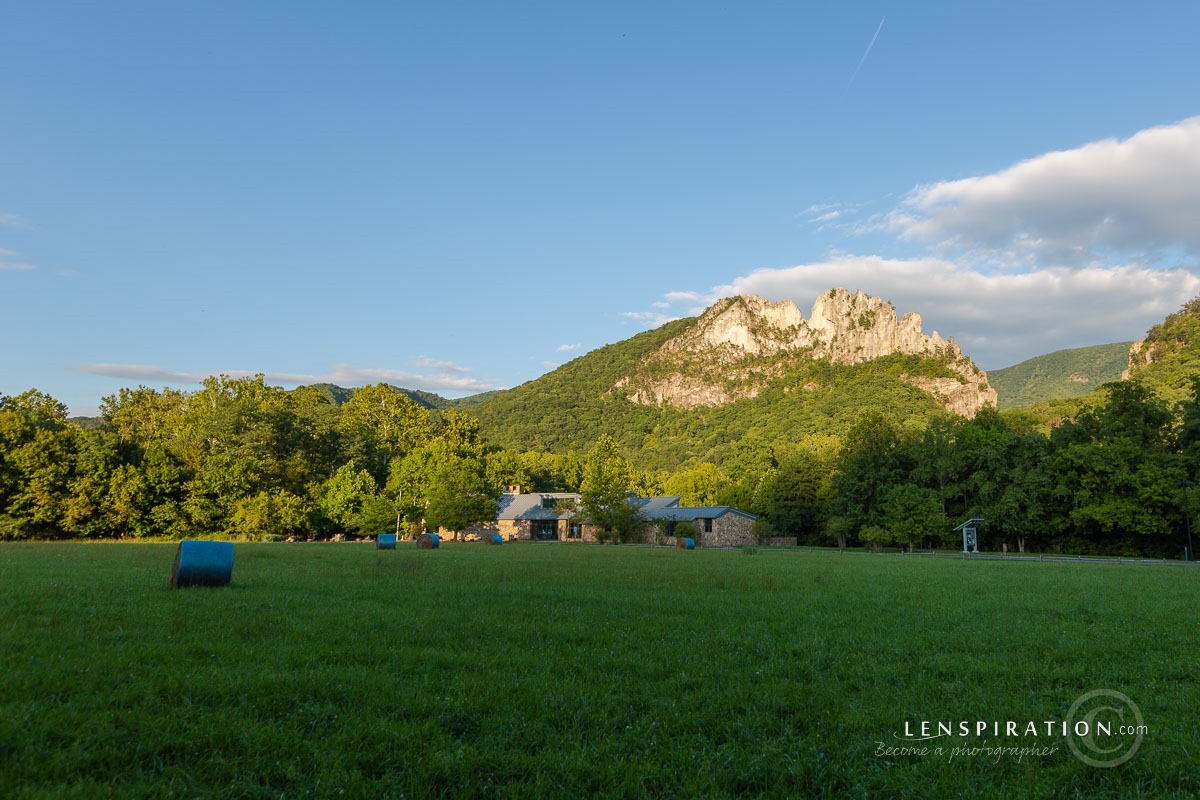 But has anyone thought to frame it like this before, a scene of flowing shapes and lines folding together in a deliberate whole? 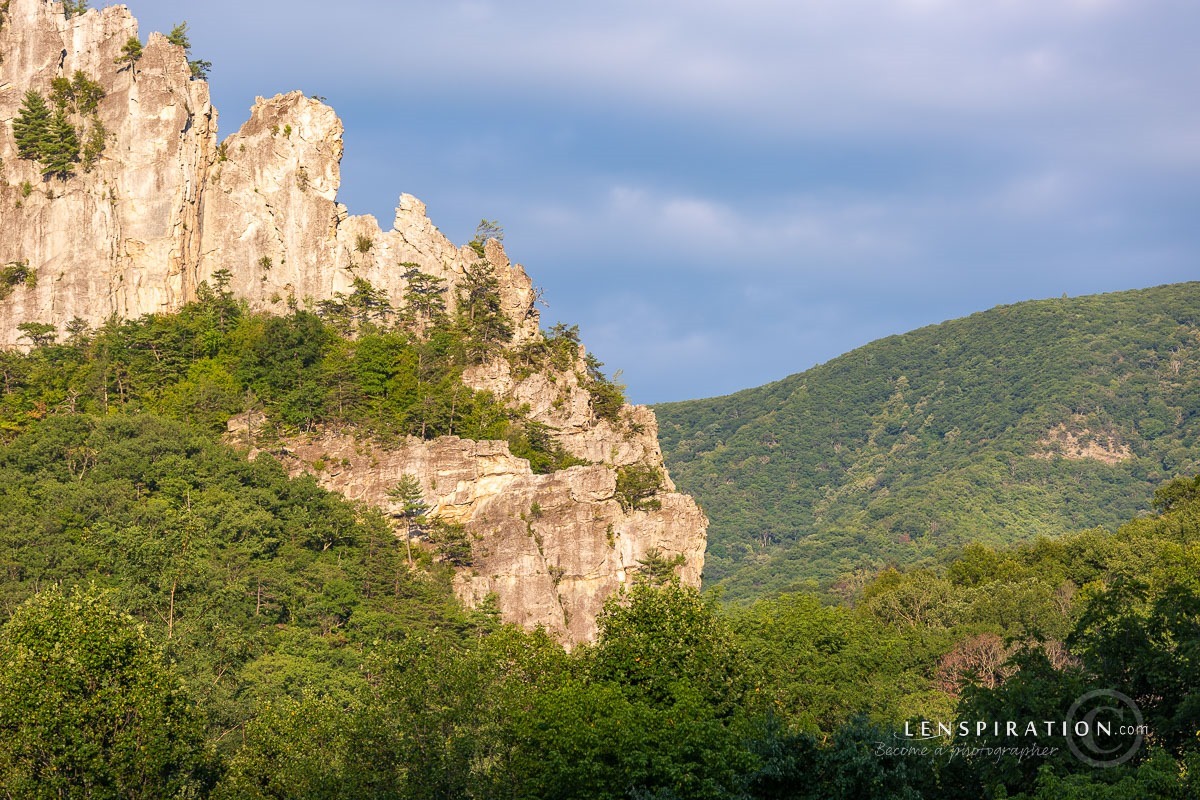 Or maybe something a little more stark. Textured. Defensive. 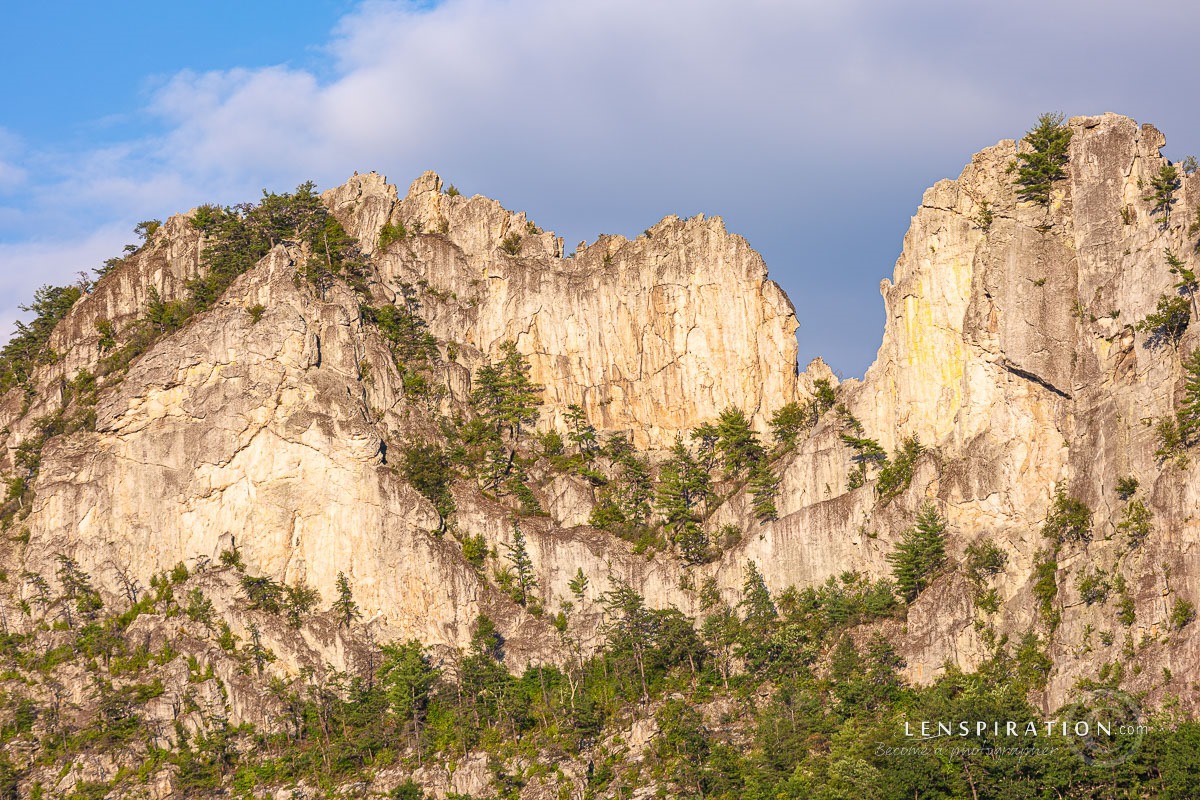 Maybe not everyone likes to explore like I do. Or even in the way that I do. But I think photography is thrilling. I love the unexpected. I love the work of uncovering the hidden beauty that is all around me. Do you?

“The works of the Lord are great, sought out of all them that have pleasure therein.” Psalm 111:2