Oh the sheer fun of taking a camera on a hike with no real purpose other than to just photograph whatever strikes my fancy! Such a whimsical experience is not so common a happenstance for me any more these days. There always seems to be some sort of grown-up distraction from the old-fashioned hikes I used to take in my younger years . . . a destination to reach, an assignment to shoot, a paid gig to fulfil, a conversation to be had, a fear of what other people will think of me for taking pictures of random objects. But today, my cousin and a couple siblings and I were simply on a hike to enjoy and explore a little piece of West Virginia none of us had never explored before. And Seneca Rocks turned out to be a fantastic spot for just that!

A couple bridges were crossed before we started our assent. 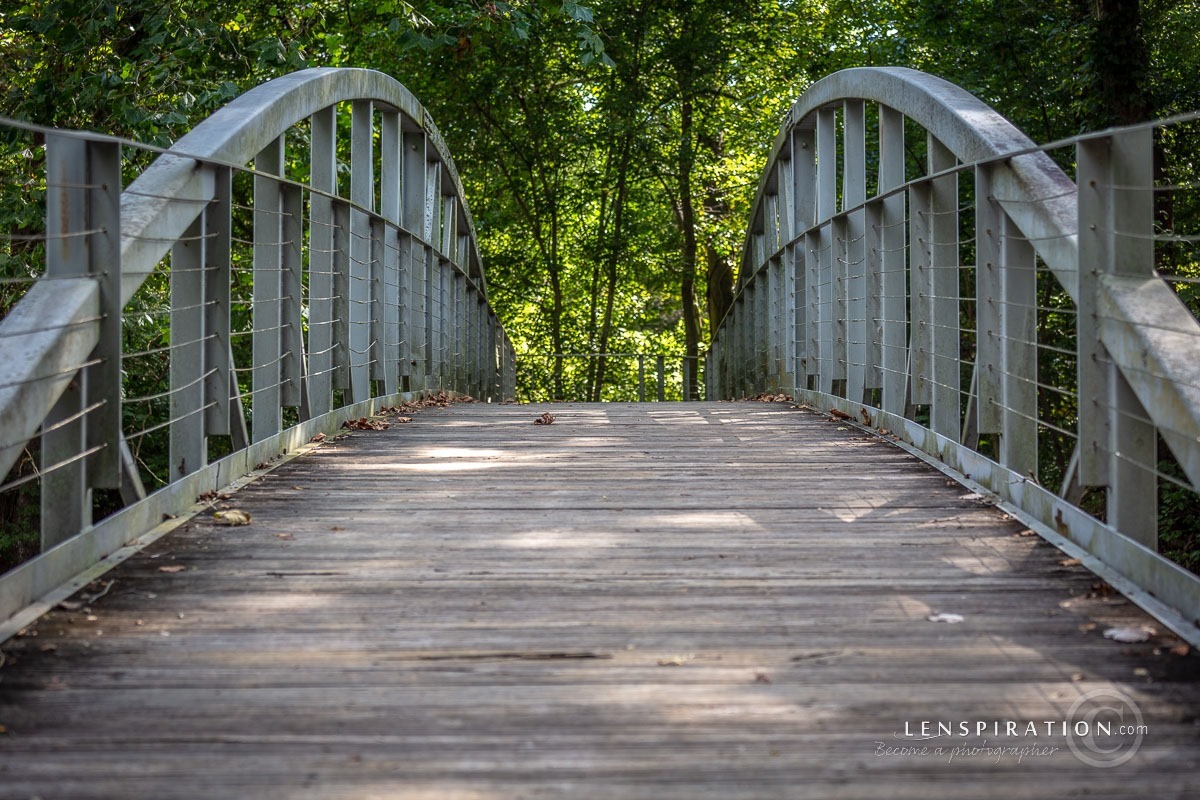 Nothing jaw-dropping. But what did it matter!

From down below, looking up at where we were headed, it seemed like more than 1.5 miles of zigzags to get up there. 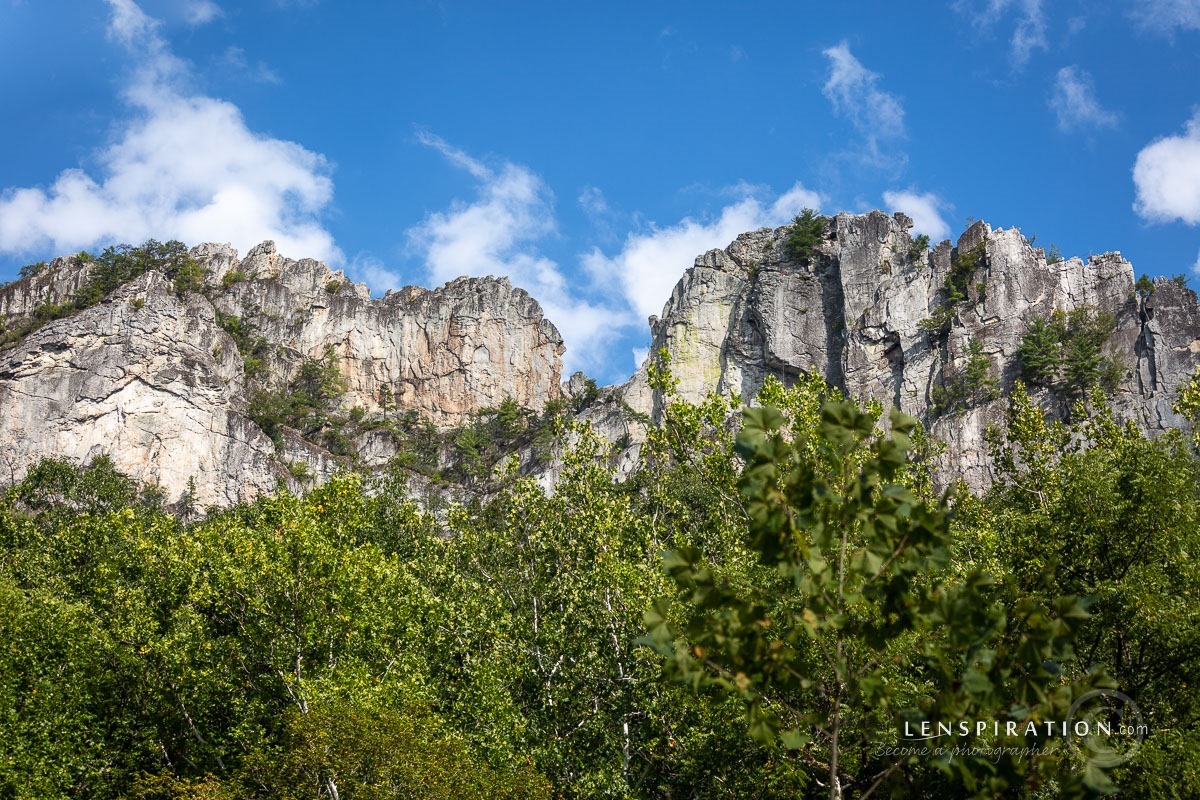 But soon the zigzags we began to traverse. 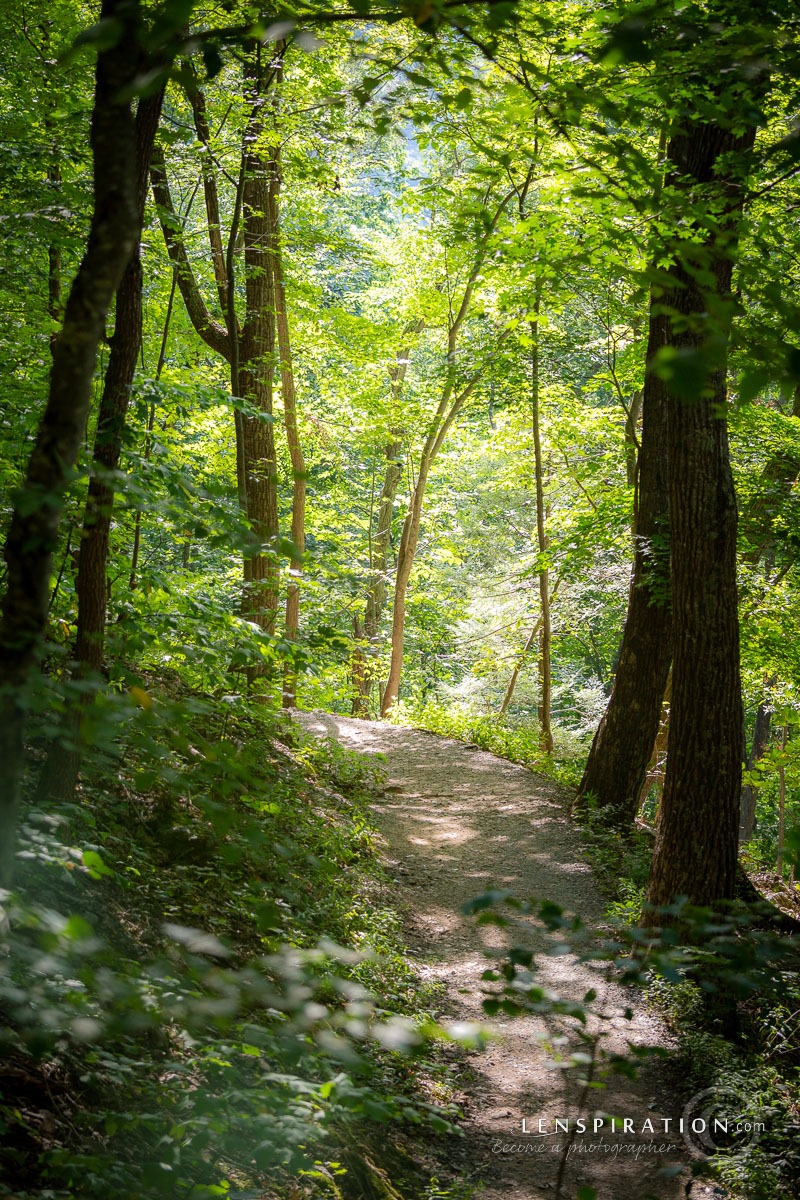 I didn’t take many photos going up. So difficult to photograph anything comprehendible in the dappled lighting that the West Virginia hardwoods so plentifully provide!

But once we reached the overlook and rocky outcroppings above, a more entertaining playground was constructed for the artist within. 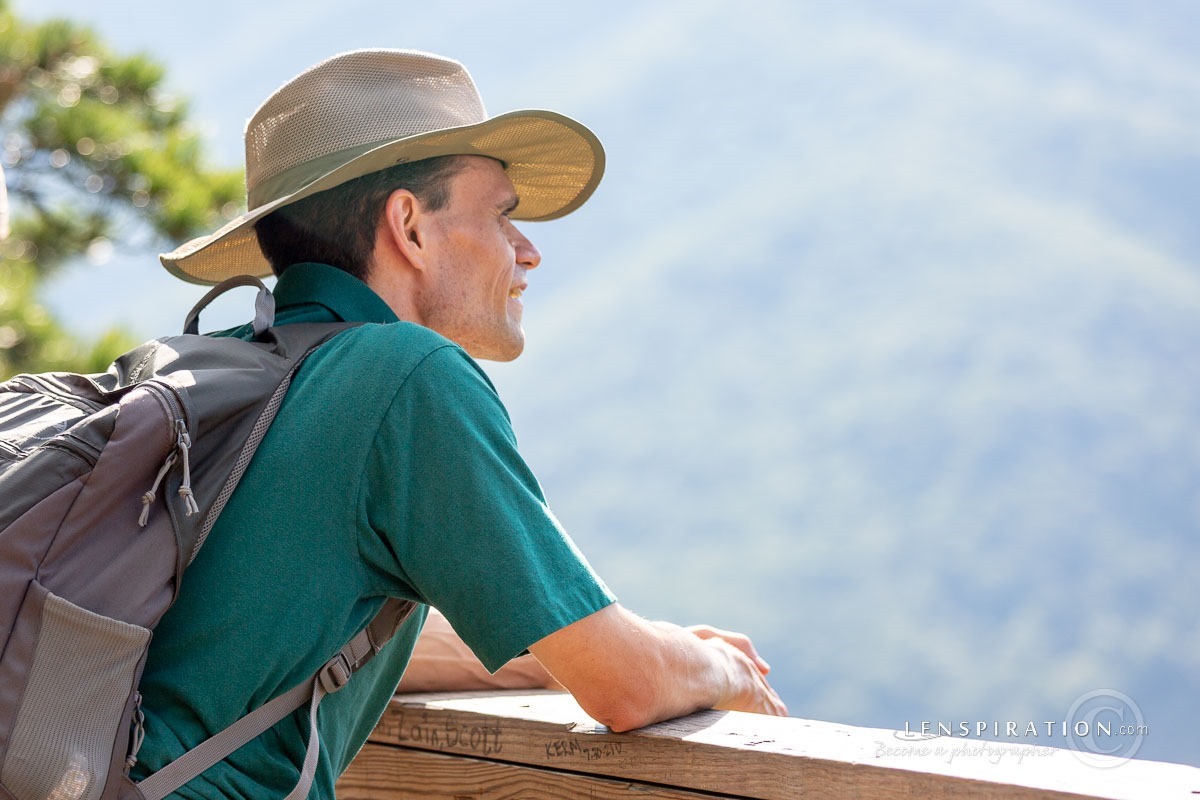 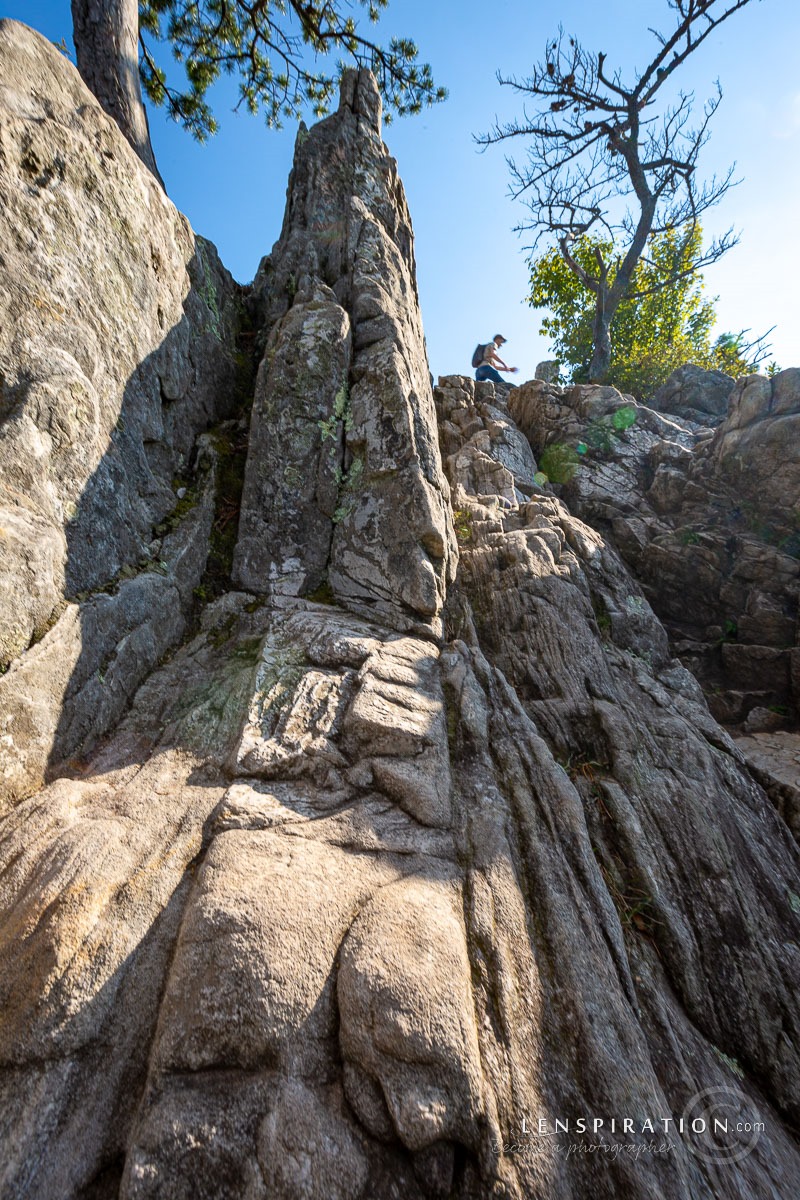 Still, the harsh afternoon sunlight was no easy playmate with which to frolic. 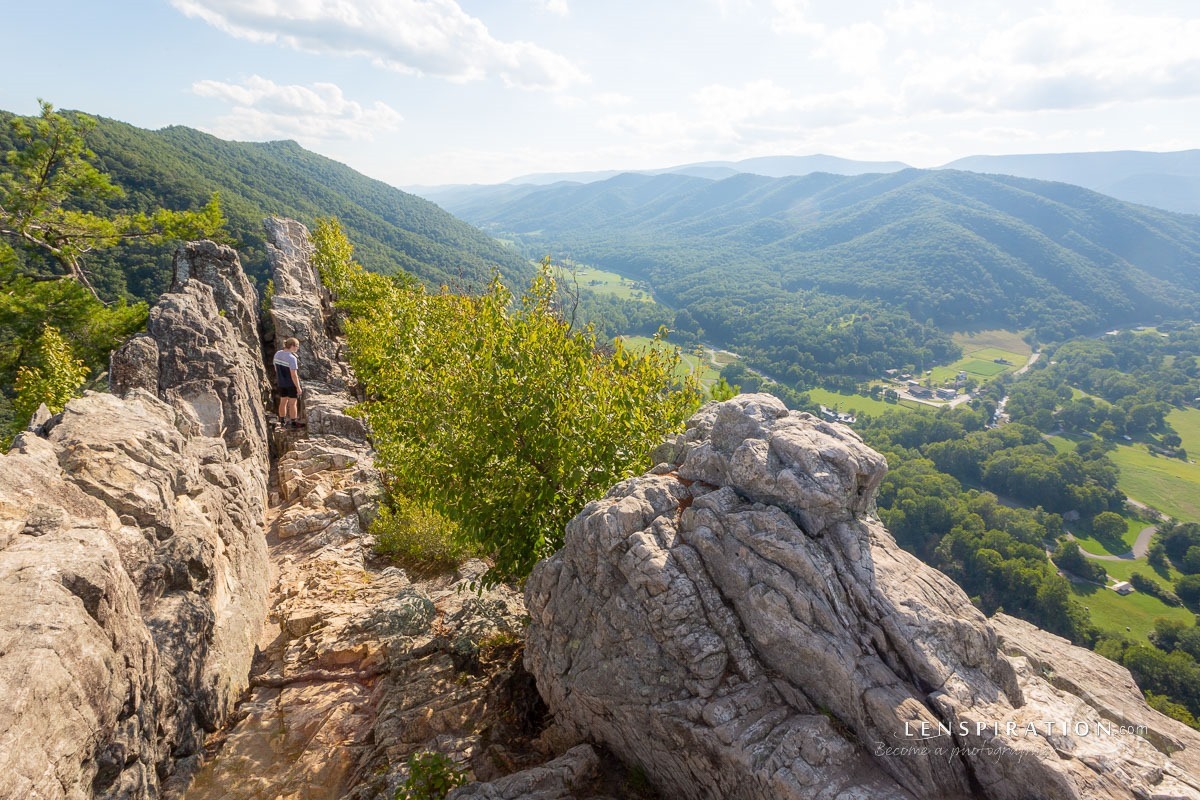 Oh how the elements called to be photographed! But how on earth does one capture them?! 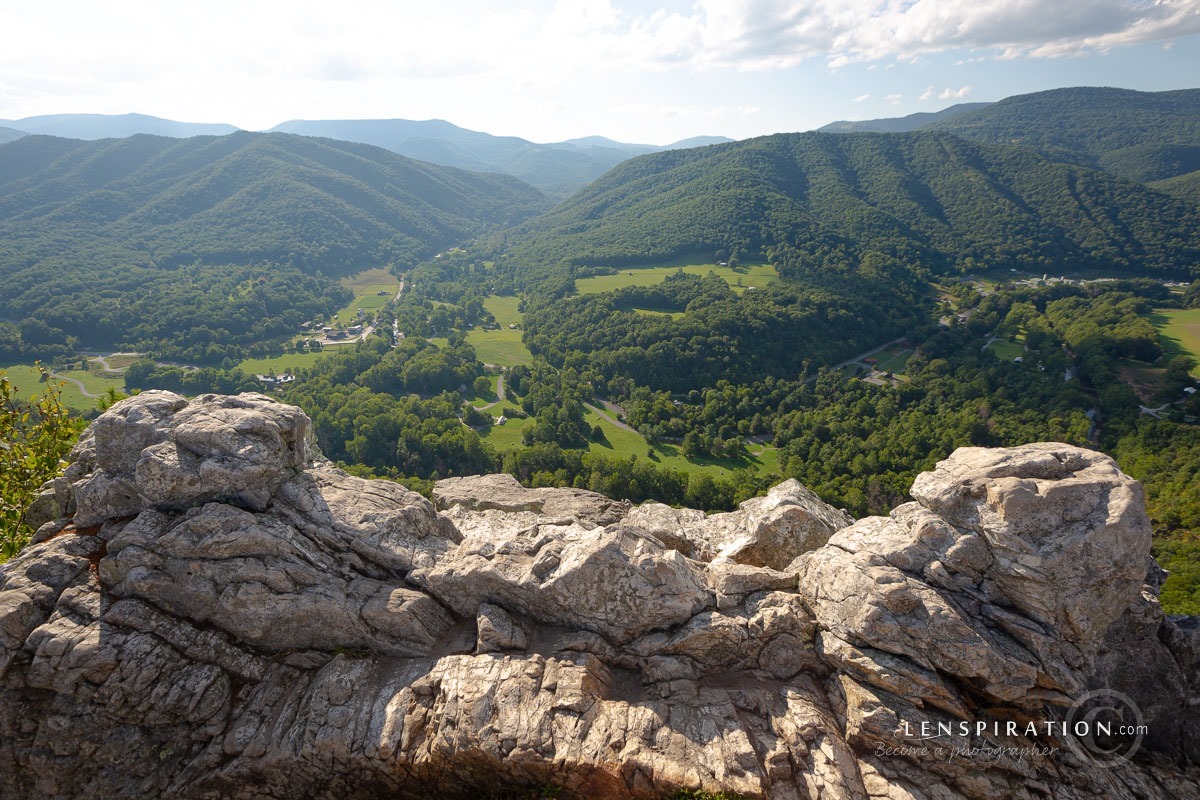 I spent quite a bit of time pondering this question in the digital darkroom later. You see, photographing with the camera is only part of the entire artistic experience.

On the computer, most of my photos were being developed to showcase a brighter experience. 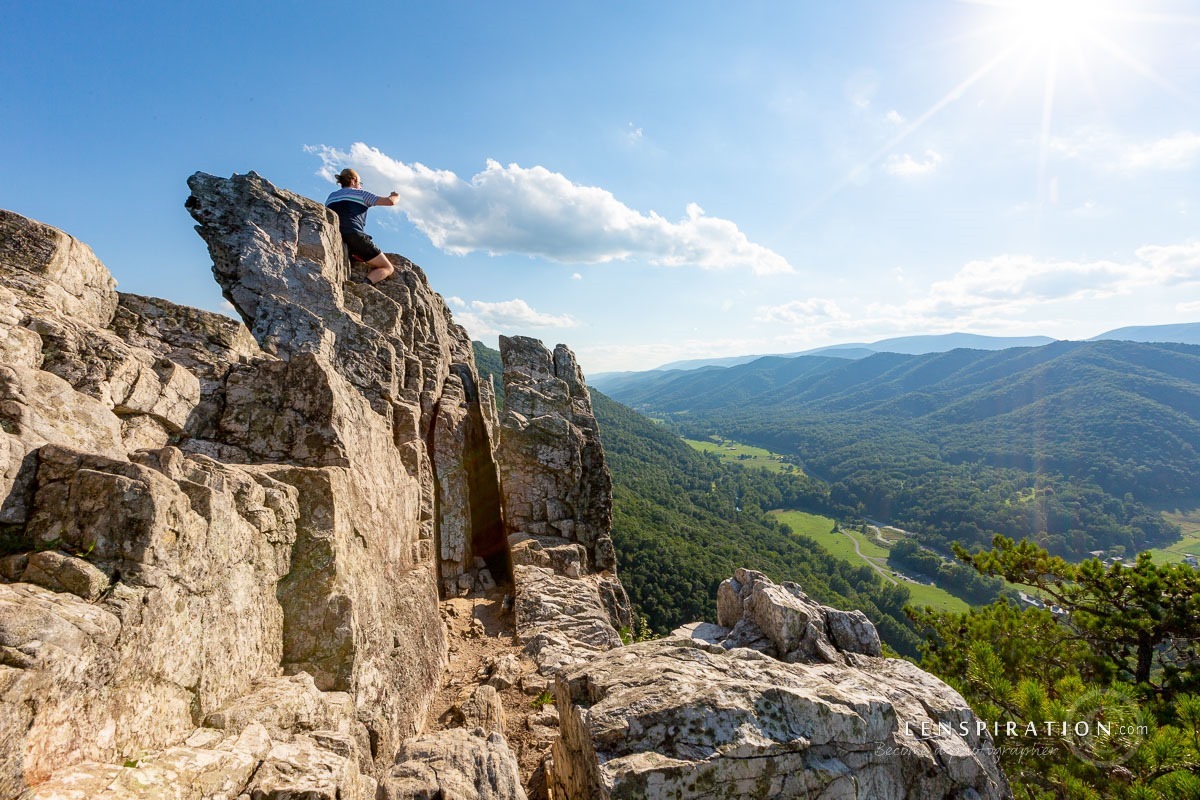 But fearing that I was emphasizing more than a viewers brain would comfortably process at one time, and without wanting to resign to developing in the easier (and often better for that time of day) style of black & white, I decided to move the processing to a slightly less exposed and more muted style. 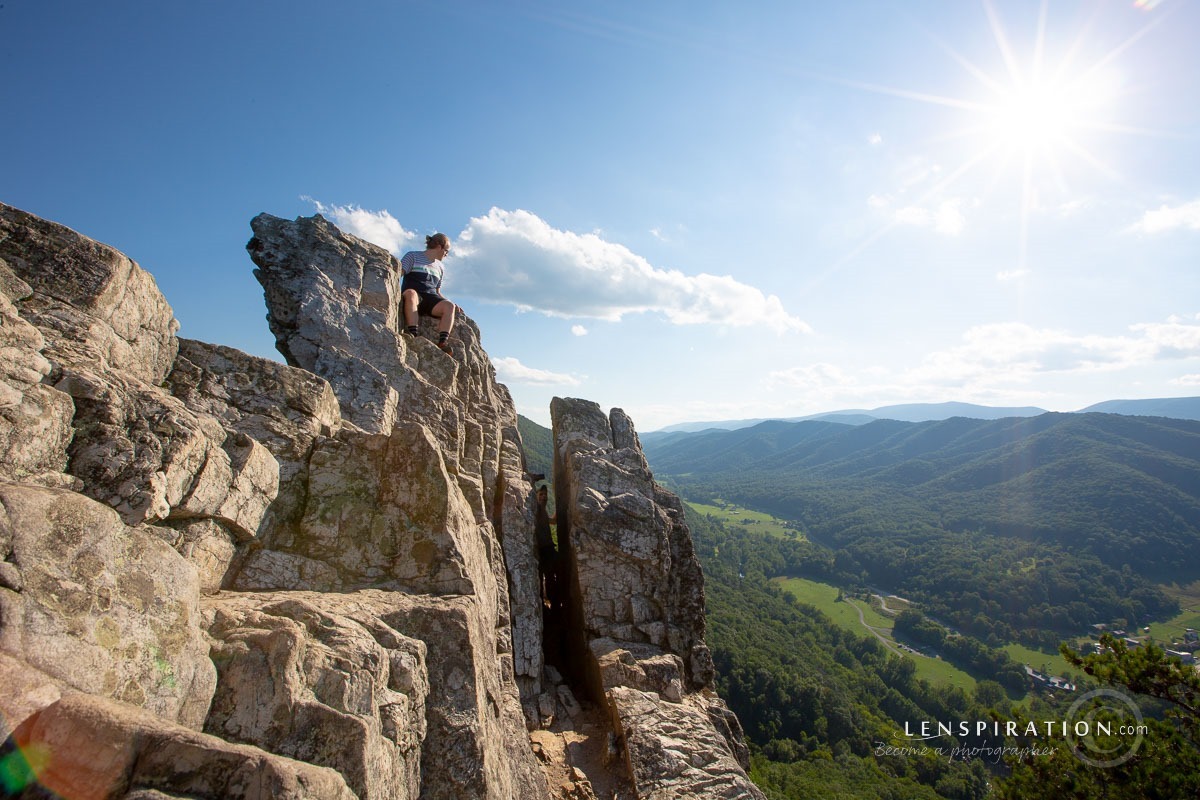 But back on the rocks, I remember grappling with this awful feeling that I was creating an album of depth-less photos. “Get in close to the rocks, James!” 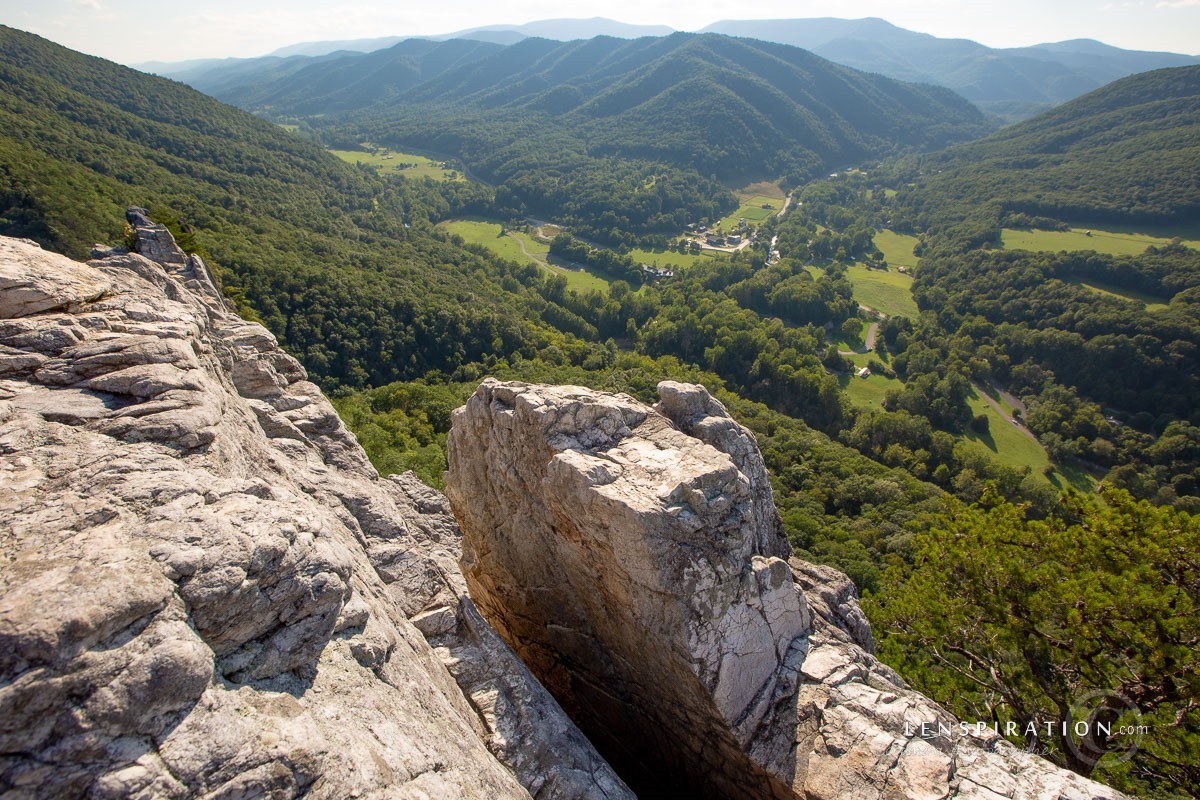 But even then, there was still this certain feelings that I just couldn’t capture. That lightheadedness that comes right before falling out of a tree. I attempted, of course. But still, looking at the photos now, I don’t get that same, uneasy feeling as I did while I was actually there, perched like a timid monkey on the top of that rocky ridge. 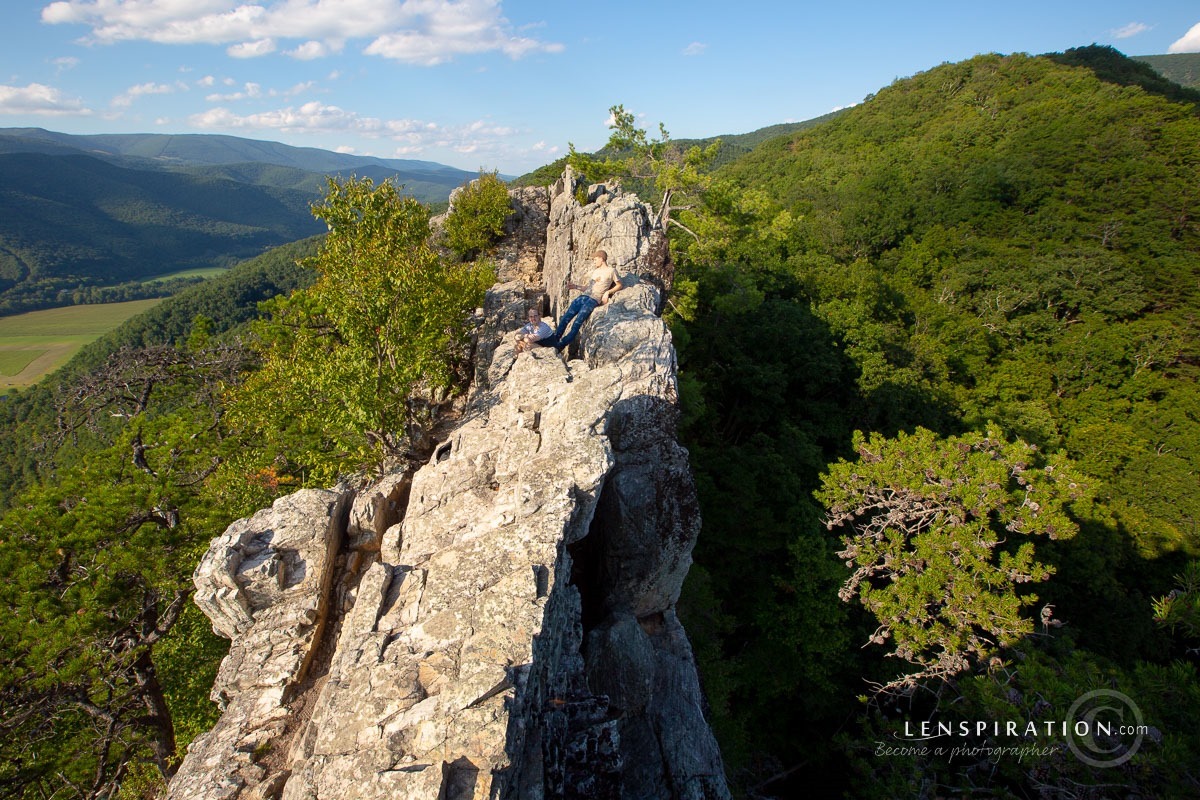 Perhaps a different edit would help? 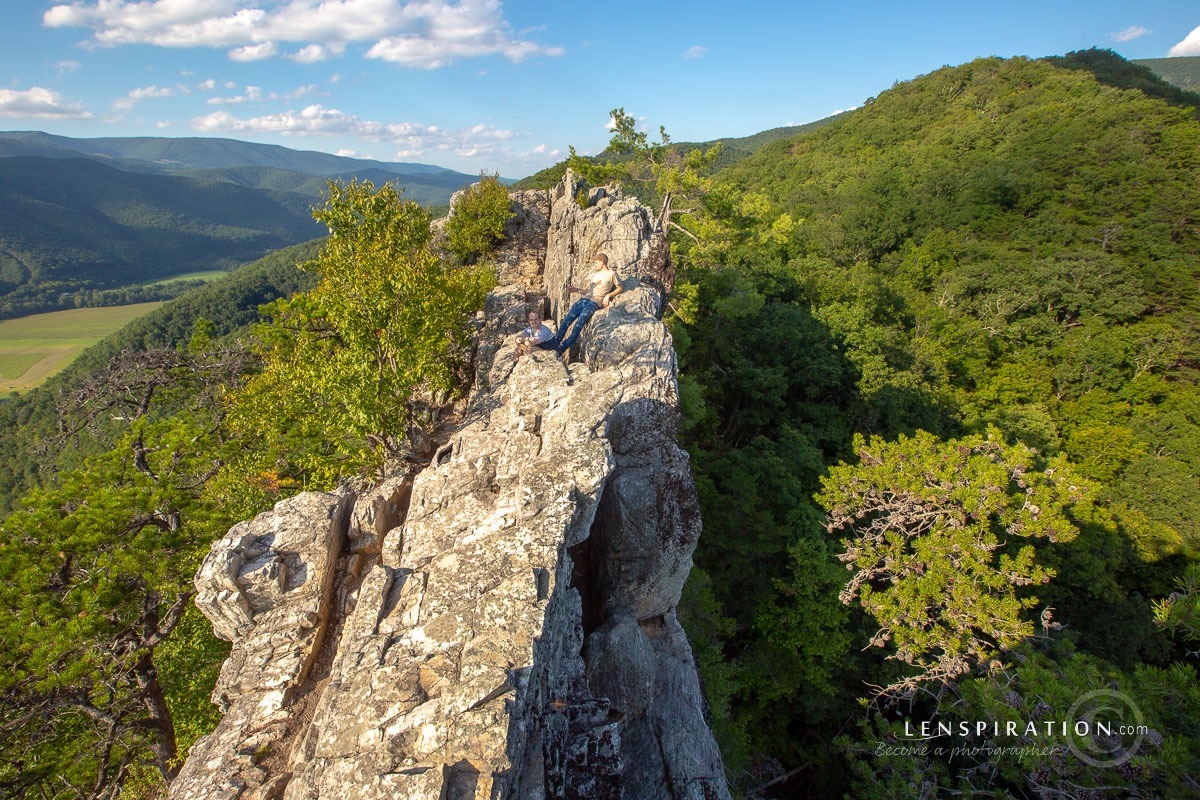 Climbing around on those rocks was very fun, and the views quite picturesque. But it turns out that there was quite a bit more fun and picturesqueness waiting for me on the trail back down to the bridges.

I’ll have to tell you about it in the next blog post.