The schedule was packed. I told my brother Donald (who was going on the trip with me) that if we didn’t get our food shopping done before 4:00pm on Tuesday, I had no idea when we would have a spare minute to do so!

But on the final leg of our journey, driving through Pennsylvania on the way to Connecticut, Lydia, Julianna, and I found ourselves with an unexpected luxury. Lunch had taken less time than expected. We had 30min to spare!

So we looked for a good spot to stop and take pictures along the way. Silverthread Falls looked interesting!

And it was gorgeous! I hadn’t photographed a waterfall in a while, so it was a thrill to have camera and tripod in hand again, on a cloudy day, and at a lush time of year.

But the location wasn’t just dishing out beautiful pictures. We were going to have to work to get good shots here. Lydia stayed close to the base of the falls while I scrambled up on a ledge close by. The top half of the falls was no longer visible from my vantage point. But the lower section of the falls was picturesque enough. I scanned my surroundings and thought through a couple different compositions. 19 minutes into our 30 minute stop, I finished framing up my first shot. Vertical, naturally. 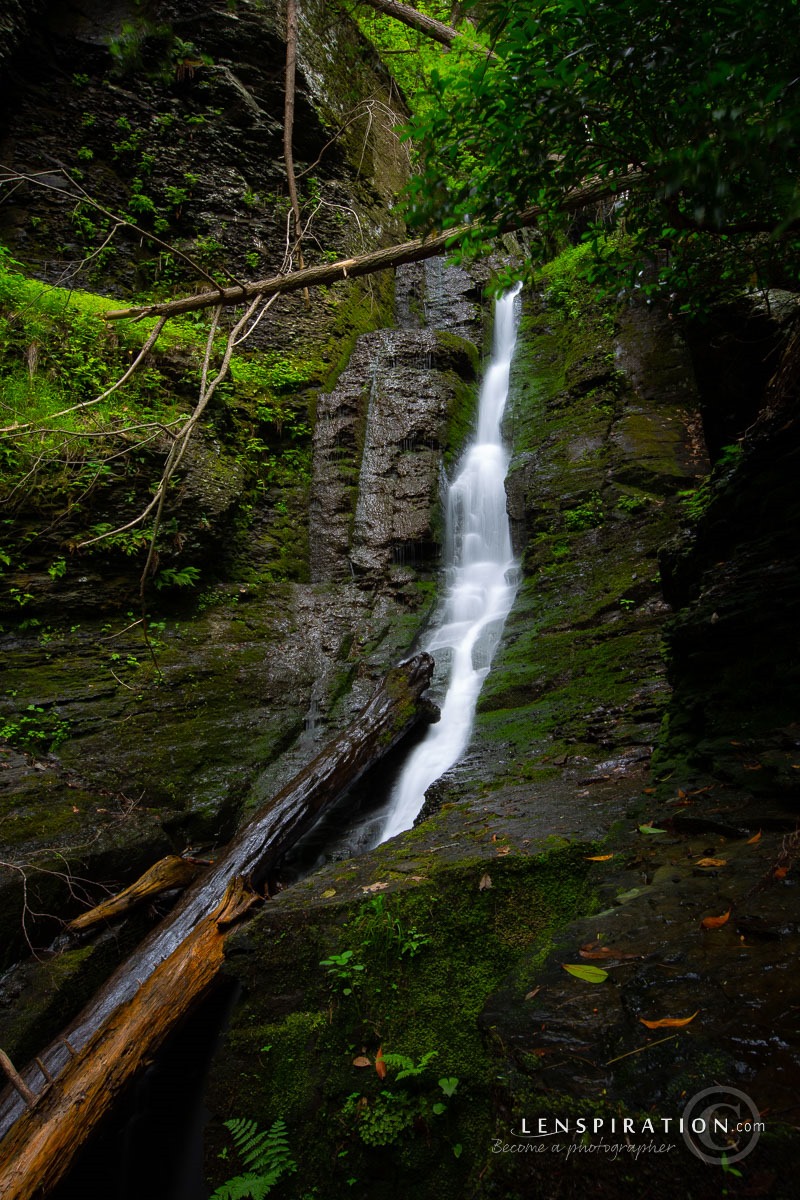 I forgot to set it to 2sec timer. So I took a second shot, exactly the same framing. Reviewing the photo, it seemed visually static, with the falls smack dab in the middle of the photo. I went from 25mm to 16mm, as wide as I could go, and liked that better! 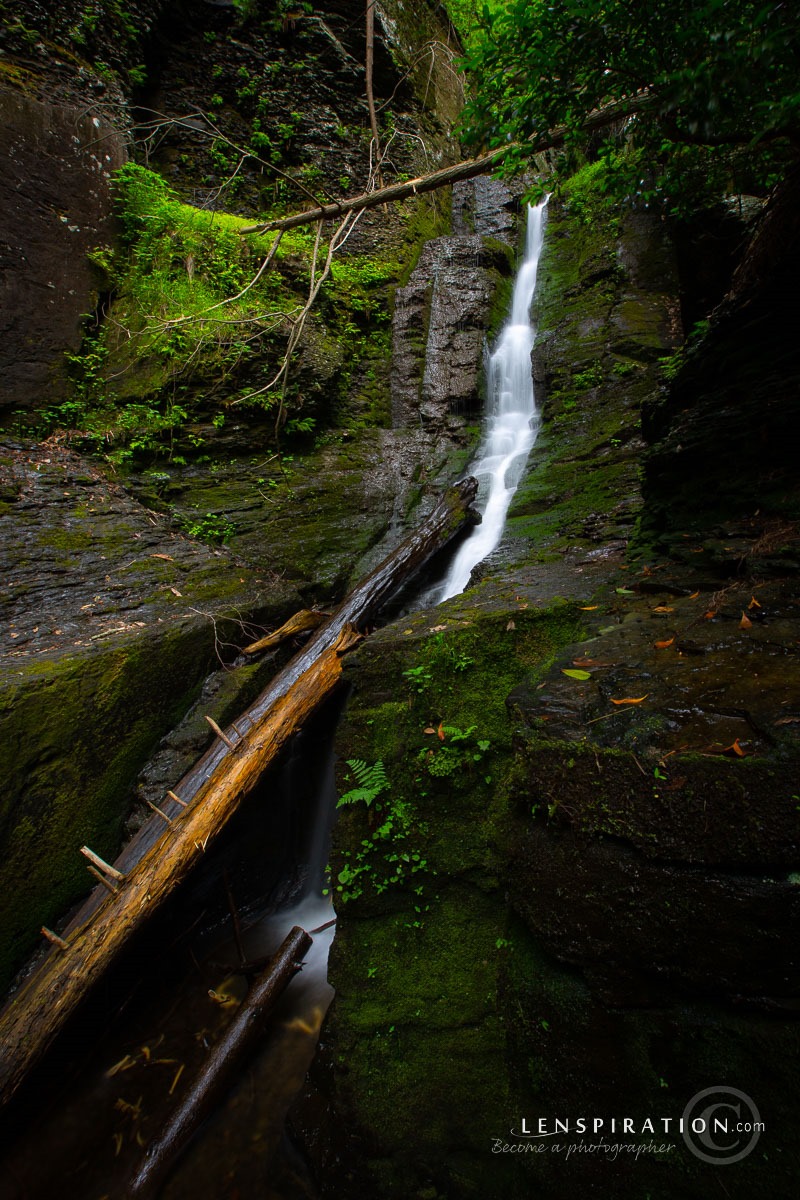 Now for a horizontal shot. This is what the place looked like at 16mm. 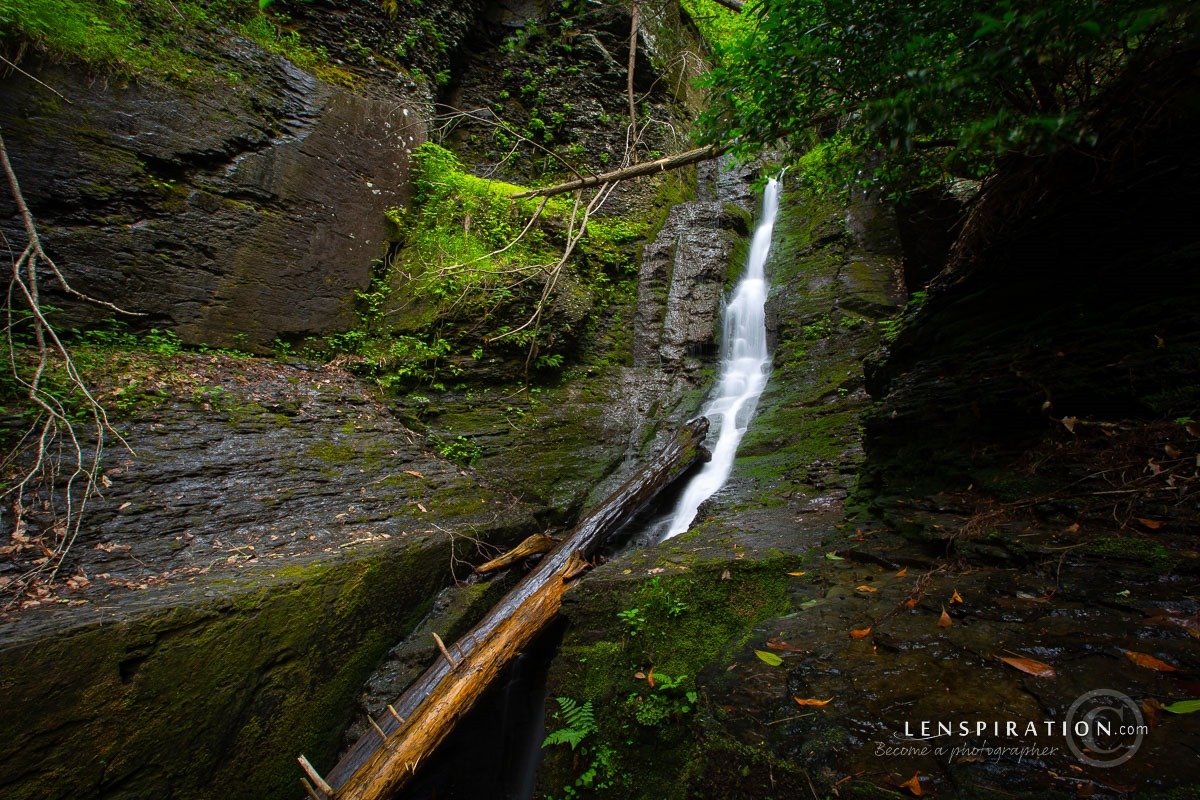 A great place for a horizontal waterfall shot. But lots of marginal distractions. So I zoomed in a bit. 21mm happened to be just enough to simplify the scene. 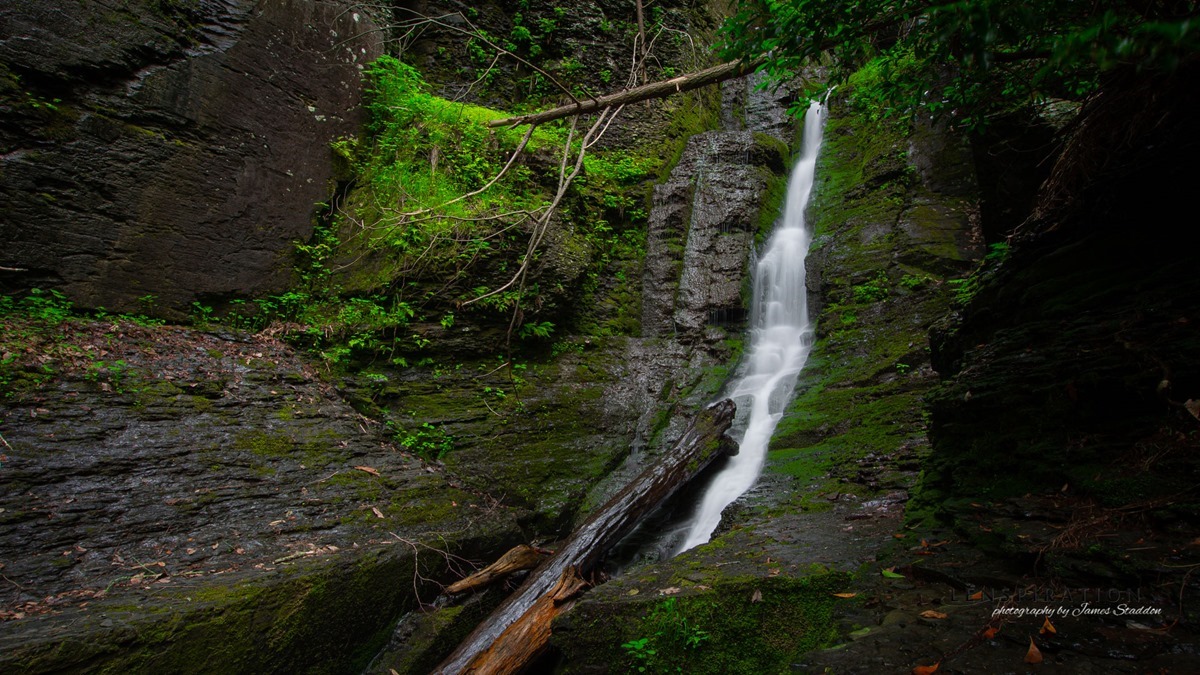 We were 21 minutes into our photoshoot. And I knew it would take a couple minutes to get back to the car. But I had one more frame in mind. I stepped back to some plants I had passed earlier. 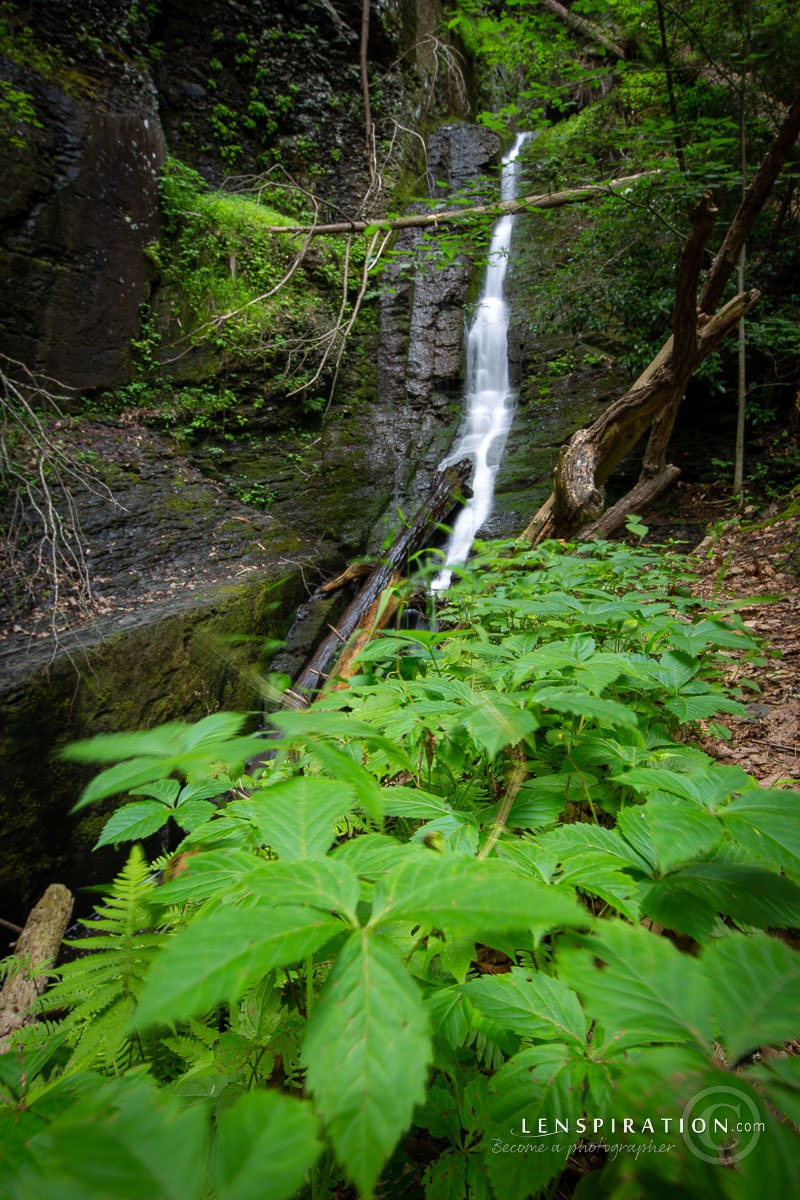 The wind was blowing. I knew it would take me more than a minute or two to perfect this shot. It wasn’t worth it. I picked up the tripod and camera, and scrambled down to the bottom of the falls. 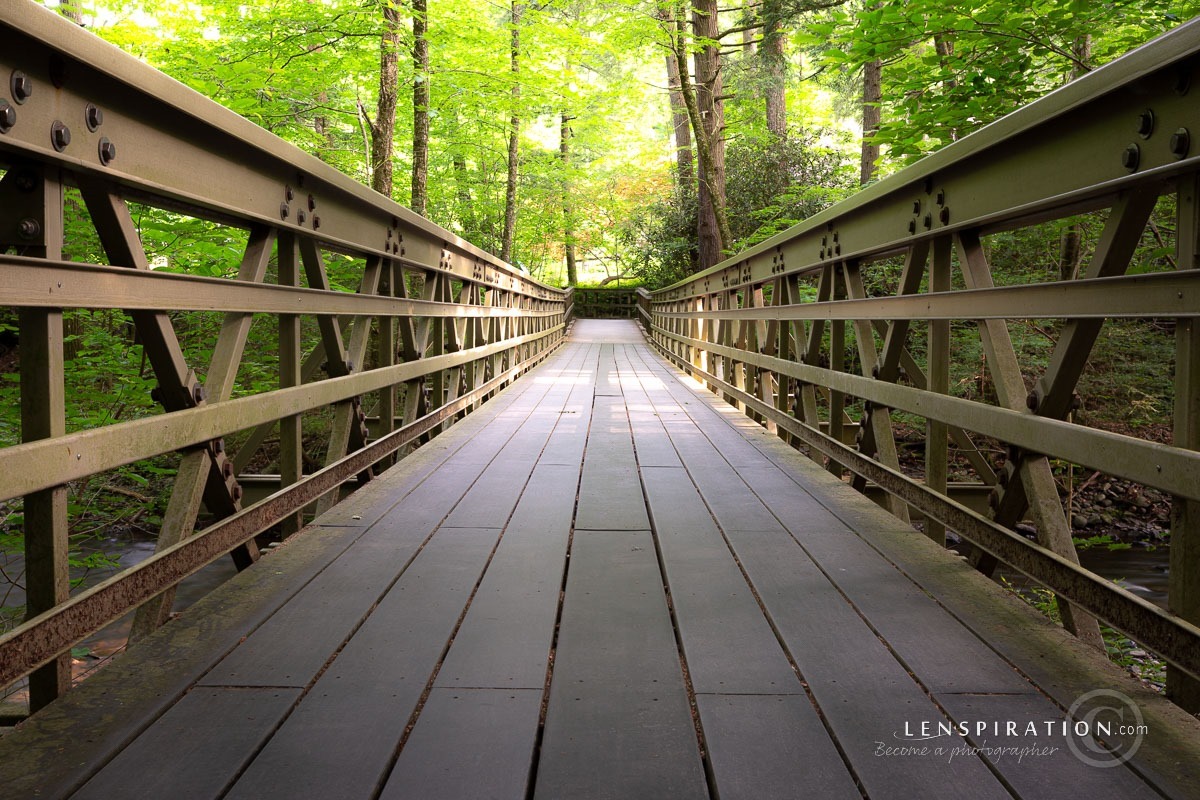 And after exactly 30 minutes, we were back on the road again! 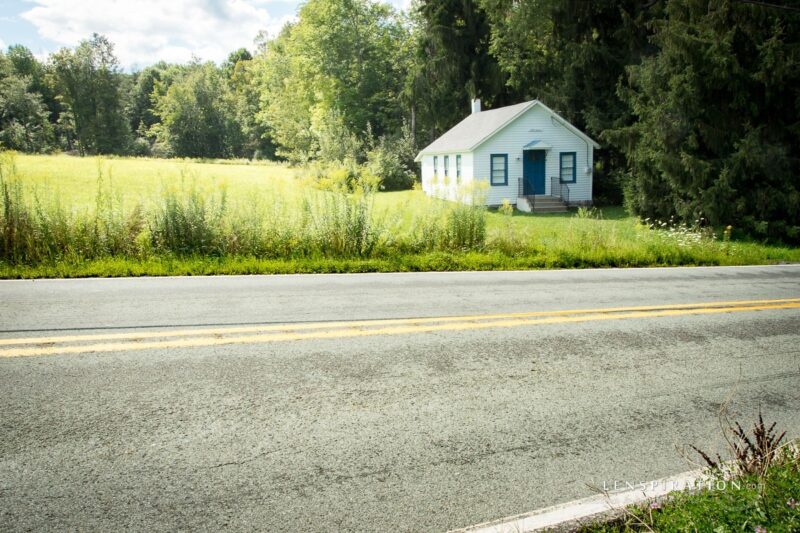 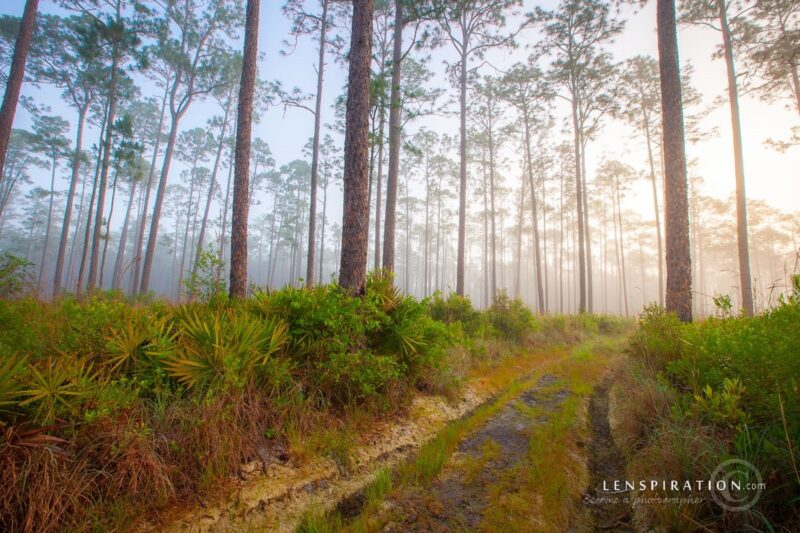 Which Are Your Favorite Photos? 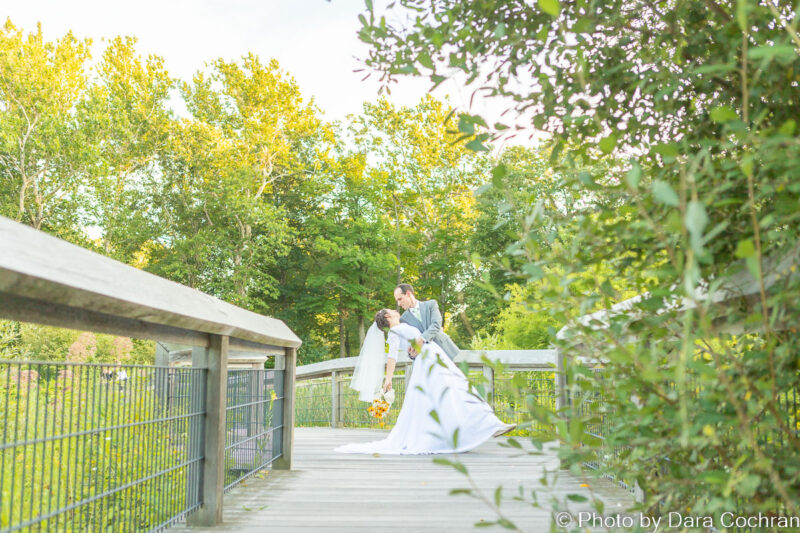 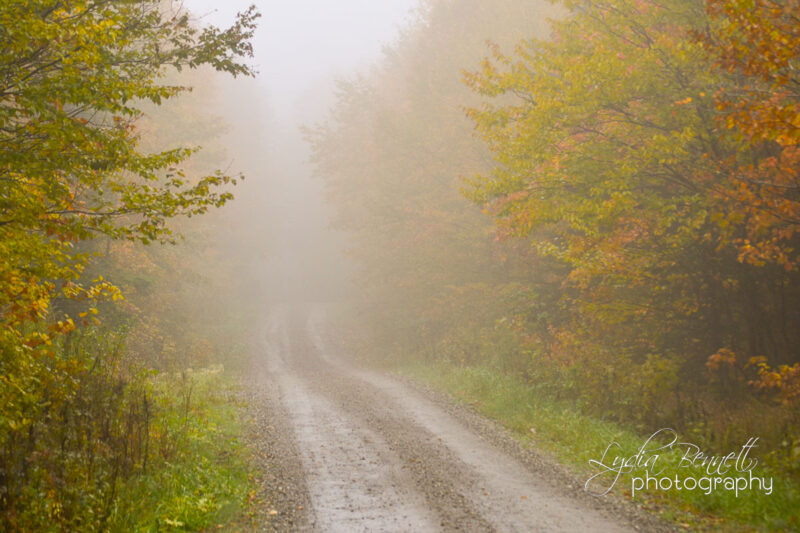