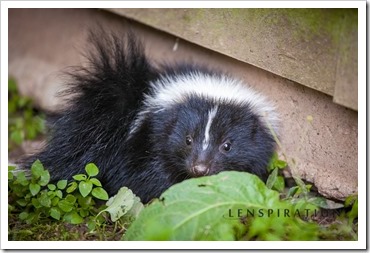 Spring brings smells of all sorts. We found this poor little guy evidently estranged from it’s mother trying to hide behind a leaf and too scared to run away. We just about touched it, we were so close, but after a while we decided to leave it alone….making sure to take the dog with us, just in case.

For animals like this, you never know what they will do, so you should just take one picture far away, scoot in a little closer, take another shot, and scoot in a little more. Right into the teeth of the lion, someone told me once. But as long as you keep alert, wisely consider the consequences of what you are doing, and plan an emergency exit, you shouldn’t have a problem.

For this shot, because it was in the deep shade and I was zoomed as far as I could go, I had to keep a sharp watch my shutter speed. Look at the difference between the two shots below. They both appeared fine on my LCD screen at first, but after viewing them at 100%, I realized not every shot I was taking was perfect. All too often I’ve stepped away from a shot confident that I’d gotten it, only to realize on the computer later that it was not at all near tack sharp. Tack sharp what makes all the difference in the world! 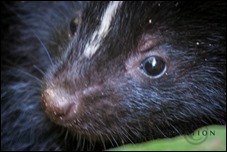 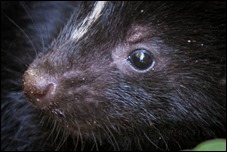 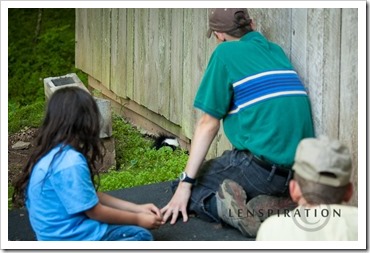