3 Ways to Shoot Landscapes at Night

Have you ever tried shooting scenic images at night?

It’s not easy! At least, that’s what I was acutely reminded of during a trip to west Texas last month. I only had the opportunity to shoot under the desert sky on two different nights, but the experience was invaluable!

I discovered that, if you’re not using a flash or utilizing the aid of moonlight, there are three basic ways you can capture a landscape at night. 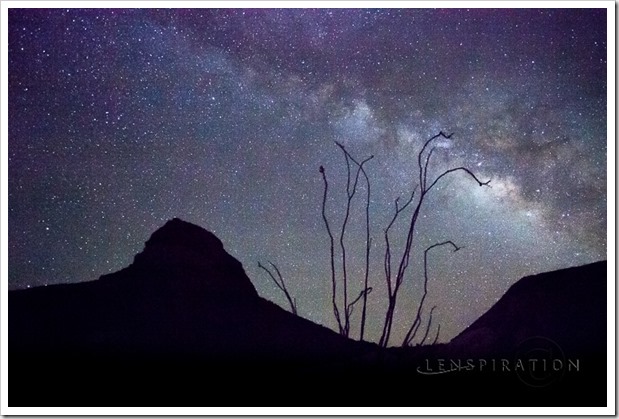 I was shooting with a photographer friend of mine from Quebec. Neither Ryan nor I would consider ourselves very good at nighttime photography, so we were out to experiment and gain some much needed experience.

We woke up very early so we could have a few hours to shoot the milky way before the morning twilight started lightening up the Eastern sky. With flashlights, we started exploring a spot I had seen the evening before as we were driving to our camping spot there in Big Bend National Park.

It took me a long time before I found a subject that I thought would make a great foreground element. I was looking for a silhouette. Something that I could put up against the starry sky. First, I tried using the great monolith known as Cerro Castelian all by itself. A mountainous horizon. Yes, better than a flat horizon, but it just wasn’t interesting enough. I found a massive bunch of prickly pear, but they weren’t in the right spot and looked like a big tangled mass in silhouette.

Finally, I found this bunch of ocotillo. In combination with the monolith, I think it makes a great silhouette. Shooting for silhouettes is a great way to shoot landscape images at night. 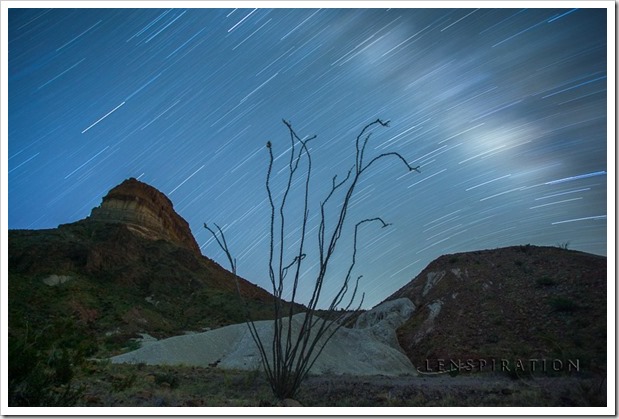 In the first picture, the stars are dots in the sky. That was achieved by using a shutter speed faster than 30 seconds. It requires extremely wide apertures and high ISOs for the best results, but the effect is awesome.

This second picture is what you can do if you choose to do the exact opposite: use a purposefully ultra-long exposure. I personally like this effect better than simply looking for silhouettes. It provides a lot more character. It allows you to see detail in the foreground. It adds lines and movement to an otherwise stationary composition.

But it requires a whole lot more patience! The shot above used a shutter speed of over 30 minutes long. 1,933 seconds to be exact. And I ended it early because sunrise was coming. You can only shoot a few of these kind of shots in one night. And if your battery drains in the middle of the exposure . . . sorry, the picture won’t be recorded. And what if you didn’t get the focus just right?. Sorry, it’s not possible unless you’ve got more time to kill.

Whether you use one long exposure (like I did) or stack multiple exposures to create a composite in post processing, the ultra-long exposure effect really only looks cool (at least in my opinion) if you run it for 30 minutes or longer. The longer the shutter speed, the longer the star trails. And short star trails just don’t look appealing.

Here’s an example of star trails that didn’t use a long enough shutter speed. Only 5 minutes. It looks like there’s been some mistake, doesn’t it? 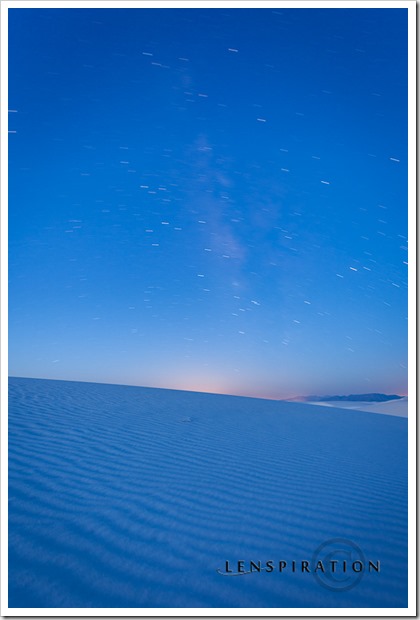 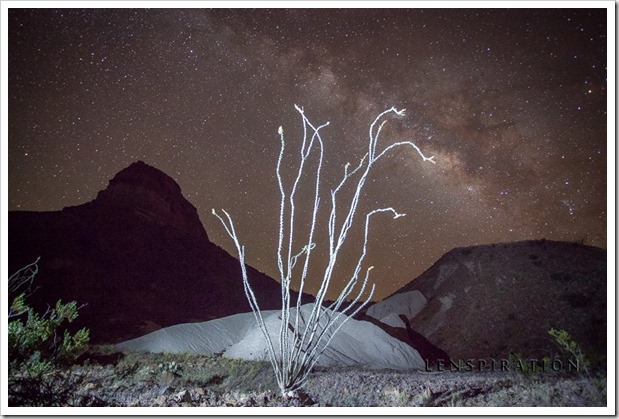 Both this shot and the very first shot used 30 second exposures. Really, biggest difference between the two is that in this one I used artificial light on the foreground subject. I stepped off to the side and beamed light from my flashlight for part of the exposure. Why from the side? Angled light creates shadows which adds texture to the plant and keeps the light from looking too flat.

It took quite a few tries to get this looking right! Perhaps it’s still a bit too harsh. It has everything to do with practice!

The effects you can create using a flashlight in your landscape are limitless. Here’s an example from the next day at a different location. The moonlight from straight overhead just made my pictures look way too flat, so again, artificial light from the side added some much needed contrast and an effect that I think is pretty interesting. 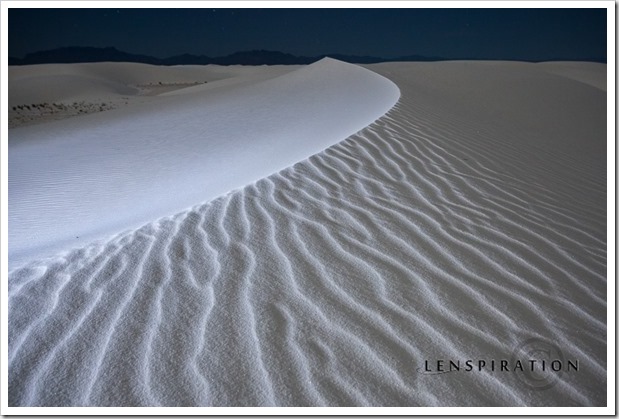 I’m no expert when it comes to paining with light, but it sure is a good way to shoot landscapes at night!

So, pick your preference. When it comes to shooting landscapes in the dark, is any one method better than any other? Nope! They are just ideas. And the more ideas you have in mind before heading out into the night, the more chances you’ll have of getting a great shot that works best for wherever you’re shooting.