Donald awakened me out of my deep slumber. It was just before 5am on Saturday morning. The second day of our crazy birding adventure had begun!

Long before it was light, we were on location at Estero Llano Grande State Park in the extreme southern tip of Texas looking for birds we had never seen before.

It was dark, so there wasn’t much I could do in terms of photography. This posed a problem when it came to trying to identify two dark forms hopping around on the trail in front of us. They were clearly birds of some kind. But, “No problem” I thought, “Just jack up the ISO”. Hmm. Still too dark.” Donald suggested I pop the flash. Of course! Guess I don’t use on-camera flash enough (like, ever) to have thought of that. This was for identification, so, direct front-lighting would be fine. Evidently, the flash wasn’t powerful enough, though. And the photo was still as black as ever! Thankfully, Donald was able to identify them some other way. He’s an amazing birder. I think he could see a flash of white under the wings when they jumped around, and he said no doubt that they were Common Pauraque (you tell me how to pronounce that!). Our first new-species identification of the day! Here’s the picture I took of it with +4 Exposure in LR. Not exactly sure why I have a watermark on it. 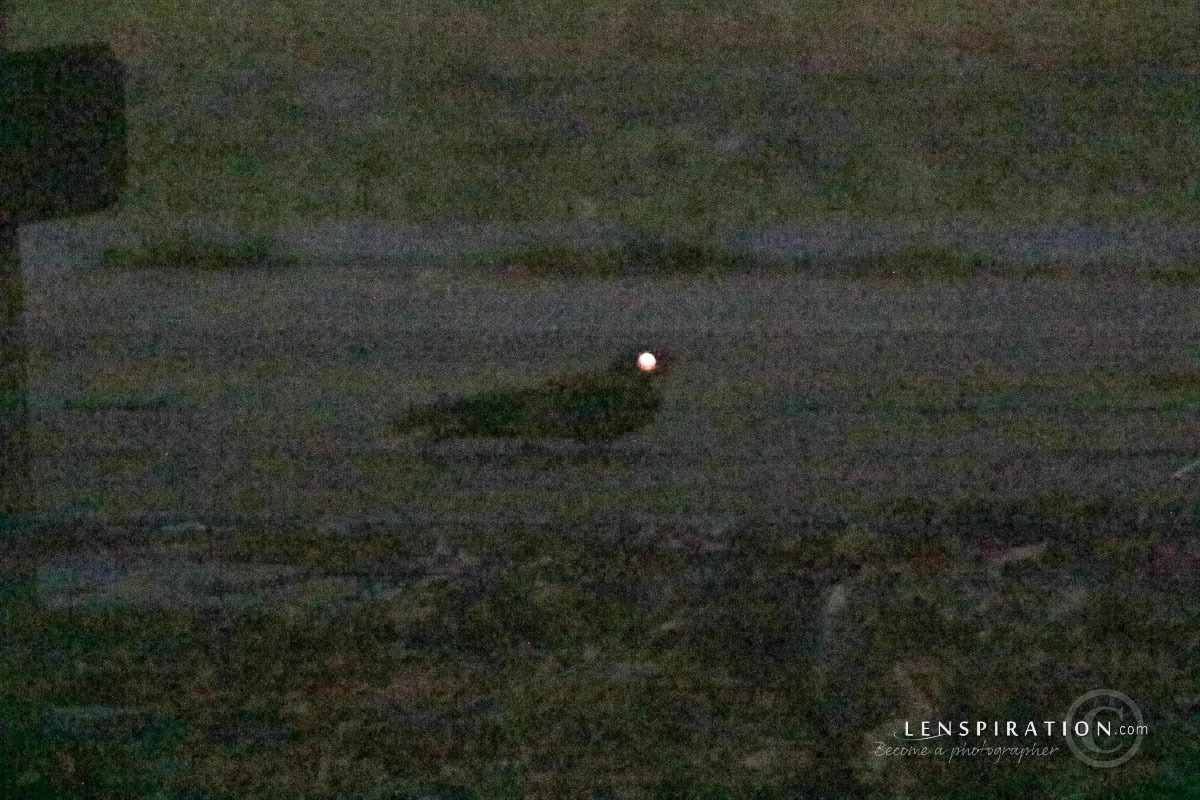 We moved down to the marsh. The sun was just coming up! 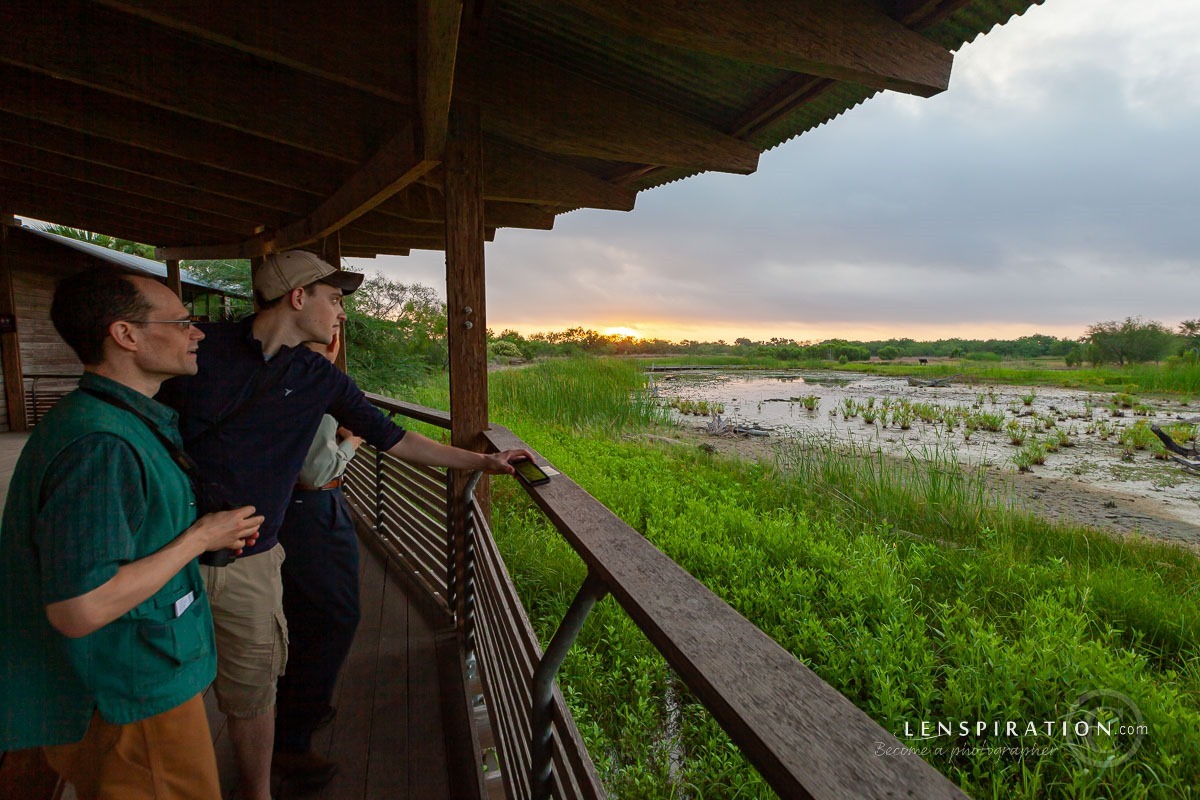 And there, sitting on a log out there was this new bird we had never seen before. I forget what it was called.

Was still kinda early so 3200 ISO and distance prevented a good shot. But at least it was proof of a new identification. 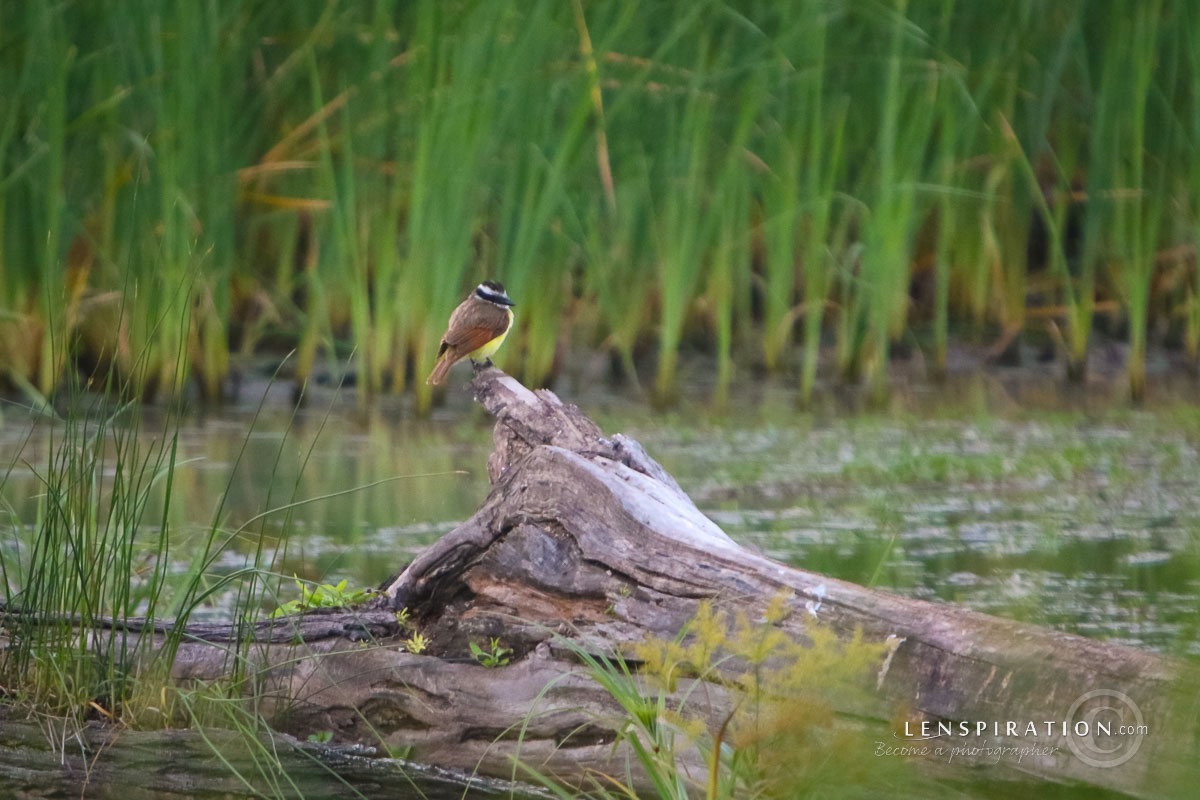 Then we headed out on some trails to look for Trogons. Yeah, I didn’t know what they were either. Still don’t. Didn’t see any. But I did get some great photos of the trails and stuff. When you’re in a new place and everything just looks novel, don’t you kinda find yourself taking pictures of everything? And what a glorious sunrise it was! 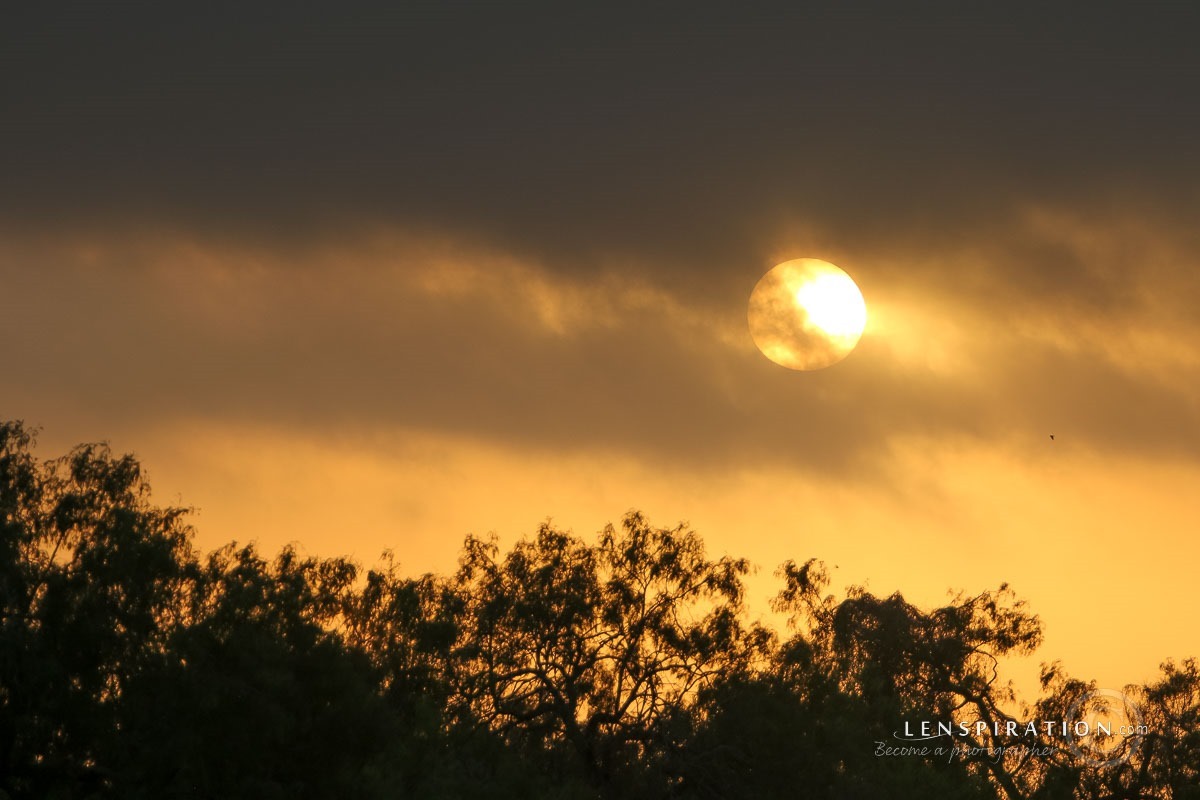 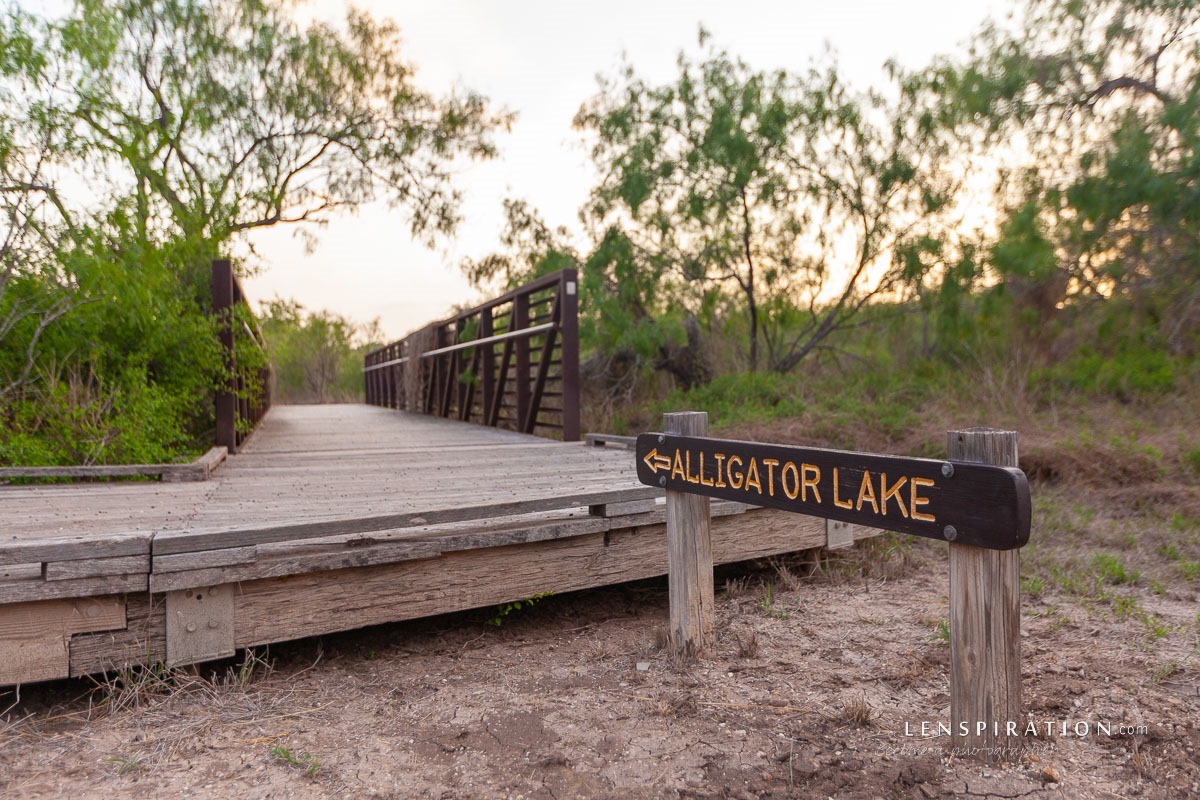 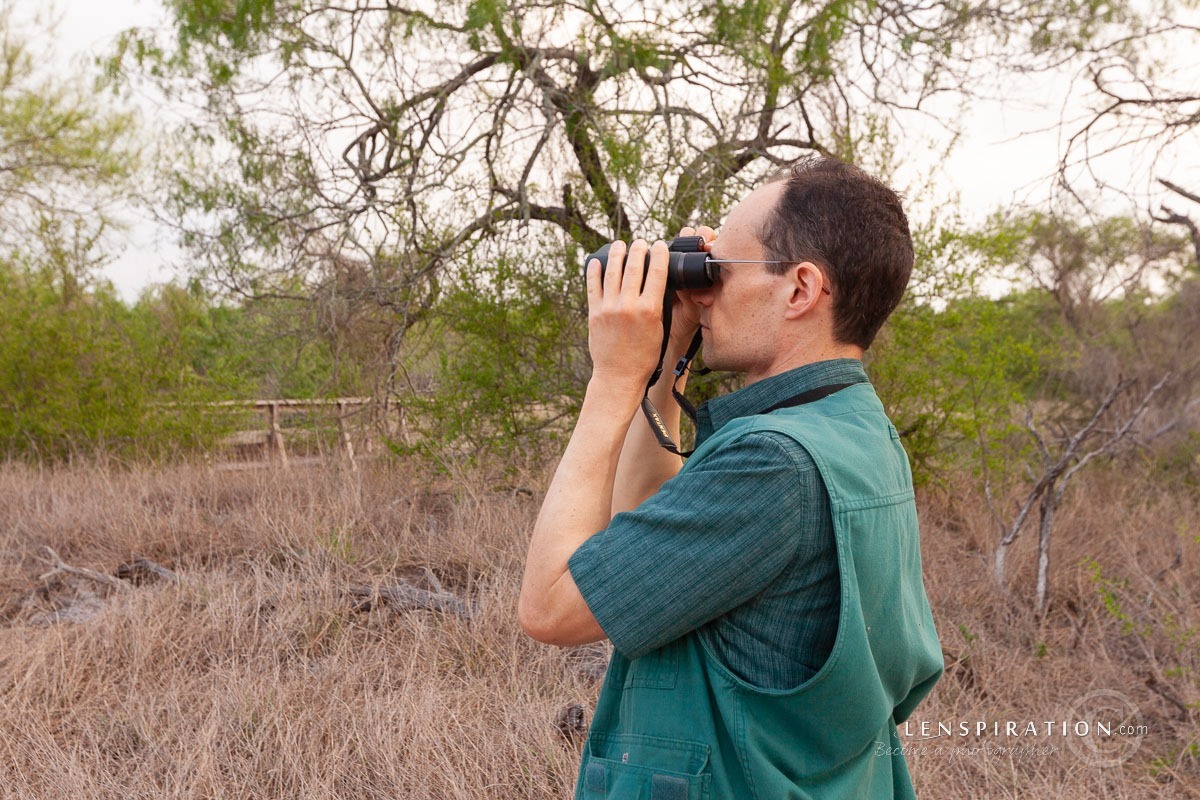 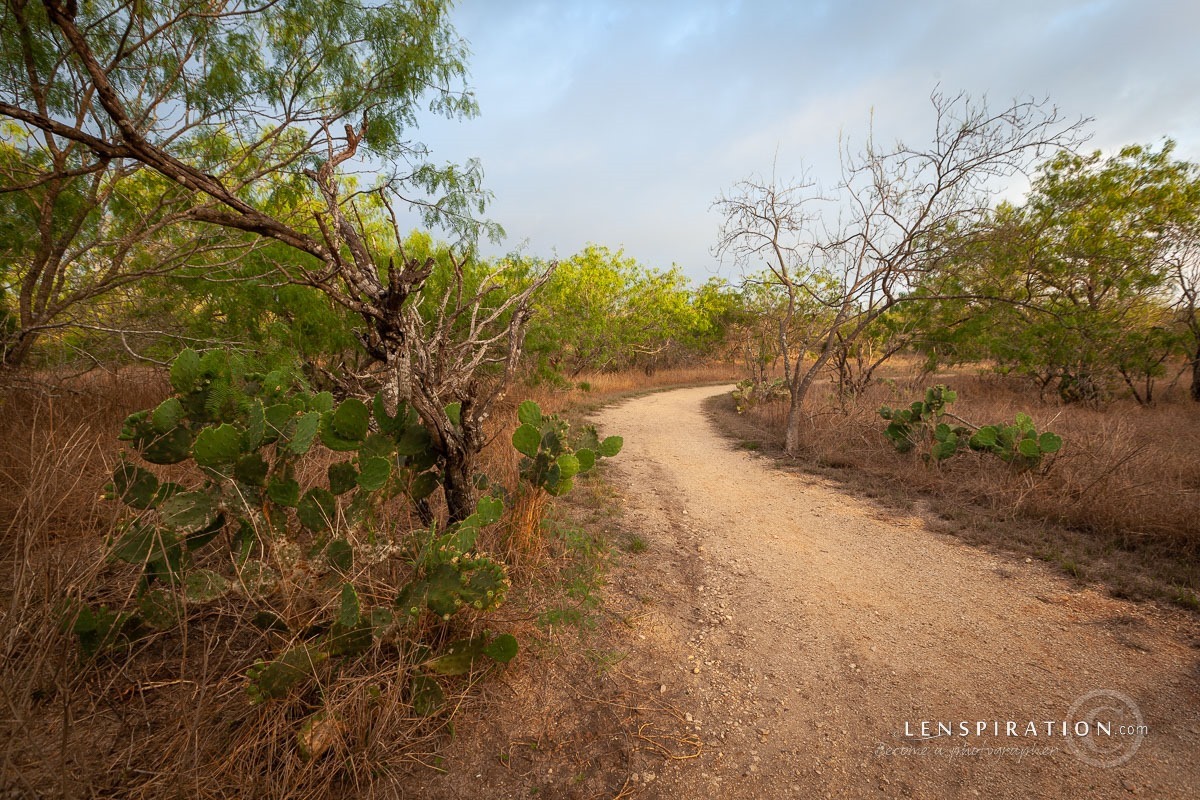 Near the end of the trail, Donald stopped to see if he could locate a bird that was making a ruckus in the bushes. Trust me, we were staying safe and not feeding or disturbing the alligators, and we had no intentions of swimming. Donald never did see the bird that was making the ruckus, but his escapade into the brush did lead him to the perfect vantage point of probably the quietest and most secretive bird on the marsh! A Least Bittern. By now, it was probably like #6 on the never-seen-before list! 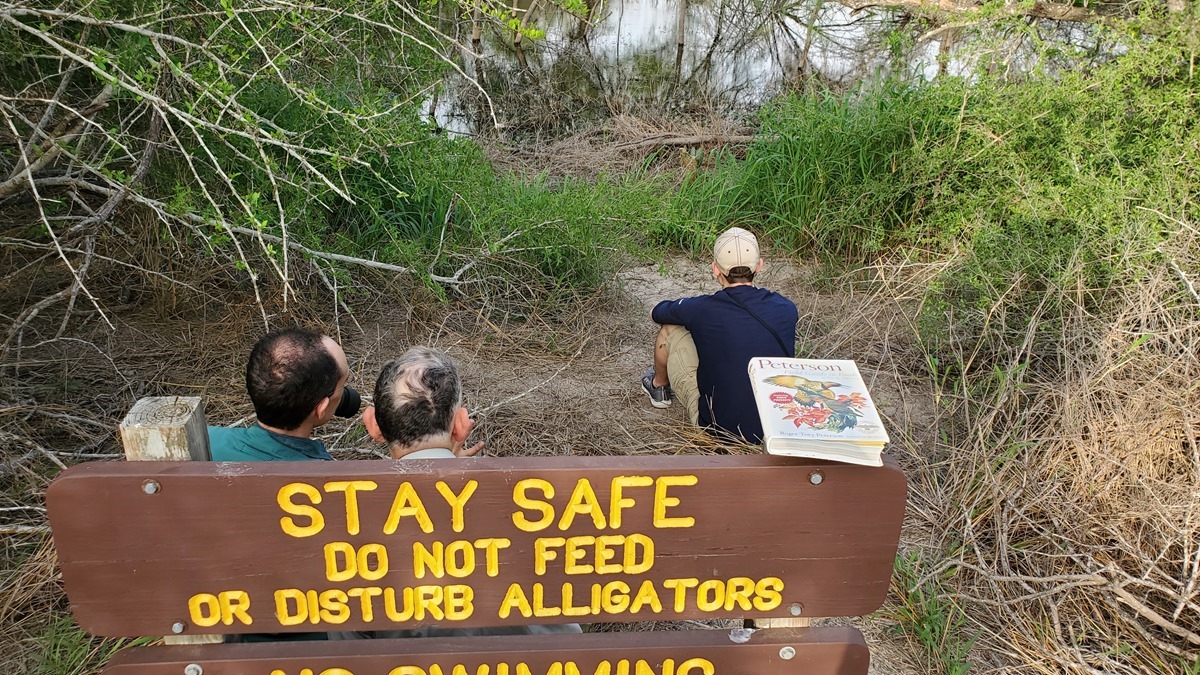 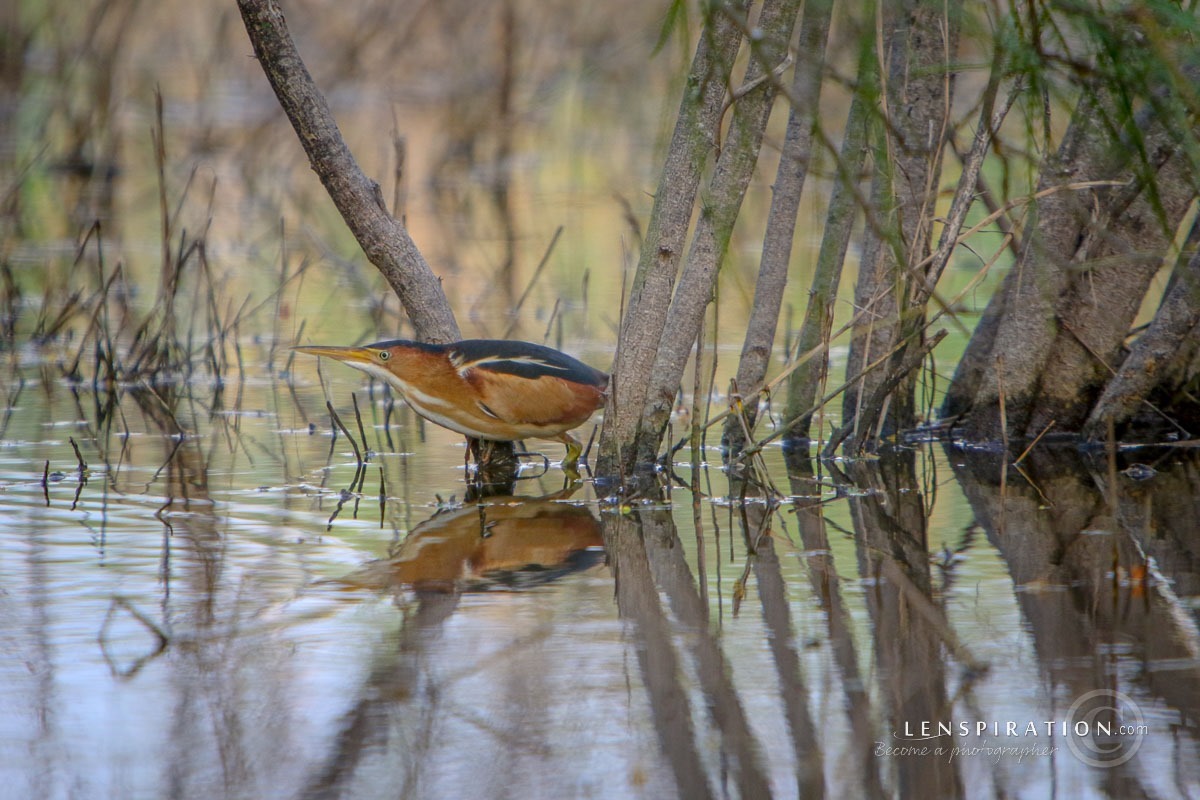 Then we climbed up onto a ginormous levy. Maybe we’d see a parrot out there somewhere? 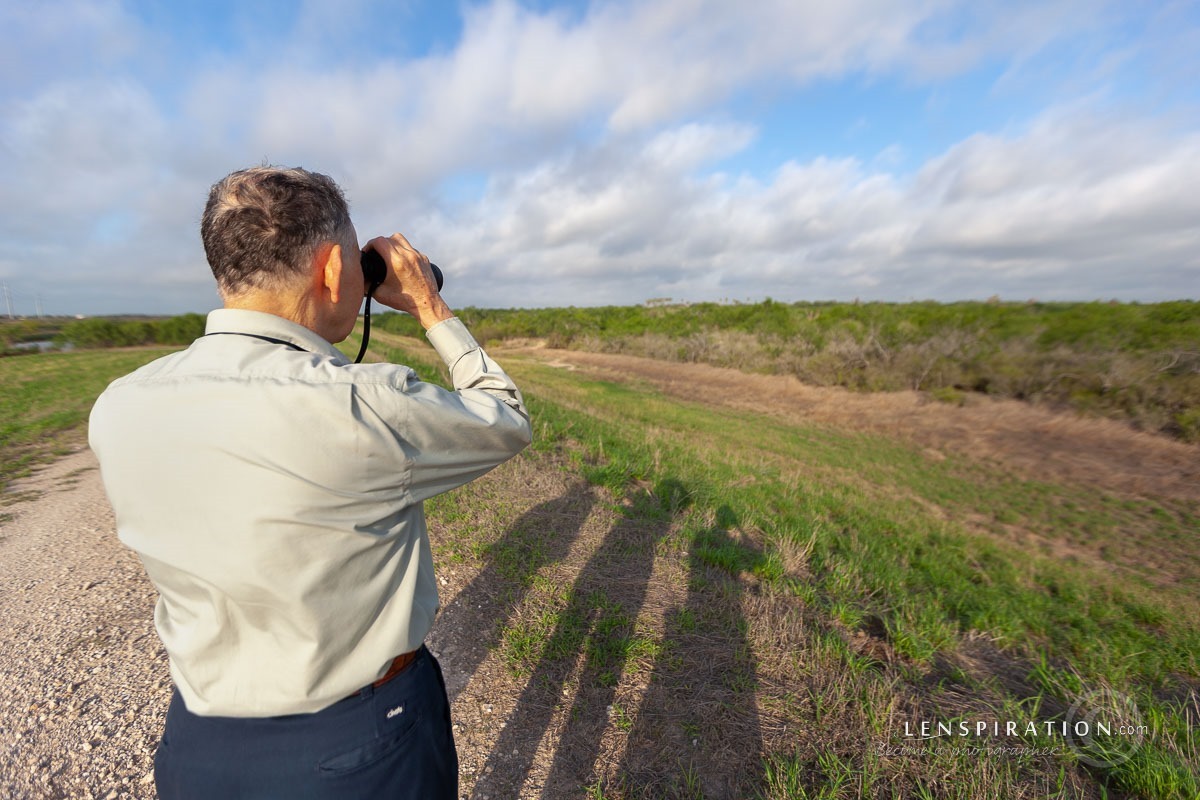 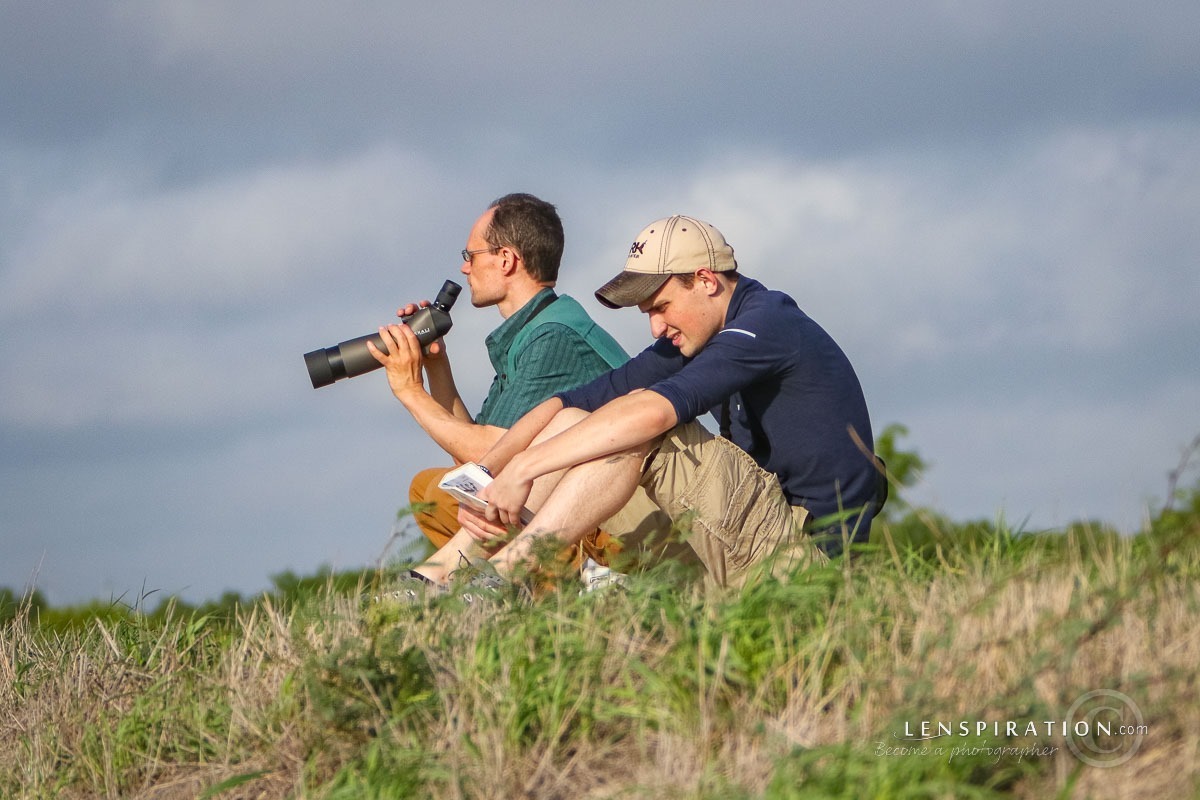 Brightly colored, but not a parrot, the common Orchard Oriel made for a pretty picture though. 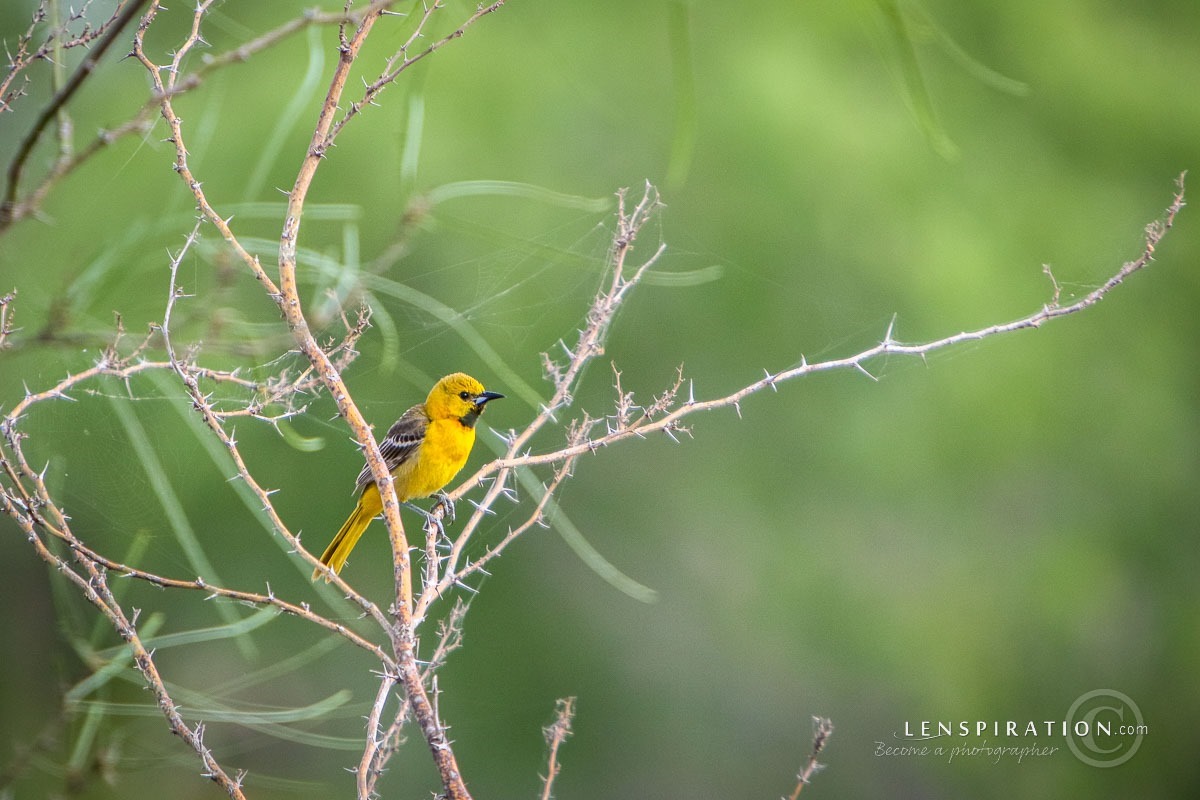 We were getting hungry and thirsty after three hours of hiking around, so we decided to head back to the car. On the way, Dad spotted a woodpecker. “Hey Donald, is there a kind of woodpecker around that you haven’t seen yet?” “Yes, just one. The Ladder-Backed Woodpecker” says Donald as he picks up the binoculars. “And that’s it!” It was simply crazy the variety of birds in this area! It didn’t hang around long enough to get it’s portrait taken, but I did get snap some proof that we indeed had seen it.

The rest of the morning we continued to check off new species after new species. The Plain Chachalaca that had evaded us the day before while driving in (the “Chachalacas” we had hunted down before turned out to just be regular old turkeys) we found in plain sight right around the visitor’s center. 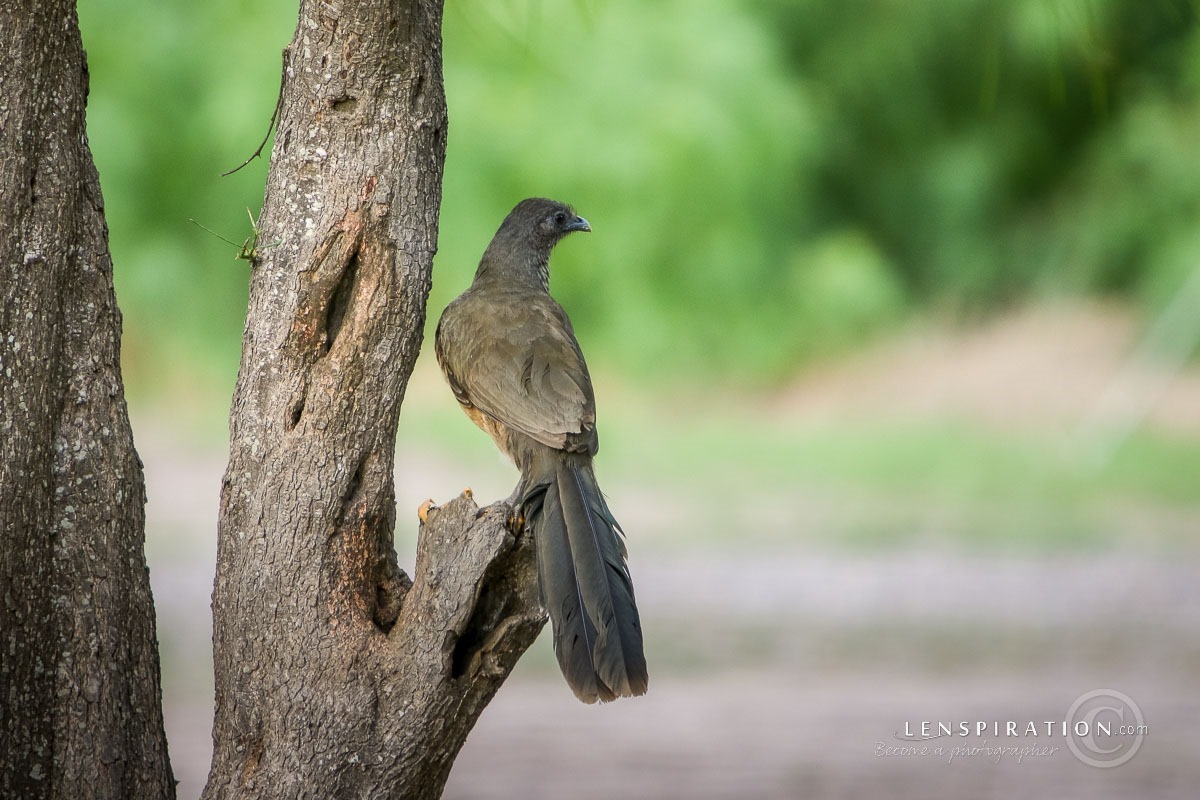 Earlier that morning at the visitor’s center, Donald and I had walked up to a hummingbird feeder. Donald says to me, “I wonder what that humming bird with the dark throat was.” Being the helpful sidekick that I am, I took a picture of one of the humming bird at the feeder, zoomed up on the light throat, and showed it to him. “You know, it doesn’t actually look all that dark, eh?” He seemed not to have heard my repeated intel as he thumbed through the birdbook looking at hummingbirds with dark thoats. Well, walking by the visitor’s center this time, what do you know?! The neon-green Buff-Bellied Hummingbird, the color of which can really only be appreciated in reality, was truly a stunning sight to behold! 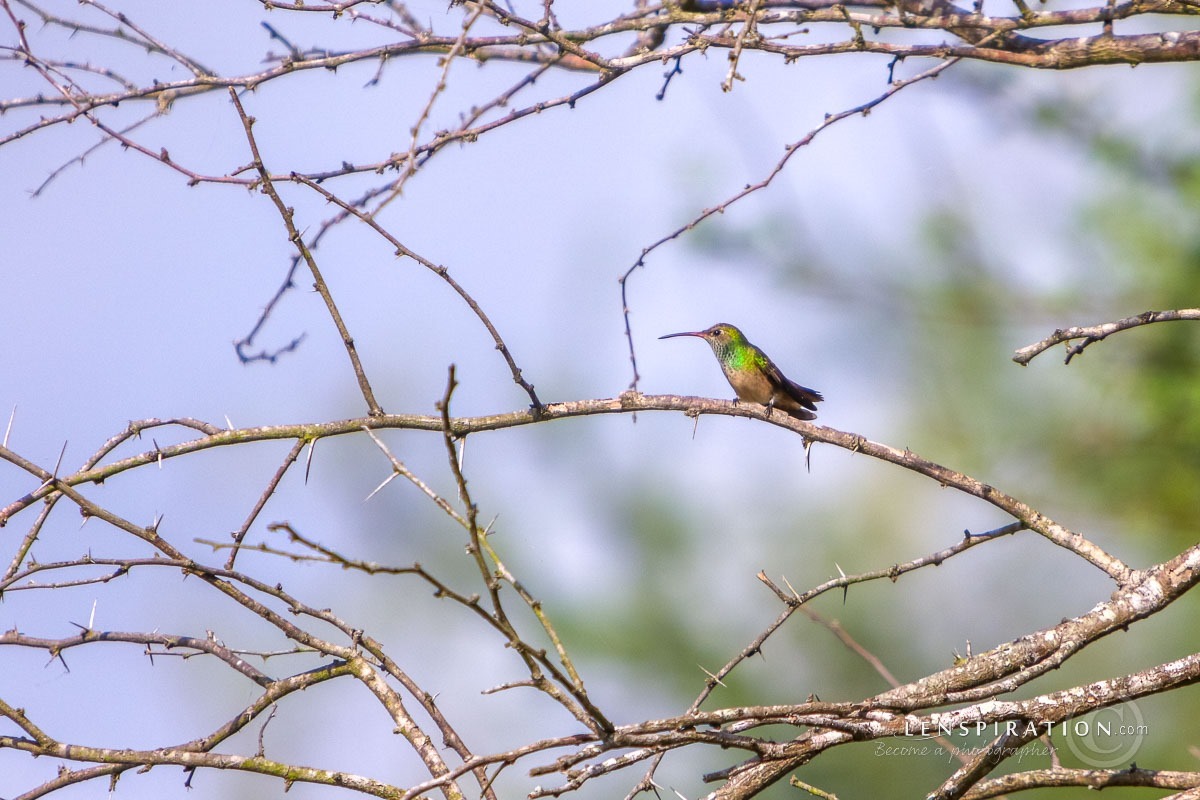 In total, Donald saw 20 new species of birds he had never seen before on that trip to southern Texas. I remember specifically walking away from that excursion with a new appreciation for the incredible variety in the creatures God has created. “The glory of the Lord shall endure for ever: the Lord shall rejoice in his works.” Psalm 104:29

And walking miles and miles carrying two hefty cameras was great practice for shooting a very special wedding the very next weekend! But you’ll have to wait for the next blog post to hear about how that went! 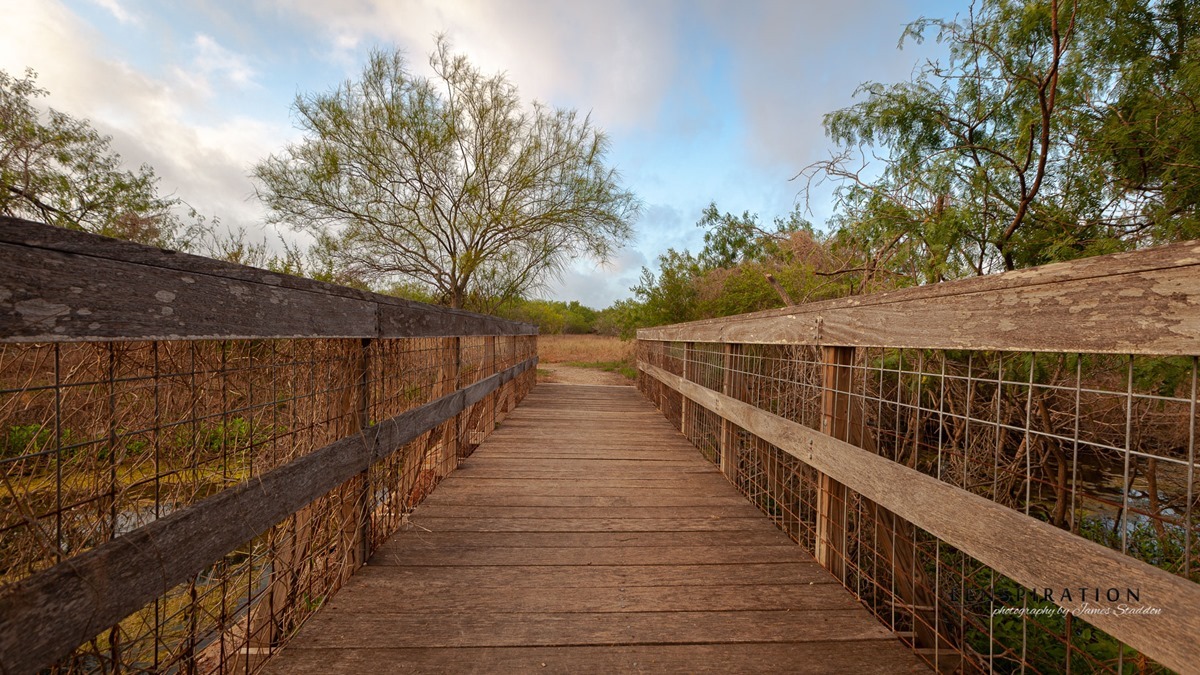 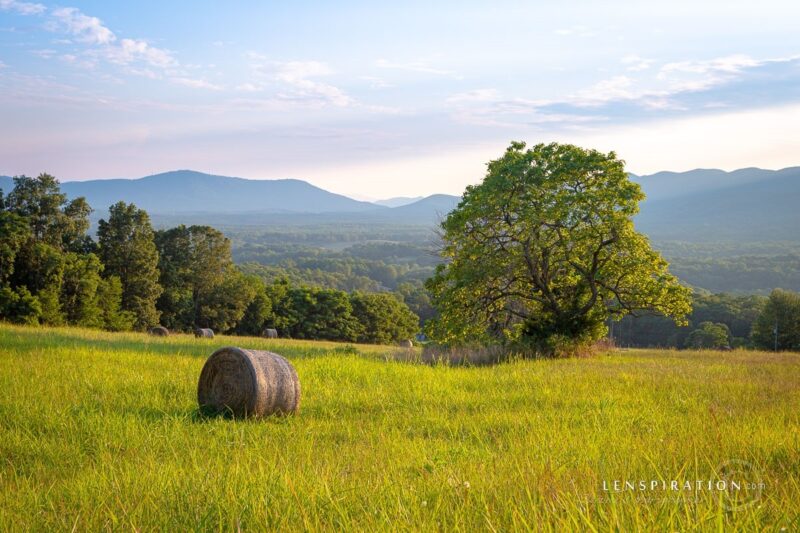 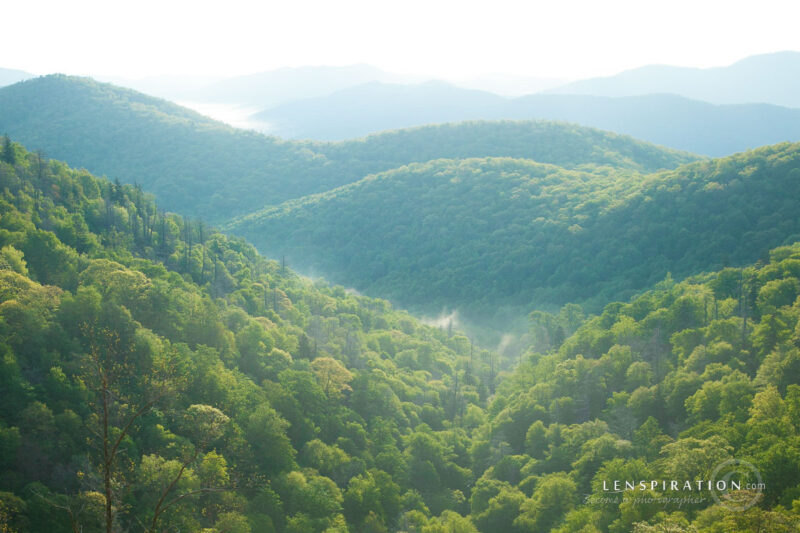 How This Next Assignment Came To Be 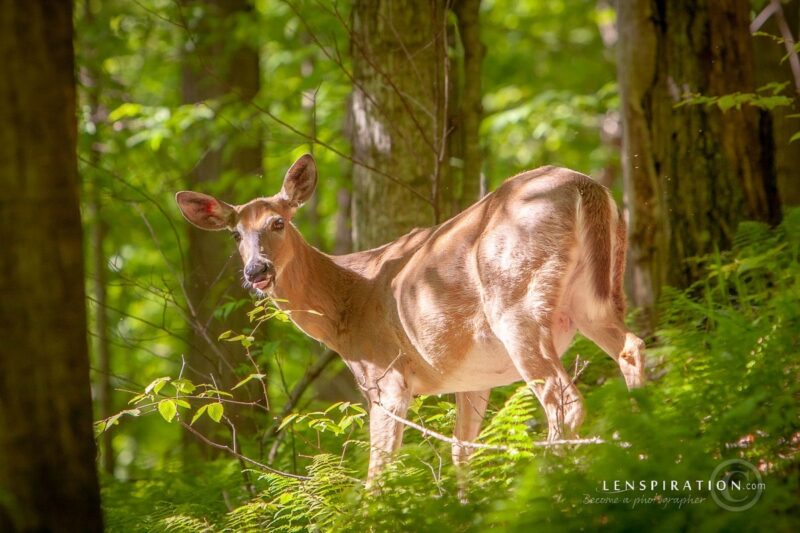 A Place Worth Going Back To