Will the Rain Stop?

This was the question on my mind as we drove the 10 miles of windy roads in pouring rain toward Hocking Hills State Park. I had visited this park many times in the past, but I especially wanted it to stop raining today because my entire family was with me this time. I had told them fantastic reports about the park and now  it had worked out that I could actually show it to them. But now it was raining; and it had rained off and on all day, and I really thought the chances of it stopping within a few miles was very slim 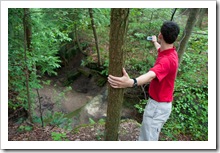 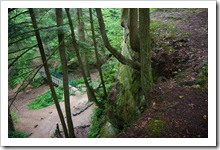 I’m sure you’ve been in this kind of situation  before. Maybe something isn’t absolutely necessary, but it sure would be nice if God  would work supernaturally to make the unexpected happen. Well, I don’t know if you pray about these things, but I have found that God has gotten a whole lot of glory through situations where His will has been discerned and  asked for.

So I prayed. I first asked someone else to pray, but I don’t think that was the right thing to do because nobody else did. It was up to me. I figured we were too far to turn around, both literally and figuratively, so I searched my heart  and asked God to stop the rain as soon as we arrived. I seriously believed it would happen. And I told Him I’d give Him the praise if it did.

And it did! right as we pulled into the parking lot. So there you go. If nothing else, let this testimony be an encouragement to take your little problems to the Lord, discern in your spirit what is His will, and then ask for the impossible!

By the way, we had a fantastic time at the park, and even though it rained a little during the middle of our stay, the sun was shining hot and bright before we left. 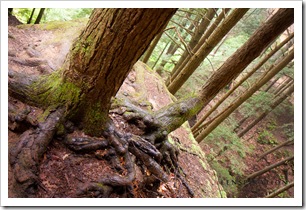