How strange it felt to put on my overcoat again to walk to work in glistening snow, knowing that it was the middle of April and having thought spring had finally arrived! It was t-shirt weather just a few days ago. 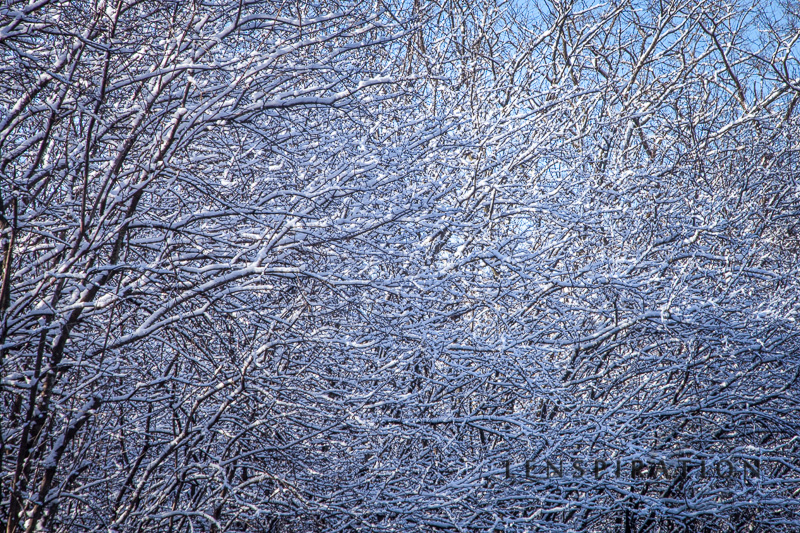 This was what my backyard looked like on April 15 in Chicago. Winter was giving me one last chance to photograph it; I didn’t have a lot of time, but I at least took my camera with me to work.  What I wanted to do with this shot was to eliminate anything that wasn’t similar. The blank sky, thick tree trunks, the floor of the tangle . . . they were all dissimilar and didn’t go with the pattern I was creating, so I cropped them out! 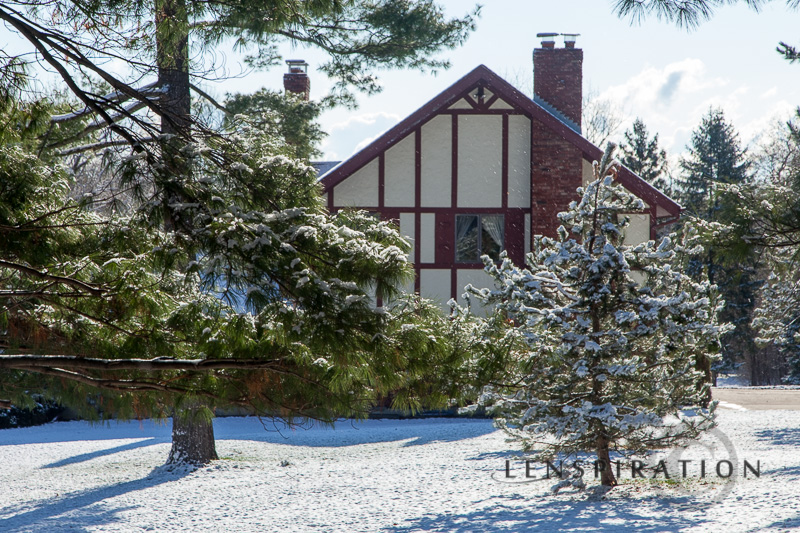 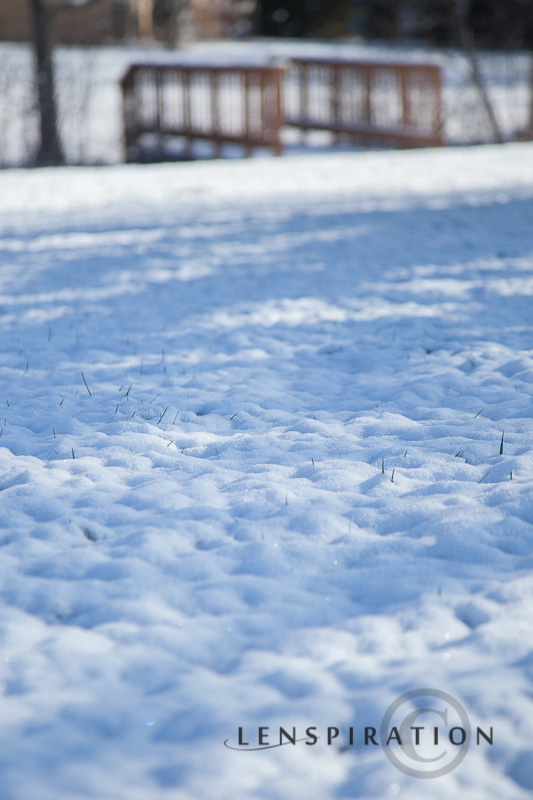 There weren’t many things to take pictures of on the short walk from my house to the Production Center on the IBLP campus, so I just focused on what there was around me. I created depth in two different ways between the two pictures. The first one uses overlapping elements to make it look like the house is nestled in a plane between near and far elements. The second one uses simple depth of field by zooming in and using a wide aperture. On the second one, I wish I had focused in on some more prominent element, or gotten lower to focus on a single cluster of blades of grass to anchor the eye in the foreground. I guess I just didn’t feel like laying down in the snow (and mud underneath) in my business dress clothes.