What I Learned at Sunset

Have you been learning anything through your picture-taking in the last month?

I sure have! Everywhere I go, I seem to always be learning something new. Here’s what I mean from one random place: 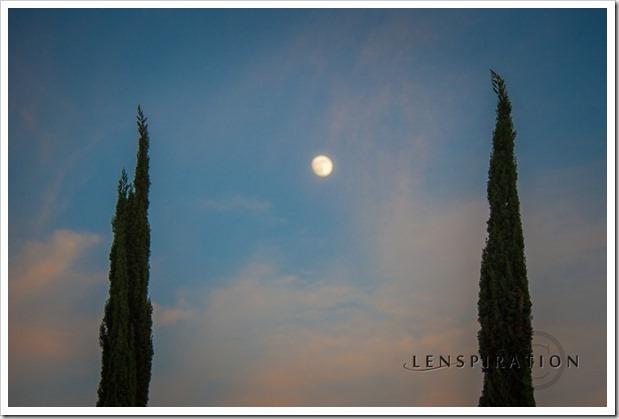 I have to say in starting, that this is a strange composition indeed. But while standing in a parking lot during the Sacramento Family Conference with the sunset going off with a practically full moon poking through the clouds, I had to do something! With these pictures, I was experimenting with focus. What should I focus on? How do I get the moon and trees in focus at the same time? First I focused on the trees. I didn’t want them to be blurry, or else it would make the picture look out of focus. But when I did that, the moon was way out of focus. Using a zoom lens and focusing on something relatively close in comparison to the distance of the moon, the moon just came out all out of focus.

So I tried two things. First, I raised the aperture as high as I could justify while hand-holding it (I didn’t have a tripod with me). This allows me to get a wider depth of focus. Second, I focused on the trees, and then, using manual focus, I changed the focus until the moon began to come into focus. This was probably pretty close to focused to infinity. With this second shot, because of the way hyperfocal distance works, and because the trees were far enough away from me (thankfully), both the moon and the trees appeared sharp enough that you would think they were both in focus before you thought they were both out of focus. 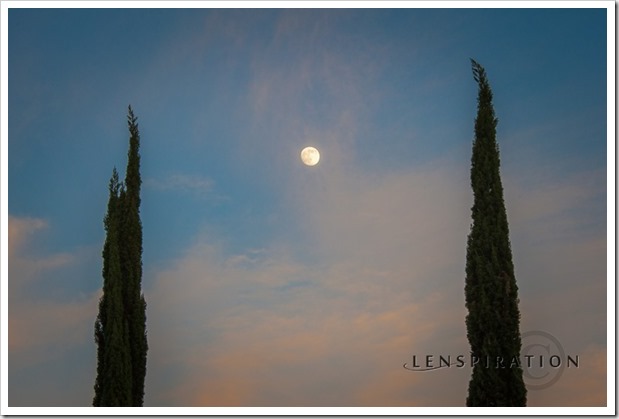 Perhaps this isn’t necessarily the best way to do things if you’re shooting for perfect, fine art landscapes, but I wasn’t able to do that. I just found this was the best way to go about it for my immediate purposes. I just wanted to make the most of what I had time for, and to capture the sunset before it disappeared.

Here’s another shot I thought turned out a little better, compositionally speaking especially, but also the way the moon is half hidden by the pink blanket of clouds. When was the last time you ever saw that happen? 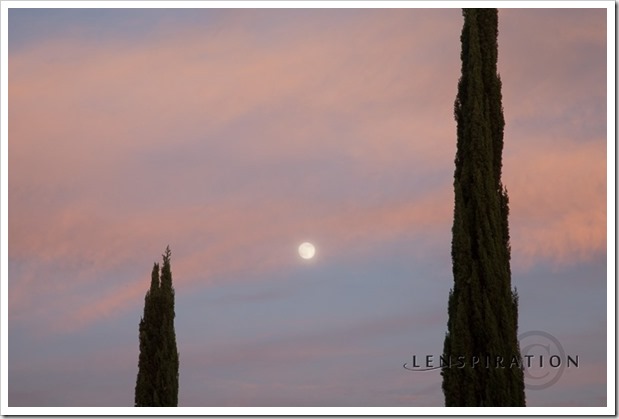 And from the same parking lot, I sorta thought this shot was a pretty interesting shot. 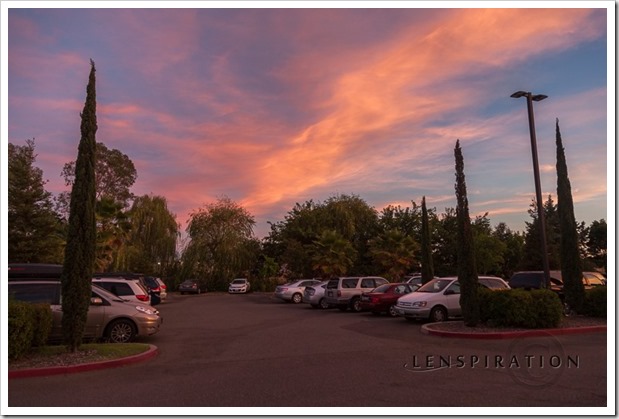 The intensity of color in the sky was impossible to capture with the camera. Literally. You just have to really underexpose the sky I guess. And trying to do that while retaining information in the foreground during post processing . . . well, it’s impossible to keep it from looking fake. I normally would increase the overall exposure of the image, but if I did that, this is what it would look like, even after trying to darken the orange cloud with a brush in Lightroom: 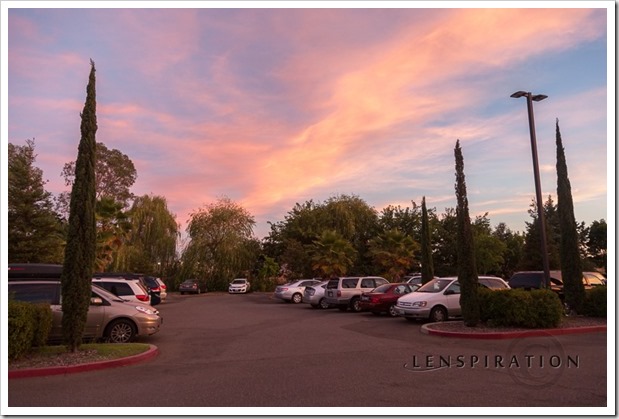 I’m discovering some textures and colors are so delicate that it requires quite a bit of forethought and as equal an amount of cautiousness in post-processing, not to completely ruin them. I assume it will still be a very, very long time before man will come up with a camera as talented as the eyeball.

And while I’m rambling, I might as well show a picture from the last evening of the Conference. (I have to tell you, the sunsets were spectacular practically every evening!) Because I had shot out all the compositions from the one parking lot, I moved on down to another parking area to see what I could find as the last rays of light vanished from sight. The clouds, as opposed to the color, were on stage this time. I was sort of hoping that the sun would pop through the clouds one more time to paint the entire sky purple, but only the most distant clouds lit up that evening. The clouds were still pretty amazing, though, so I just made sure to fill the frame with areas of the sky that had the most texture. 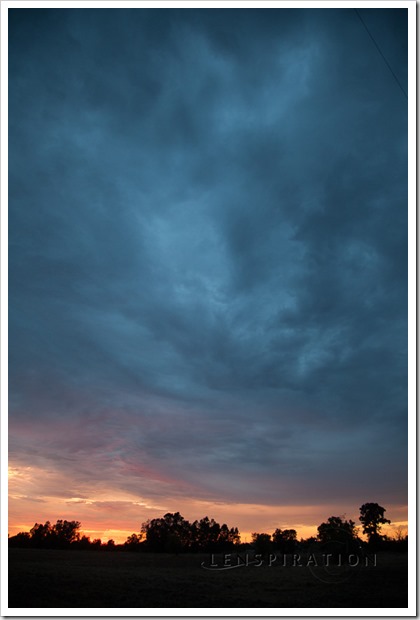 That would have been a good week for a CAPTURE California.