On the Edge of the Plateau

Bear Rocks is a widely recognized symbol of West Virginia wilderness and a frequently photographed scenic area in the state. Last week, I had the opportunity to spend an entire day photographing this well-known landmark on the eastern edge of the Dolly Sods Wilderness plateau. After shooting the sunrise from Bear Rocks, my brother, a friend and I hiked 12 miles out and back to the western side of the Dolly Sods Wilderness to do some scouting and to simply enjoy an incredibly beautiful day hiking in God’s creation. 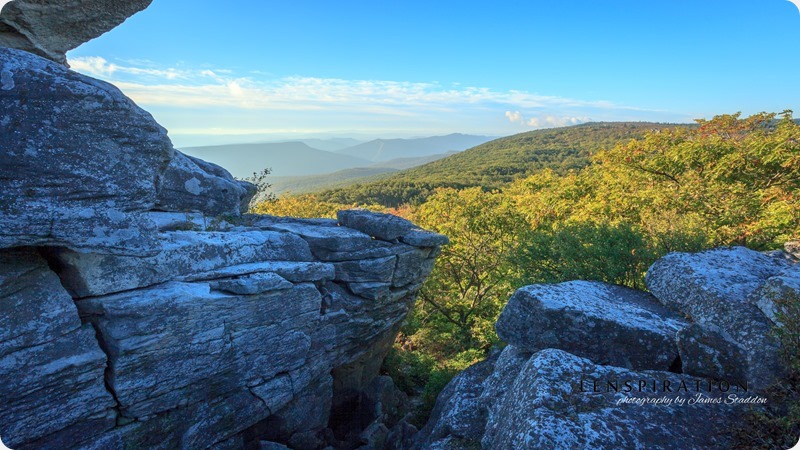 Edge Of The Plateau
Bear Rocks Preserve, West Virginia
Subscribe to Lenspiration Updates to download as a desktop background

While the sunrise and sunset at Bear Rocks were beautiful, some of my favorites shots surprisingly came from mid morning, as we made our way from our sunrise location to the car for a snack of a breakfast. This particular area of outcropping rocks really attracted me. If you just walked by, you couldn’t see the unique formation and balanced appearance of this particular rock unless you climbed down in close. Only from this particular perspective did it appear that the larger rock on top appeared to balance on the smaller ones below it. 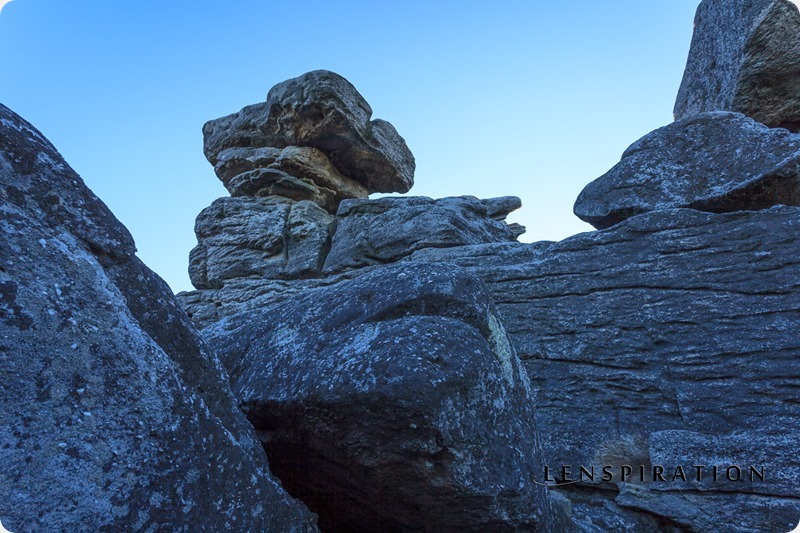 I spent a little bit of time working with the scene and sorta liked including a little more of the surroundings to give the scene more of a sense of place. 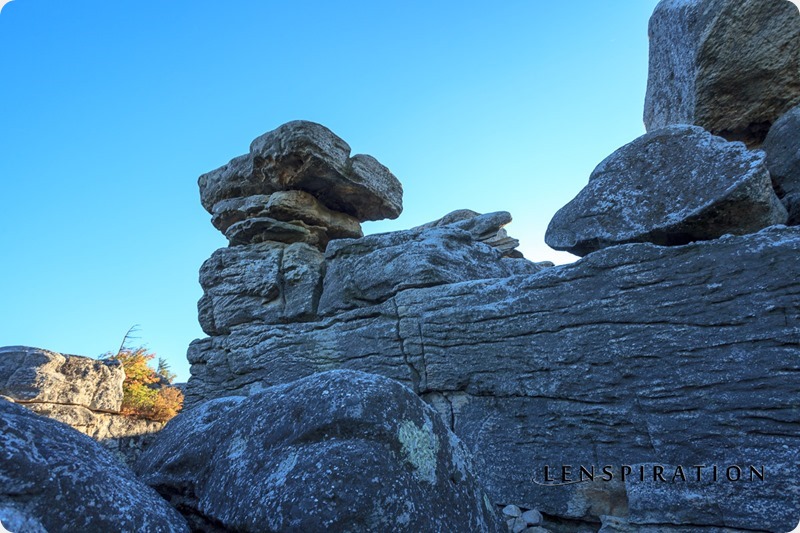 And, of course, it’s always fun to try to shoot each scene vertical as well. I experimented with different foreground rocks but this was the only one that seemed to keep the foreground simple. 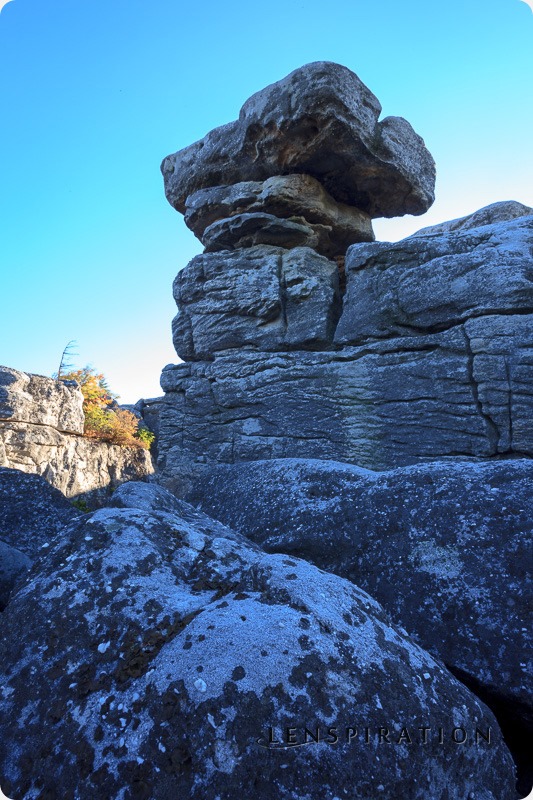 The “balanced” rock wasn’t the only thing to take pictures of though. I couldn’t help but take this shot of my brother taking a picture of me; my wide angle lens and intentional framing makes the pile of rocks above him appear to be precariously placed, providing an almost intentional “out to get him” sensation. Of the grouping of three rocks, notice the shape of the one on the left . . . see how it’s the same rock as the one setting on the right of two horizontal “balanced” rock shots. Lens angle, perspective, and distance make all the difference in the world in composition. And it’s easy working with rocks because no one would ever knows the difference that distortion creates. 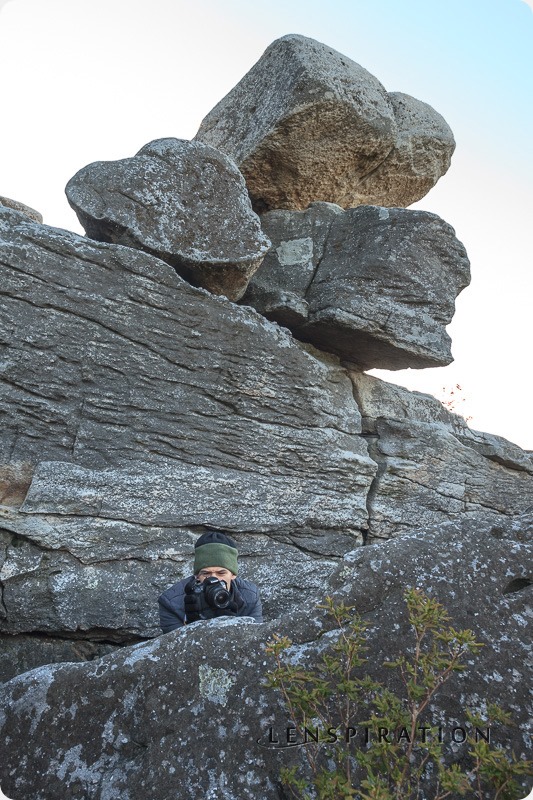 This last shot is from from basically the same spot, only looking another direction. I wanted to incorporate a sunburst to add some flare to this location. But to my eye, the sun was just in the wrong place to really be able to include it in a compelling image. 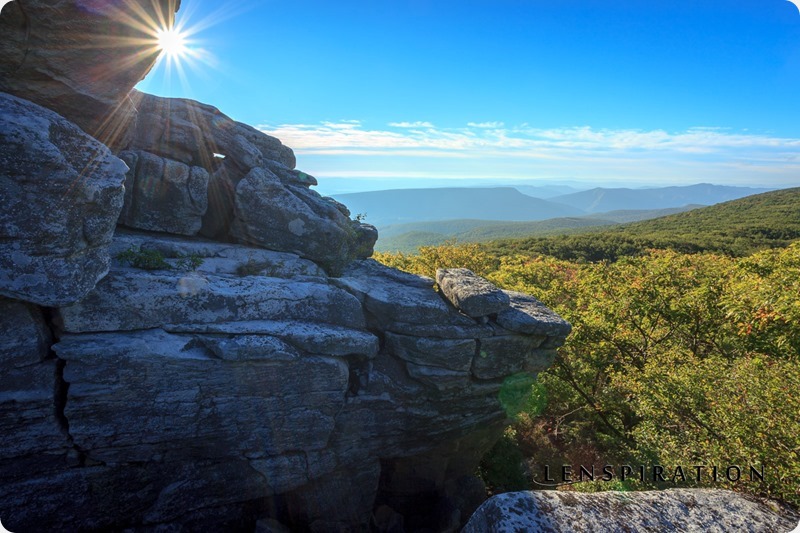 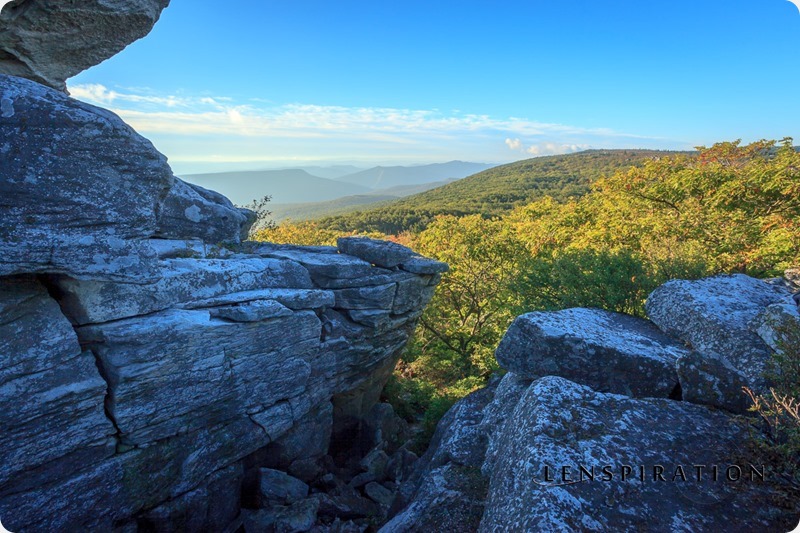