God provides in both small ways and big ways.

At the Conference last week, I lost some small, yet relatively important items. The first thing I lost was the little eye piece that fits over the viewfinder of my camera. I guess this isn’t that important, but it sure was annoying to think that I’d have to go through the whole “purchasing process” for such a small thing as that. However, I choose not to get irritated and thanked God instead, asking Him to make it show up before the end of the week.

But the end of the week came pretty quick without having found the eye piece. Instead, I found that someone had evidently mistaken my cell phone charger as theirs and taken it with them when they left. Now this was really annoying! “Another purchase to add to my list!” I thought.

But I purposed not to get irritated and thanked God instead, asking Him to make them both show up before . . . and voilà! In the process of packing up the camera equipment, I opened a pocket on my camera pack and there was the eye piece! “Thank you, Lord! But don’t You think it will take more than a little ‘coincidence’ to find the charger?”

After asking around for the charger without success, I decided to check the hotel’s Lost and Found. “It won’t hurt to check” I thought. And sure enough, no one had brought a cell phone charger to the front desk within the last few hours. But what I did find out was the fact that many people leave cell phone chargers in their hotel rooms and never come back to get them. Lots of people! The lady at the front desk brought out a big box of left-behind chargers and said “If you can’t find one in there, I’ll dig up another box for you.” I couldn’t believe it! Within a matter of minutes, I had a charger that fit my phone. “Are you sure?” I asked; and more than once I was assured to be sure.

But just as God sometimes decides to show us His provision in small ways, he may also show His provision in large ways. And when both are shown in conjunction with each other over a short period of time, it brings a certain level of excitement and reverence that can not be humanly explained or reproduced. Therefore, when I was presented with several business opportunities during the Conference, I was awed at God’s great provision, ashamed that I sometimes doubt His great care, and encouraged to keep living by great faith!

Perhaps in every situation God’s provision will not be completely visible (I’ve got plenty of those stories too), but we have the assurance that God will work all things together for good to those that love Him. 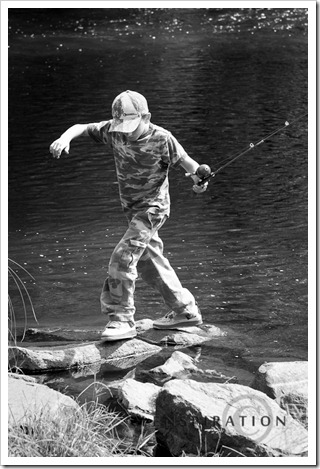