Just had to comment on a few shots from one of the photo excursions in Montana:

Alone, Yet Not Alone 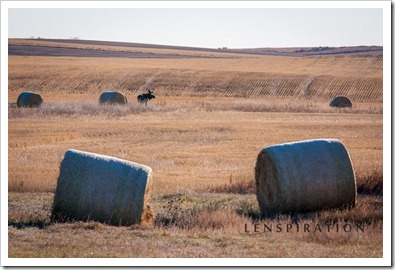 Odd looking hay bail, eh? I could hardly believe there was a moose as far east as Bloomfield. The locals said it had been maybe 20 years since they’d seen a moose in those parts. 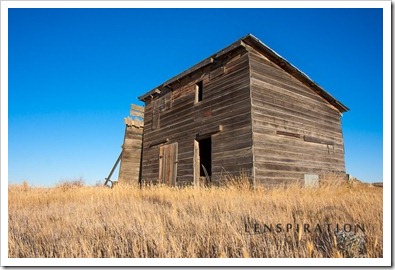 Classic shot. Simple, colorful, full of character. It’s nice that the light was on both the front and side of the structure facing me. Both sides in shadow is bad, one side in sunlight is best, but two sides in sunlight works just fine. Squatting low gives both a creative angle and a bluer sky; as a rule on a clear day, the further from the horizon, the bluer the sky. 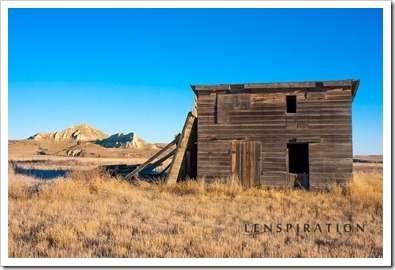 This is my favorite pic from the morning. I really wanted to show the terrain in which the building was standing yet I found it quite difficult to do. The problems were fourfold:

So after several tries, I finally found that sweet spot in focal length and positioning that allowed all the elements to fit together perfectly. Or at least as perfectly as I could make them. It took some time, but I am pleased with what I was able to get.

To see more from the excursion, view the Montana Countryside Album.