A Lion in the Way

The verse that stood out to me on the morning that my brother Michael and I drove from Waxhaw to Marble for the North Carolina FEW Conference happened to be Proverbs 26:13: “The slothful man saith, ‘There is a lion in the way…’” In other words, instead of viewing obstacles as opportunities, a slothful person just lets obstacles stop him from reaching his goal. Little did I know what obstacles I would run into that day that would attempt to stop me from reaching my goal of scouting various scenic locations in preparation for a future landscape photography workshop in that area. 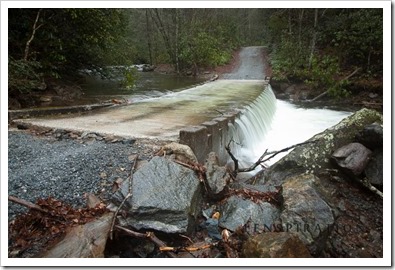 One of the locations we planned to scout out was Courthouse Falls. Though located several miles off the beaten path and with only a drop of 45 feet, I was told it was one of the most beautiful waterfalls in the state. However, as we wound down the gravel, State Forest road to the falls, we were forced to stop at a crossing were the swollen stream was too deep for our minivan to cross. It was difficult to admit that it would not be possible for us to continue on to the waterfall, but remembering the verse I read that morning, I determined this disappointment would not defeat my ultimate purpose for coming. Michael and I scouted out the area around the crossing anyway, walking up and down the stream, shooting and critiquing each other’s pictures, and were pleasantly surprised at the abundance of hidden beauty that we would have been otherwise overlooked! It’s good to have a backup anyway if the road would happen to be blocked again in the future. 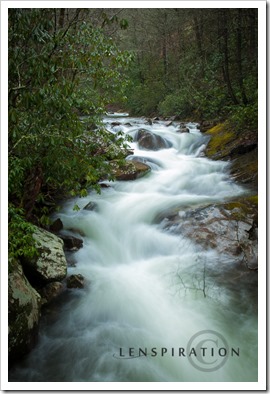