The Amazing Zoom Effect . . . and How to Create It!

Have you ever seen pictures like this before? Can you guess how it was created? 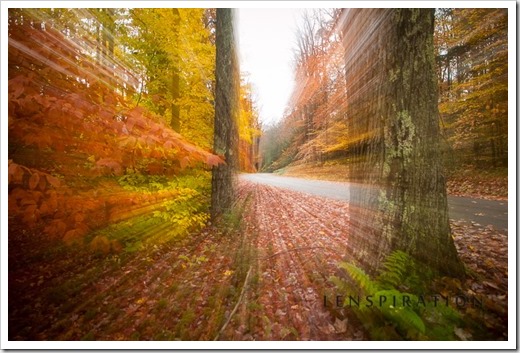 Nope, it wasn’t Photoshop! It was done with just a normal lens and SLR, like any cool photography effect should be done. While you may not consider it to be an “easy” effect to create, you just have to know how to do it to start doing it so you can perfect it. So, here’s how it’s done:

1. Pick a subject that will look interesting at the center of your image. That’s what you’ll want to focus on. That’s where the attention will be drawn to. Start with anything, but I would suggest you begin with a path or road. Begin your experiments on a cloudy day or during the hours of dusk or dawn when there’s not direct sunlight. 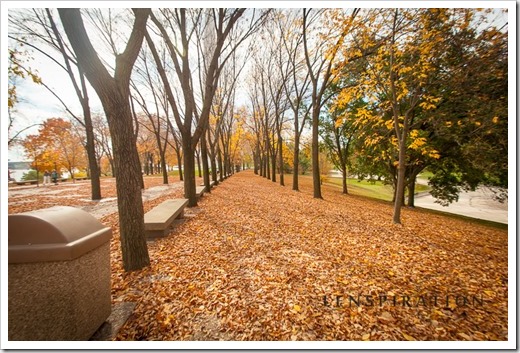 2. Choose a zoom lens that allows you to zoom in and out an average amount. I’m sure any zoom lens would work, but I took most of these shots with a 24-105mm. I would think that something like an 18-200mm would be overkill, and I have found that my 17-40mm just doesn’t seem to offer enough range of zoom. But don’t let this discourage you from using whatever you have. Once you learn the trick, you can figure out what works best for you.

3. Set your shutterspeed to around .5 seconds. If you don’t want to shoot full manual, then you can do this in Tv mode (or S mode on a Nikon). There’s no hard rule here. I’ve just found .5 seconds to be the best for starters.

4. Shoot from a tripod if at all possible. This shot from the park surrounding the St. Louis Arch was taken hand held, so it is possible to do it that way. However, to get the lines perfectly straight (as well as the maximum number of effect options as I discuss later on) I would shoot from a tripod. 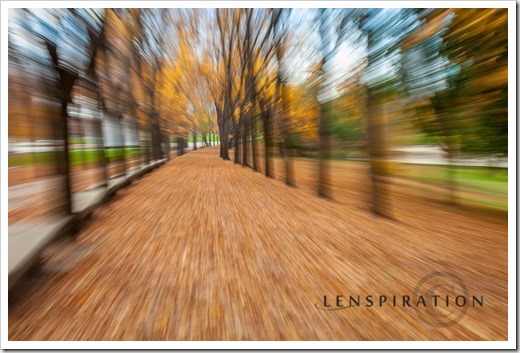 5. Zoom to the extreme. Before taking a picture, zoom your lens all the way in or all the way out. It really doesn’t matter where you start. If you’re right handed and using a Canon lens, it’s most natural (and thus less jerky) to start wide angle.

6. Trip the shutter and zoom to the opposite extreme at the same time. That’s will produce the amazing zoom effect! The shutter is open while the lens is zooming in or out, thus creating an even blur effect of lines pointing directly to the center of the image. That’s why it’s nice to have something interesting in the center of the picture. You don’t have to be zooming during the entire exposure, nor do you have to zoom all the way in or all the way out during the exposure. The most important thing is to keep it smooth! Don’t worry if it comes out all jerky the first few times, especially if you are hand holding it. Just figure out a way to get that barrel to zoom in and out as smooth as possible.

Now, that’s the basic idea. From here, you can conduct any number of experiments to try and get different variants on the effect. I must have spent half an hour standing beside the road waiting for the fog to lift at Blackwater Falls State Park last month just experimenting with different effects that were created doing different things. The tiniest of adjustments made big differences. Here are some of my more detailed observations:

I seemed to always get the best result at .5 seconds. From a stationary platform, I found that anything less than that didn’t provide enough blur, and anything slower than that became too abstract, eliminating any vestige of detail beyond the blur that might cause it to be a more interesting picture. 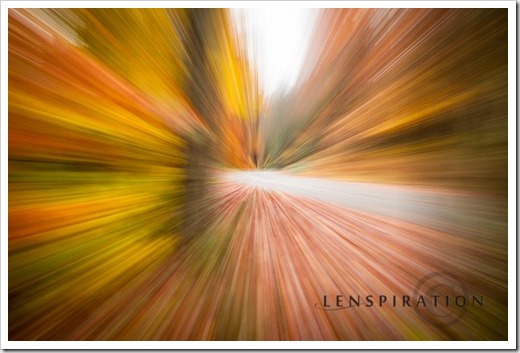 While shooting these shots, I was on burst mode and just shot frame after frame as I zoomed in and out at random. I would look through the series of shots, determine which one turned out best, and then try to improve upon it with another burst. I didn’t find a shutter release necessary, but I’m sure it would be helpful.

I got most excited when I discovered that I did not have to zoom the entire time. If I tripped the shutter, waited a “sec”, and then started zooming as fast as possible, it created an illusion of zoom, where the entire scene was still in focus while just a vestige of zoom was visible. You might call it a “split-zoom” effect. Half the exposure is normal, the other half includes the zoom blur. That’s how I created the effect for the first image in this post as well as the image below. 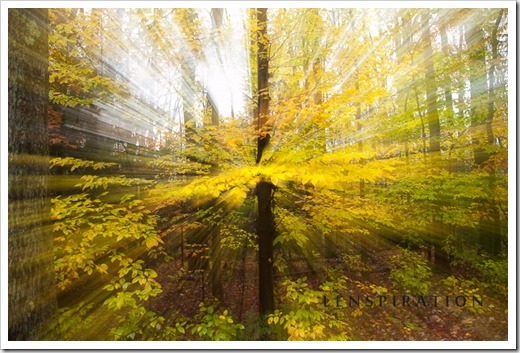 This incredible effect only worked if I started out the exposure completely zoomed out. The main landscape image would be recorded and then the zooming effect would be recorded as I was zooming in. It didn’t work the opposite way around. If I zoomed in completely, focused on a subject, began the exposure and waited a “sec” before zooming back out, the image looked kinda strange. Like this: 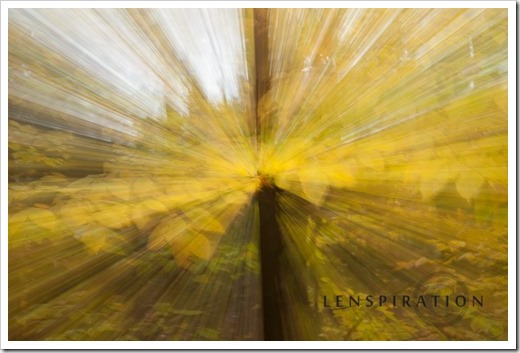 On a technical note, which will only matter to those who have got this far, take into account that your exposure reading will probably be way off if you’re trying the split-zoom effect. My pictures kept coming out overexposed because I would set the exposure at one end of the zoom and by the time I was at the other end, I was letting in a whole lot more light than the initial exposure called for.

And that brings me to the final point. Cut out as much sky as possible. It will be washed out, or utterly gray and incapable of displaying any zooming effect. Just compose to exclude it at the wide side, and I can almost guarantee you’ll like your shots better. I feel this shot of colorful leaves laying in the the mud beside a creek is a little too abstract for my liking, but it certainly did a great job of transforming the subject into something much more beautiful than it really was. 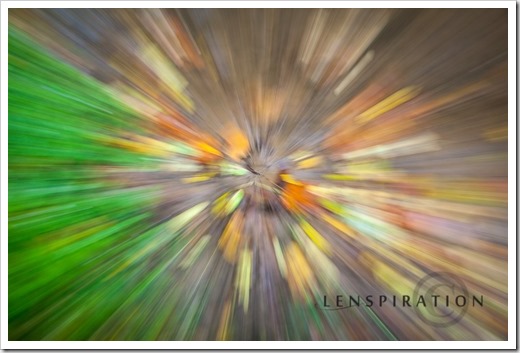 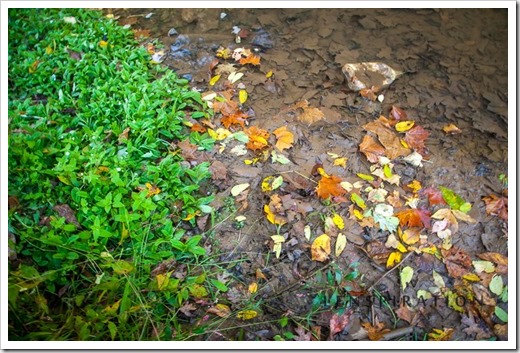 Almost any subject can work! But remember that the best images are usually the ones you have put thought into, making them what they are . . . the best.