It’s been a while since I’ve posted something! Been too busy wrapping Christmas presents, decorating Christmas cookies, putting up Christmas lights, practicing special music . . . and celebrating the birth of Christ on Christmas Day itself!

When I’m busy I don’t take many pictures. And if I don’t take pictures, then I don’t have anything to post about! But I always make time to take pictures over the Christmas holiday. Here’s a little tip for shooting Christmas lights that I personally challenged myself with while capturing the feelings surrounding the Christmas celebrations this year, and examples of how I tried to do it.

Using Christmas lights as a background element. This is what I challenging myself to look for and shoot for. I have a lot of pictures of Christmas lights as the main subject, like this shot of our decked out living room, but it’s not really the warm and cozy feeling I was looking for. 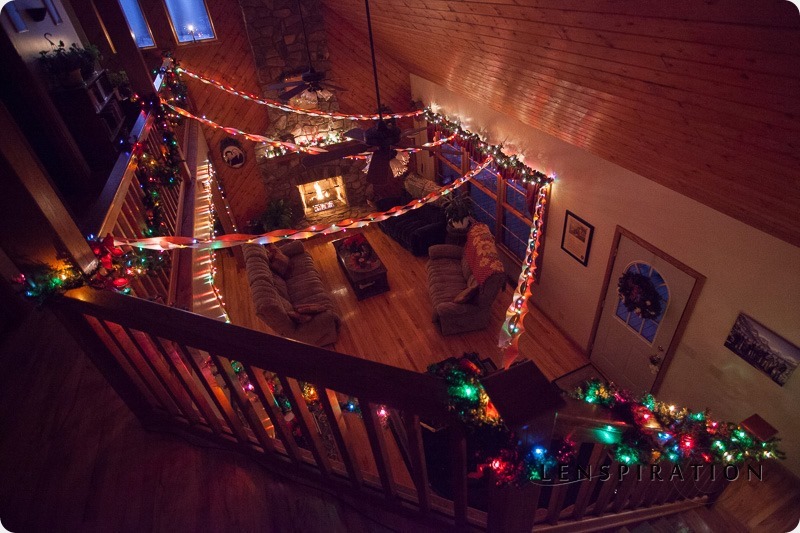 I just knew the feeling I was looking for this year would only be captured if I was using the Christmas lights as a background element instead of a main element. Like the color of sunrise or sunset. If you think about it, the actual color of sunrise or sunset in and of itself is not really that interesting. The color is one element of many that, included together, create a dramatic image. And so, for me, this year, I was making a special effort to take my Christmas light pictures up a notch.

To accomplish the effect I was looking for, I determined what I needed to use was a very wide aperture, zoom in on a subject, and then focus on that subject a good distance away from the Christmas lights in the background. 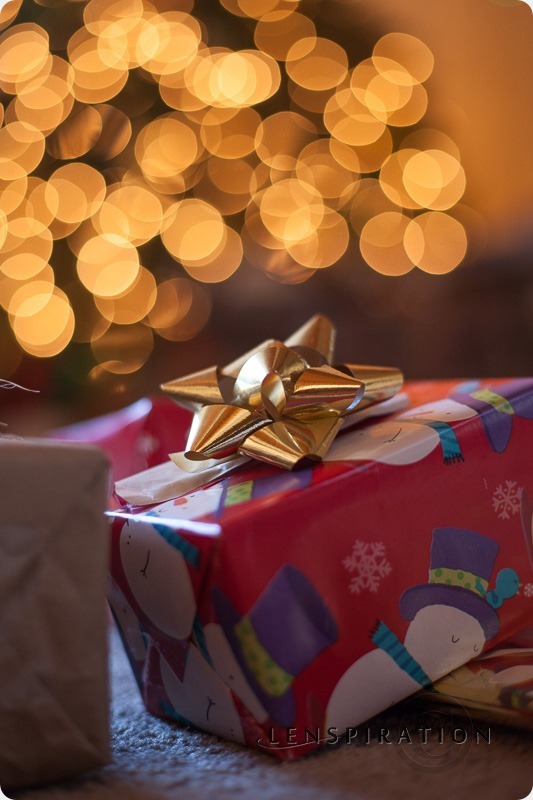 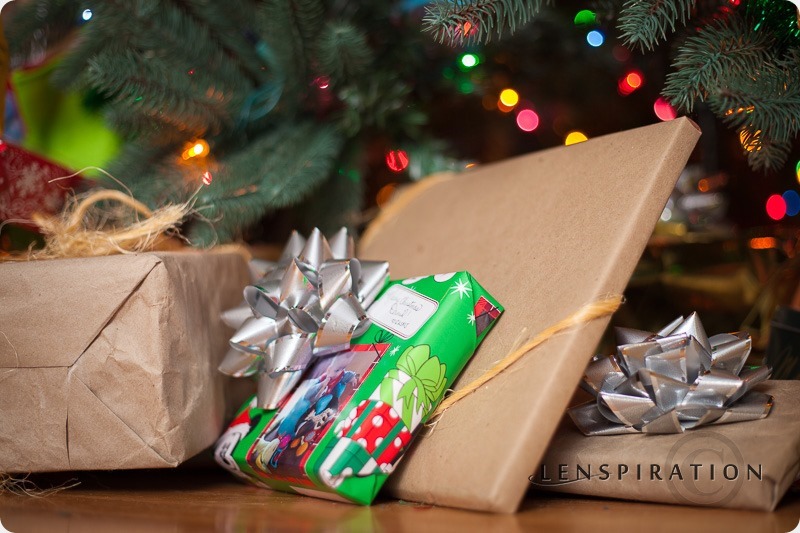 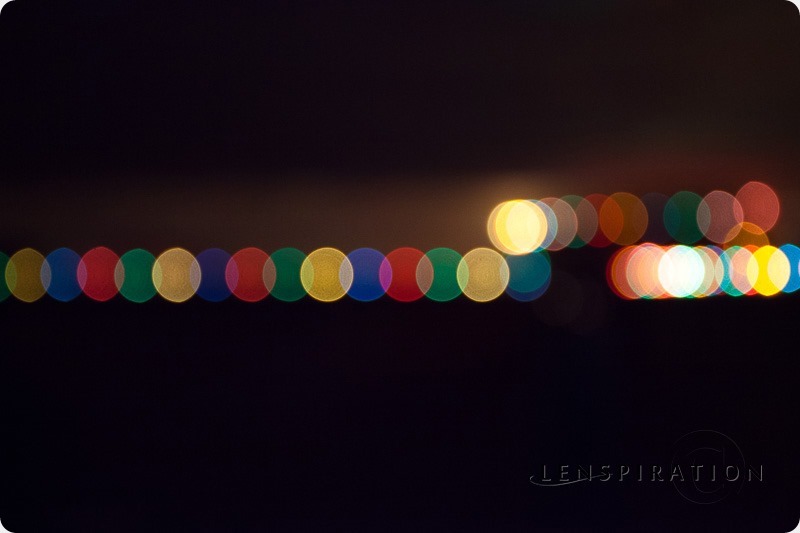 This shot is sort of a variation on the theme. The effect is created the same way, except instead of focusing on something in the foreground, I didn’t focus on anything at all. I just switched the lens to manual focus and put the entire scene into an out-of-focus point that turned the Christmas lights into some interestingly colorful shapes. I don’t necessarily think of this shot as a great one, but if nothing else, it’s a creative idea. 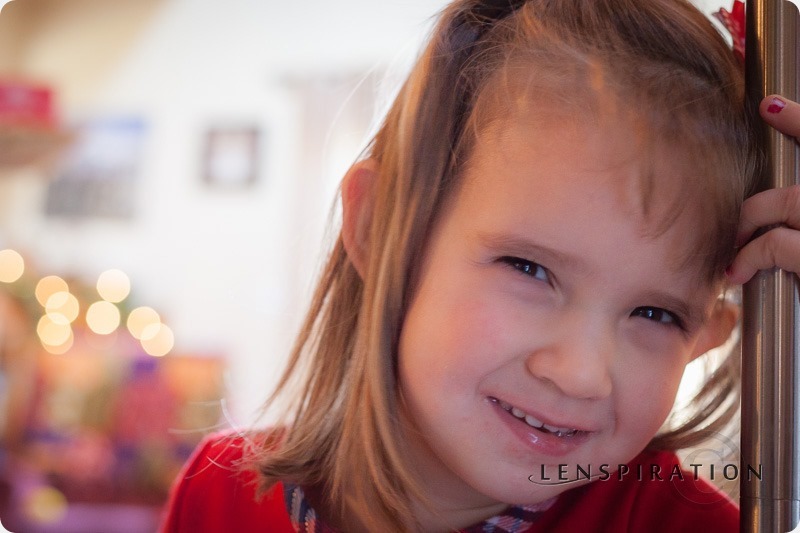 Blurry Christmas lights in the background are awesome for pictures of people. I didn’t take many pictures like this, but the same concept applies. F/4.0 is what I used for this shot which gave me some depth-of-field leeway with an active, Christmas-excited 3 year old. 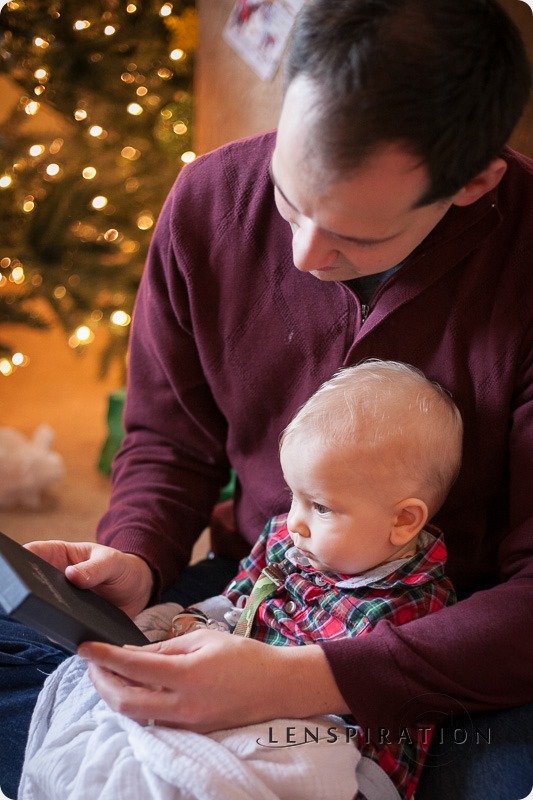 Some subjects are less active, and thus easier to shoot. But positioning myself in such a way as to include the Christmas lights in the background helped to tell the story of family spending time together on Christmas morning. 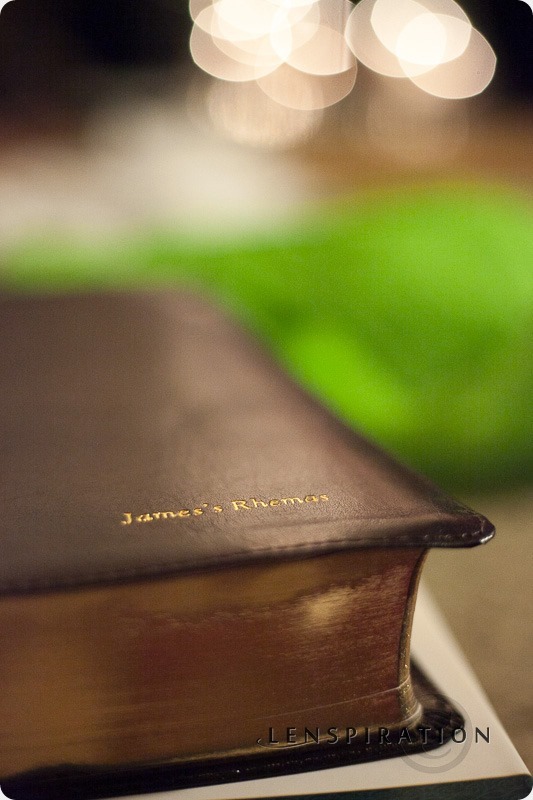 “The people that walked in darkness have seen a great light: they that dwell in the land of the shadow of death, upon them hath the light shined” (Isaiah 9:2). 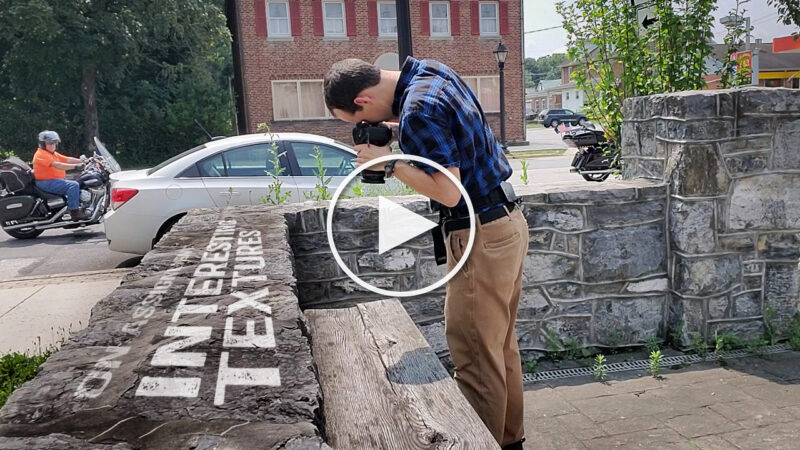