Scouting Perth, Australia, from my Desk in West Virginia

The Photo Critique forum topic called “Cityscape” turned out to be a rather in-depth discussion on several interesting discussions .

The topic started off with a picture of the Perth skyline from a forum member from Australia. His initial question was as to whether or not a more narrow aperture would have made a difference in his picture. 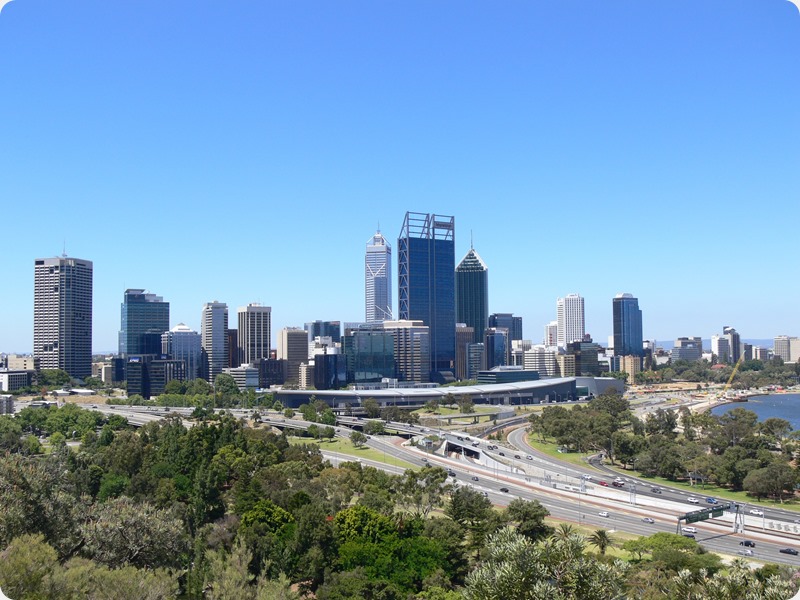 The answer, as explained by snowflake-photographer buddingphotographer, was “no”. And how did he know? It’s amazingly simple. By using a depth of field (DOF) calculator. He provides a link to the calculator here in the topic.

After some good composition advice from member DanCope which JoshuaOng mentions was new information for him, a comment was made about what the image might be like during the golden hour. I asked for GPS coordinates of where the picture was taken so I could find out. A few replies later, with the GPS coordinates in hand, I was able to make some conclusions using Google Earth!

Assuming the picture was taken at this overlook in King’s Park, at the State War Memorial . . . 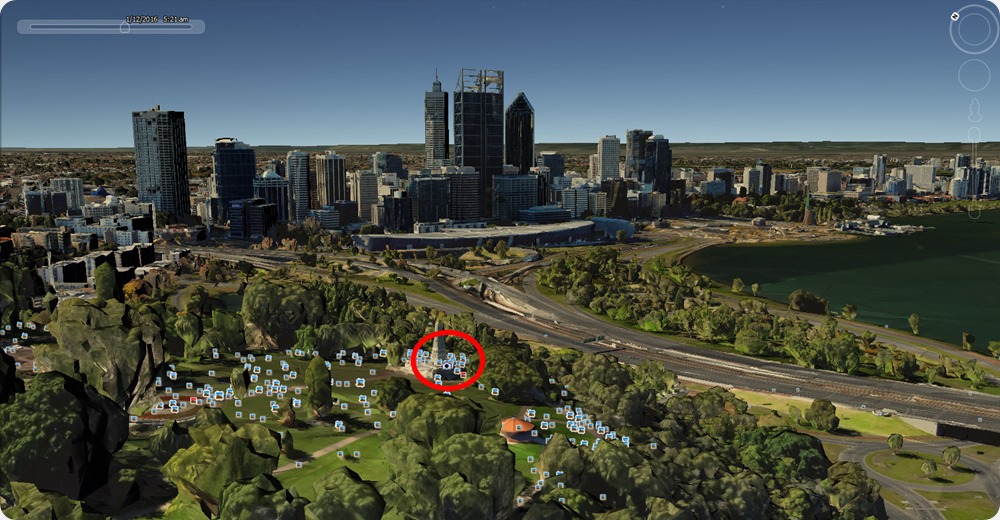 This is how the sunlight might fall on the buildings at sunrise today: 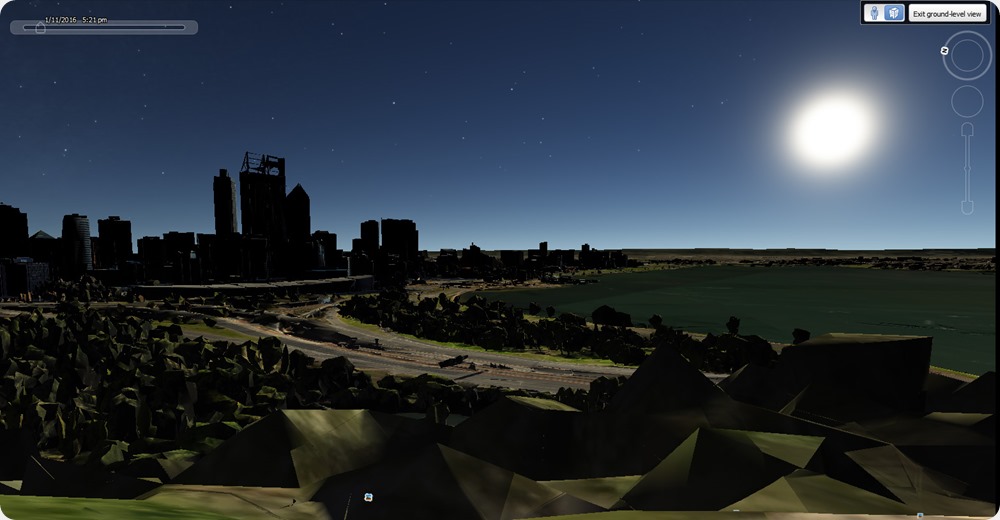 The sun would rise and be visible close to the horizon, making for excellent golden hour light! Problem is, because the skyline is more or less facing in a north/south direction, the buildings would all be in shadow. Depending on what the clouds are like, this spot might make for a great silhouette shot right after the break of dawn.

And this is how the sunlight might fall near sunset today: 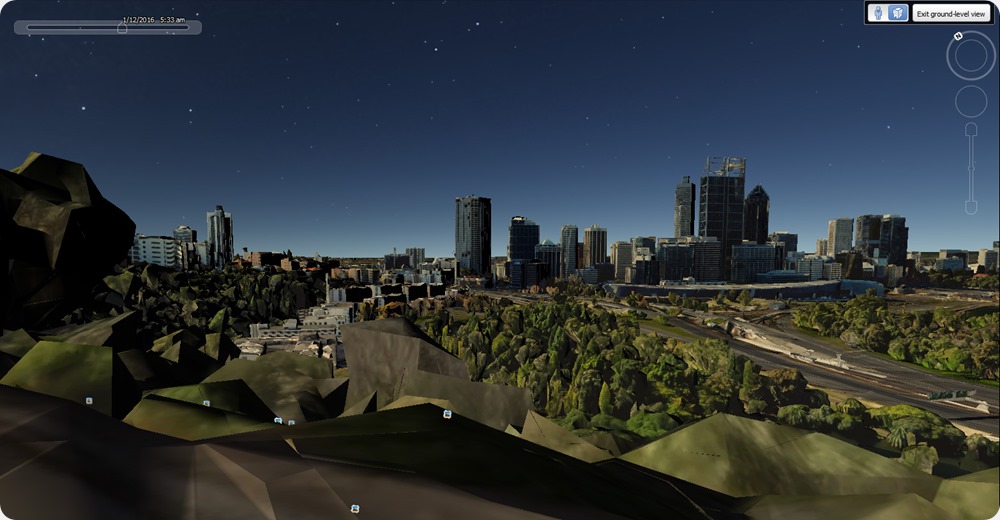 A much greater chance of visible golden light on the buildings! But the disadvantage would be that the foreground would mostly be in shadow, I think, due to the hill, as Joshua had described earlier in the topic. However, I think that if the entire foreground was in shadow, I think the buildings would stay in full sunlight until the sun was very close to the horizon. The hill is only about 120 meters high from what I can tell with Google’s topo map, and that wouldn’t obstruct the sunlight from reaching the towers much during the golden hour. That’s at least my conclusion from my research sitting at a desk here on the other side of the world. 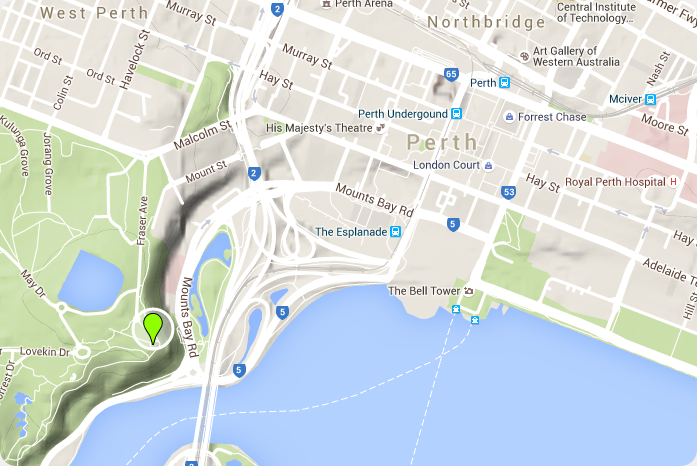 See those gray contour lines running along the hillside below the green pin? With a bit of super sleuthing, I was able to figure out that each one of those contour lines are 40 meters apart from each other. That’s how I was able to deduce the approximate height of the hill.

And how did I get a topo map? Thankfully, it’s easy to view in Google Maps. Just go to maps.google.com, click on the the menu icon and choose Terrain. You now have the option to view topography and elevation! Really good stuff to know for online scouting, before actually arriving in person.

The topic on “Cityscape” just keeps going from here! What times of day exactly are actually regarded as “golden hour”? Is it true that numbers in photography are always “opposite” to actuality, as seems is the case with aperture numbers? How do you shoot beautiful sunsets when you have an ugly foreground?

These forums are truly a great place to grow! Please feel free to join in. Join the FREE Membership to unlock an unlimited world of answers and information to keep you growing in your skills as a photographer!