How Do I Conduct an Engagement Photoshoot?

That was the question I had a Sunday a week ago. You see, my brother Daniel just got engaged!

I’m still a little bewildered with amazement at how quickly things happened, seeing as the courtship was short and not well-known. But reality had to set in eventually, and it finally began it’s giddy approach in the moments before heading out into the beautifully warm, North Carolina outdoors for an actual engagement shoot.

I had only photographed one engaged couple before, and that was unofficially many years ago, so I was at a loss for how this one would be conducted. But thankfully, I wasn’t in charge this time. Jessica, Daniel’s fiancée’s sister, runs a business specializing in family portrait photography, so she was the one who was prepared and masterfully conducted the whole thing. I was just a second shooter. An observer. And here are a few of my observations:

Be prepared with props. This was the first thing I noticed that made this photoshoot highly effective. Jessica had slates for writing on, a big “&” symbol and “LOVE” letters for the couple to hold, a blanket for them to sit/kneel on . . . you name it, it was probably in her big bag of props. We hardly had any time to use the majority of what she had, but one thing was for sure, she was prepared, and it really made for a creative and engaging photoshoot. 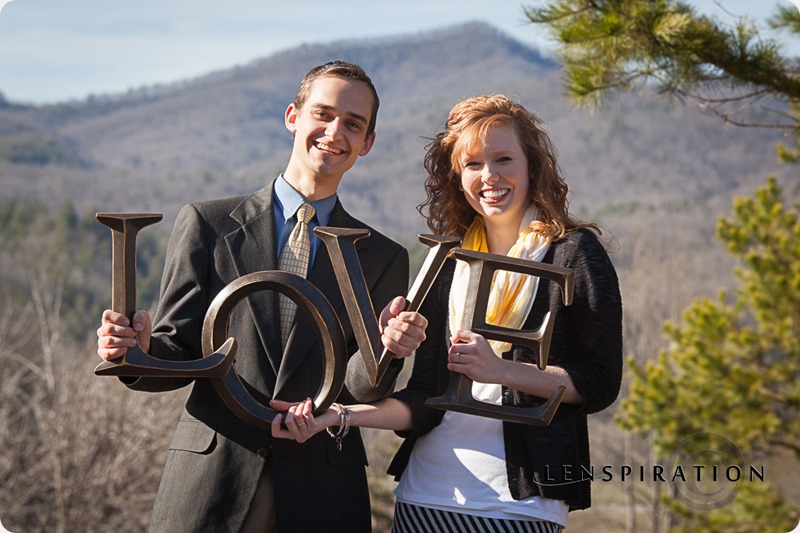 Take the time to set up the shot. The more time Jessica spent in setting up the shot, the better it turned out . . . sometimes. This is a mindset that I have very much have to learn, due to the fact that I do a lot more photojournalism than portraiture, and there practically no setup involved in photojournalism. But when she had a pose in mind and took the time to get it set up right, she didn’t have to take a million photos along the way. This doesn’t mean it won’t take multiple tries to get it right, it just means that it’s better to get a setup right than it is to take millions of photos. 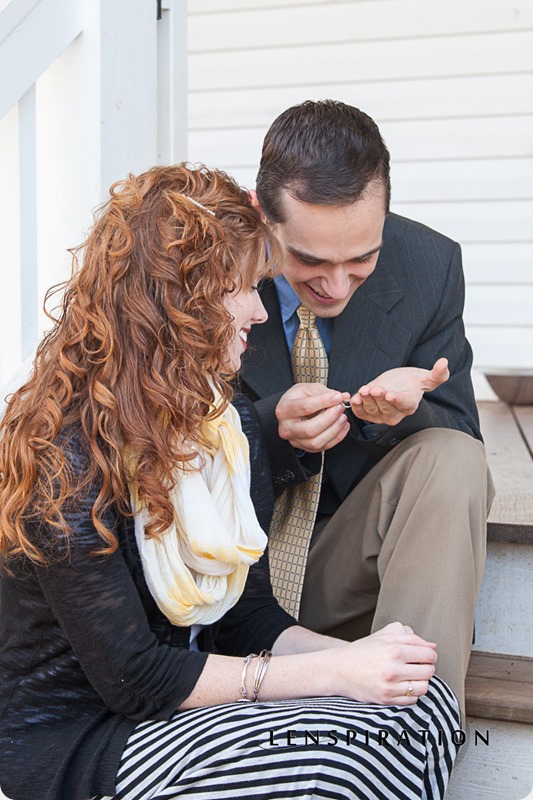 Capture real expressions. I do a lot of landscape photography too so I shoot what already exists. The best expressions don’t just “exist” most of the time. Jessica really engaged her subjects and made sure she was pulling out the genuine expressions even if they may not have come naturally. 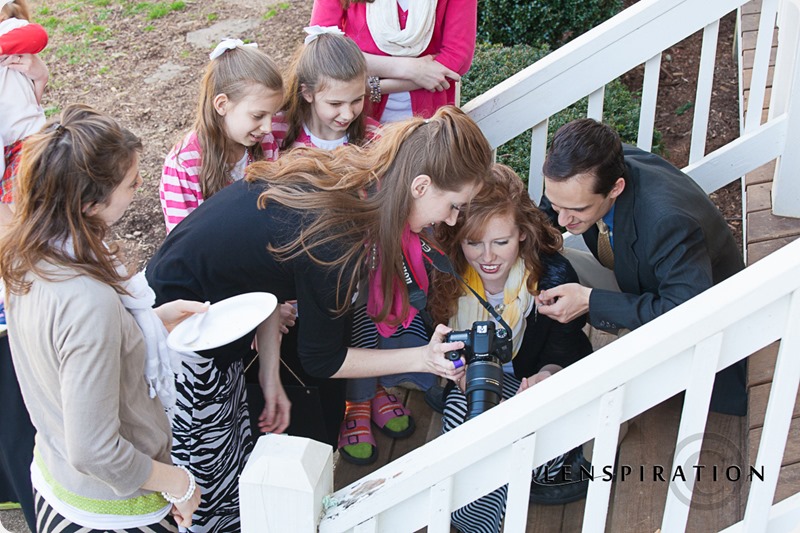 Choose variation in backgrounds. It’s so easy to get tied up in one location, spending the majority of time in the same surroundings. This results in one style of picture from the entire photoshoot. This isn’t bad, but variety is always a nice. Backgrounds help a lot with variety. It wasn’t easy, being the beginning of March, but no leaves on trees doesn’t deter a creative photographer. 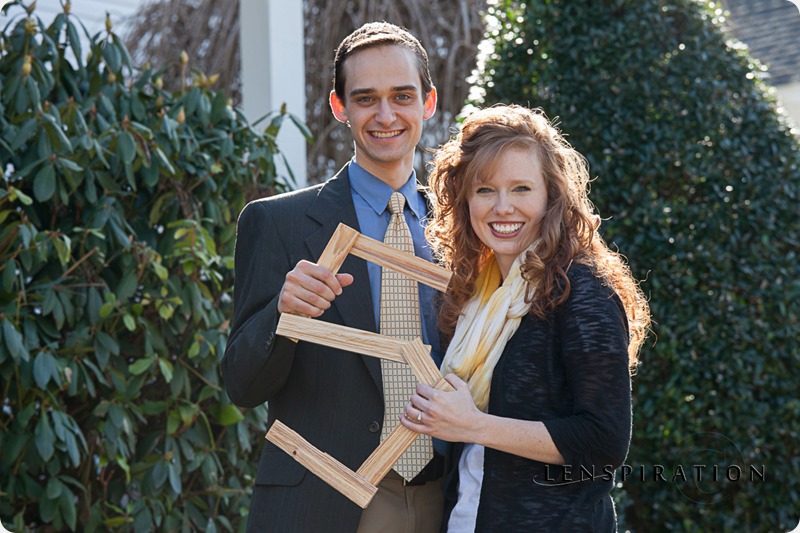 I can tell you for sure, there are a million other things I could talk about from my observations during this photoshoot, but how about you go make your own observations? Do you know of any photography friends who will be conducting a photoshoot soon? Are there any workshops in your area you could attend to watch an expert in their trade? Observation is one of the best keys to becoming a better photographer.