About the Shot: Cerro Colorado 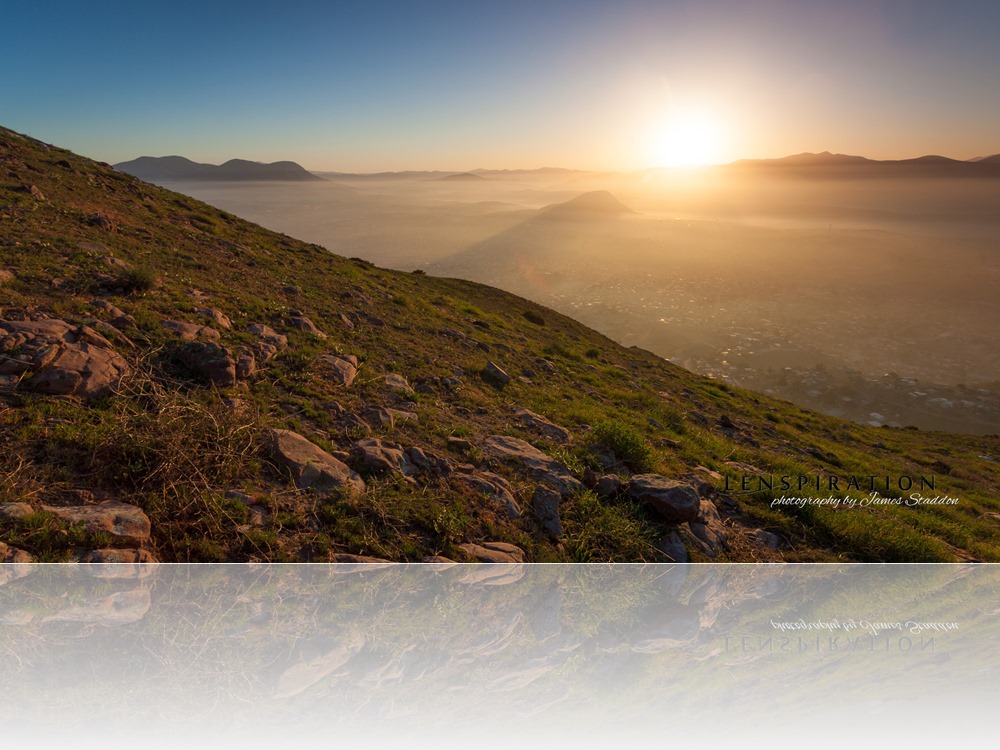 Cerro Colorado stands 1000 feet above the city of Tijuana, Mexico, and access to it’s slopes are not that far of a walk from the MissionTalk ministry center where I’ve been staying for the past few weeks. One morning, some friends and I got up a 5:00am to start an early morning trek up the mountain to see the sunrise. We were at the base by 6:00am. None of us had ever hiked this mountain before, but we decided to just scale it by going straight up one of the ridges. It was very steep at first and we had to get around some vertical rock outcroppings, but thankfully, there was very little undergrowth, and before too long it “leveled off” to the grade that you can see in this picture. By this point, it was very close to sunrise, so I was on the lookout for elements to use in the foreground of my pictures. Not everyone in the group were as interested in photography as I was, so I would lag behind at a spot a liked, snag a few shots, and then jog ahead to spend a little more time at a second spot, playing a sort of leap frog game up the mountain side. When the sun finally came at 6:24, it completely transformed the the mountainside and the smog-filled valley below with golden color! That was a most awe-inspiring moment.

For most of my shots that morning I was using Manual mode. This shot was taken at f/11, 1/80sec, ISO 100, 17mm, my widest focal length, and with a 3-stop graduated ND filter. I decided not to bring my tripod, so I was hand holding all my shots, keeping an eye on the shutter speed to make sure it was fast enough to keep camera shake from being a problem. Using one central autofocus point, I used the focus/recompose method to keep the focus on the rocks in the front-middleground. Because for this shot I didn’t have any particularly strong foreground element and was using a relatively narrow aperture, I didn’t have to worry too much about depth of field. In post, I brightened up the foreground, but not so much to make it look unnaturally bright. This is a common mistake in editing high-contrast situations.

Before too long, the beautiful golden light was gone, and we finished the hike to the top of the mountain. It was definitely worth getting up early for. Though barely 1000 feet above sea level, the barren surroundings reminded me a lot of the first time exploring alpine mountain sides in Alaska. Deserts of the West may not be as beautiful as the lush greenery of the East, but the expansive views that barren countryside offers at almost any elevation definitely makes taking pictures easier.

For more pictures from our hike, you can view my Lenspiration Facebook album, Fun Times. Do your vacation photos turn out like this? This wasn’t more than a social hike with friends, but with an understanding of equipment and principles in photography, your vacation photos can still have a marked difference than the typical snapshot. Learn more on the Lenspiration Community. 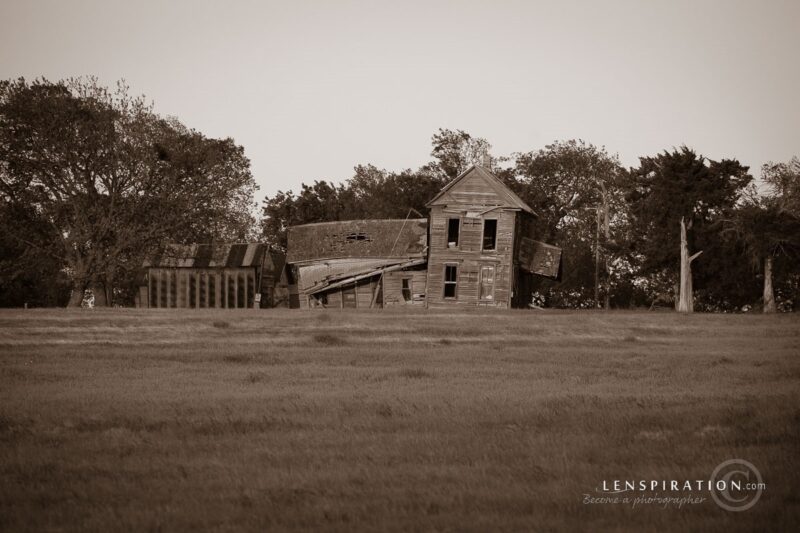 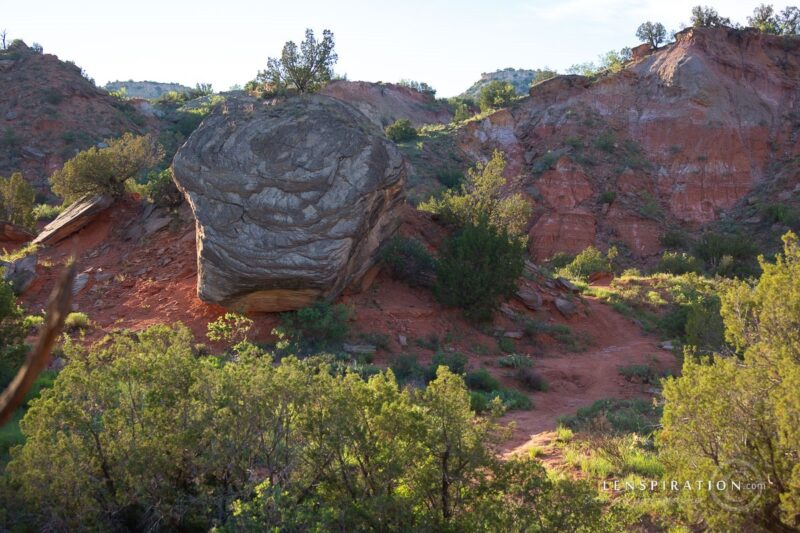 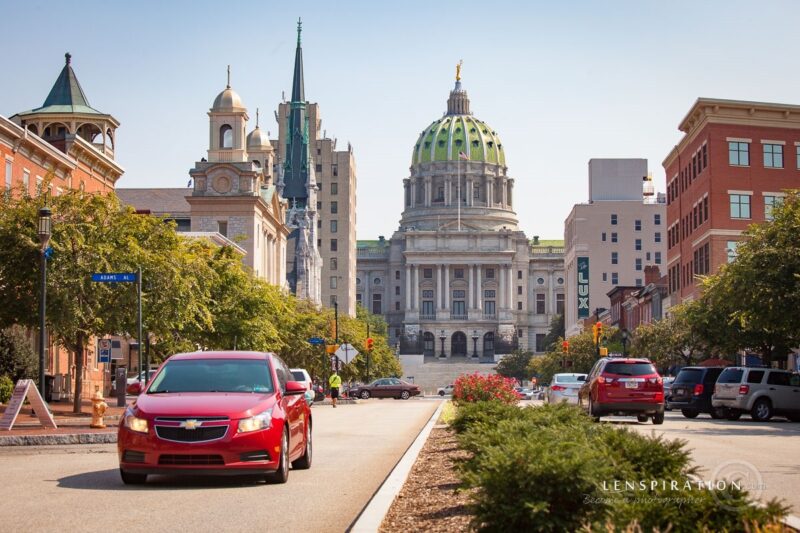 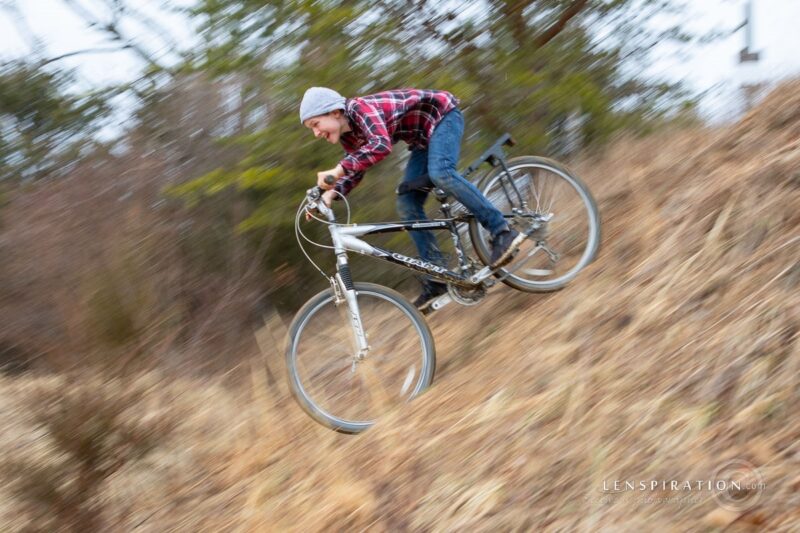