A Story From Gibson Ranch

Back in July, after the Sacramento Family Conference, there was a group of conference staff that needed to get to the airport early Saturday morning. Even though it meant getting up at like 3:30am to get them there (and we were all exhausted from running the conference that week), I volunteered to do the airport run because I knew I could rest up afterwards during the day.

It worked out well. We got up on time, we left on time, I dropped them off on time. And by the time I returned to Gibson Ranch (the place I was staying), I was ready to go back to bed.

Problem was, it happened to be a full moon that night. I could see it all the way back from the airport. Watching it move slowly closer and closer to the horizon helped me stay awake. By the time I got back, it had just about touched the horizon. It was almost sunrise. How could I pass up this opportunity to photograph a full moon setting over a California landscape? I’m not in California every day! I could go to bed after shooting it.

So as soon as I got back, I grabbed my camera and tried to find the moon again. Sadly, I was too late. 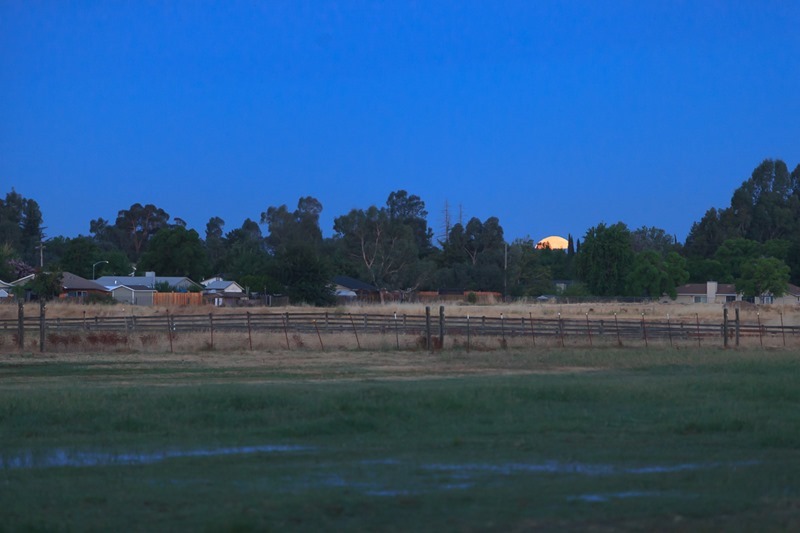 I almost went to bed right then. But there happened to be this little lake on the Gibson Ranch. Every morning of the Conference I told myself I would make time to shoot it. But Conferences keep one busy. Now was my opportunity. How could I pass it up? It’s not every day that you get to shoot a sunrise over a lake in California, right? So I went to the lake to shoot it. And thankfully, this time, I’m glad I did. 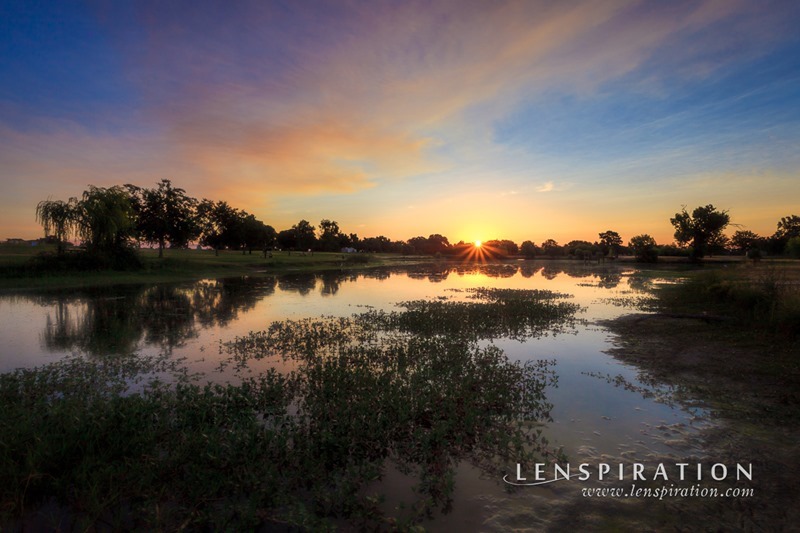 On my way back to the cabin, I took one last shot before crashing in bed for the rest of the morning. 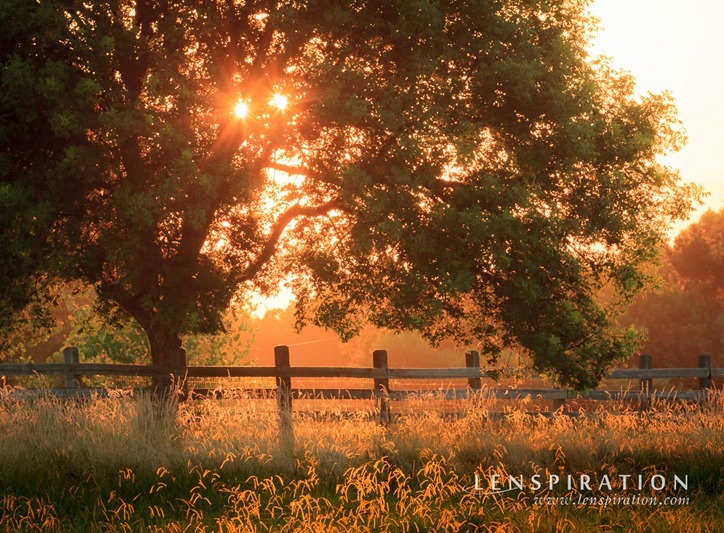 This is generally how most stories end. I generally shoot landscapes for the fun of it. It’s hard to convince myself of it sometimes, but often, I often get up to watch or photograph sunrises “just for the fun of it.” I’ll use pictures from these sort of excursions as much as I can: portfolio, stock, training material, promotion, etc.

But sometimes, pictures happen to go a little further.

The other day, I received this a Facebook comment from Gibson Ranch. They suggested I submit the photo of the tree for a photo contest they are running.

It seemed like a fine idea, so I went to read the fine print. By submitting my photo, it gives them permission to use it however they want on their website. As a professional photographer, this is definitely something I need to take into consideration. This is generally how the rules go for most photo contests these days. On the one hand, I want to make my work exclusive; if I want to sell it, I should not just be giving it away to anyone who asks for it. On the other hand, I want to be generous to the ones who benefited me by allowing me to take pictures on their property. Plus, since they would allow me to watermark the image I submitted, it had the potential of increasing awareness about Lenspiration and reach out to a different audience than I would normally have access to.

So I submitted it.

Has it helped Gibson Ranch? It looks like it. They’ve used the photo as the header image on their website now.

Has it increased awareness about Lenspiration? To a degree. Someone on Facebook has asked about purchasing prints of the photo.

Will it benefit Lenspiration in the long run? Most likely not. But doing things for my own benefit isn’t the purpose of Lenspiration. Lenspiration’s goal is to provide a wholesome place for photographers to learn photography. Giving a photo to Gibson Ranch isn’t going to reach that goal directly, but who knows how one single picture, taken and given in the spirit of excellence, quality and wholesomeness (which is simply “beauty” as God defines it), may, in the long run, inspire some random photographer to pursue excellence, quality, and wholesomeness themselves? Only God knows. And that’s enough of a benefit for me.

UPDATE: Here’s a video, Finding Extraordinary Photos in an Ordinary Park, that shows you a little bit about what it was like taking pictures that morning!