Behind the Shot: Middle of Nowhere

I’m amazed at how little time I’ve had to edit my photos and write about my travels this spring! It’s been all I can do to keep up with emails, the Shoot to Serve assignments, the Convention Photography Teams and booths, and figure out where to sleep and what to eat each day.

I’ve been posting photos of my Convention-season journeys regularly on my Instagram account, but one of the more memorable places that we have stopped to camp between Conventions was in Carson National Forest, New Mexico. 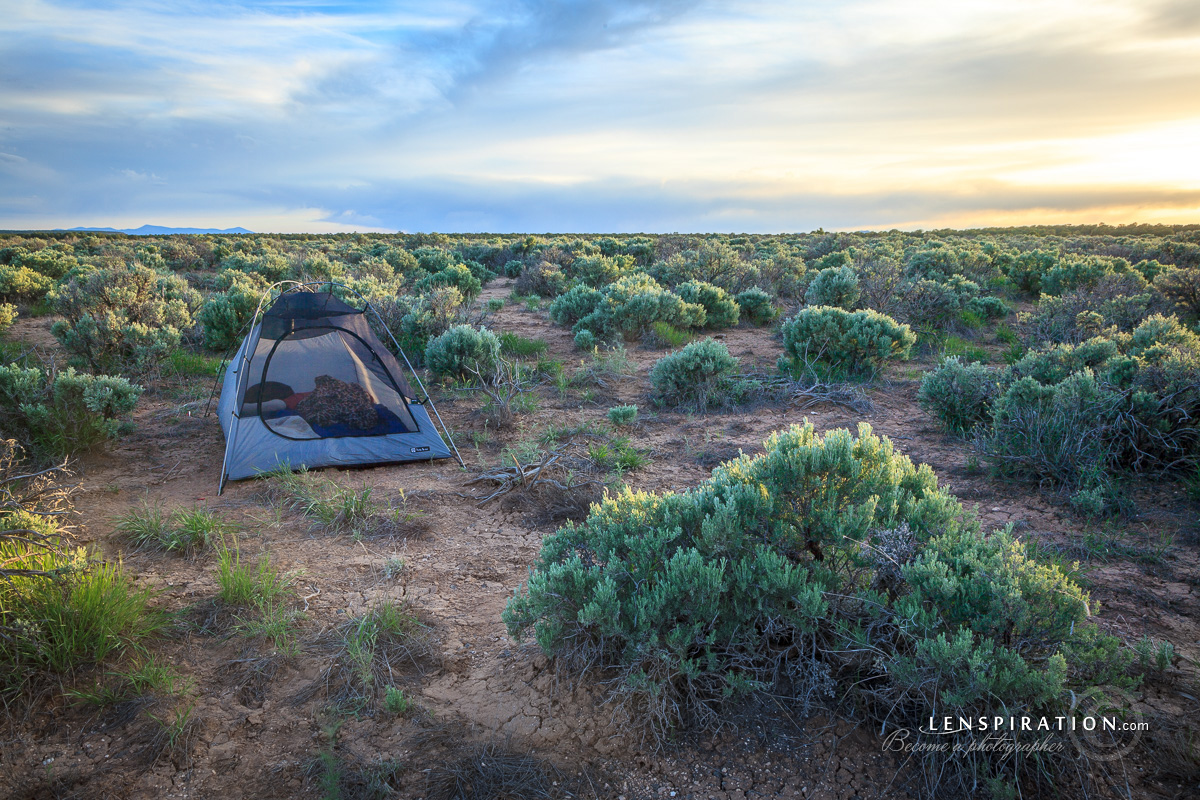 In order for me to get work done on the road, each camping location needs to have at least 2 bars of 4G. Driving up to Denver from Dallas, I had in mind to find a place in this massive National Forest to spend the night and work a bit. Surely there would be somewhere that had 4G! Verizon’s website even showed that in this large plain between mountain ranges 4G would be available.

But driving up and down the highway, we just couldn’t seem to find it!

Finally, we decided to pull off down an old dirt Forest Road where there was 1 bar of 4G. I hoped the work I wanted to do the next day wouldn’t need to be Internet intensive.

Well, after getting far enough from the highway that we could camp, it went down to like 1 bar of 1X or something. I was quite perplexed. Scenarios of what we should do next bounced around in my head as Jonathan bounced the car further into nowhere.

And then, bang, 3 bars of 4G just appeared on my phone! Literally, in the middle of nowhere. And it was right at this point where the landscape opened up to beautiful views to both the east and west! It was like, ideal  (except for maybe 5 bars of 4G

I was hoping for good, and God brought better. It doesn’t happen every day, but I thank God for allowing it to happen that day.

And it just so happened to be right around the time of the full moon. So that made it ideal-er, if that’s even possible.

Carson National Forest, New Mexico
Get the Latest from Lenspiration updates to download as a desktop background