Detailed Photo Editing On Your Mobile Device Is Actually Possible With These 3 Amazing Apps!

A photo has been chosen! In response to Sharpening Character’s request last week for a picture that depicted the message of Proverbs 16:9&18, members submitted pictures on Shoot the Serve and now one of them has been chosen for their weekly VersePic! View the final product on their website, www.sharpeningcharacter.com/versepics

But they didn’t just choose a photo! Ben, Sharpening Character’s VersePics director, has taken the time to plainly and thoroughly explain step by step exactly how he edited the photo to meet the goals of his project. He blurred the background using masks, he edited out ghosting, he added text and watermarks . . .  but get this . . . all without using a computer. He’s an expert at editing photos on mobile devises! Let’s learn how he did it:

Hello Lenspiration Community! I’m Ben, the VersePics Director for Sharpening Character. Basically, that’s just a fancy title to say I create all the VersePics and head that ministry up. First off, thank you for your contributions illustrating Proverbs 16:9&18!

Before we get into my explanation of edits, I need to explain something. I don’t have Photoshop. In fact, I don’t even have a laptop or a desktop to edit photos! All editing, and I do mean all, is accomplished with my trusty iPad Air 2, and a bevy of fantastic and powerful apps! I’ll explain more about them here.

I’m not going to lie, this picture was a challenge to work with, with the large difficulty being resolution. All of my VersePics require at /at minimum/ a picture with a resolution of 2666 by 2000px. The submitted picture was 2000 by 1333px… Needless to say, I’ve dealt with this problem before, and after over a year of steadily making these VP’s (our nickname for the VersePics.), I’ve got a few tricks up my sleeve! One of my favorite tricks is blurring up to the needed resolution. This enables me to do something else. Notice the crop here. I’m zoomed in a ways, something that would be problematic even if the photo was the resolution I needed! Blurring a picture even slightly can instantly create a very high res image that can be cropped however I want. So, blurring. Great tool. Wait a second! Take a look at that blur. Notice anything special about the blur? Here is the original photo, cropped square, compared to the final product. 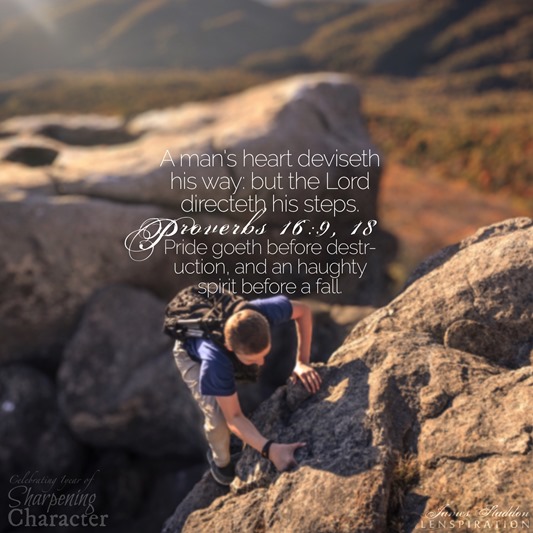 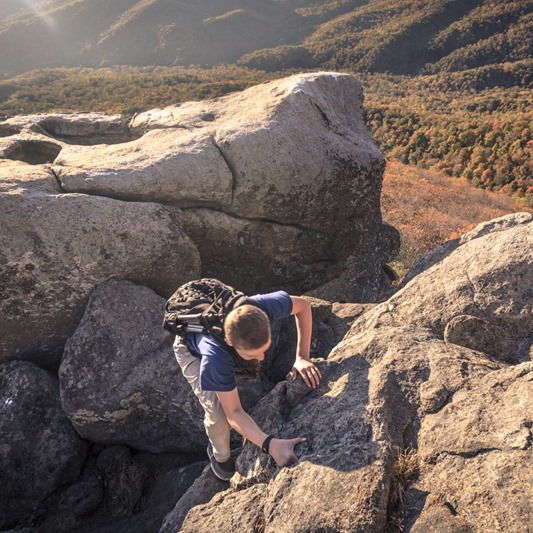 This blur is special! (And pretty complicated to create) I digitally recreated the depth of field that would have happened with a low aperture, complete with bokeh effect. (Bokeh is more noticeable at a higher power blur.) This is something I accomplished with Patch. Patch is a brand new app for iOS that mimics what the new iPhone 7 Plus’s dual camera setup can do in Portrait mode. In less geeky terms? Applies a cool blur to a background! Patch allows me to paint over where I don’t want the blur to go, or where the foreground is, and applies the special blur to the background! 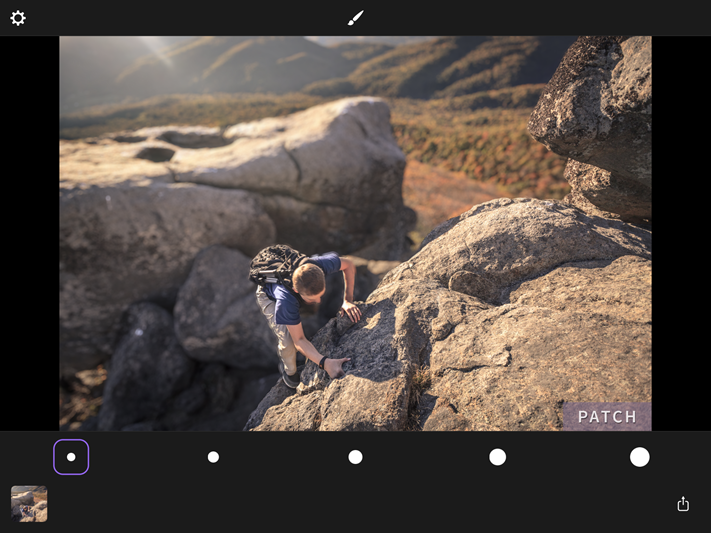 Its as simple as that! … Well, not really. This is pretty new stuff, and it isn’t flawless tech yet. It’ll look great on your next selfie, but for high res, high quality photography? Its got its problems. Large problems include both the accuracy of your selection of the foreground, and “ghosting”. The (simplified non geeky) way everything works in Patch is the whole picture is given a blur (you have five levels to choose form, the above picture shows the lowest one) and the selected foreground is masked onto the blurred background. This process, and the newness of the tech creates the two problems. The selection is a problem because there as of yet are no “soft” brushes for selection. Instead bots detect the correct selection based on your selection. This is handy for a quick selfie, but can cause problems in landscapes. (The app was originally intended for selfies, but the tech’s to good not to use!) Other problem is caused by the way the app works. It blurs the whole photo, then masks. If you take a look at the climbers shirt, you’ll see the effects of ghosting. Ghosting is caused by seeing the object that is in the foreground blurred in the background. The way to fix this is to blur just the background of the photo, and not the entirety, but the tech’s what it is for now, and we just need to deal with it until it’s had more time to figure itself out.

So, how did you deal with those problems? Good question. The answer? Spending a long time fiddling with it and keeping the final product in mind. Here’s the thing. I had to blur the entire image to raise the resolution, meaning the foreground had to be blurred as well. That means at the very least I would be blurring twice. That reason alone is why I could use this new tech. When the selection went a little haywire and left parts of the background un-blurred, using Pixelmator, my version of “Photoshop”, I just had to create a normal blur of the photo that looked similar to Patch’s blur, and mask the two photos together when needed, allowing for fine selection of the blur around the edges of the foreground. Similar problems, like the foreground blurring can be solved in the same way. Because I would be blurring the foreground slightly, the edge of the blur would look great as long as I did it well. (Unfortunately, I’m a perfectionist. I spent quite a while on that!)

Great! The selection is fixed! … Ghosting is still there though … Using the same technique didn’t work at all for some reason, so I used Pixelmator’s amazing healing tool. It utilizes Apple’s new (well, sort of new anyway…) graphics engine: Metal. It’s pretty cool. Anyway, healing worked!

Now that we’ve got the blur worked out there, lets move on to the actual edits. Honestly, I feel that the less edits you do, the better. If you have to spend hours and hours doing major things to your photos, while there are some exceptions, you’d probably better off just using a different photo! And yes, I know that from experience! As Andrew could tell you, there have been (many more than there probably should have been) times when at the last minute I’ve completely changed everything about a VersePic, meaning small, meaningful edits are of the utmost importance. All that to say, the blur was the biggest job. Once I had figured out what I wanted to do in my head, the edits themselves were simple. 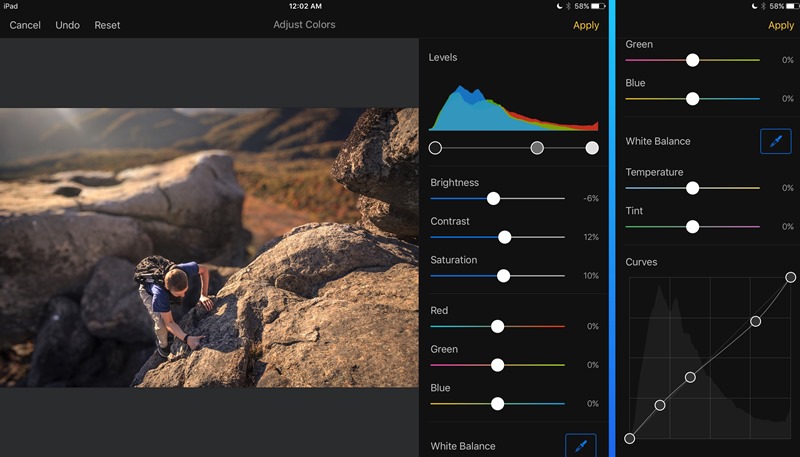 Doing some editing in Pixelmator

Not much, but it makes quite a difference! Notice the ghosting is gone, but I haven’t blurred the foreground yet.

One edit I think a lot of people get can stumble over is saturation. Pictures should be believable. Its a very important tool, but one to be leery of using. I use it here along with all of the other edits to create a scene that looks like it is sunset. The extra contrast just pulls it all together, making the picture look believable.

With that, I just need to fiddle around with the verses and reference! That usually can take around or over an hour making it look just right, as well as finding the right font out of my library of over… Umm. Who knows how many?!? Its over 300 fonts for sure, but I don’t have a number. For this, another app comes into play, who’s been my faithful companion for over a year and a half, and through which every VP has been made in. I can’t say enough for Over. Really. Can’t. In fact, I just won’t because I know that I’ll get carried away… (I always do…) 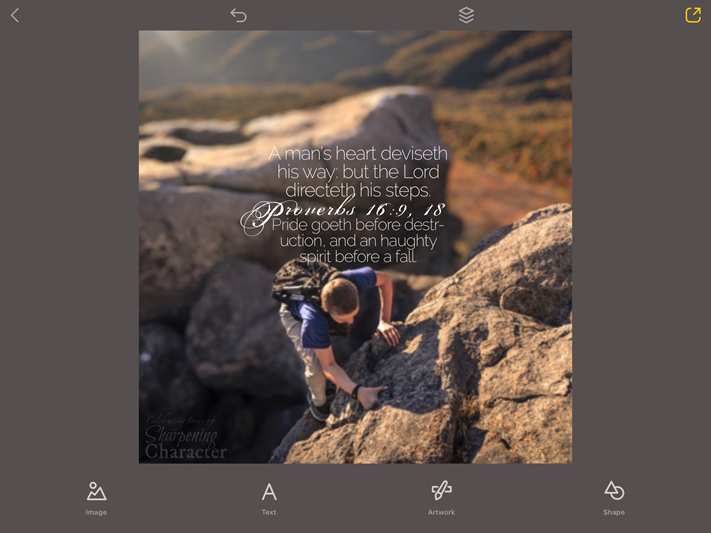 The foreground is now blurred, which brings the focus to God’s Word, where it should always be!

Thanks once again to all of you who submitted photos to help others meditate and memorize God’s Word!!! I’m excited to continue to partner with you all!

Wow, I think that’s pretty amazing! With the holiday’s so close, this week’s VersePic has been delayed and may possibly be postponed. Details are posted here.