Did you hear about the incredible natural phenomenon that happened this morning?

I’ll let NASA explain all the juicy details about it…..what I was interested in was taking pictures of it!

Here’s what excited me about it:

I was getting pretty excited about it!

But there was something I was a little worried about. Last night, I had done some scouting on TPE (The Photographers Ephemeris) to find a location close to me where I would actually be able to see the moon on the horizon. You see, as you know, I’m from West Virginia. There are plenty of places you get up high to see the horizon, but the problem is getting a clear view of it. Plus, most land is private around here so I’d have to get permission for a specific spot if there was a clear vantage point that opened up in the right direction.

The place I finally settled on was a cemetery just on the other side of town about 10 minutes away. Cemeteries are public and usually offer clear views, and this one happened to have a view in the right direction.

So, after personal and family devotions, I hopped in the car to see what I could see! 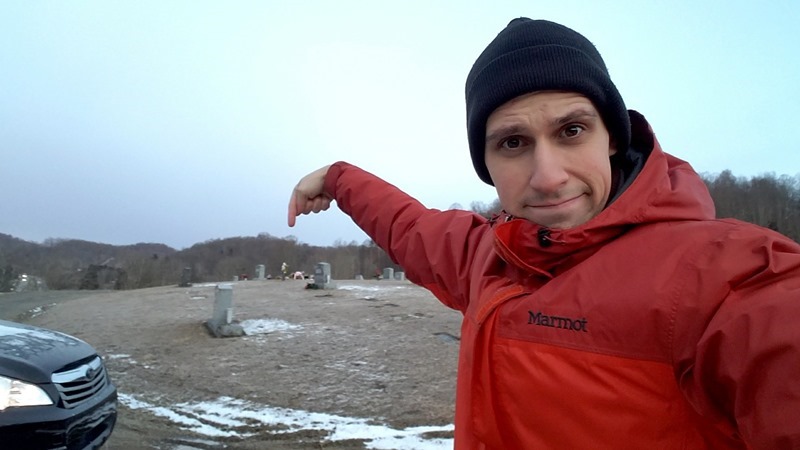 I think my little cell phone selfie tells the story.

The view was clear, but it wasn’t high enough.

In the opposite direction, to the east, there happened to be a think bank of clouds, too, so it turns out there was no colorful clouds or golden light either. There wasn’t a single thing to pull my camera out of of the bag for. 🙁

Oh well, it doesn’t hurt to try! Do the best you can. Leave the results to God. 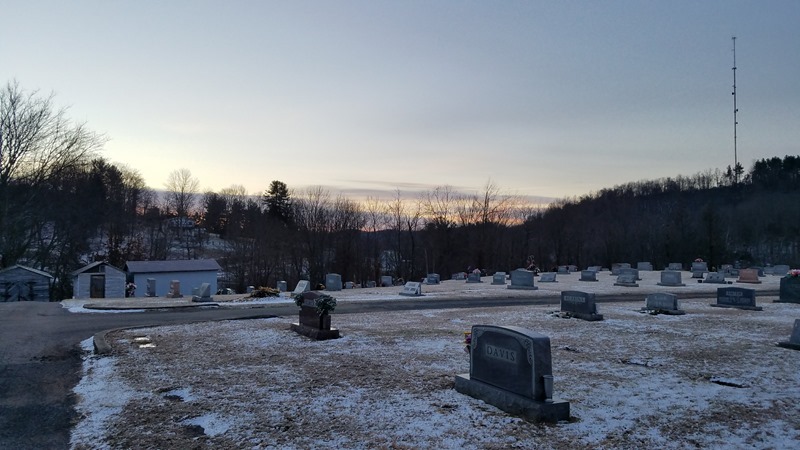